We are so close, and go so rarely.   So we decided to take advantage of the Cape Cod off-season, and went for a couple of days in January.  A little research found The Provincetown Inn was one of the few places open, and was reasonably priced.  It isn't fancy, and our room was small, but the inn in general could be considered "stately".  And the location is fabulous, at the end of the peninsula.  The inn has very good West, South, and East views.  The tip of the Cape curls inwards so that it actually angles South.

The ownership of the Inn had this eloquent and practical note on a feedback form in the room: 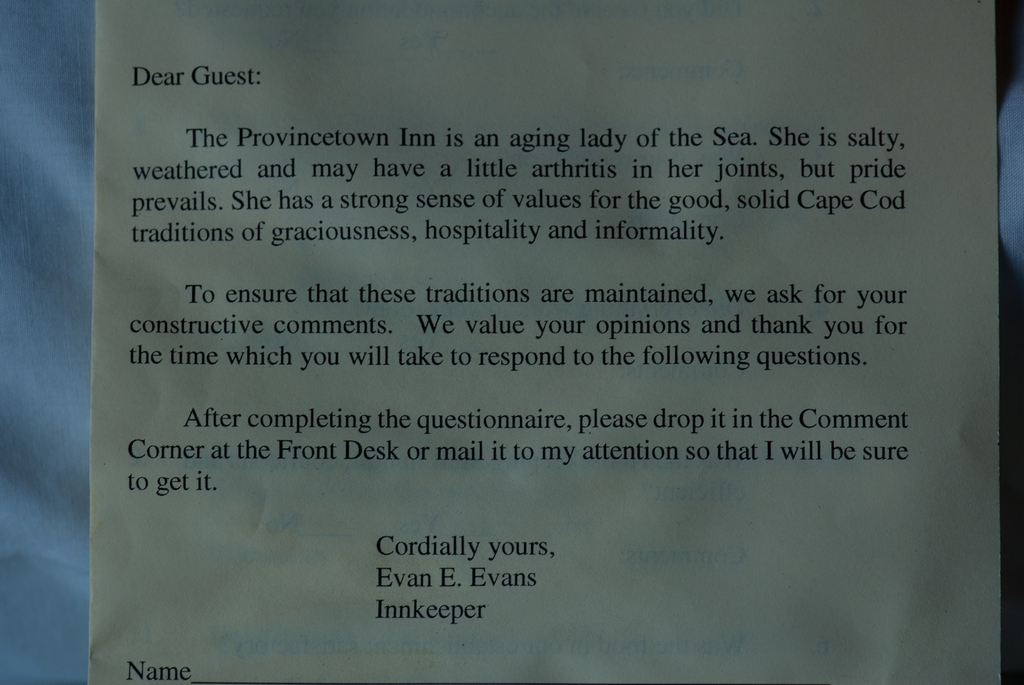 They did take that pride seriously.  There was someone painting the interior trim during our stay.  The room also included a decent breakfast buffet, which was very useful since we were off-season.

One of the advantages of the inn's location is that there is little obstruction of the view of the sky.  This was useful since in the end of January, when we were there, five planets plus the moon could all be viewed at once.    So we made a point of getting out and checking out the sky.  It was very lovely in the early dawn.  This next picture includes two of the planets we saw (Mercury near the center of the picture, and Venus to the right and up higher). 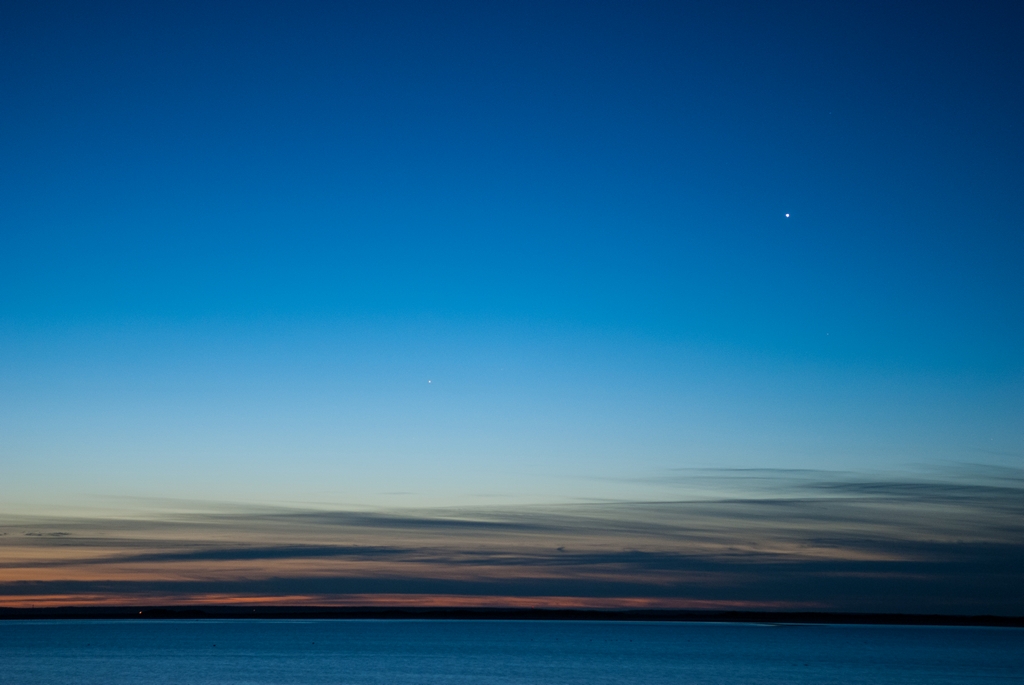 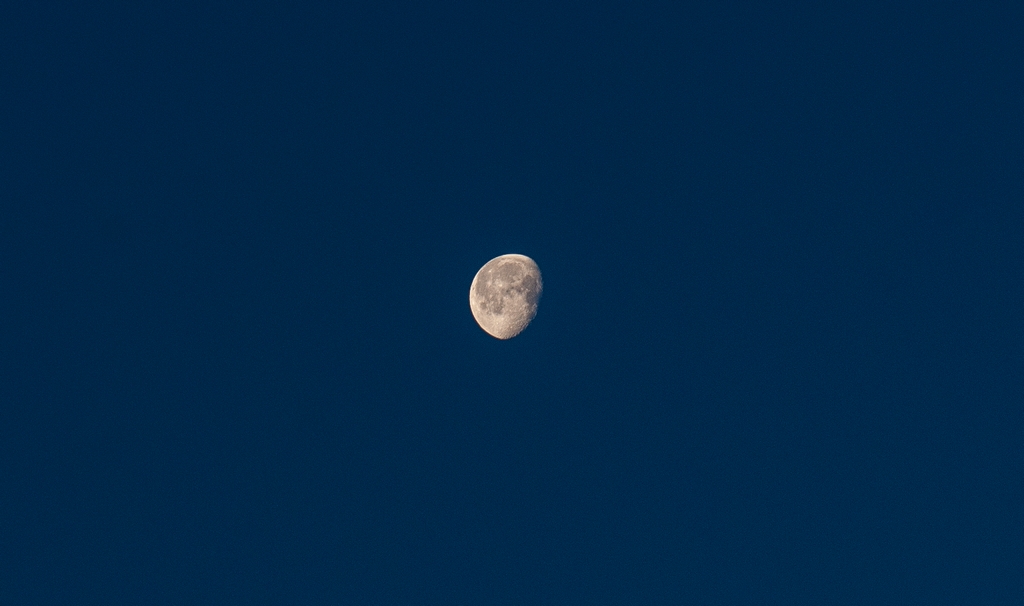 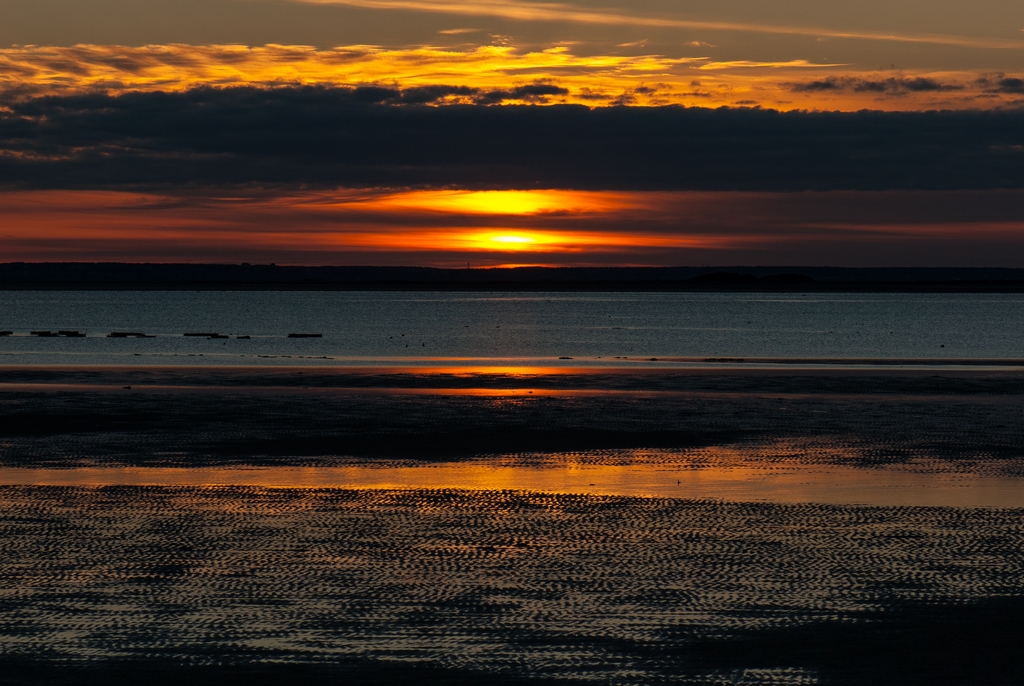 Provincetown in the morning 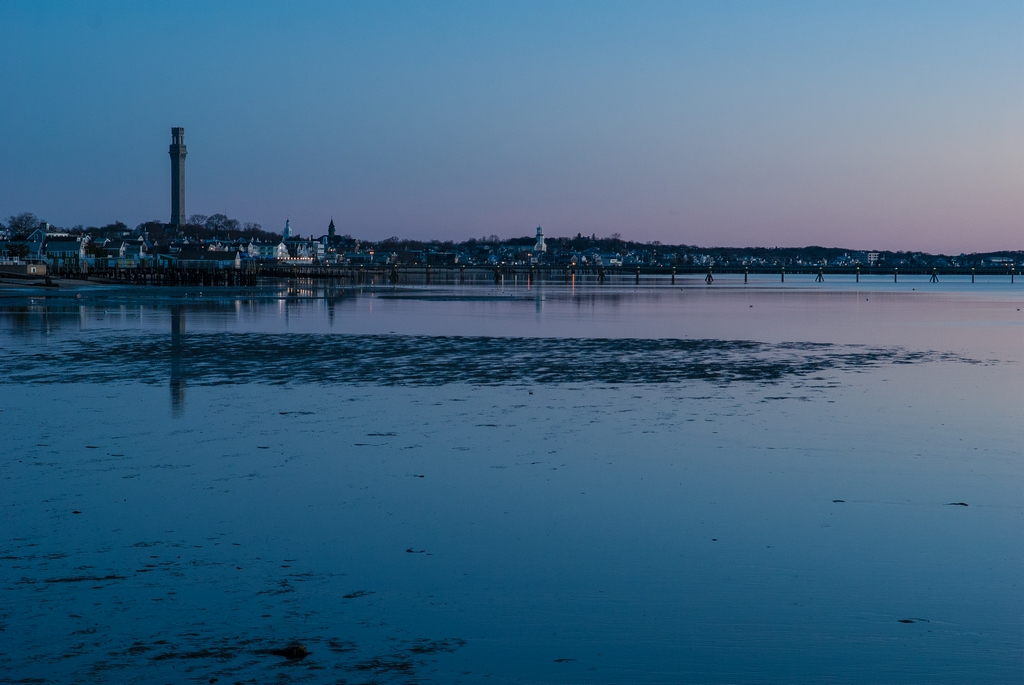 The previous night we had scoped out the area, and took the opportunity to take some pictures of Provincetown at night.  If you look closely, you will notice the stars look more like dashes than points.  This is because a 30-second exposure time was used.  (You probably didn't realize stars move that fast across the sky!) 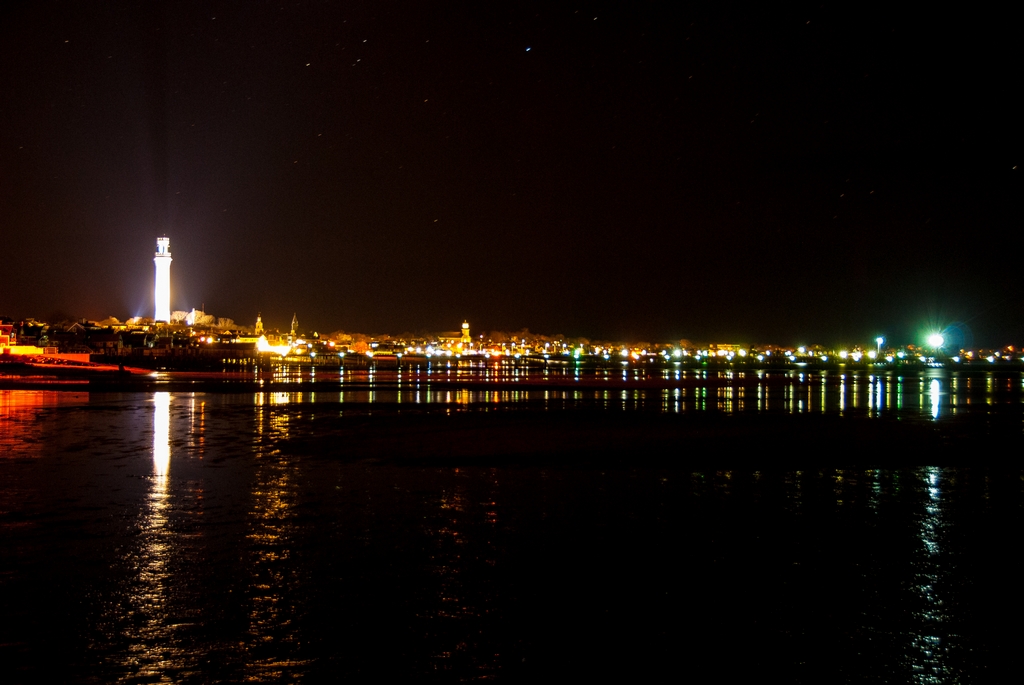 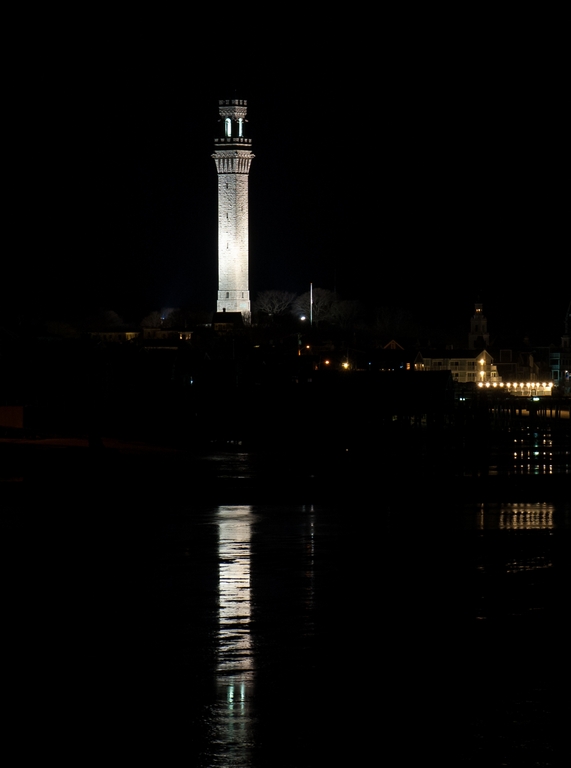 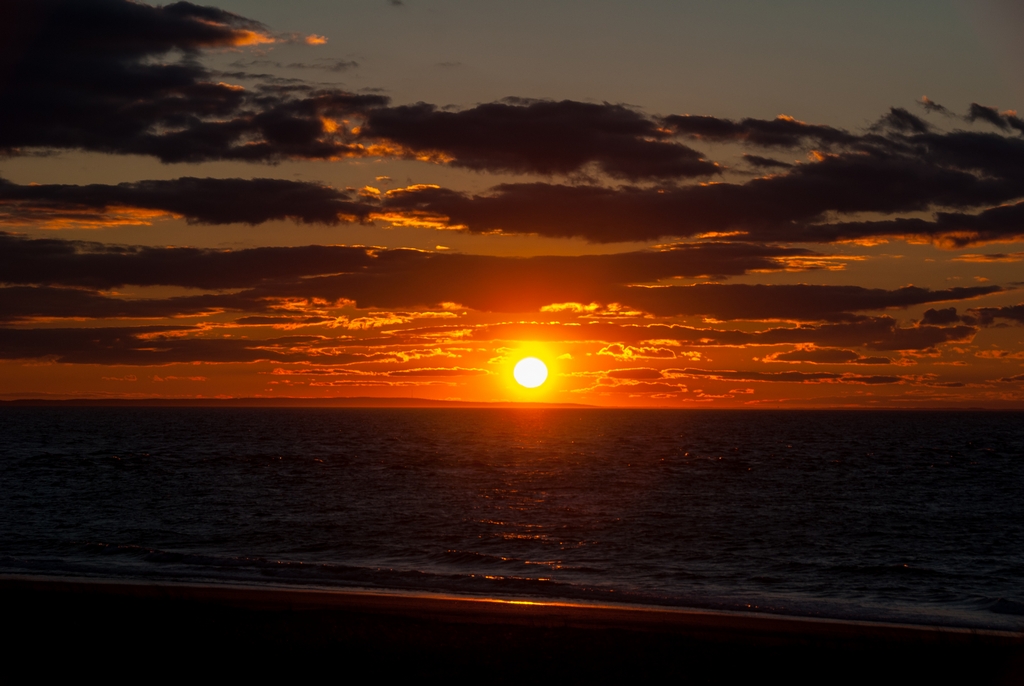 We had seen a lighthouse out on the point, but no roads go down to it.  (Technically there is a road, but it is all sand and not open to the public.) 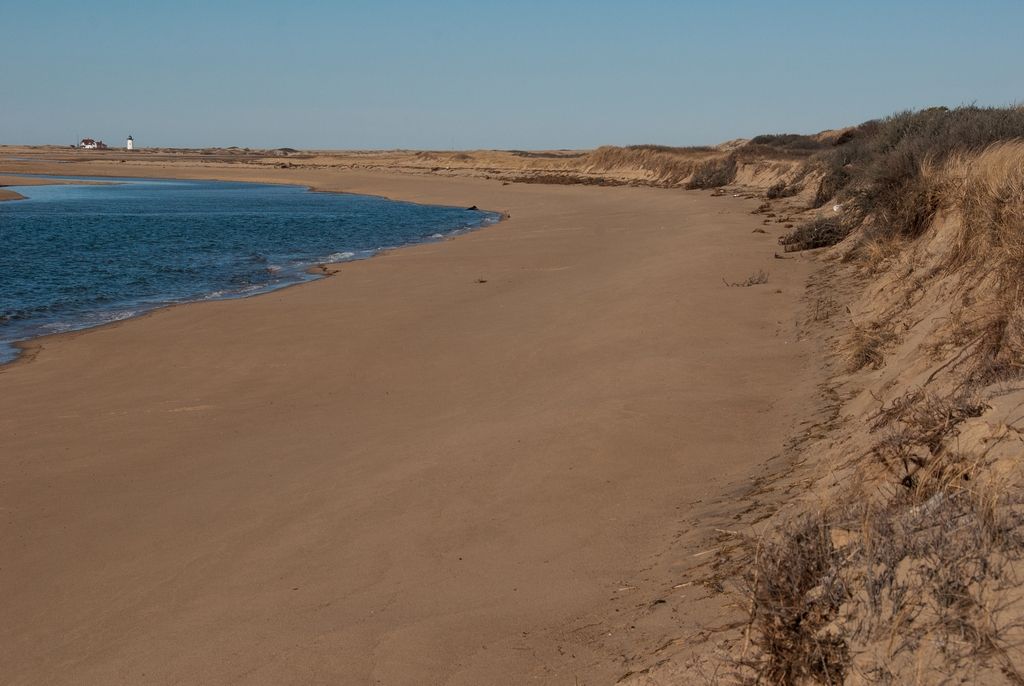 We discovered, however, that there are trails that get to it!    The lighthouse is Race Point Lighthouse.  You can actually stay there, also, although you have to bring your own linens and food with you.  It is a nice walk out to the lighthouse.  To go with the picture above, here is a picture of the lighthouse that we took on our way back out, after sunset. 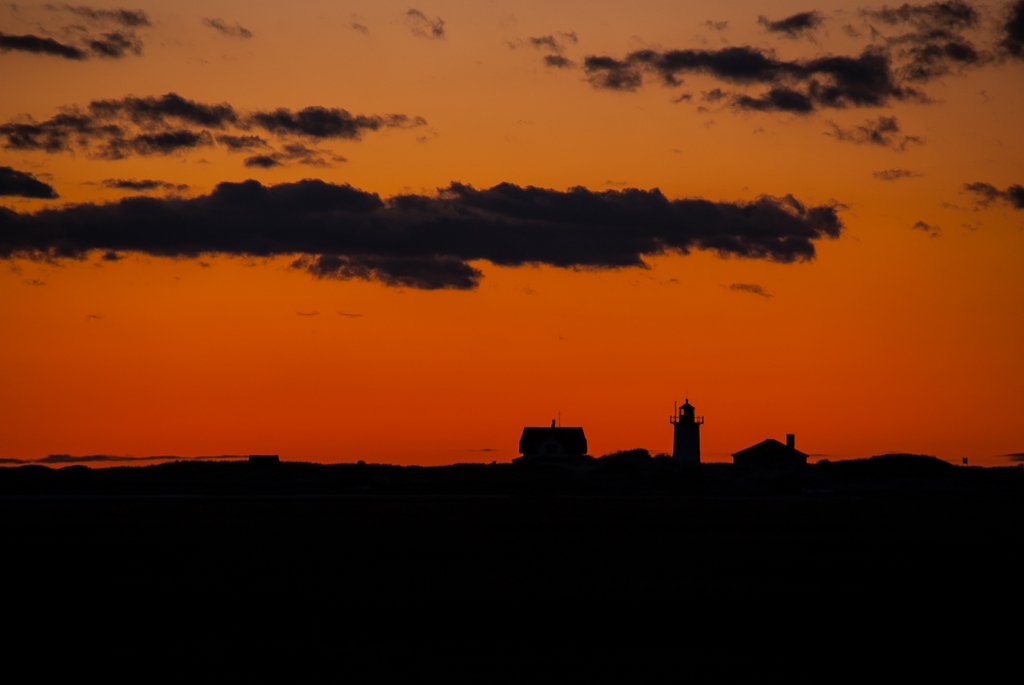 That scene viewed in the daylight: 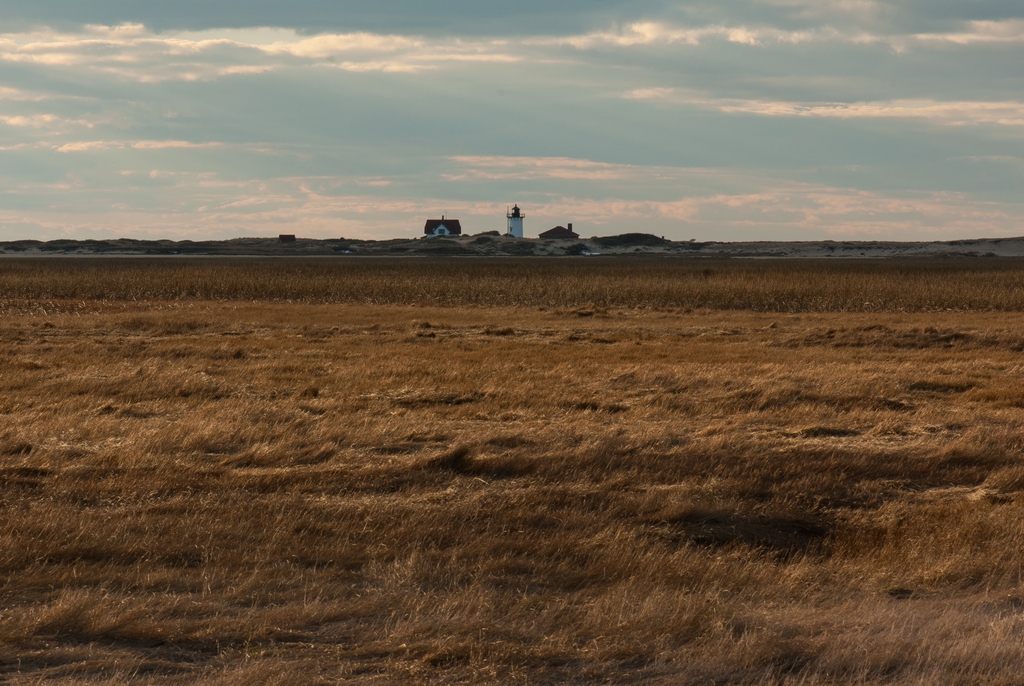 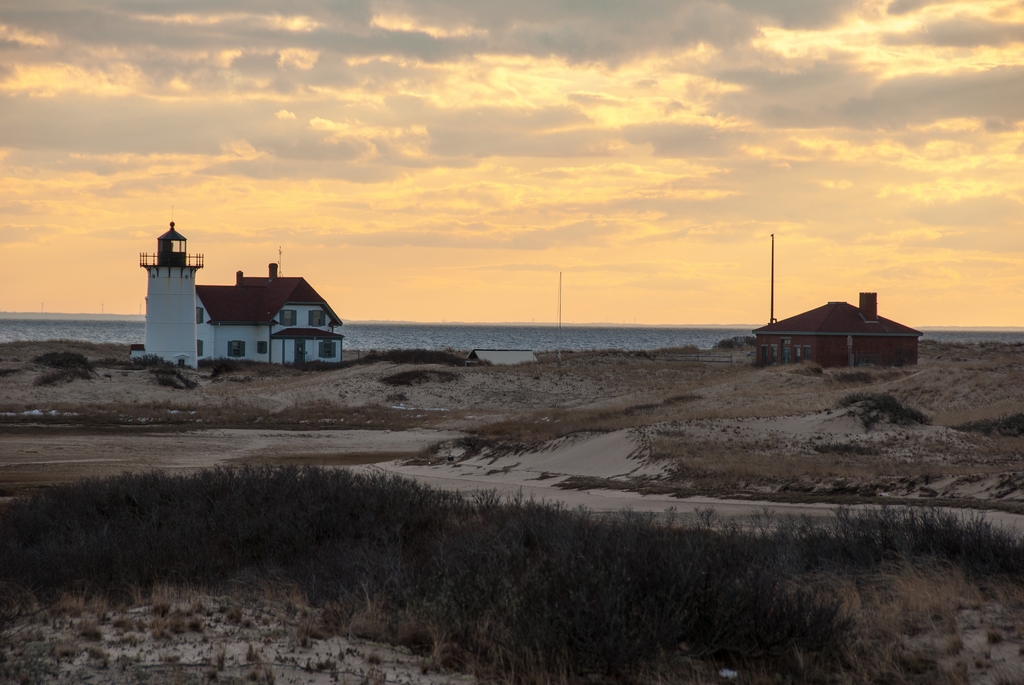 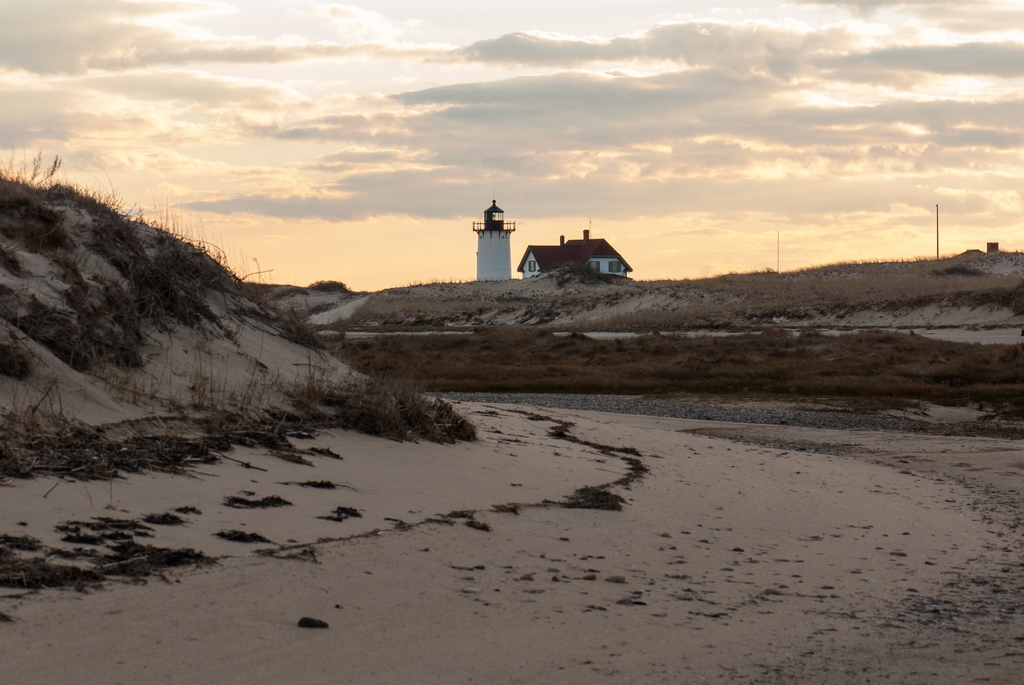 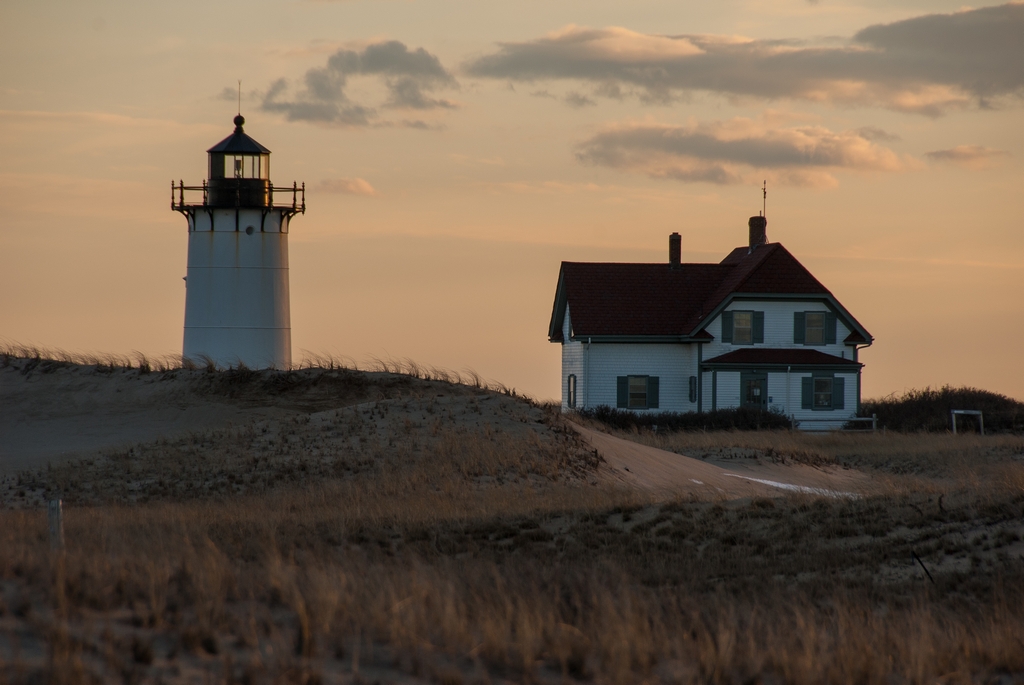