We had a nice break from the normal routine this spring when Vanda came to visit. She knows a very athletic couple. The wife (Robyn Friedman) was competing for a possible spot on the Olympic team, and the husband was running in the marathon. So Vanda came out to join some others in the cheering crowd.

Anne picked her up at Greene Airport in Rhode Island on Saturday. This is such a civilized airport, so much easier than Boston. We went into Providence, to the Federal Hill area. This is a 'Little Italy' section. It was a lovely day to be out & about. We went to a shop / restaurant called Venda Ravioli. I (Anne) was hoping that they would have a particular brand of polenta, but they did not. In between the shop and the restaurant was a wide walkway / piazza with outdoor seating and some additional restaurants. An Italian man who seems to be a chef for Vanda Ravioli was sitting outside, enjoying the day and adding to the scenery. 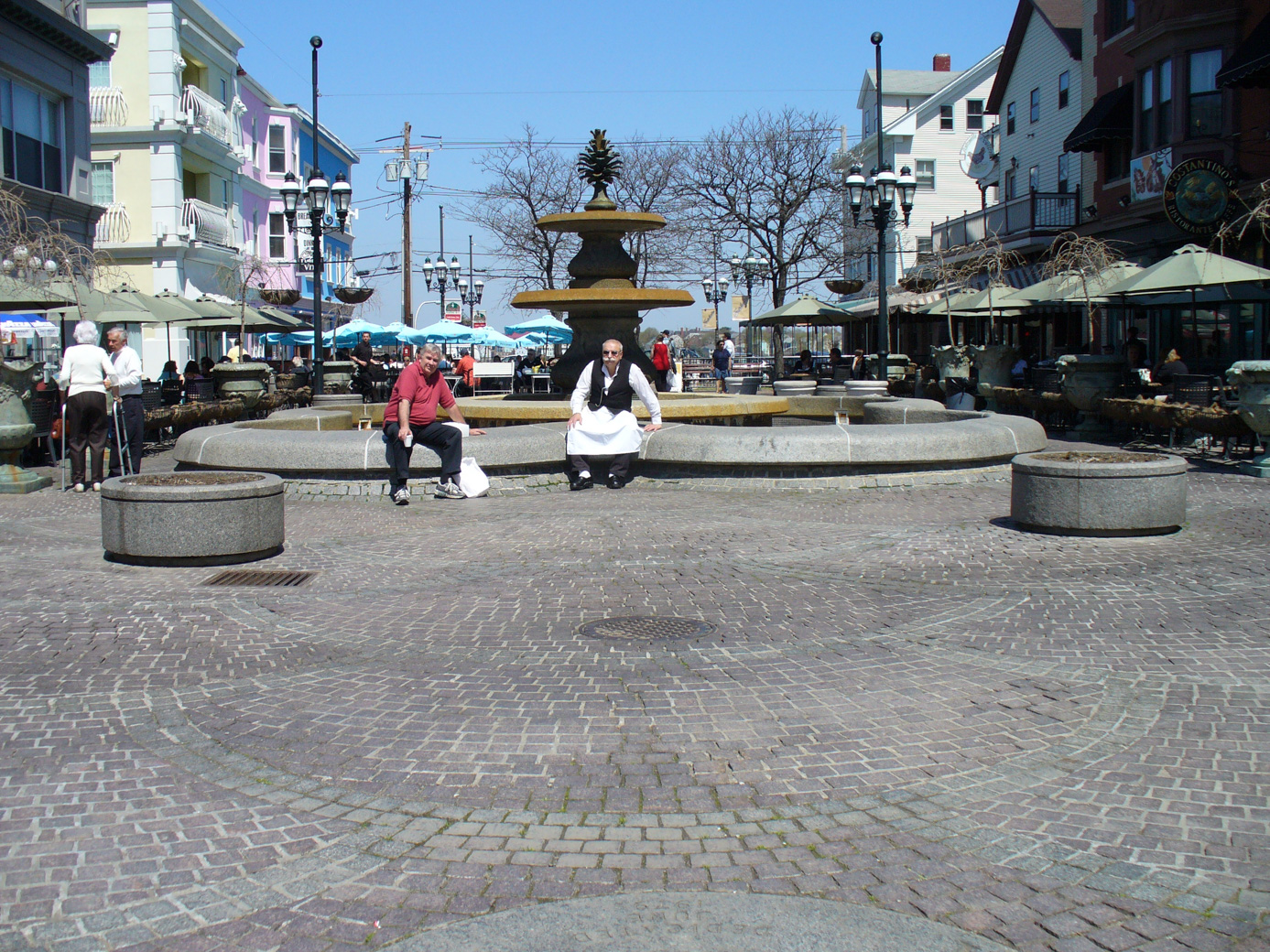 We ate at one of the other restaurants in the piazza, under one of the umbrellas you can see in the background of the above picture. What is amazing about this next picture is how bright eyed Vanda looks, despite having gotten up at some still-dark hour of the morning to catch her flight out to the East coast. 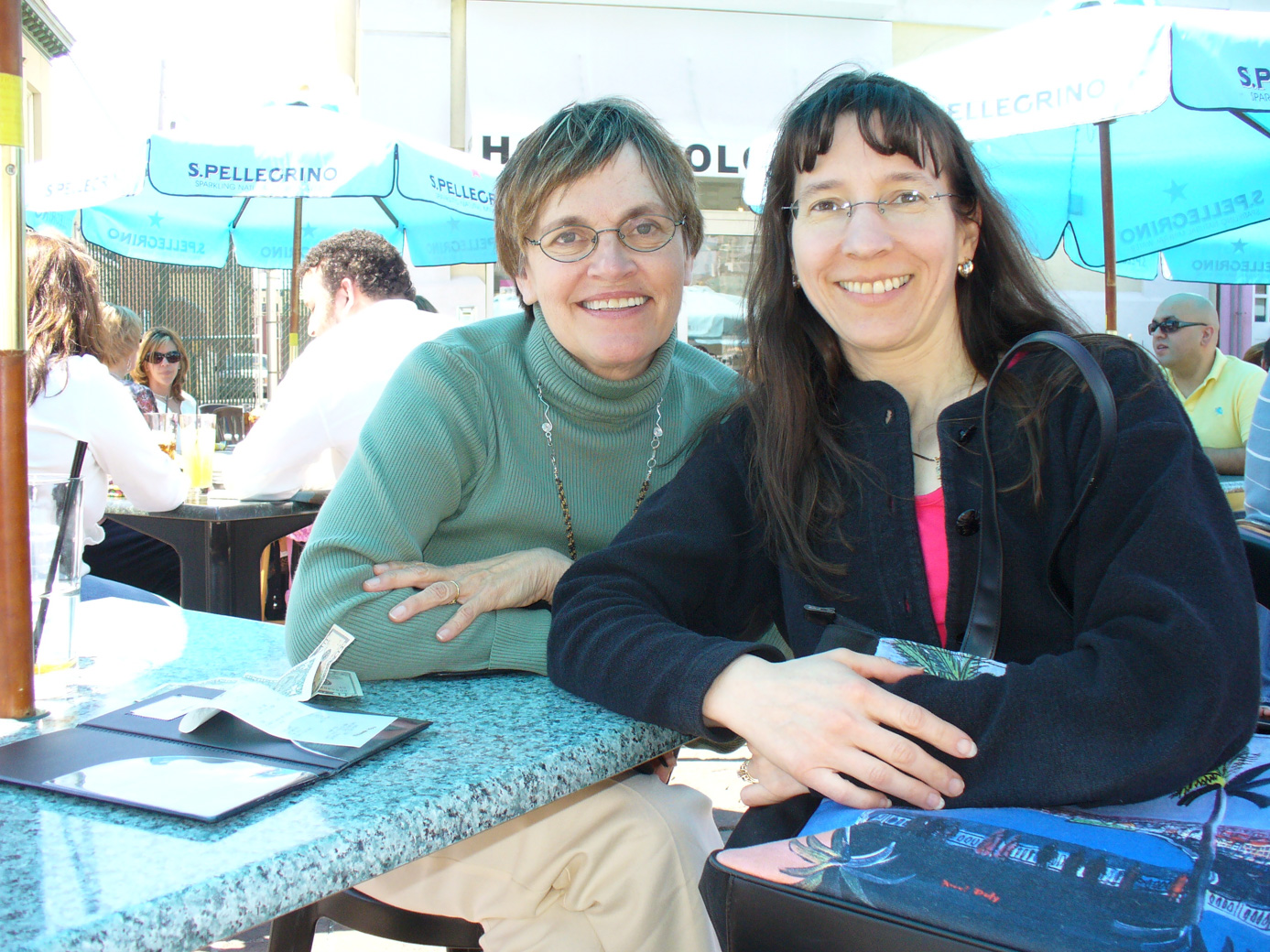 Anne dropped Vanda off at her hotel in Newton. Monday was Patriot's Day, and the day of the Boston Marathon. Anne picked Vanda up from the hotel on her (Anne's) way home from work. Tuesday Paul and I were both able to take the day off, and we went to Newport Rhode Island. Newport is a lovely city, and it was a very nice day for a visit. The Breakers was open for tours. We hadn't been there (well, not counting Anne's school trip many years ago) so we grabbed the opportunity to check out some decadence and opulence. 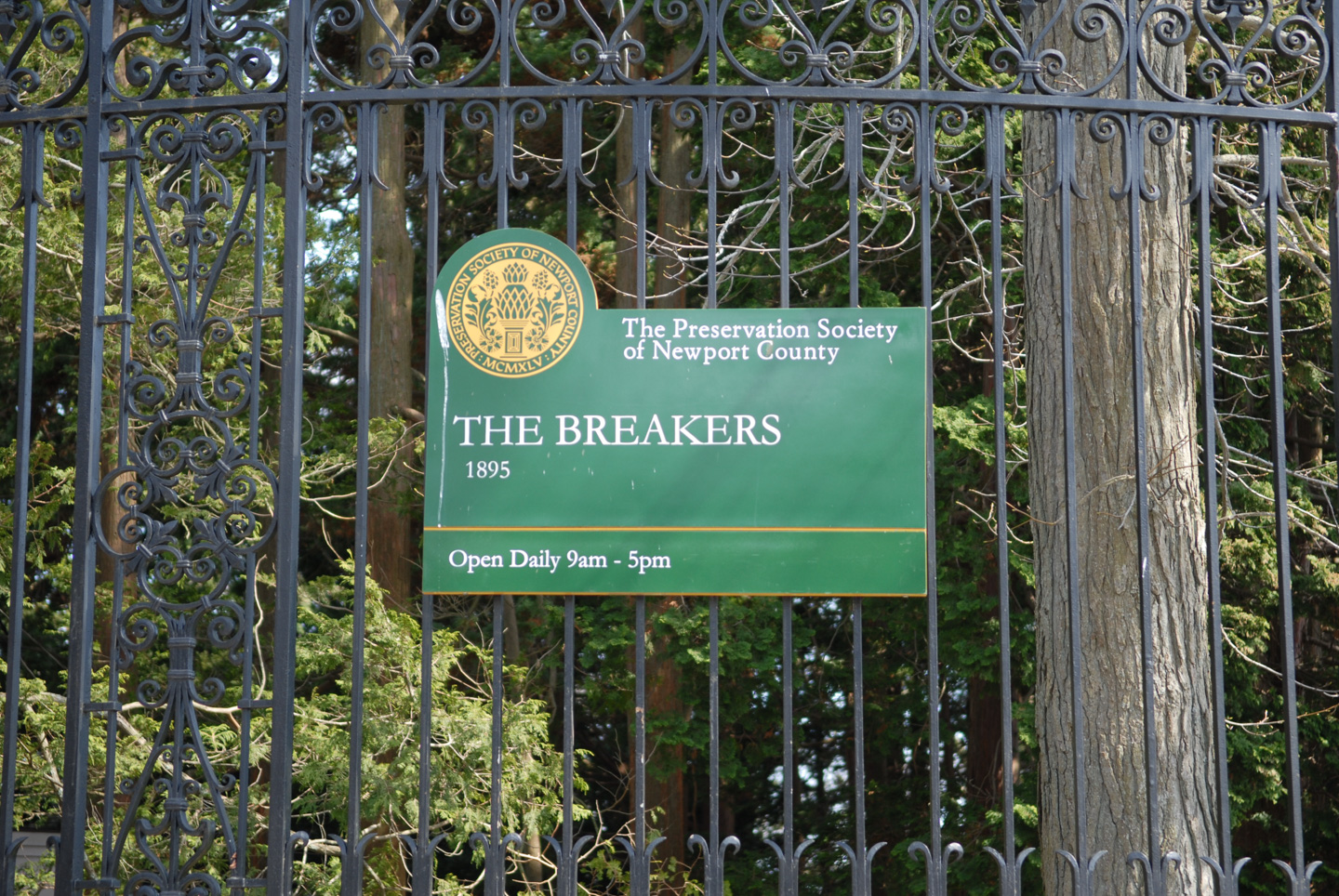 As decadence and opulence goes, it was almost livable. They didn't allow pictures inside the building, so we can only show you outside shots. Here we are before our tour: 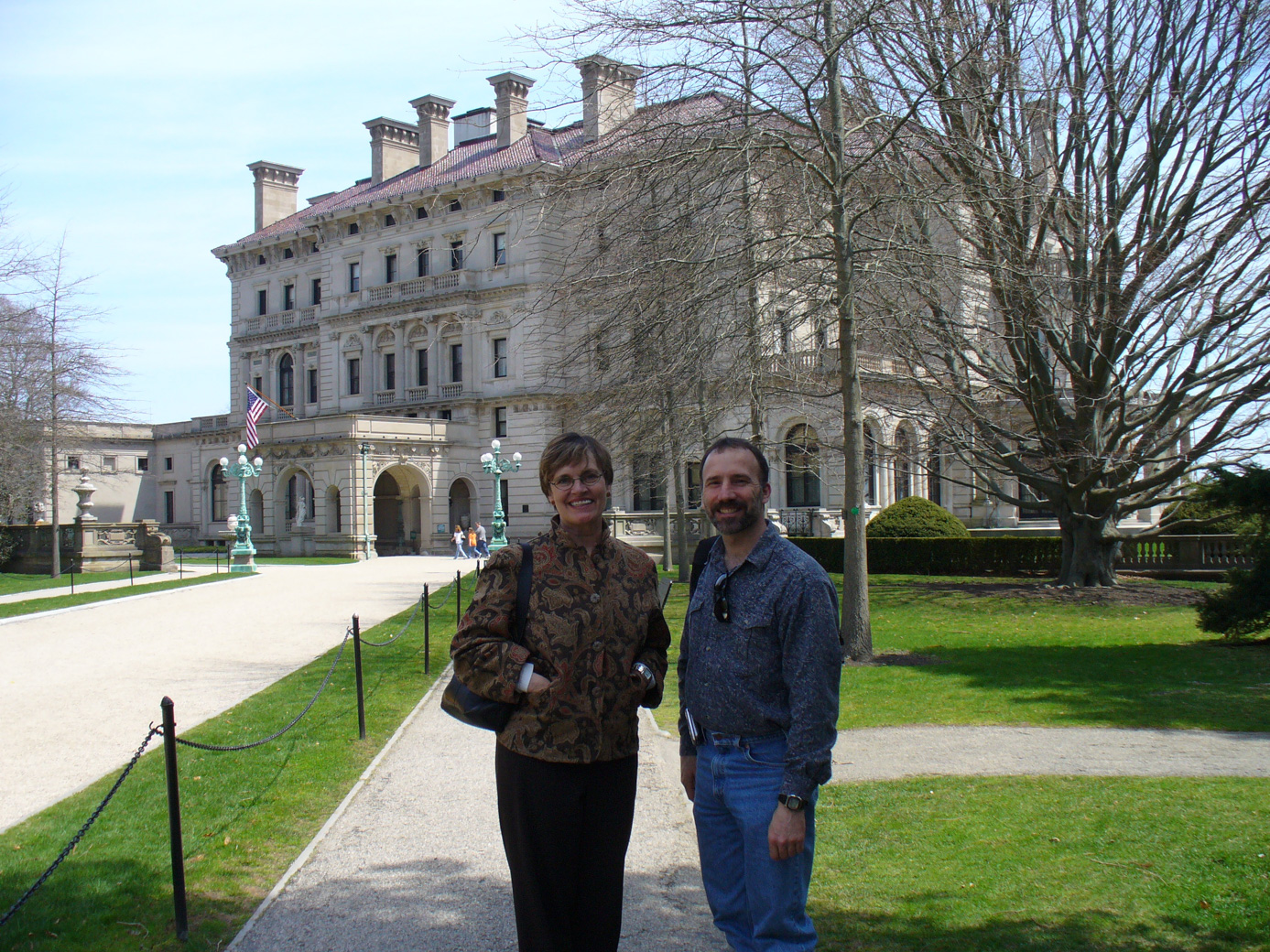 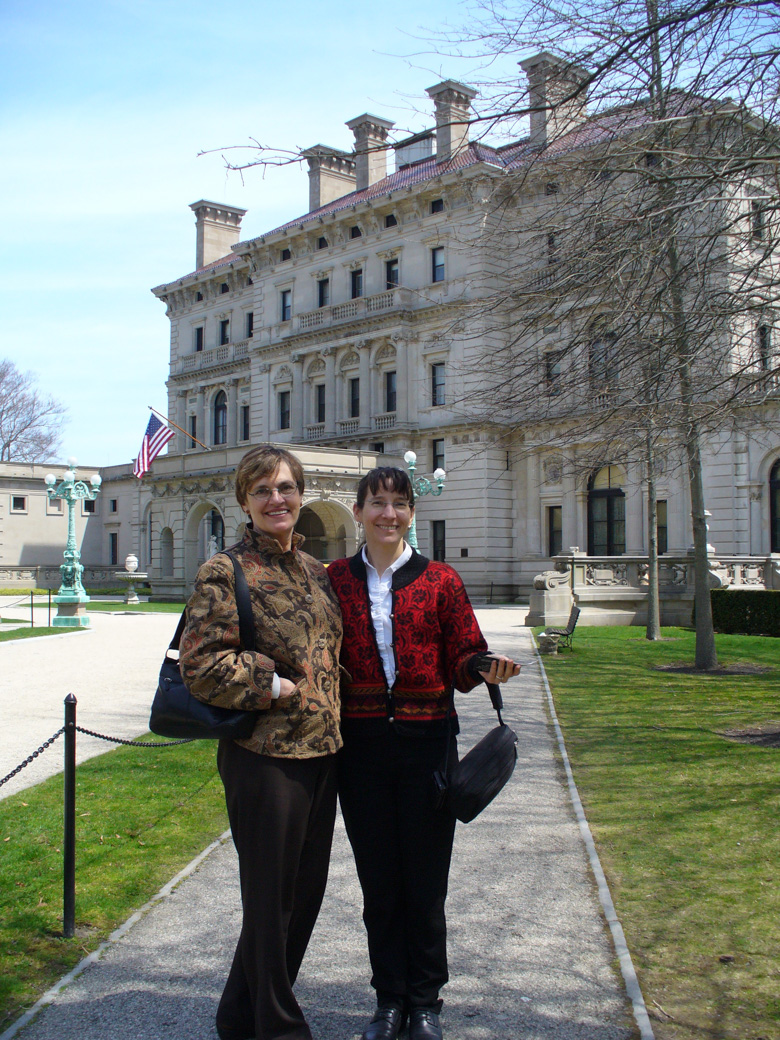 Side view of the 'cottage': 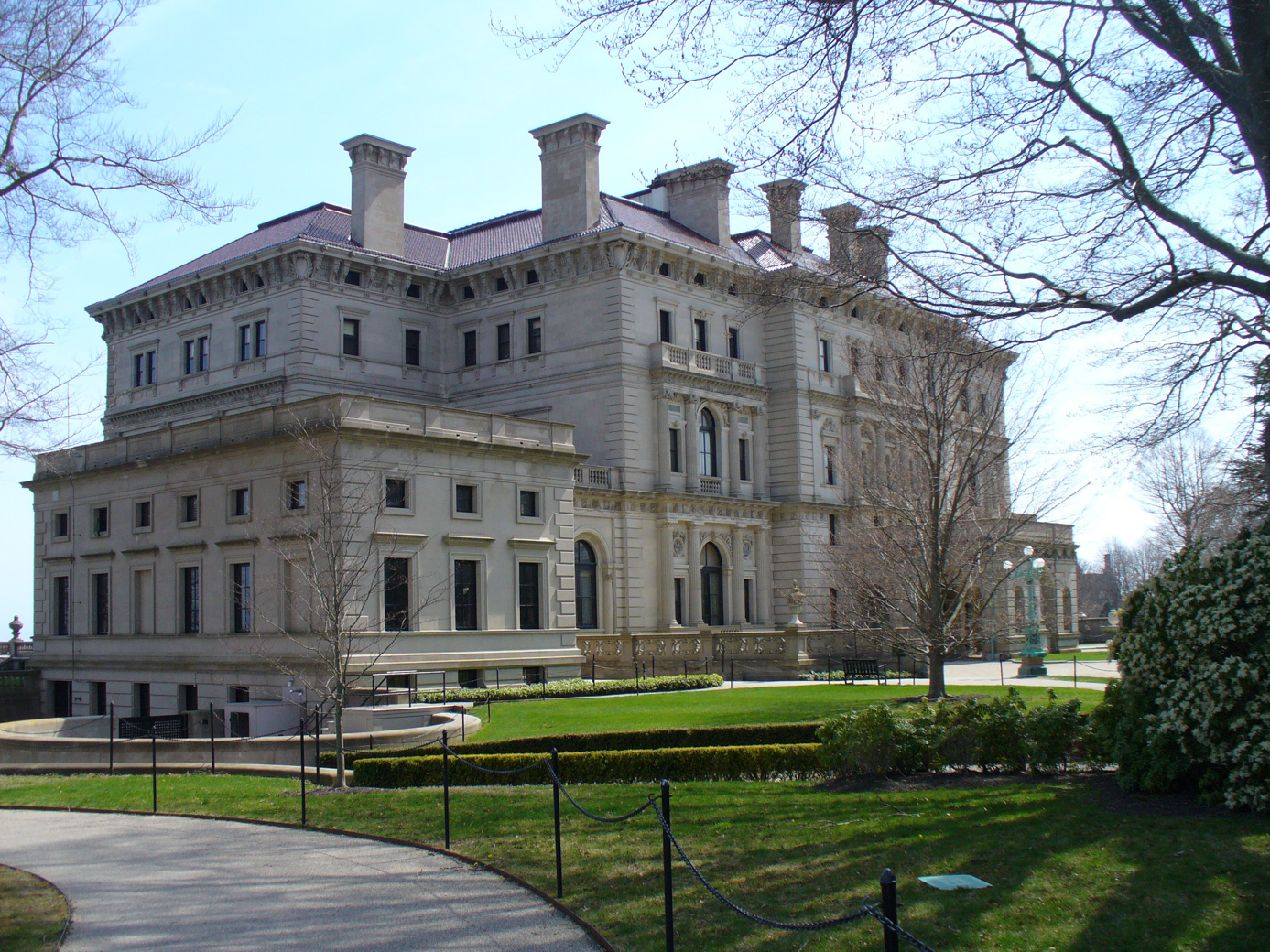 Here is a picture of Paul & Anne on our walk around the building: 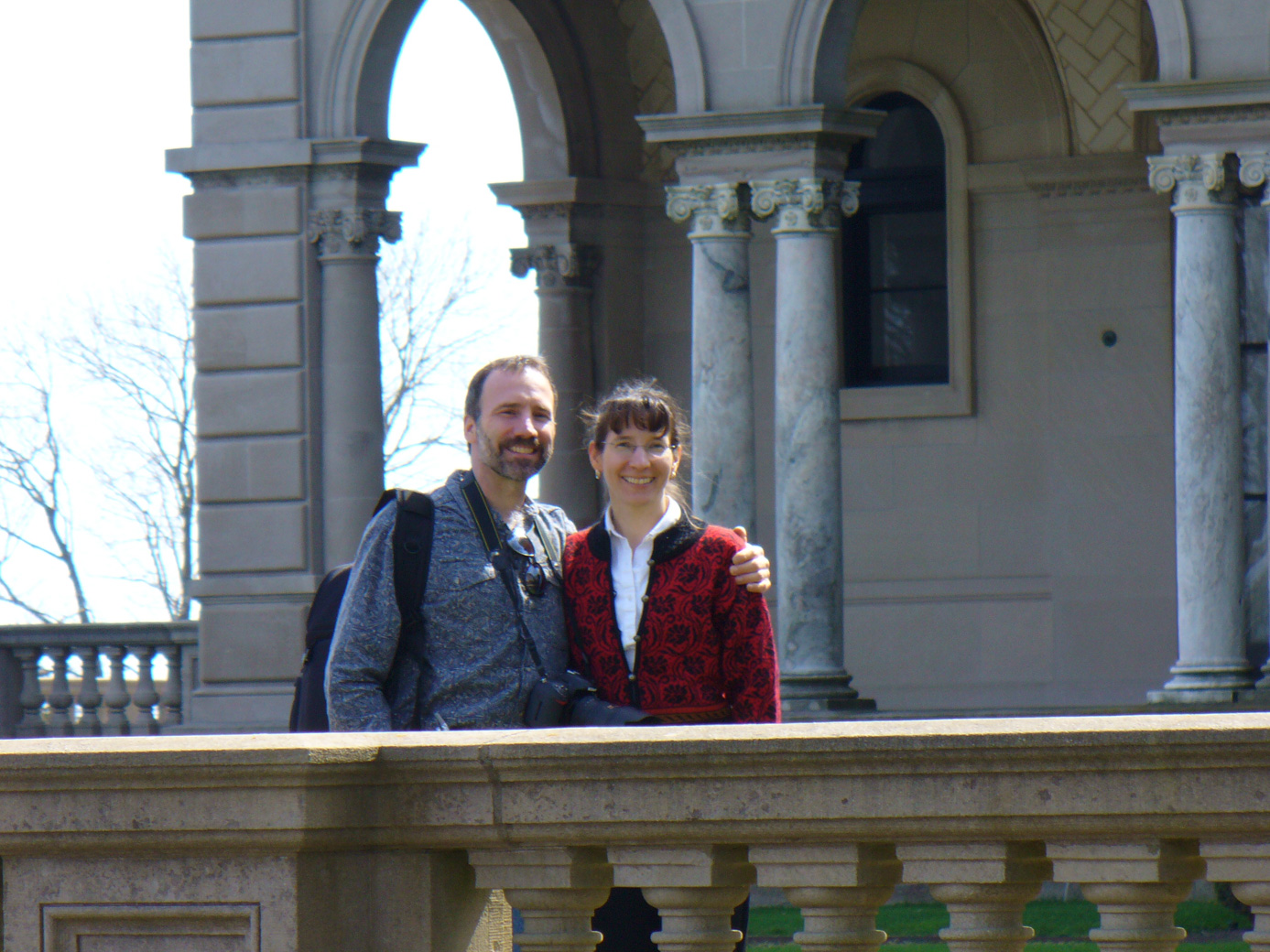 On that side of the house was a playhouse for the children. They had a number of children, and from what the tour guide said kept the place pretty child-friendly. The playhouse is the size of a small cottage, really. There were some interesting posts to the porch: 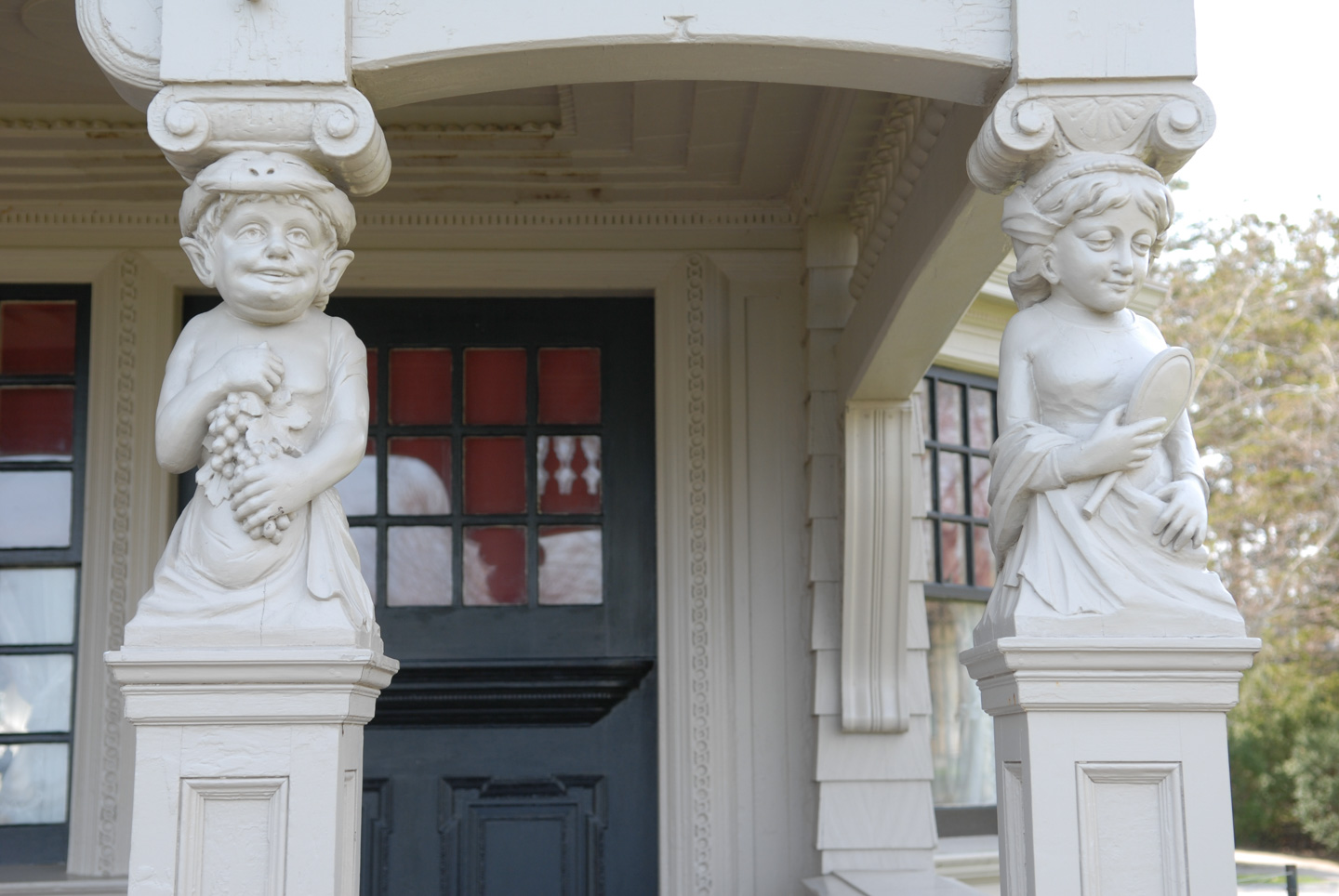 Speaking of faces, the lamp post in the driveway had an interesting base. And on the back terrace were some decorations with a face in them. There was a picture of some damage after a hurricane came through one year, so some of those back decorations had to be rebuilt. 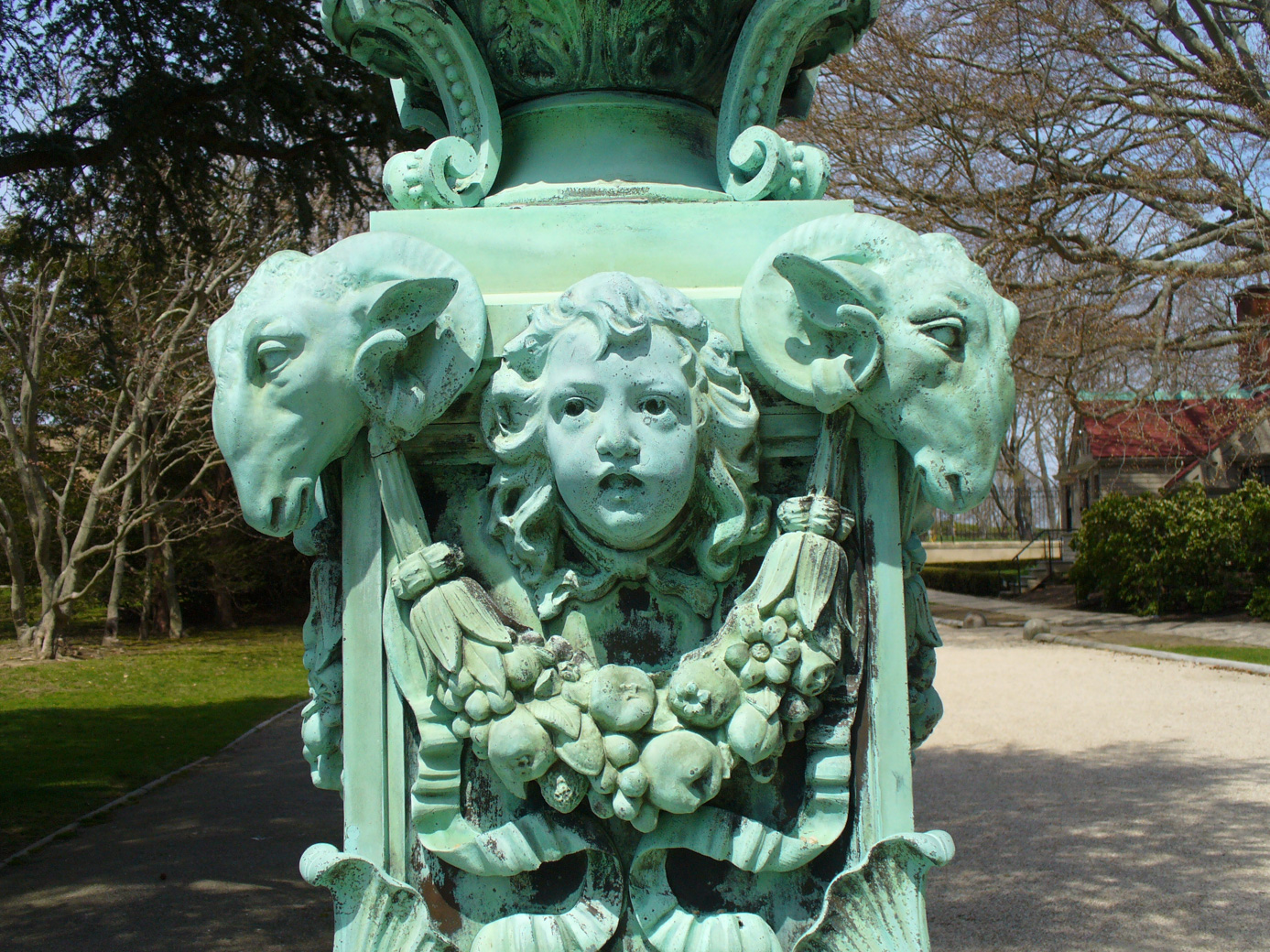 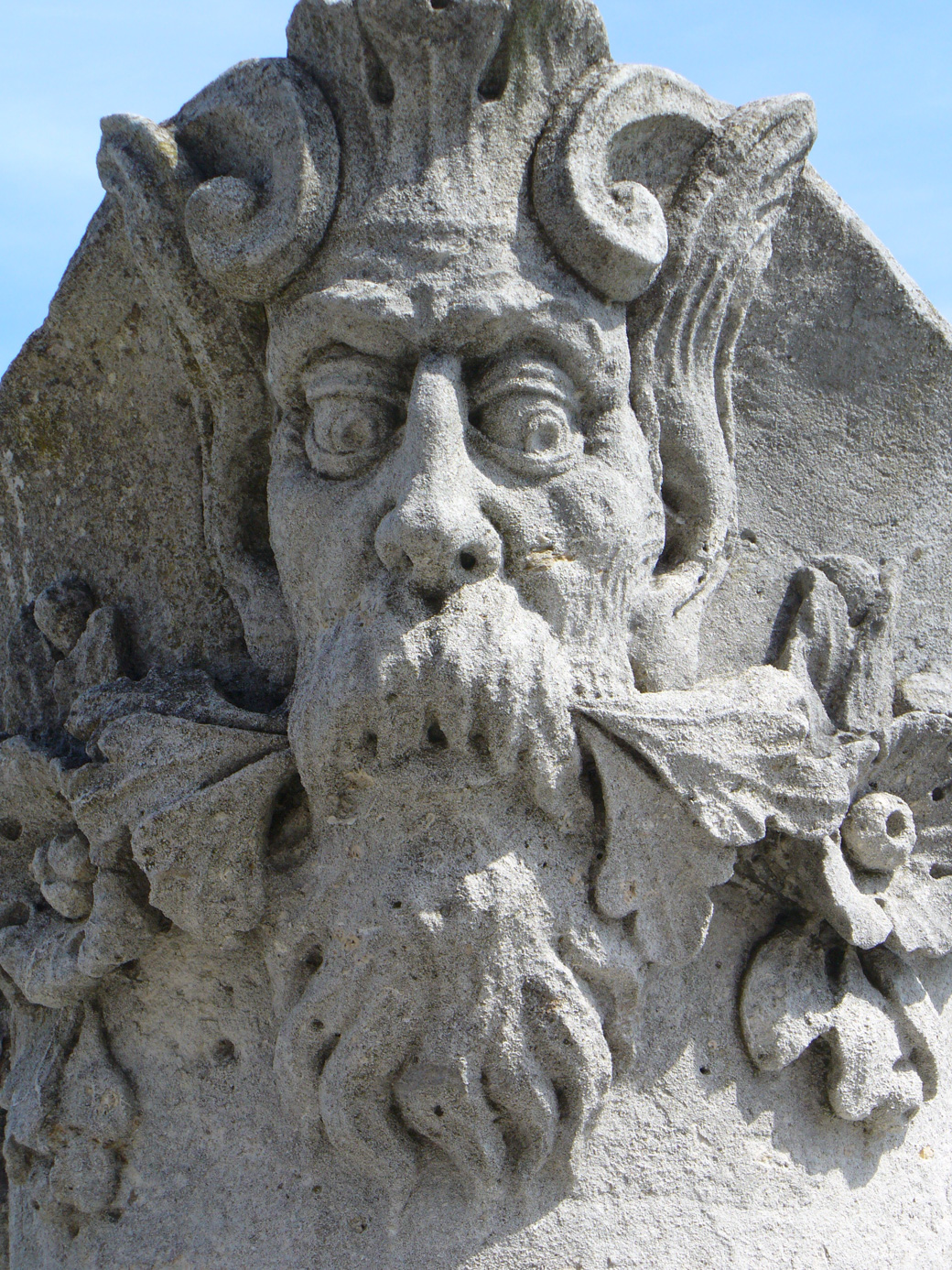 These next two pictures are on the diagonally opposite side of the house from the one up above. 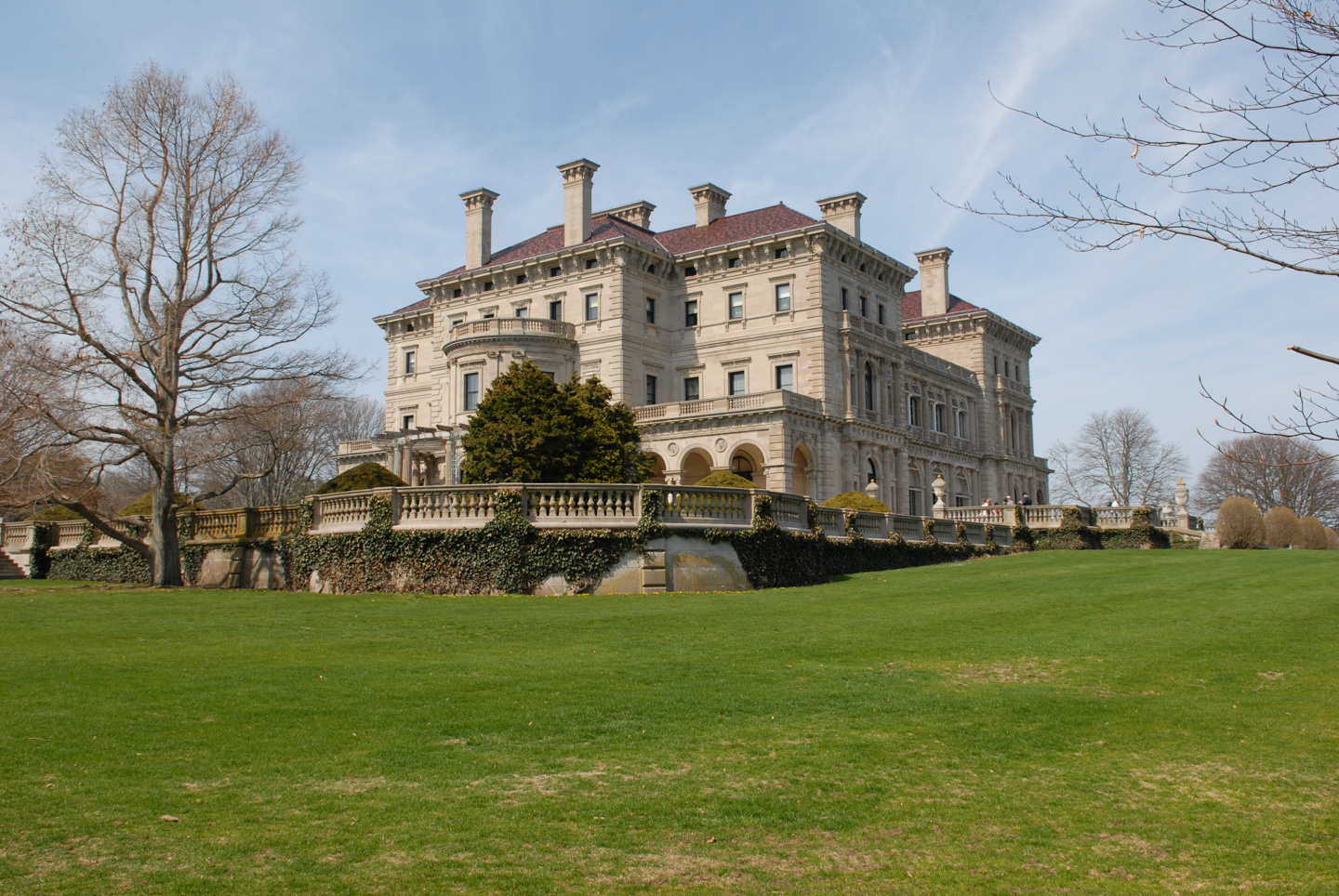 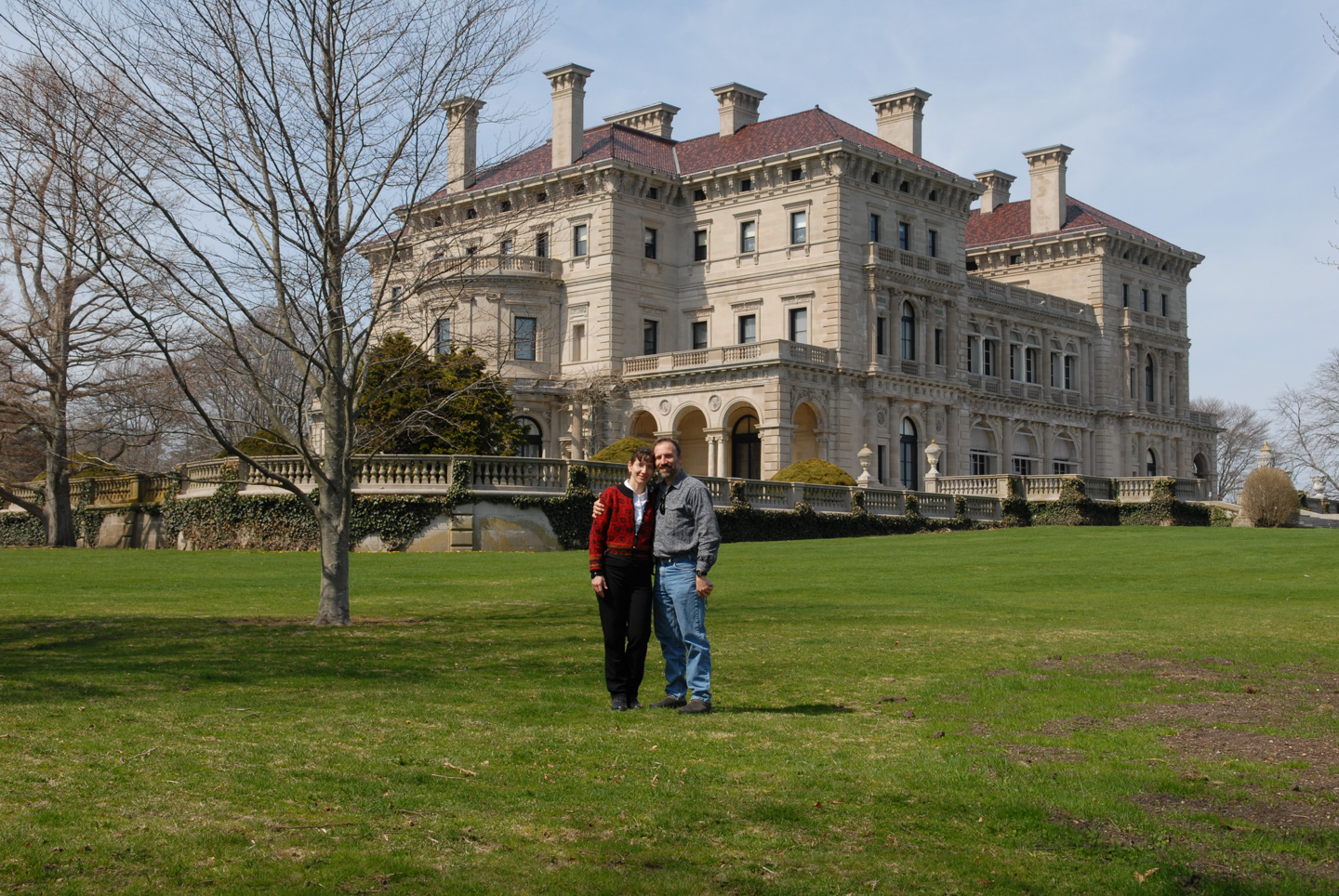 I'm not certain what significance, if any, this elephant base pedestal had, but it really was pretty: 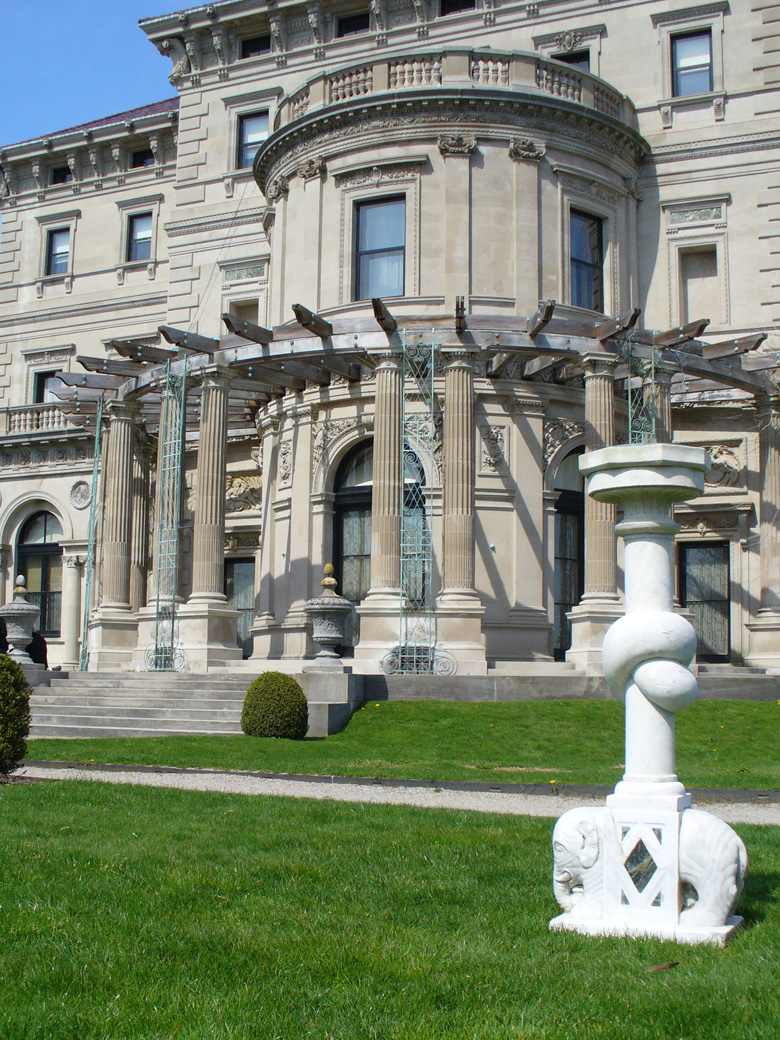 It looks like there are some structures to support vines or some such. 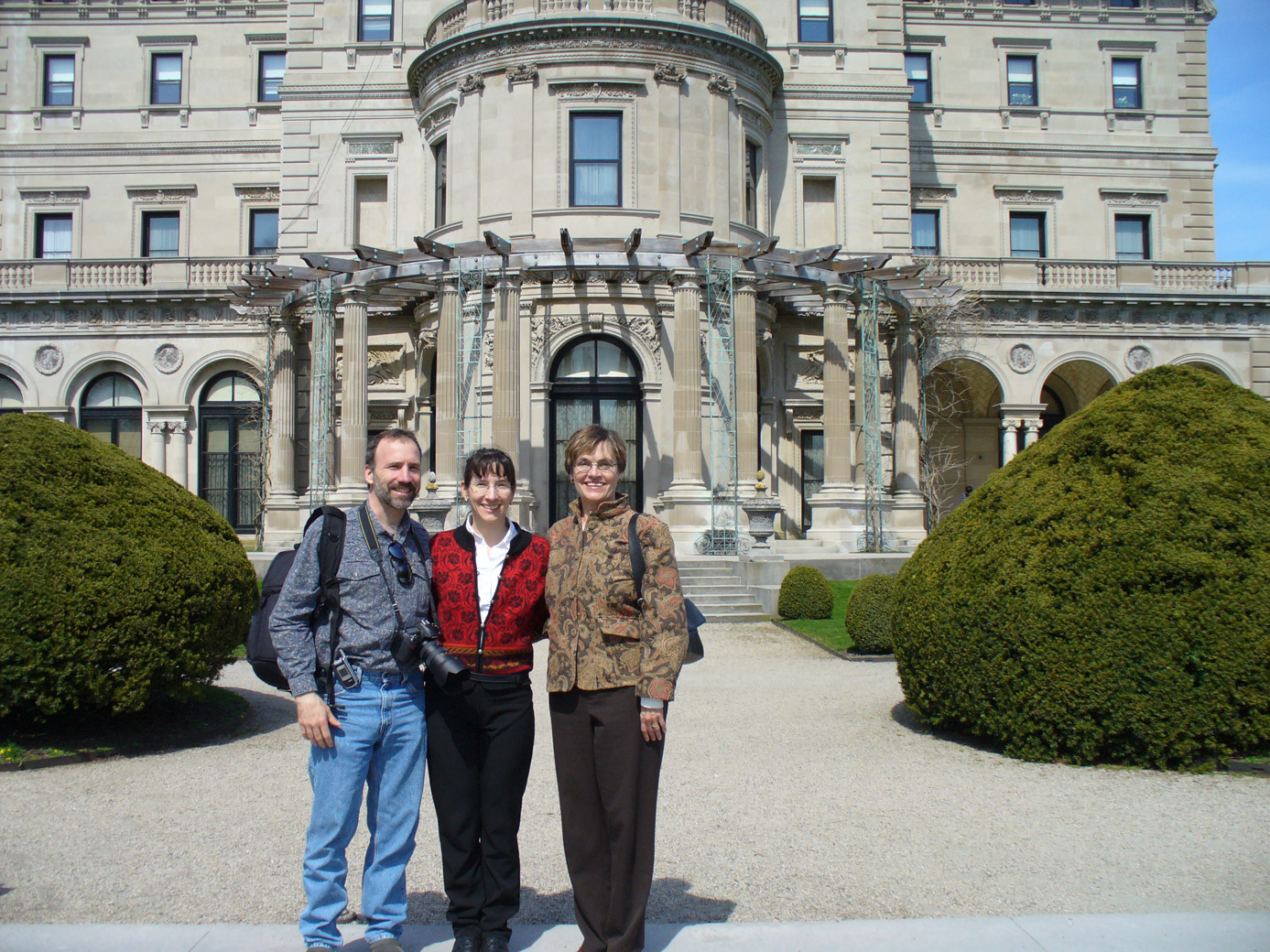 We had not known this before the tour, but one of the daughters, Gertrude Whitney , was an accomplished sculptor. They had a few examples, and some pictures, in her former bedroom in the mansion. Click here for views of a few of them.