A visit from Dad and Cristina

Anne's Dad and Cristina did a short driving tour over to the East coast, so we got to see them.  This was in August.  My website software was broken (actually, some related software on my computer was corrupted, but it took a while to figure out what software) so I am only getting this on the site much later!

Here is Dad in our living room. 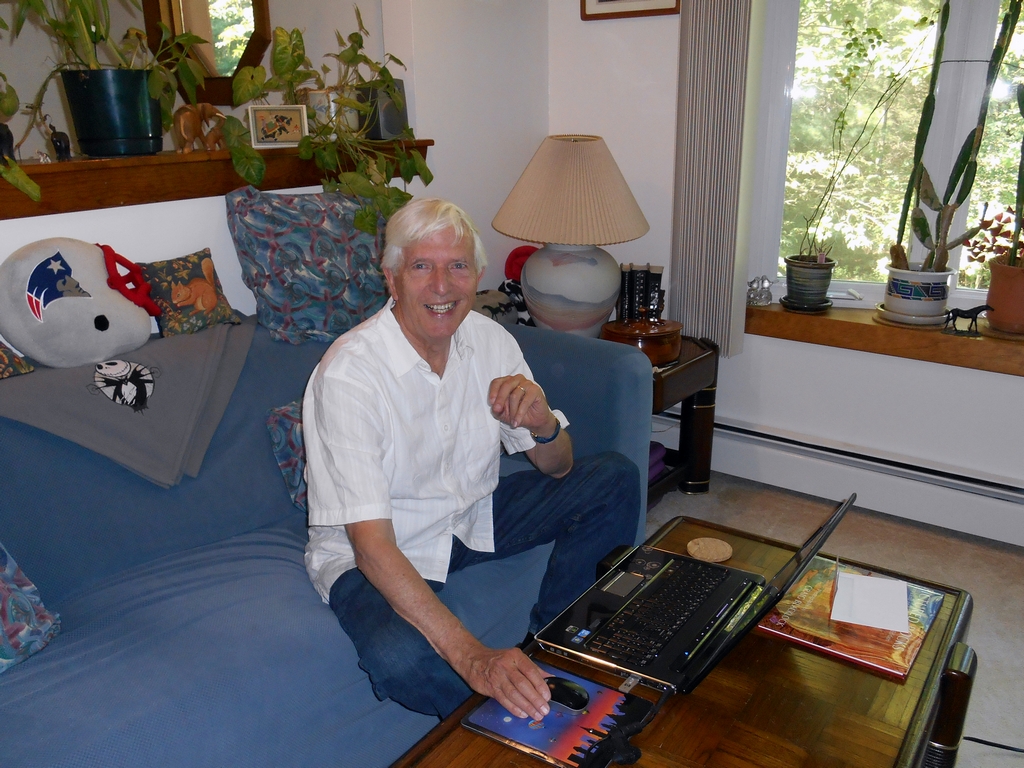 This was the day before Paul's arthoscopic knee surgery, so we didn't take him with us, but the other 3 of us (Dad, Cristina, and I) went to a little museum called Fuller Craft Museum.  "Craft" does not mean little items you buy at the school craft fair (although it might, if you have a really nice school craft fair).  Think of it more as 3-dimensional art (or even 4, since some change over time).

One of the displays when we went was mosaic art. One of my favorite pieces from this was the four seasons, by Cynthia Fisher. 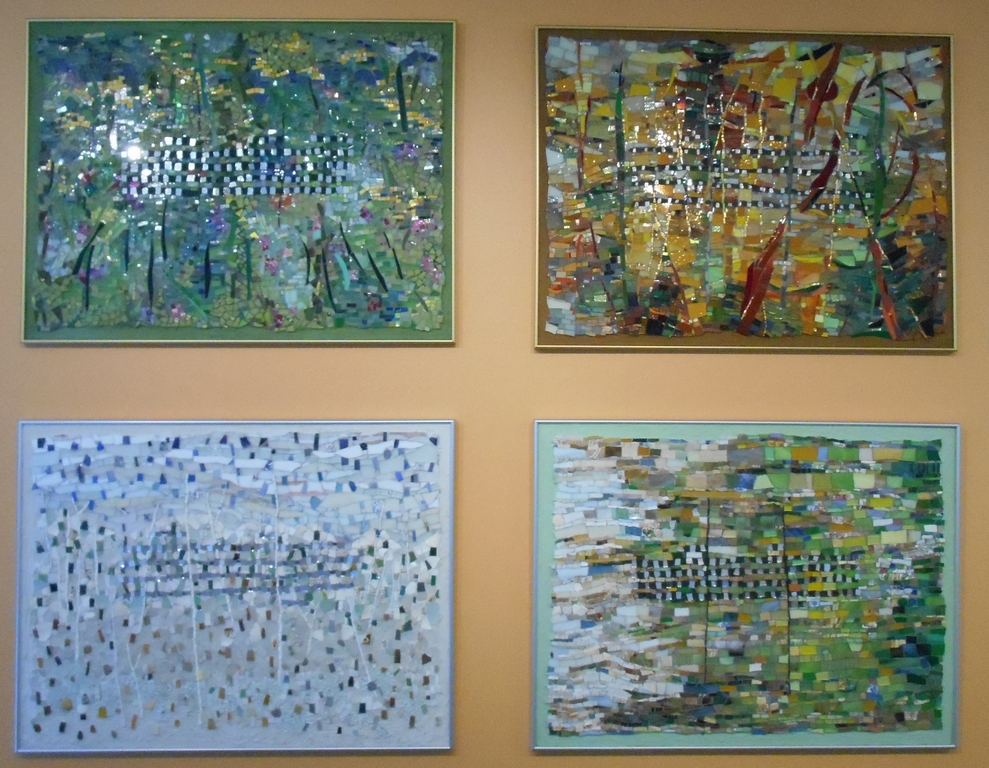 Dad & Cristina in front of a different mosaic: 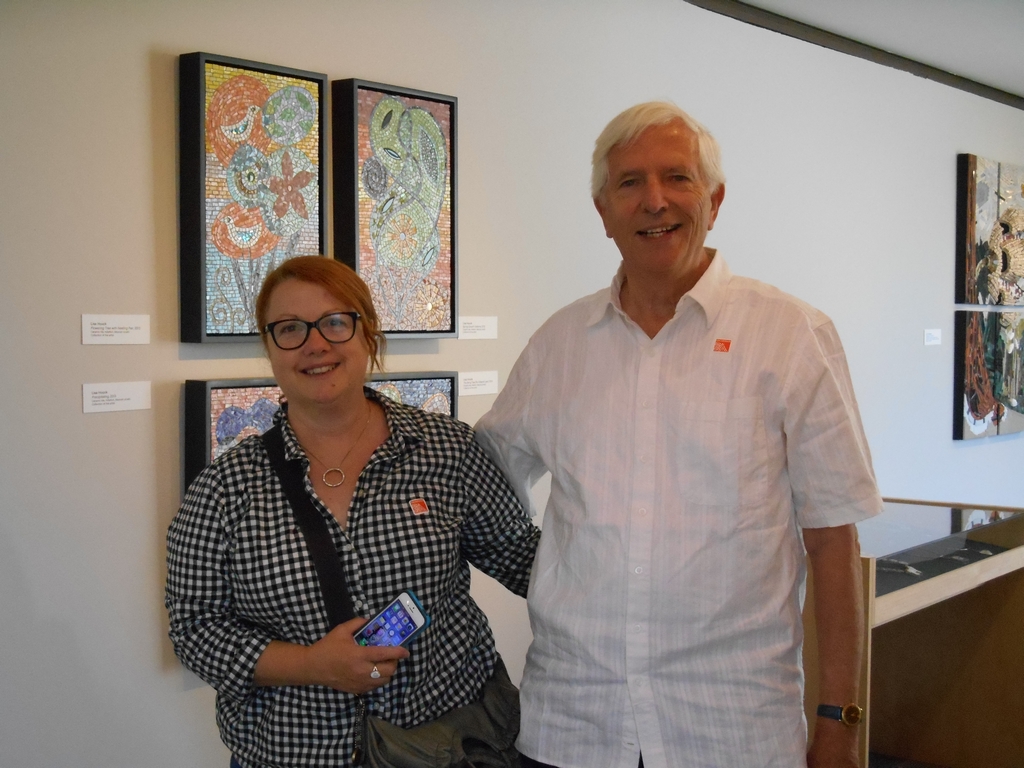 Another fun exhibit was called "About Face".  It featured face sculptures from the museum's permanent collection.  A number of the pieces included were actually teapots.  Here is one called "Ines" by Lidija Tkalcevic. 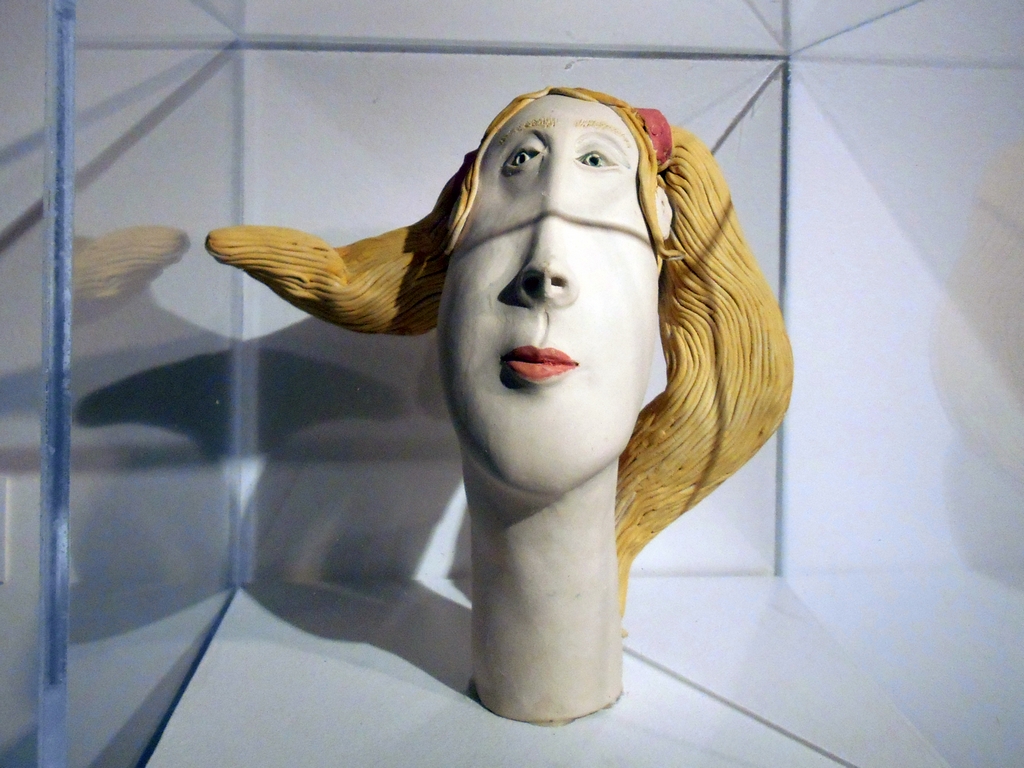 One of the amazing displays that they had was a project done with the local public schools.  They displayed artwork done by local students of all ages. (The example boxing glove on the page I just linked to was very impressive.) Here is one by an 11th grade girl named Myrria Lynce, in the pointalism style, entitled "Safe Place". 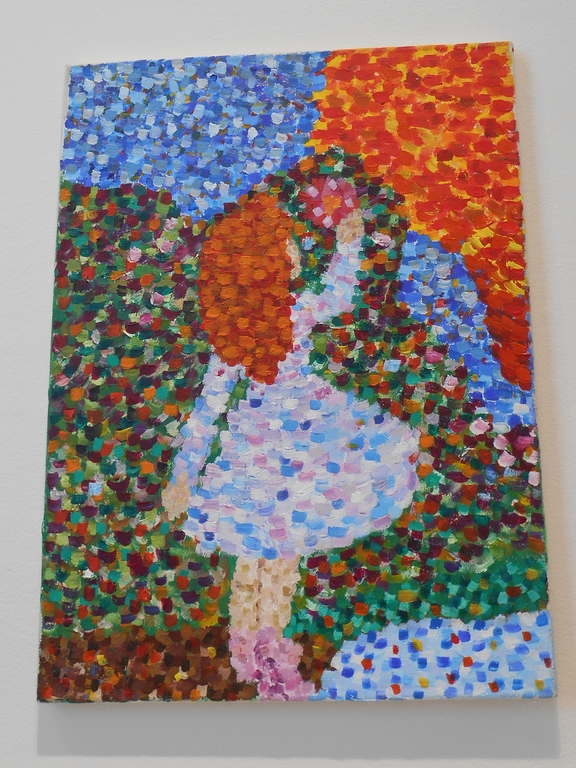 As with most museums, they will hold some events there.  Behind me, you can see a tent, set up in preparation for something that evening, in the atrium area behind me. 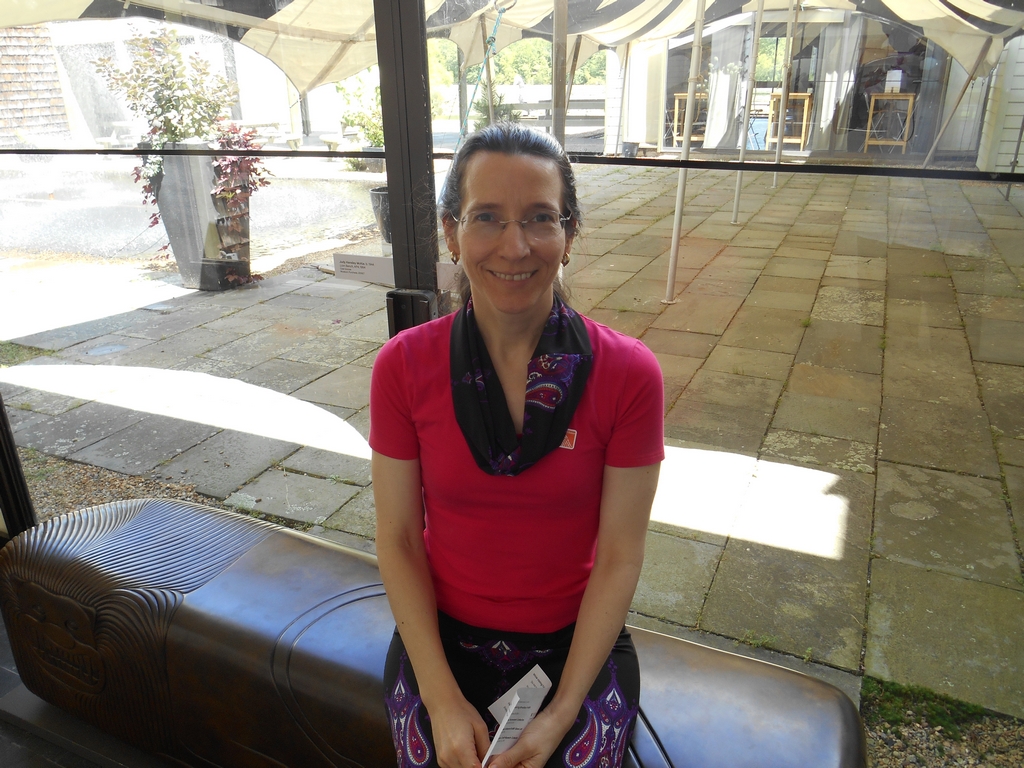 After a very nice time at the museum we went for a late lunch. 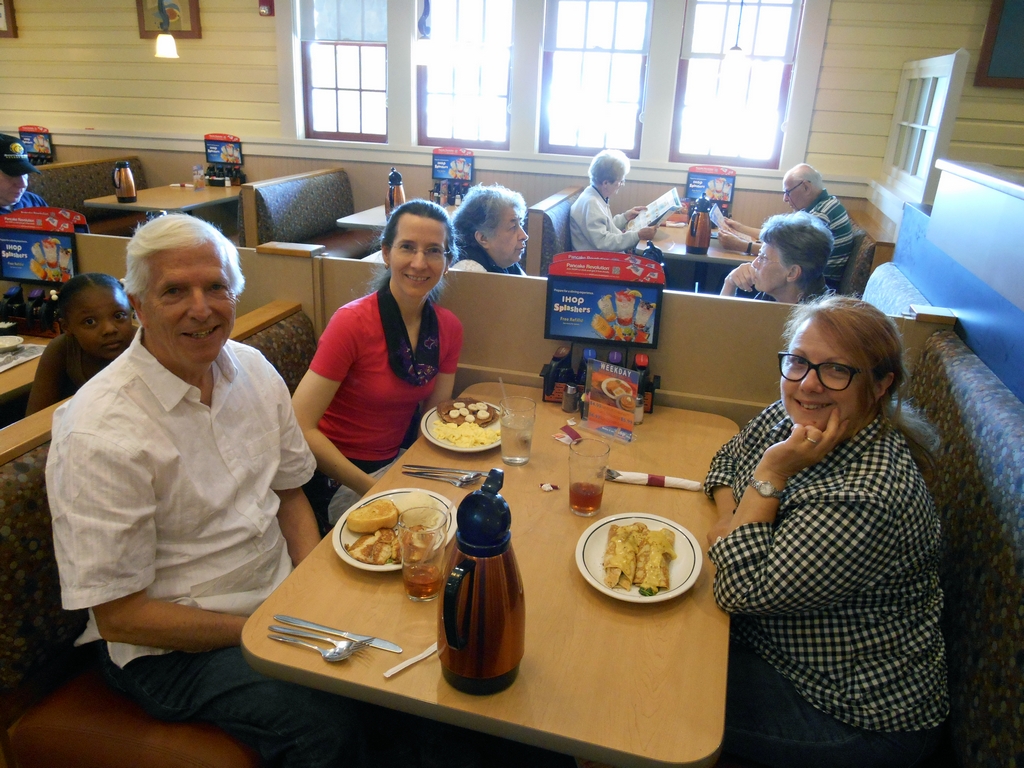 It was a nice museum, and a nice visit.