We stayed at Quason Lodge in Chatham. This house was originally a small Cape style house, expanded by Willard Sears (who designed the Provincetown Monument, which I will talk about on the activities page). The Bovey family bought the house back a while ago (60s? I don't remember). Here are some views of the house from all sides: 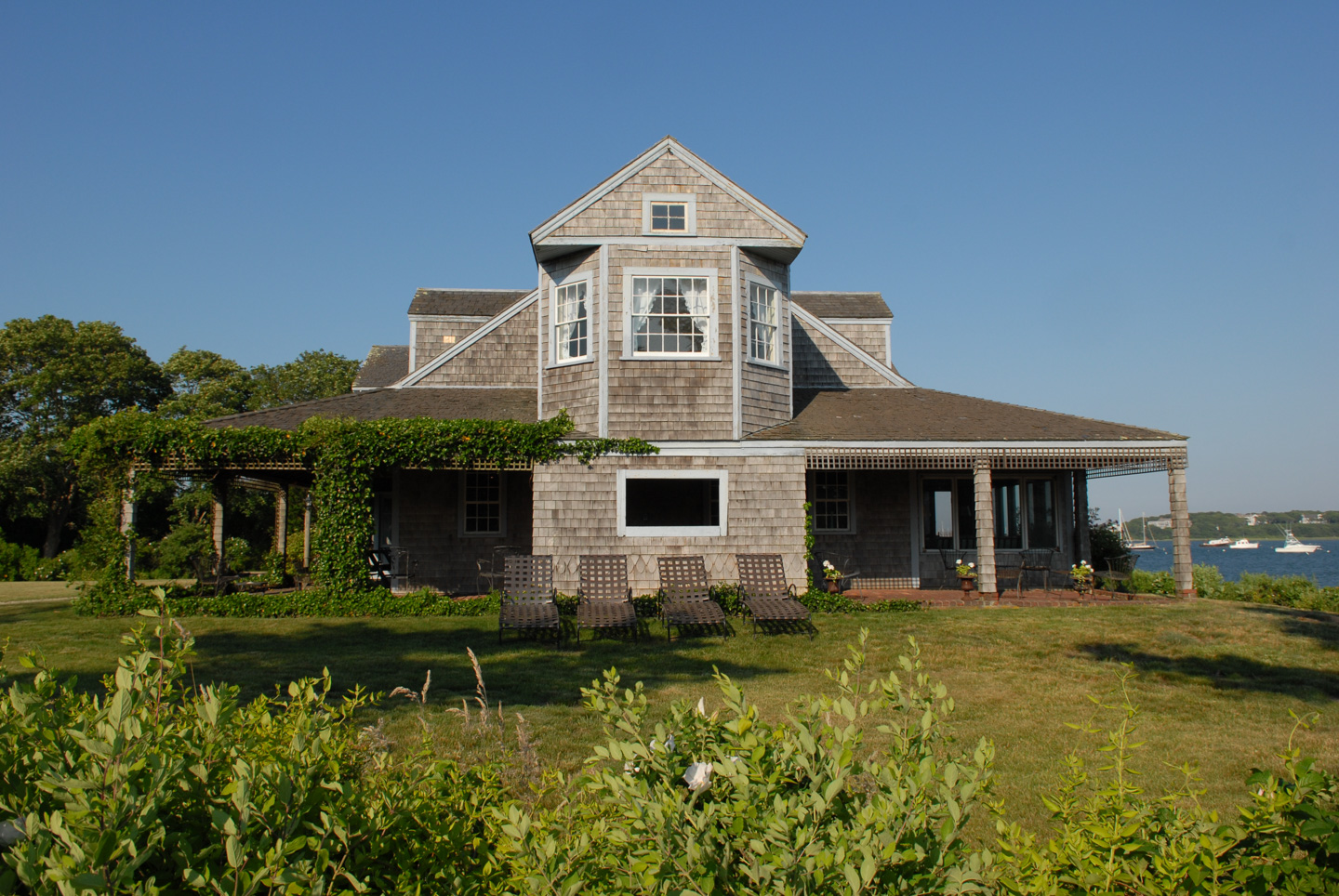 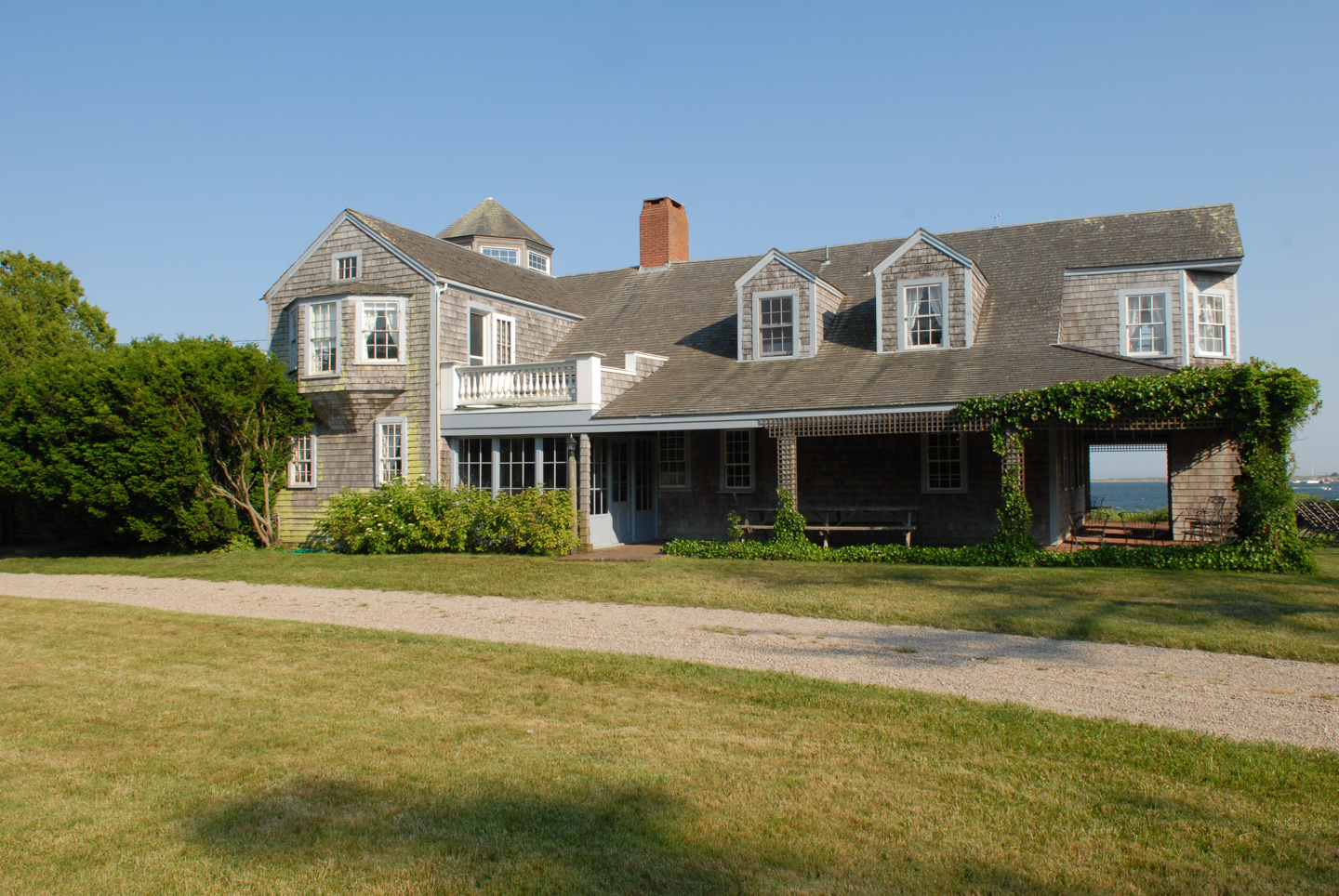 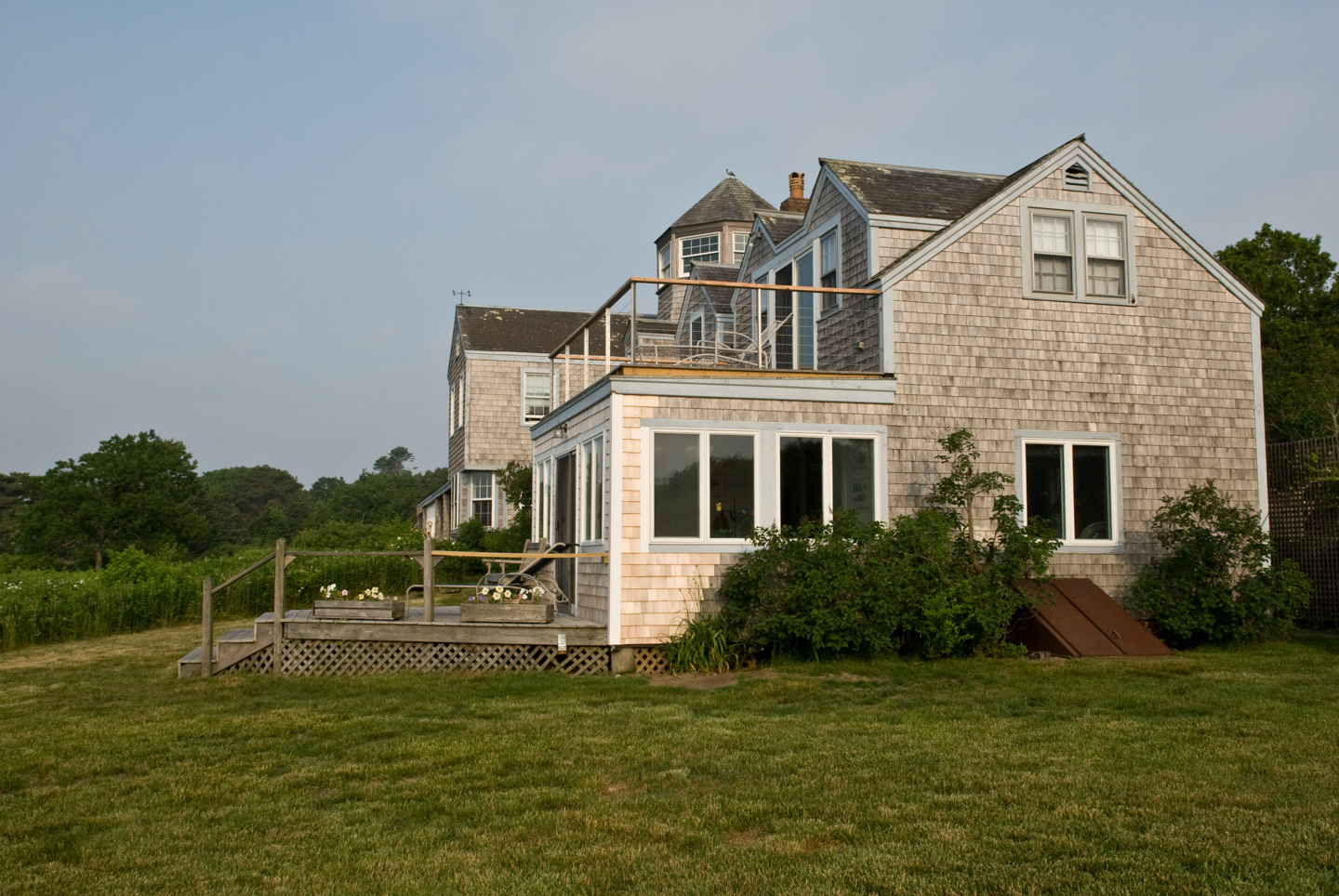 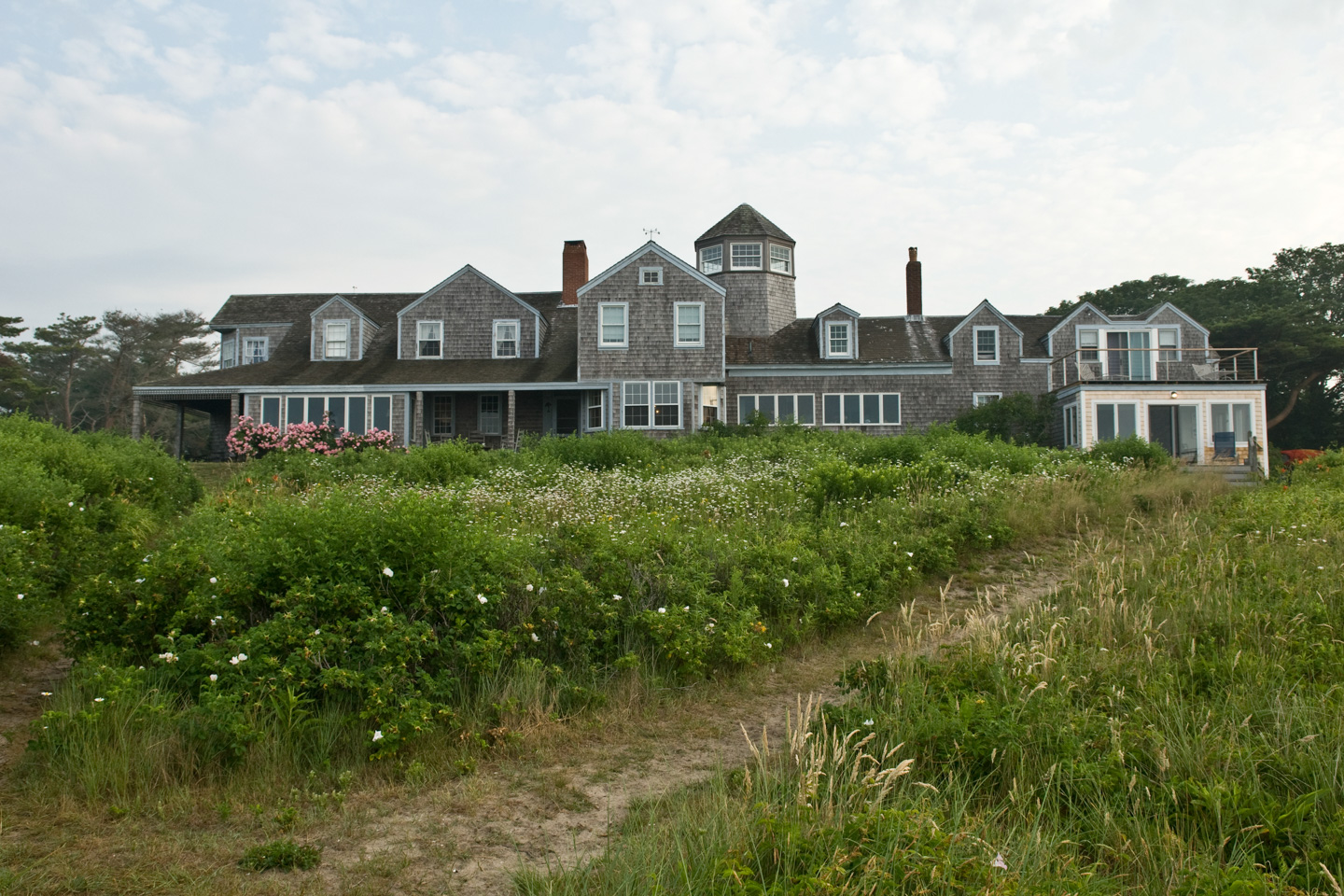 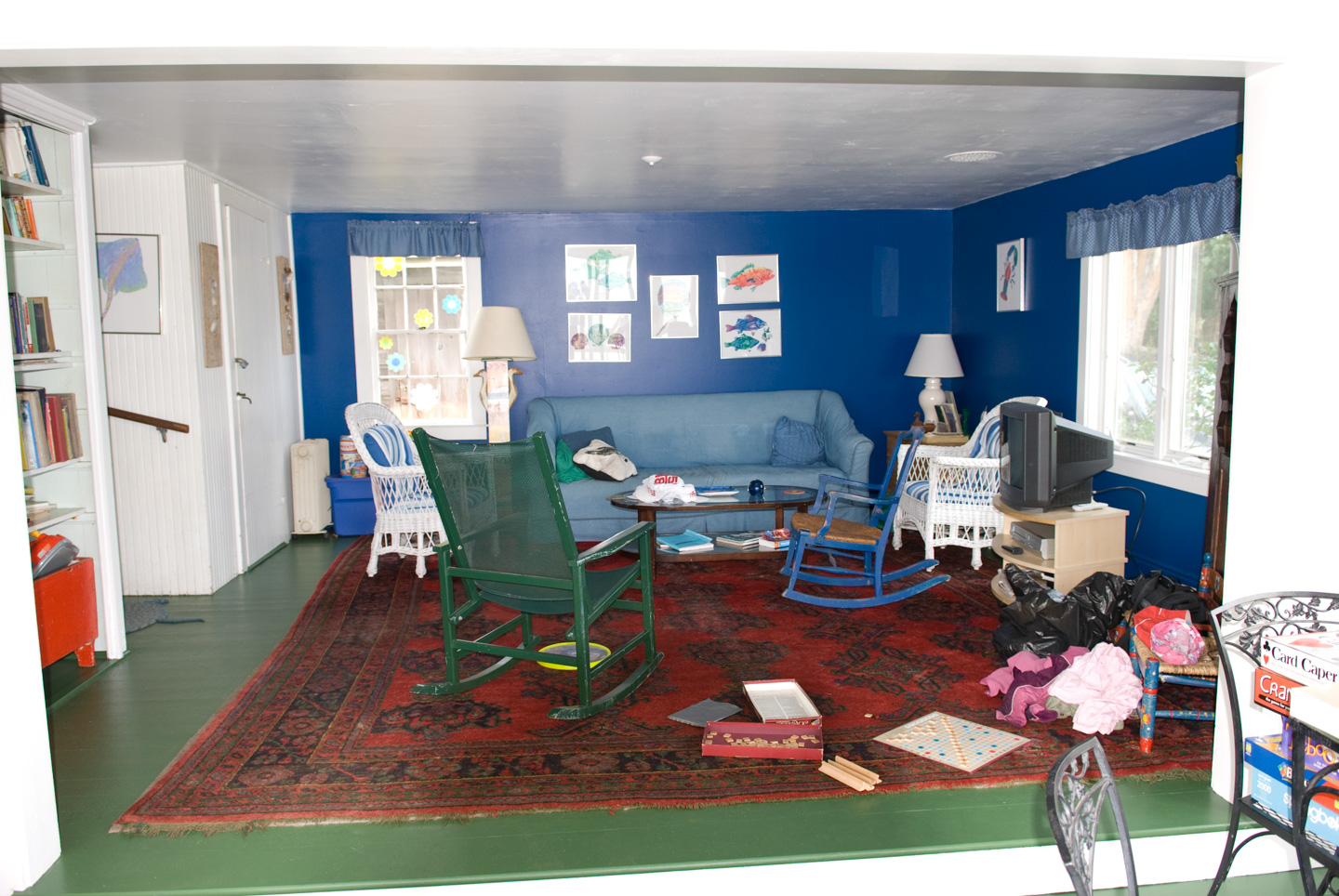 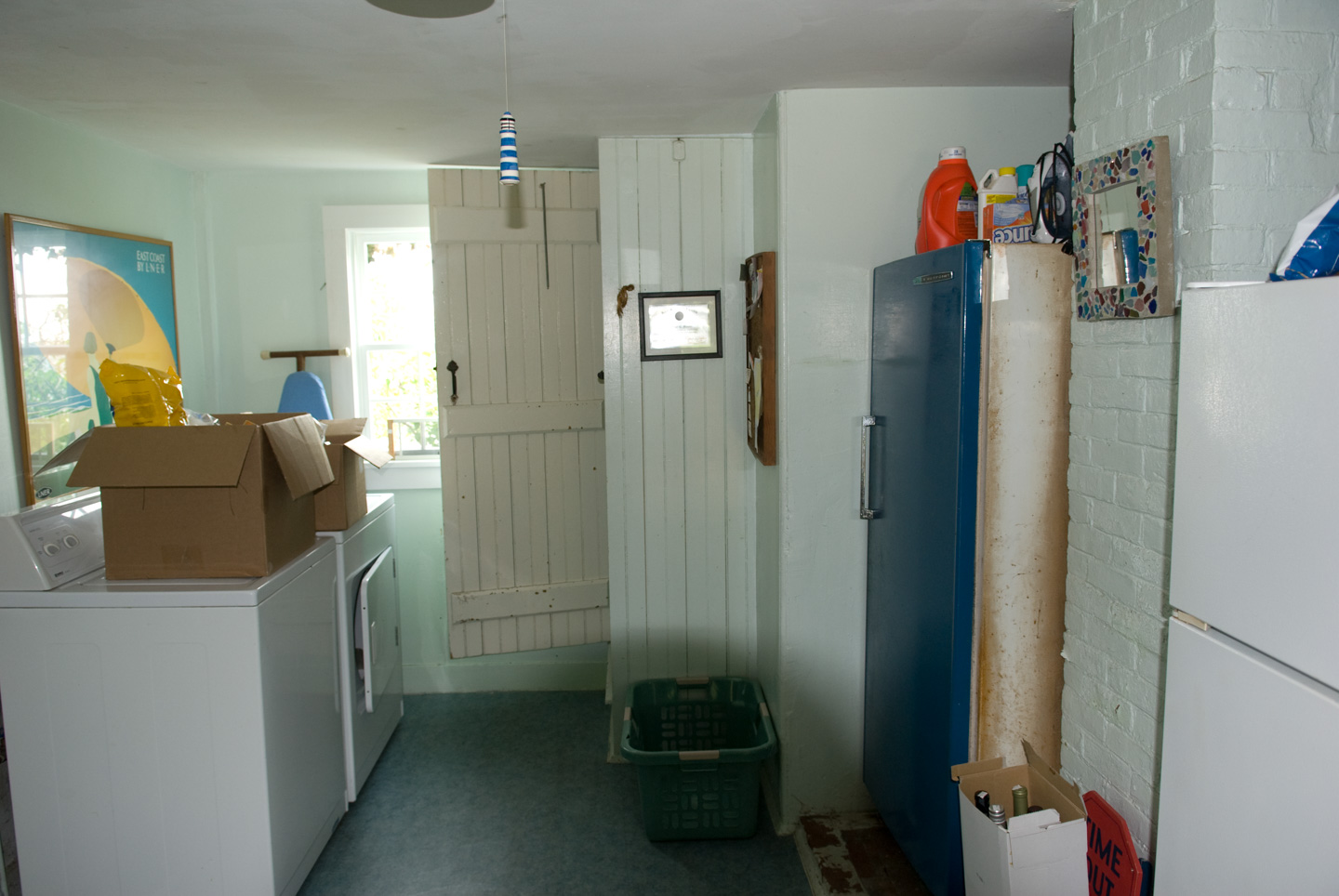 Large kitchen with two sinks, and a section where you can sit and look outside. 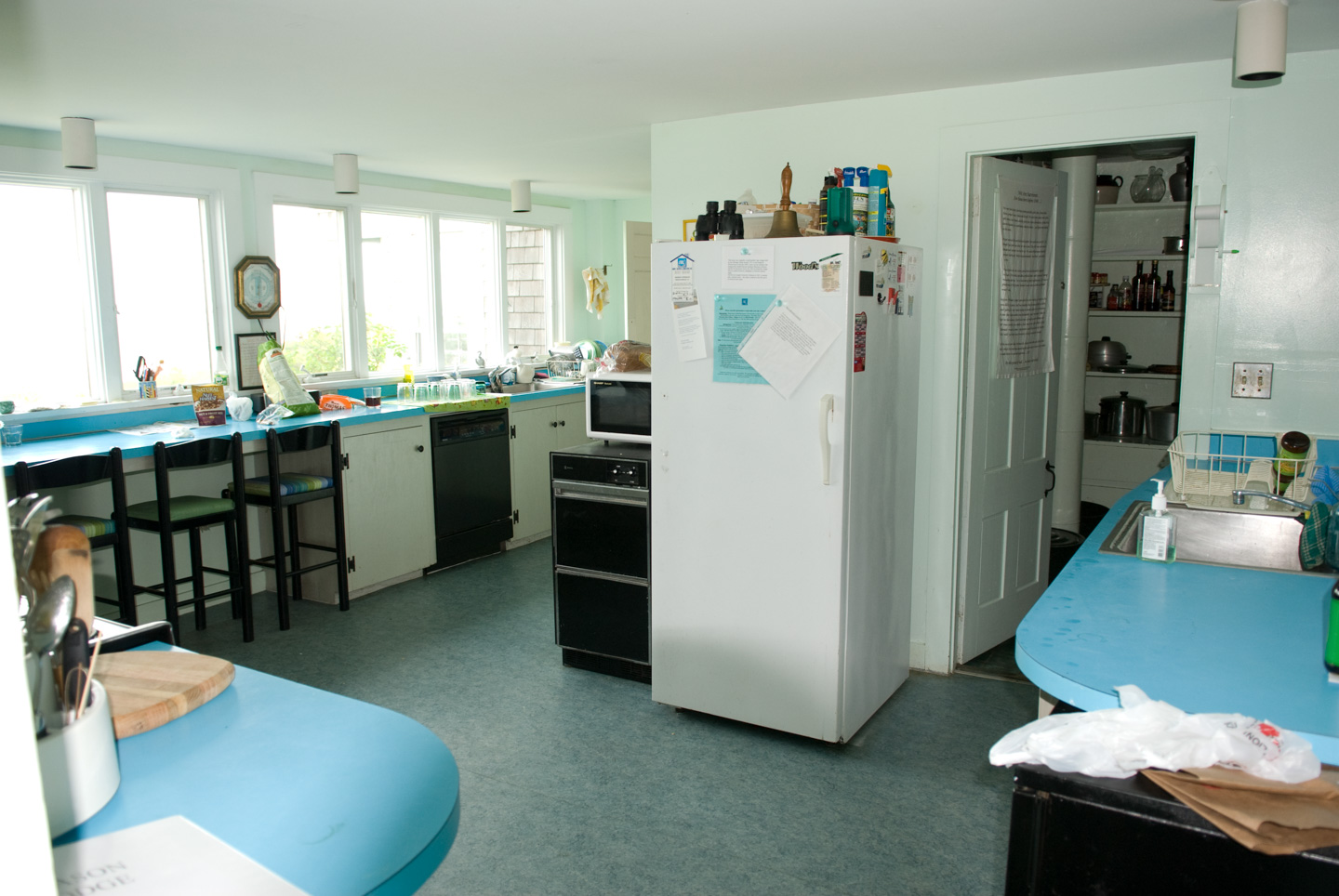 Dining room with a view towards the water. 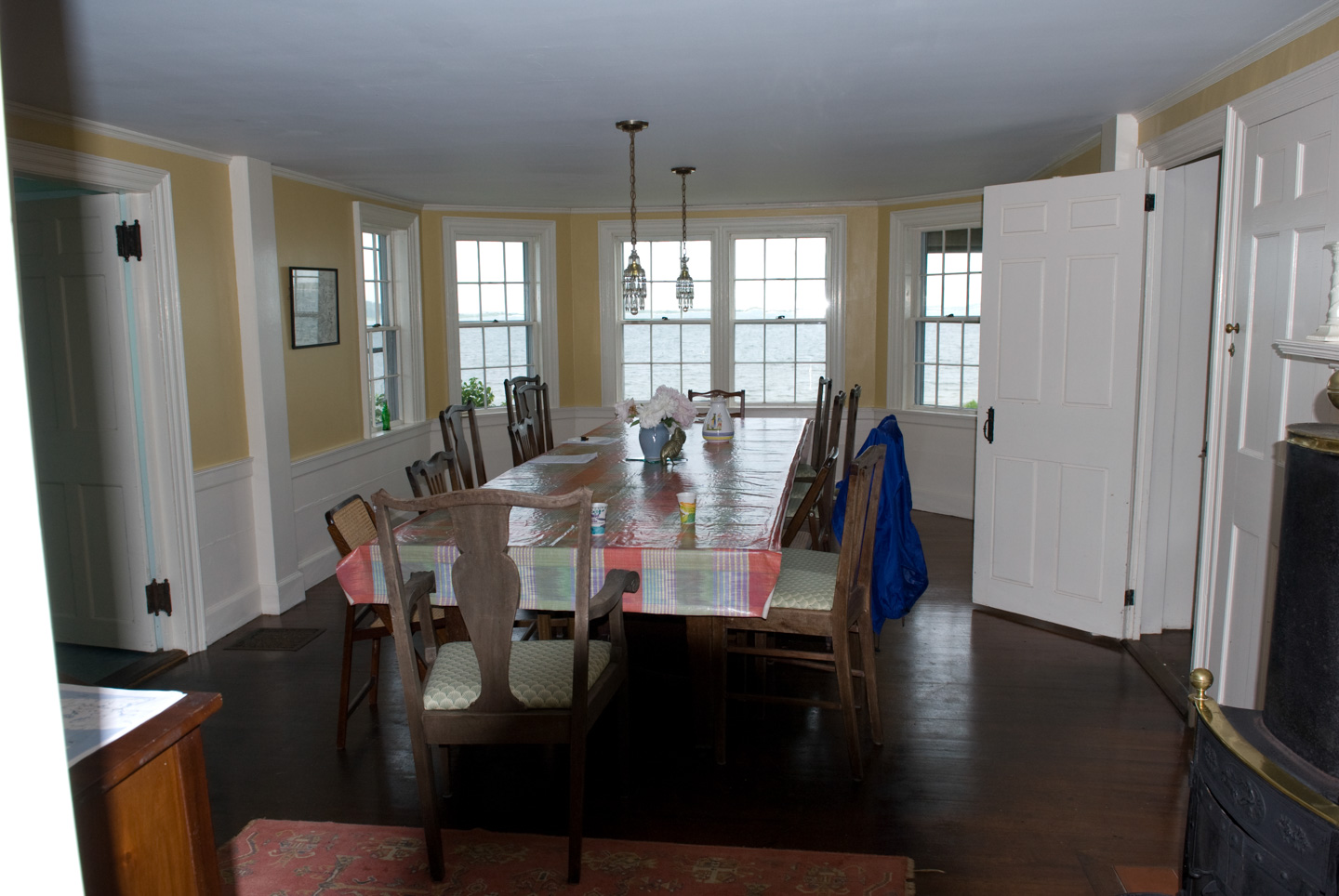 From there, going towards the front of the house is an entry parlor, with a bathroom and a small bedroom off of it. 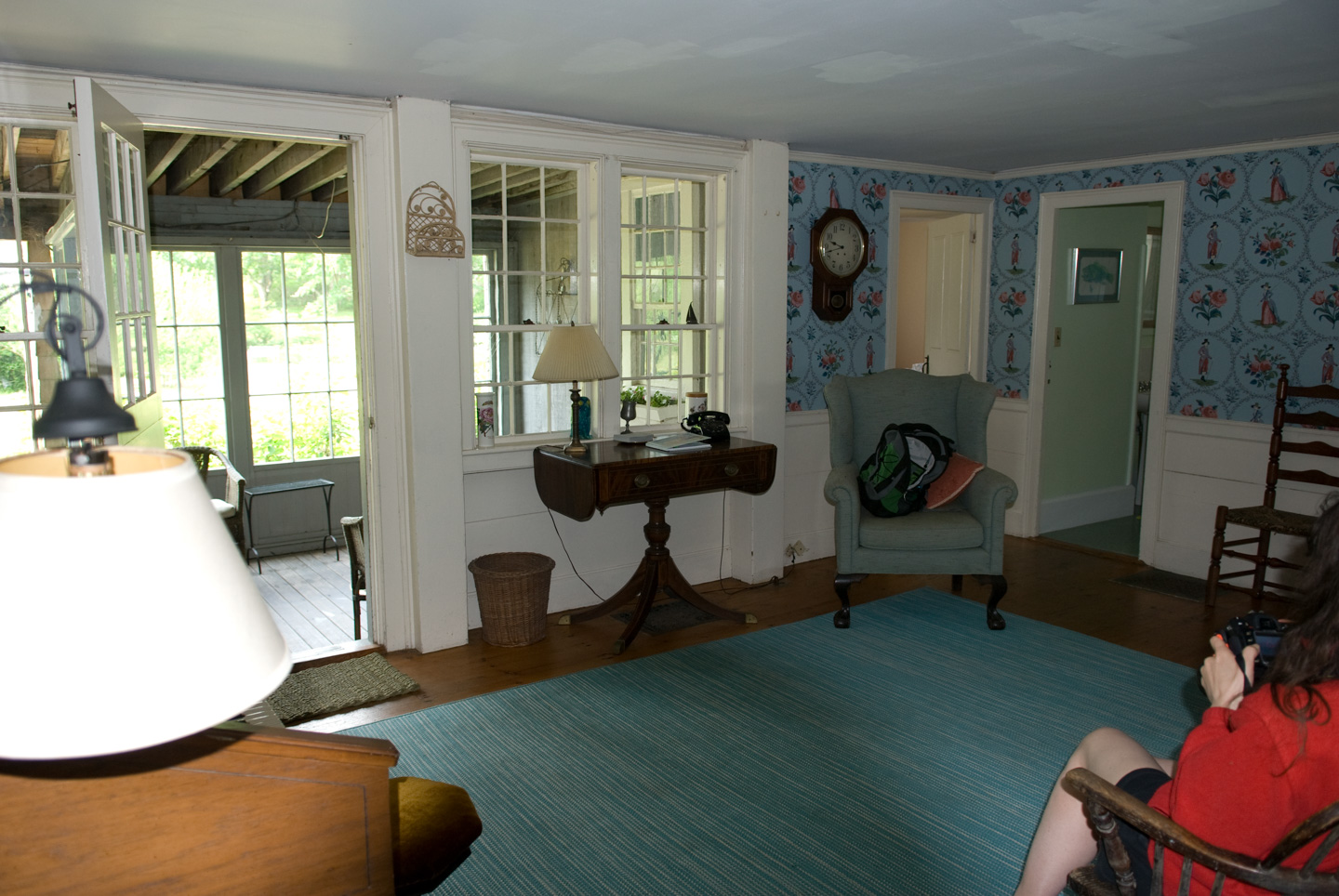 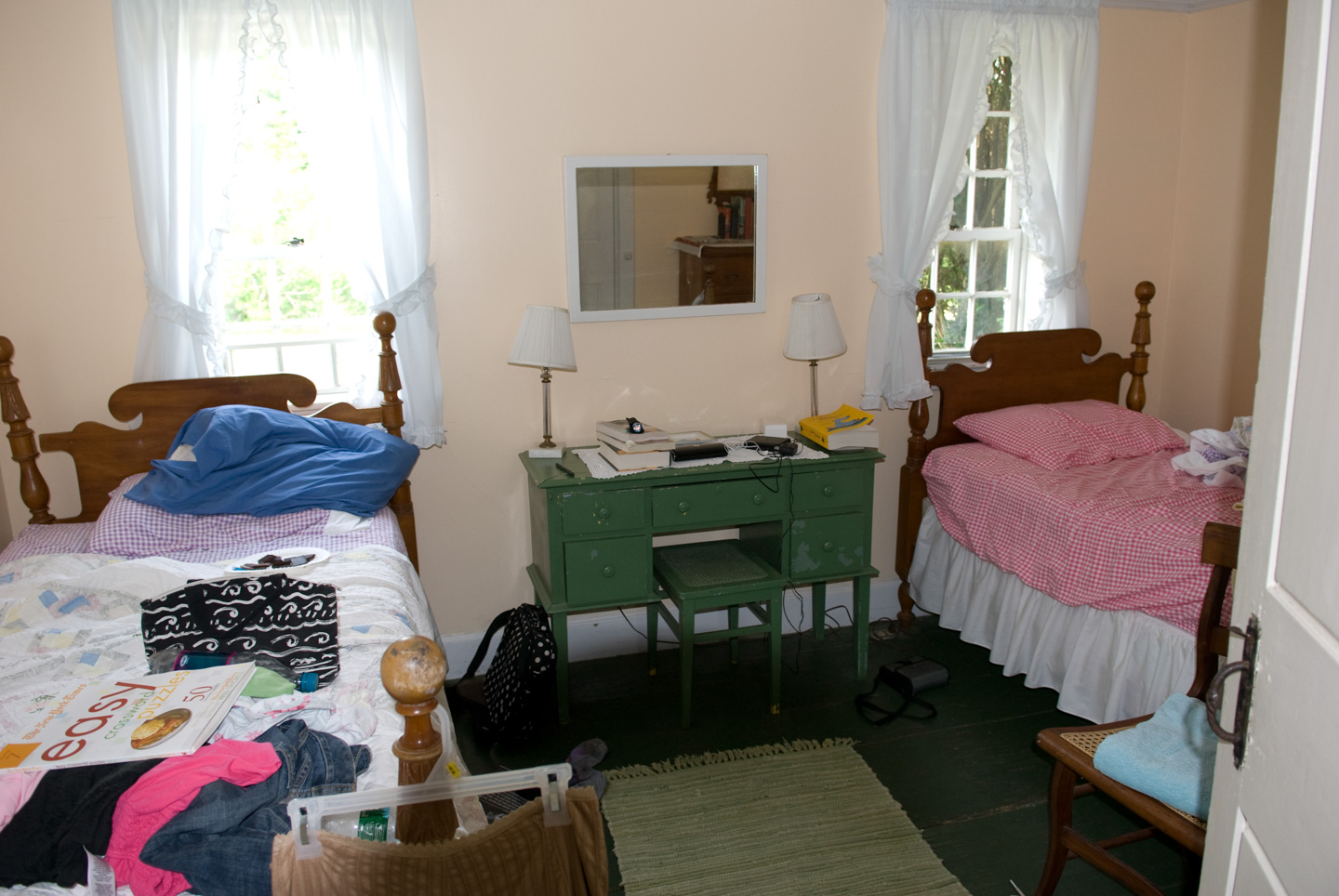 Next to that is a very small 'library' area (yellow walls), followed by the TV room (where Jeremy set up the Wii Fit!) (green walls, red rug). 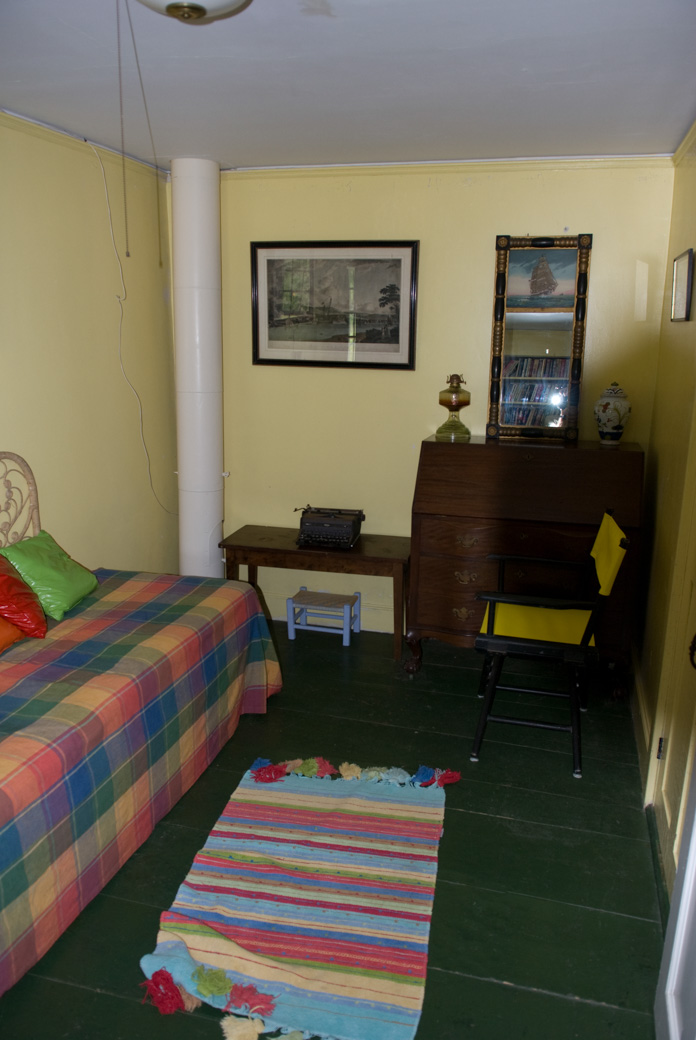 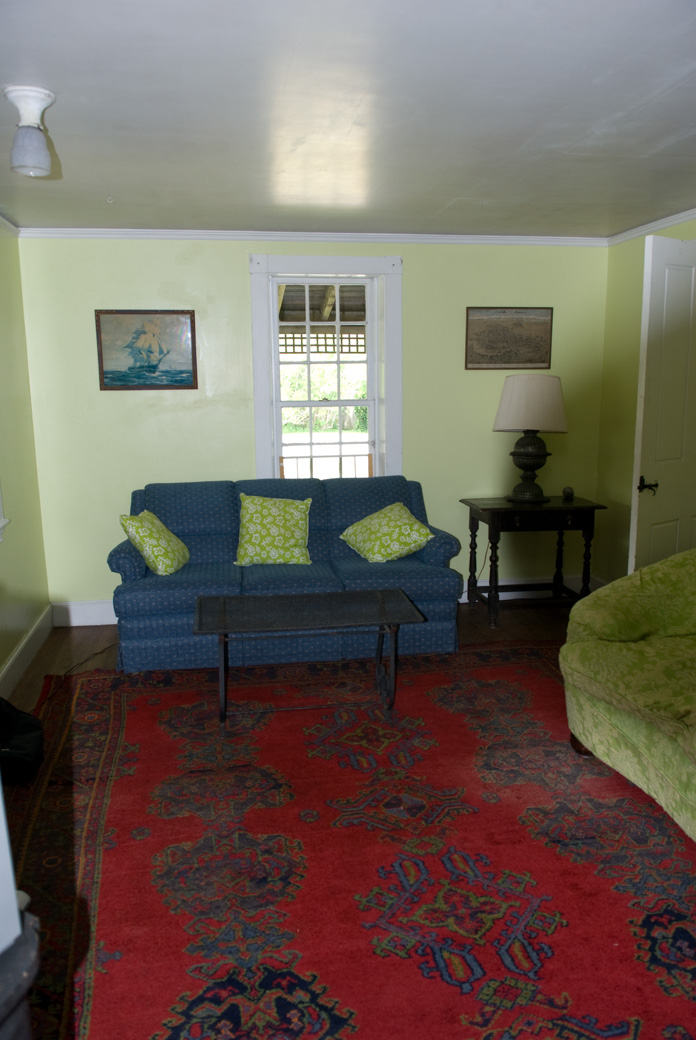 On the back side of the house (towards the water), this length is covered by a long living room (pale blue walls). 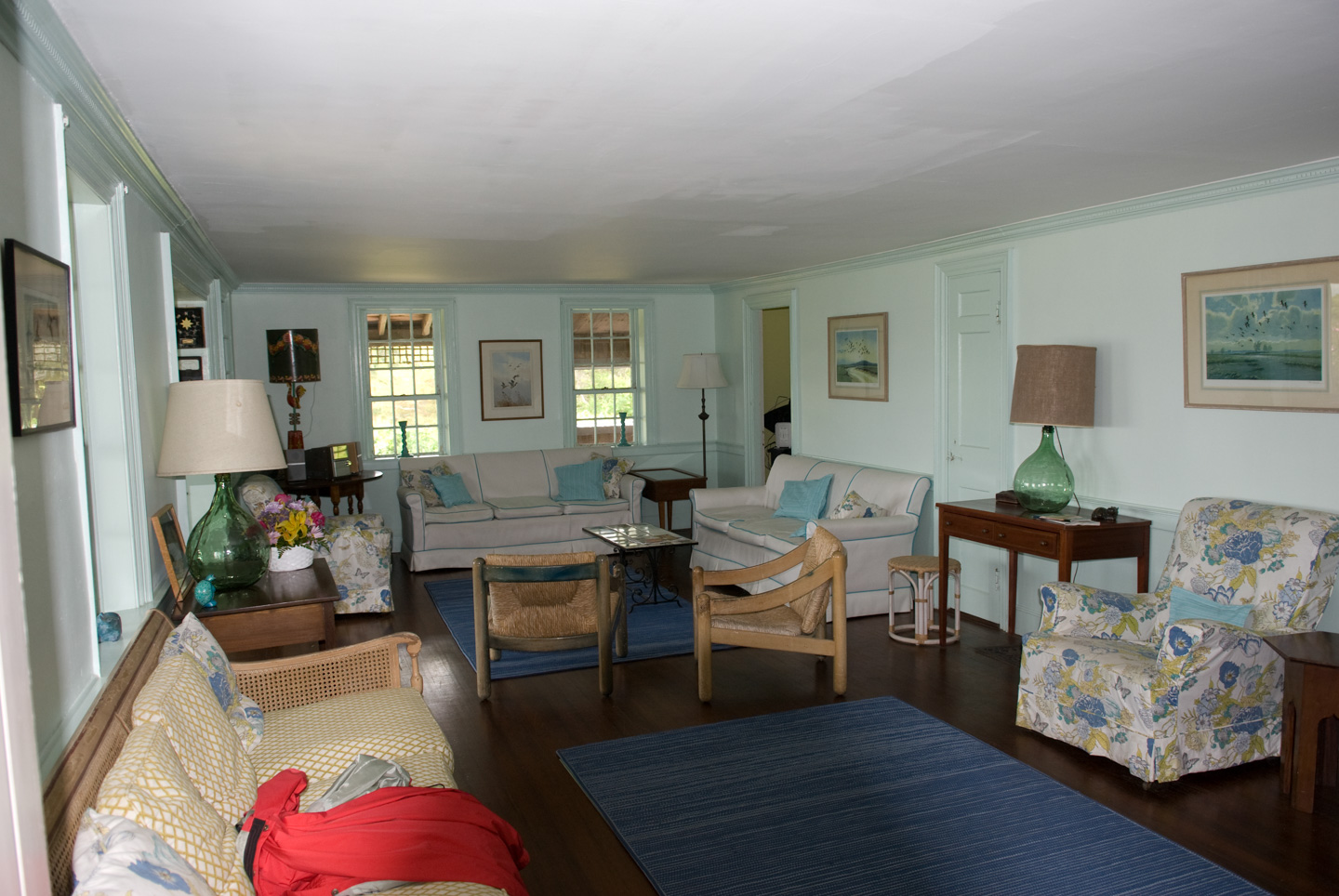 Off of this was 'the computer room', where various people set up their laptops. Paul and I were the low-tech people this week; we were the only family not to bring a computer with us! 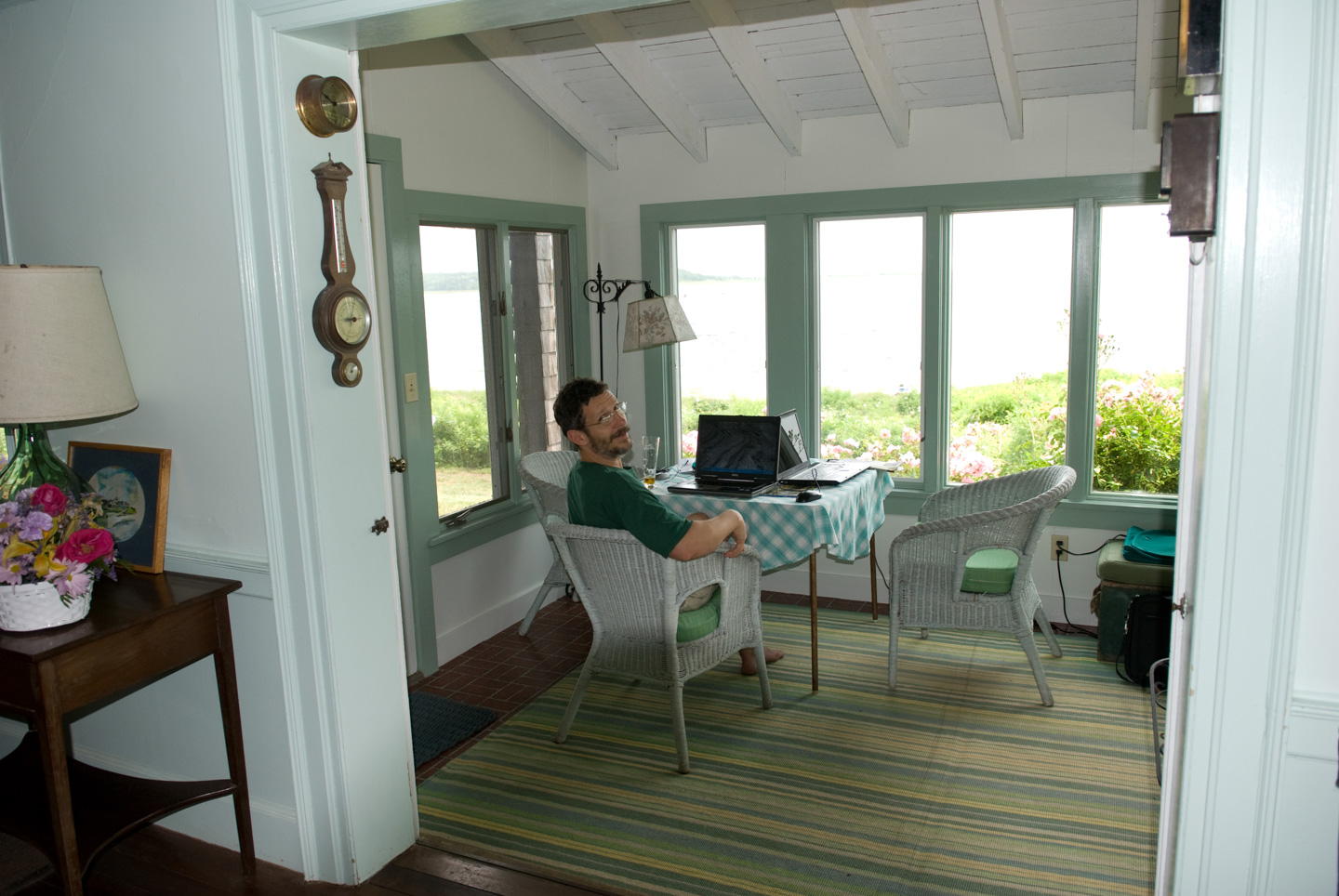 This picture (from Matt) is in the kitchen, while Paul & I were preparing supper. 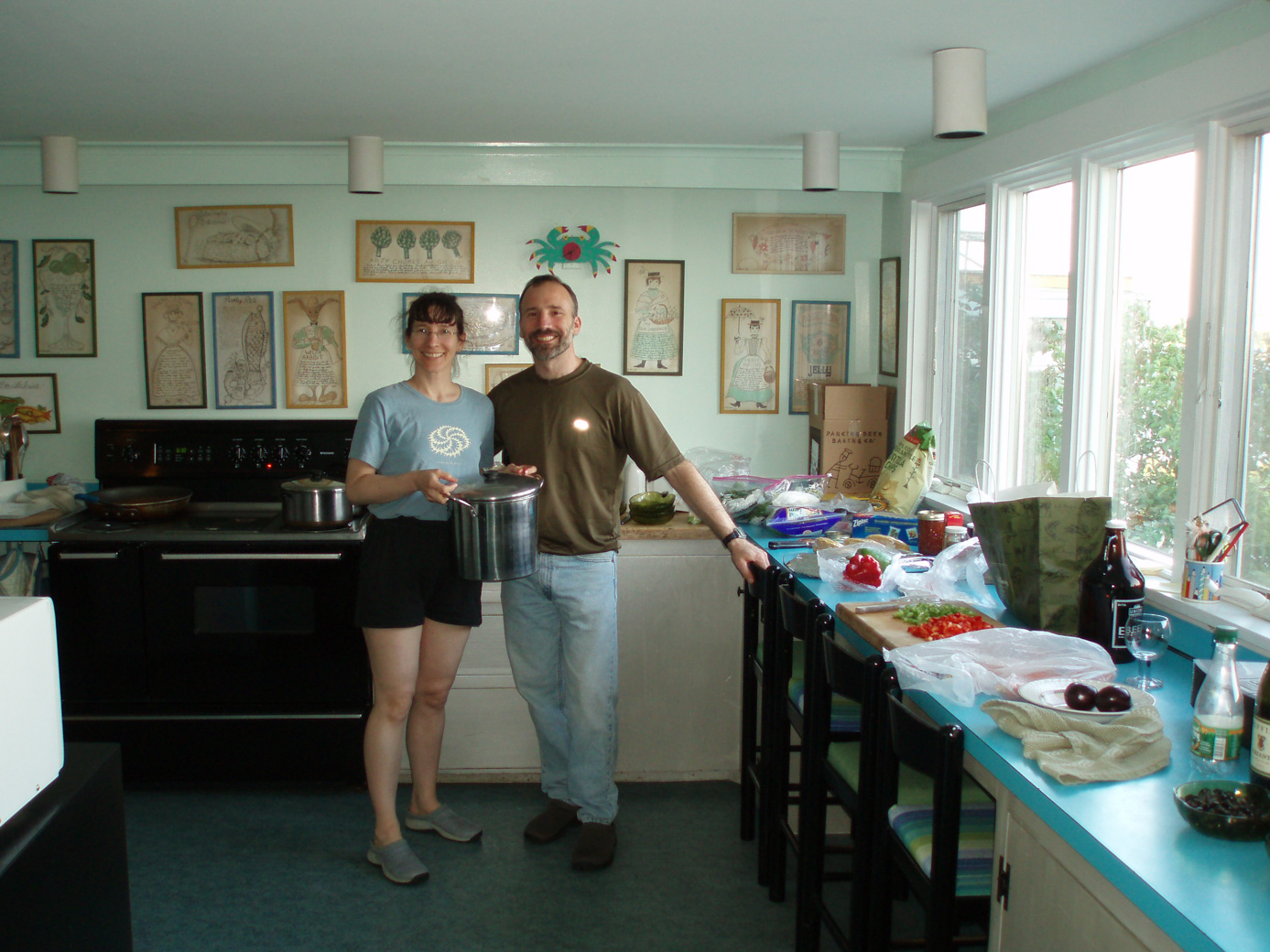 It is a large house with many beds, although most are twin size! I won't subject you to pictures off all the upstairs rooms, particularly since we didn't take the pictures until after suitcases were unpacked and the rooms were not as picturesque as when we arrived. Here is a picture of ours, standing by the windows & looking back into the house. 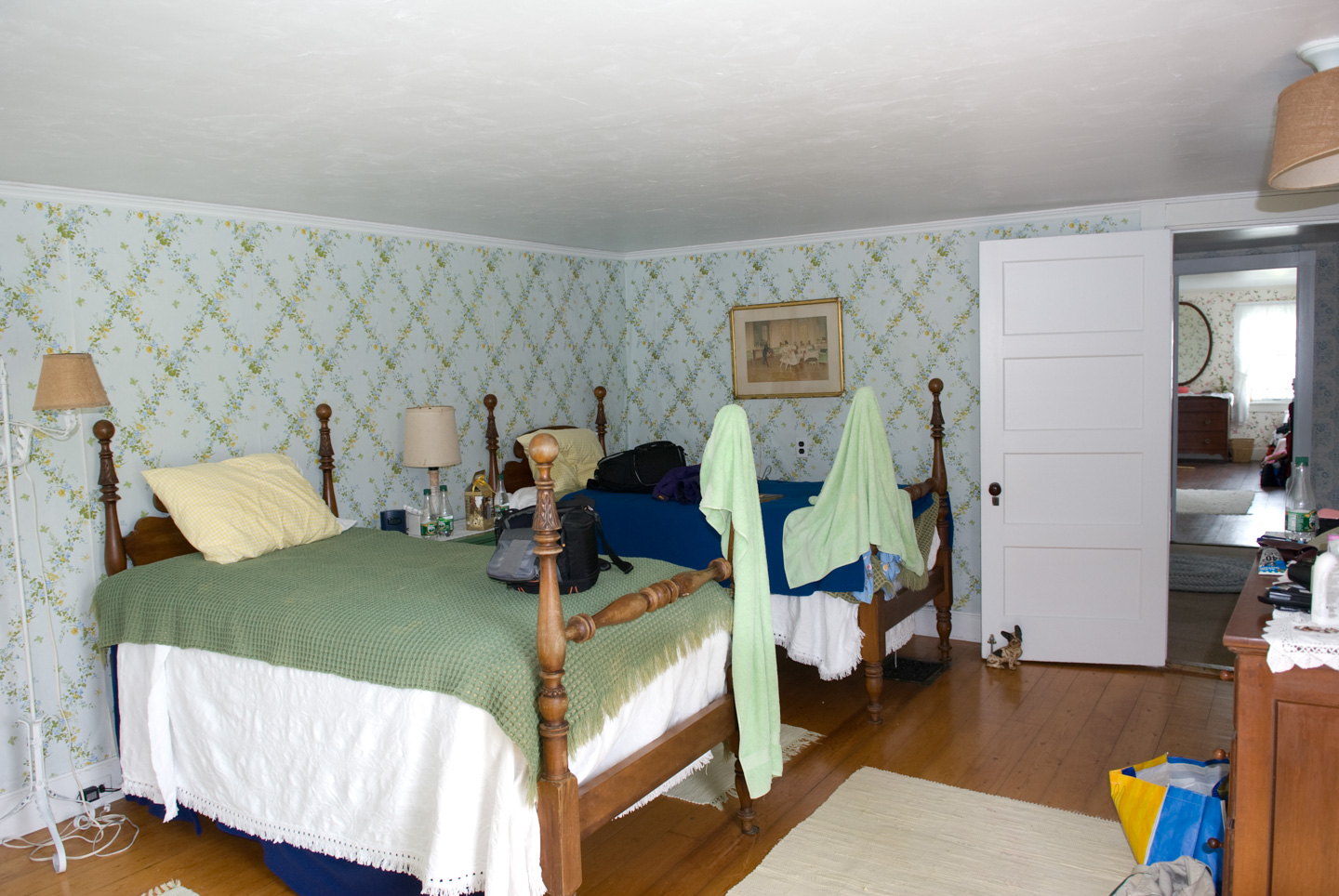 And a picture of one of the upstairs bathrooms (there were 3). I liked how the chair was painted to match the table cover (and shower curtain). 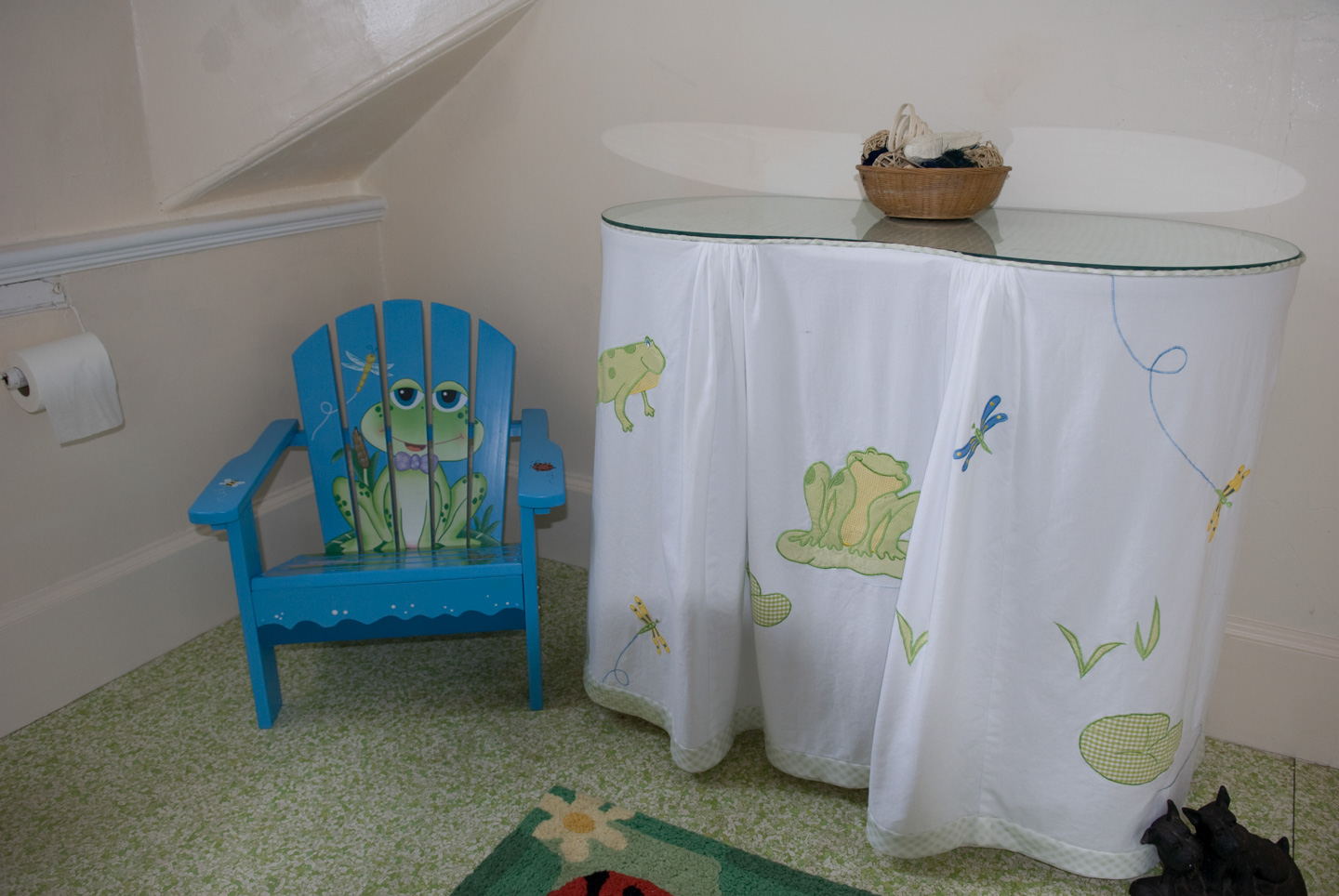 There was also a cupola at the top of the house which afforded a nice 360' view. Check out the rope railing on the stairs! 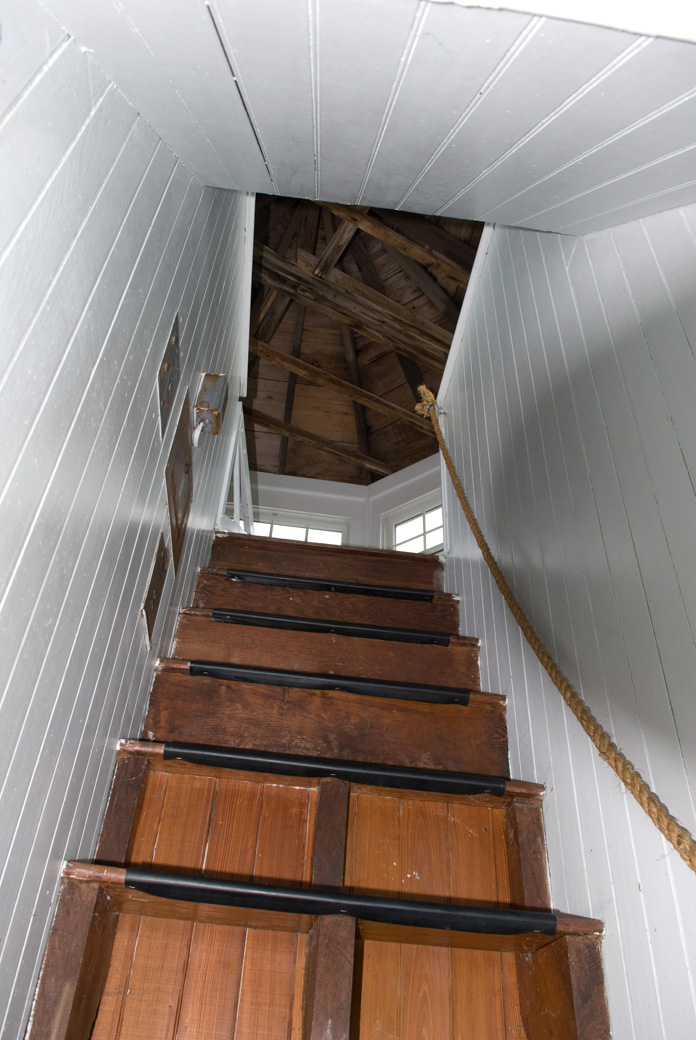 A favorite spot for breakfast and just sitting was the little porch in the back. It was under an overhang, so it was in the shade, while having a lovely view of the water. 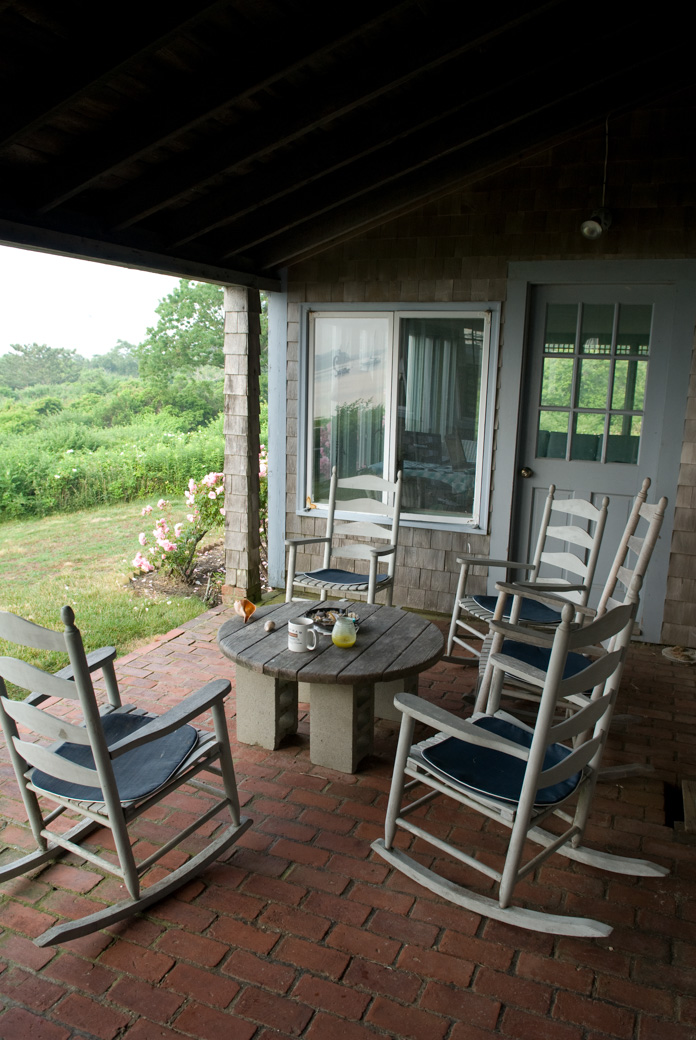 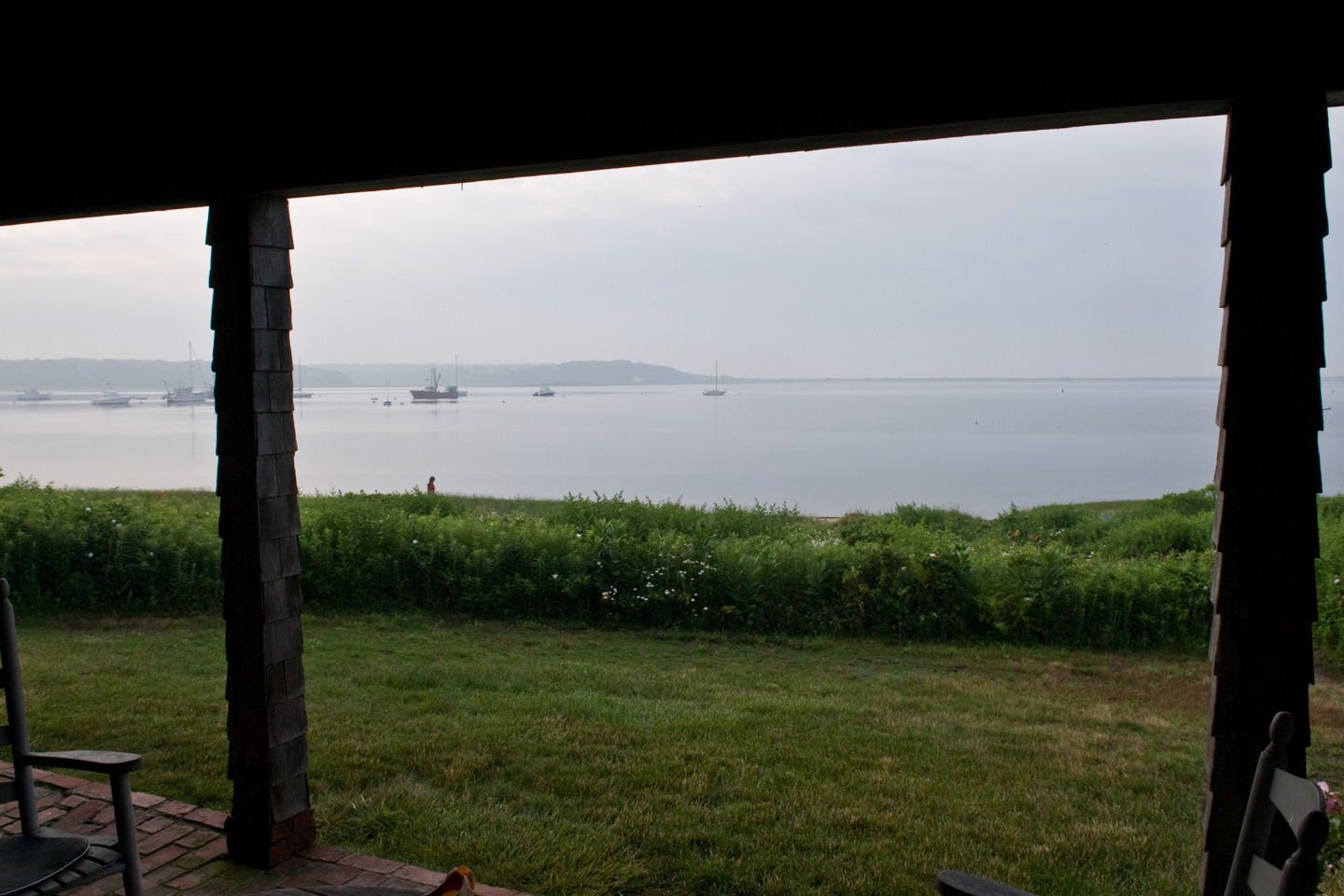 I made a composite picture of the view of the water from the Cupola. It isn't perfect but gets the idea across: