Vanda recently visited us for a bit, on her way to Maine. We took advantage of her visit to go to Plymouth. You might remember that we went last year as well, when Francesco was here.

So you can get a good feel of historic Plymouth, I will put up most of the pictures. This means that I will divide this in to a few pages, since otherwise it would take a very long time to load. The first picture is us in the entrance area of the Mayflower 2. 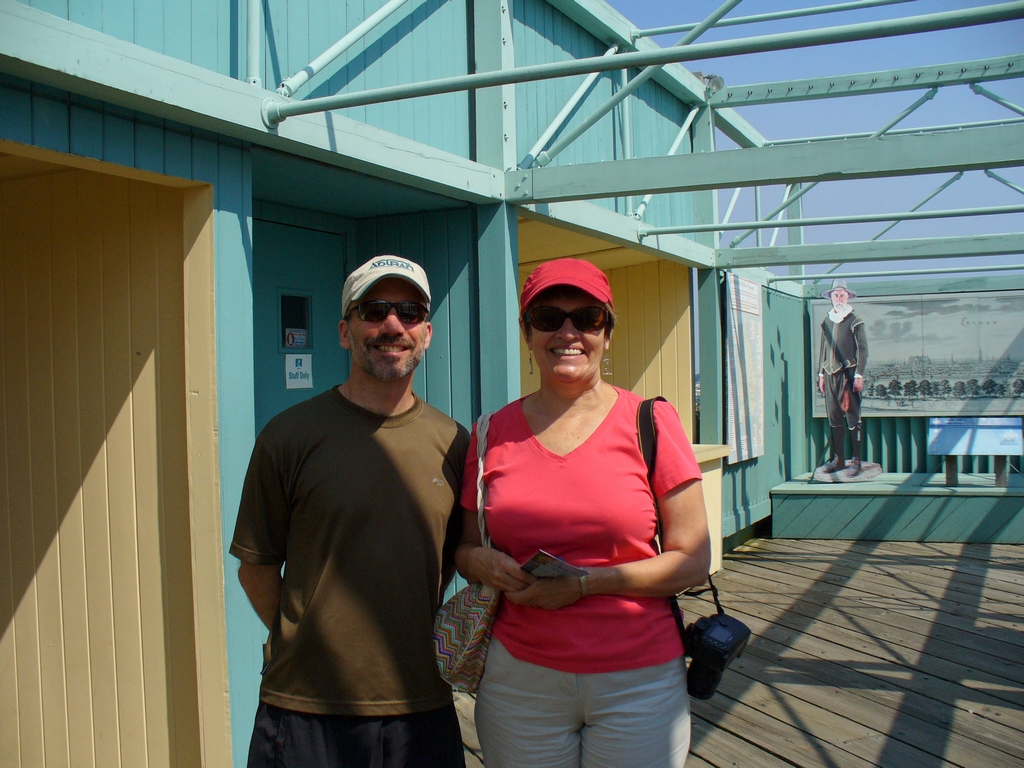 The entrance area has a lot of information about the times. The Indian population in the Plymouth area had been hit hard by disease, from previous contact with Europeans, so the settlers were able to build right on an abandoned Indian village site. Here I am next to a Pilgrim cut-out figure. 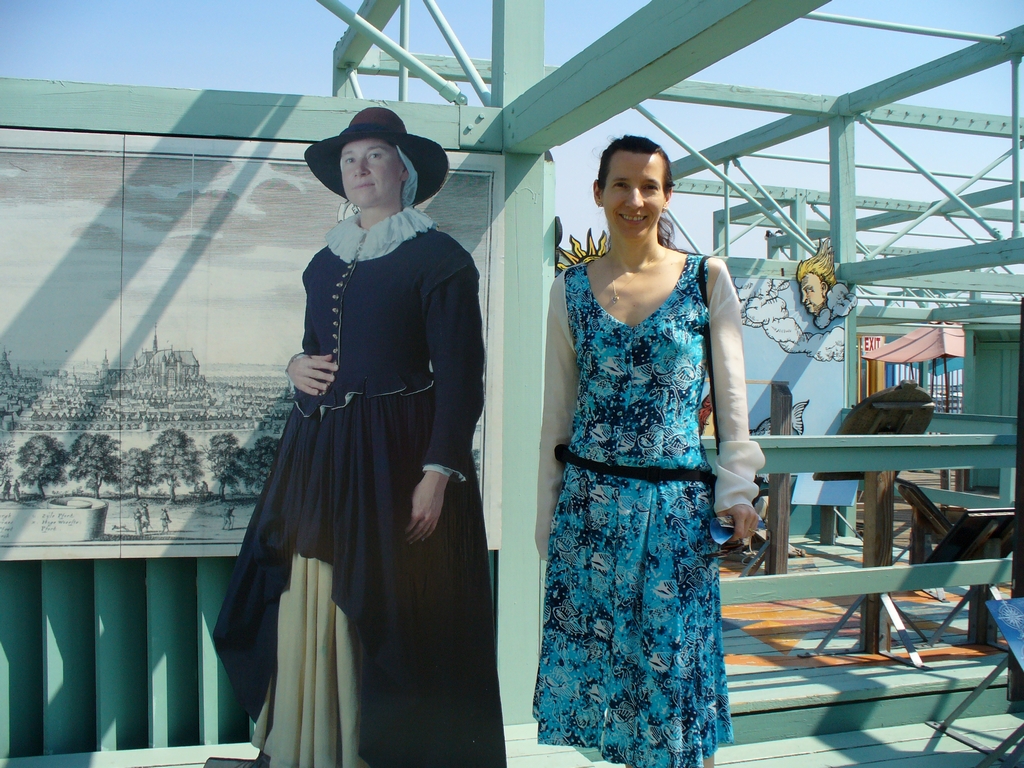 The Mayflower II is an accurate reproduction of the original Mayflower. And let me tell you, I would NOT want to have been a passenger on it. 104 passengers, plus the crew. 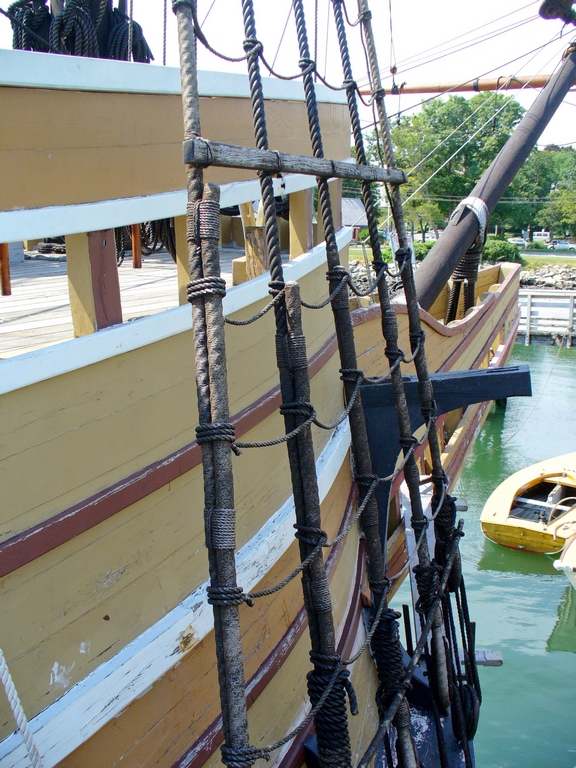 The passengers primarily stayed below deck, along with the livestock that they brought over. The current ship has more openings to the outside. During the actual voyage, there were fewer stairs, and while traveling, the windows had to be closed and sealed. So it was dark there. The crew had the head for a bathroom. They think that the passengers probably used chamber pots, which would have been dumped in to a barrel and then overboard daily (or as the weather permitted). 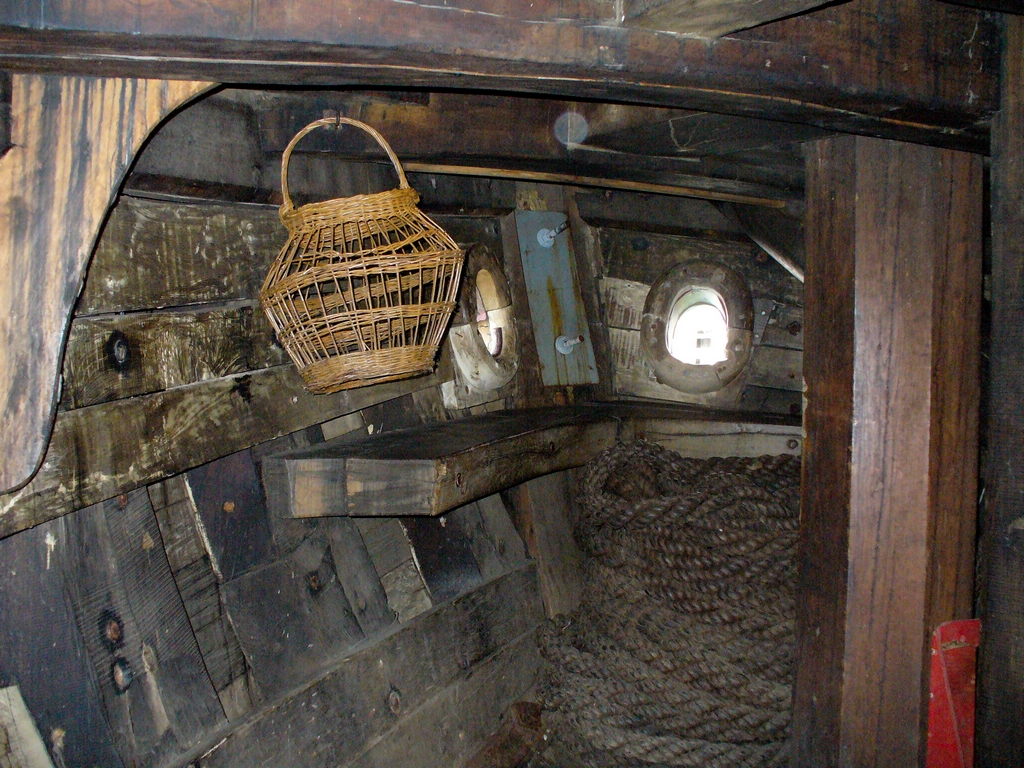 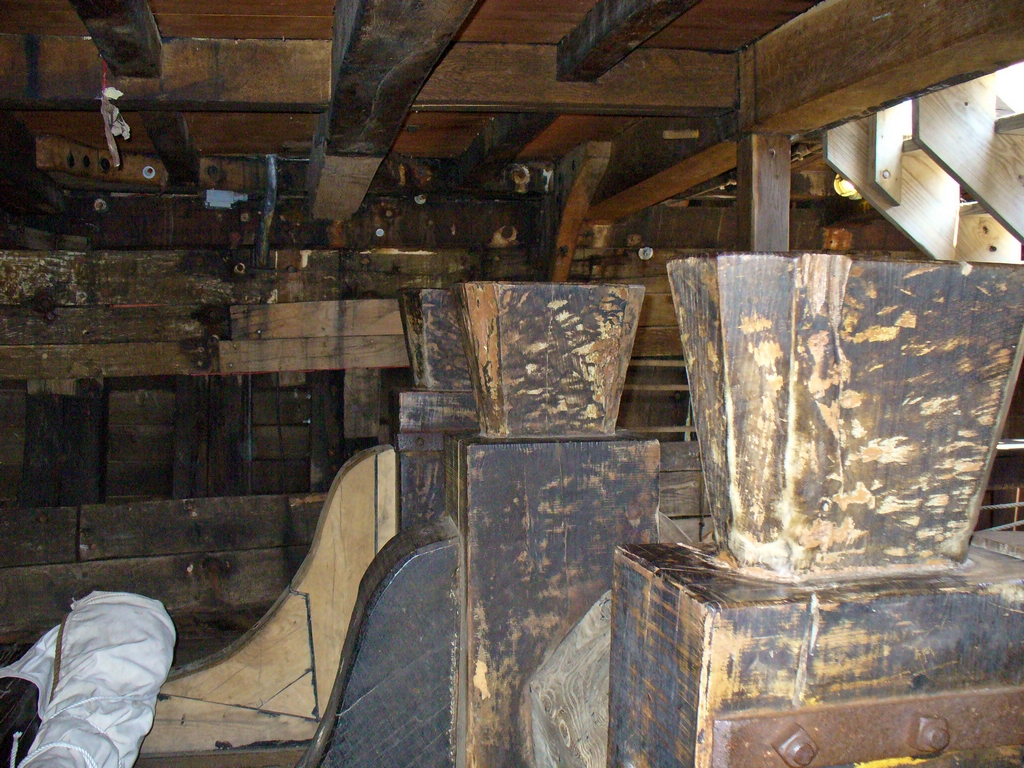 This was taken without the flash. Remember, this is a lot brighter than it would have actually been during the voyage. 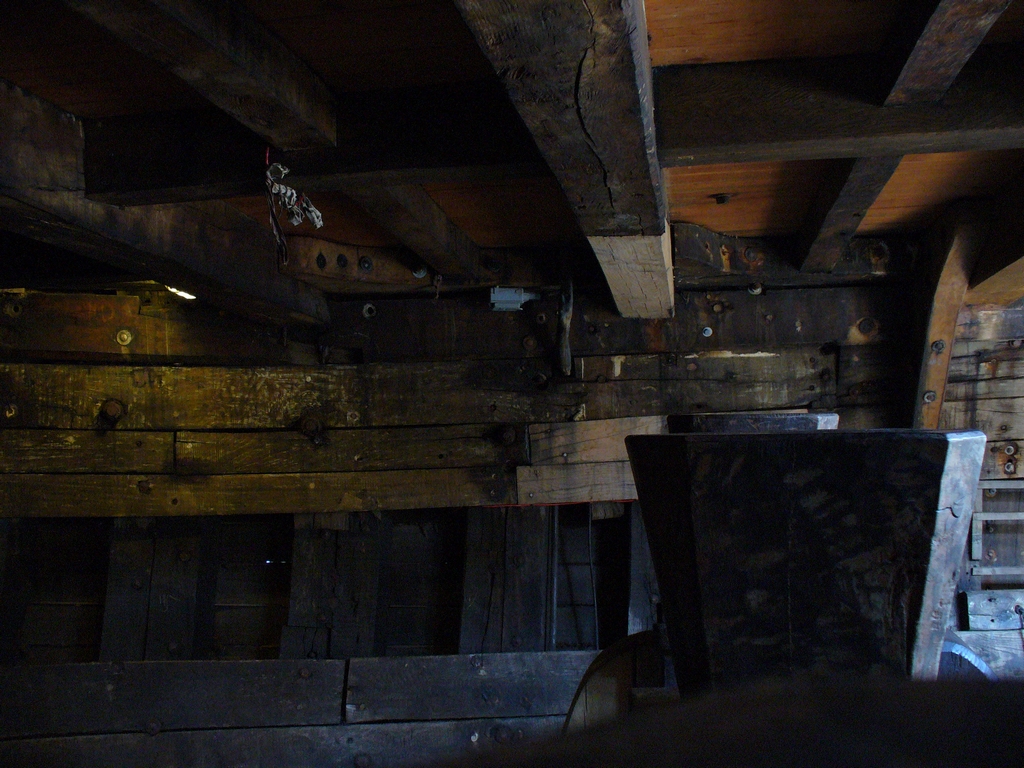 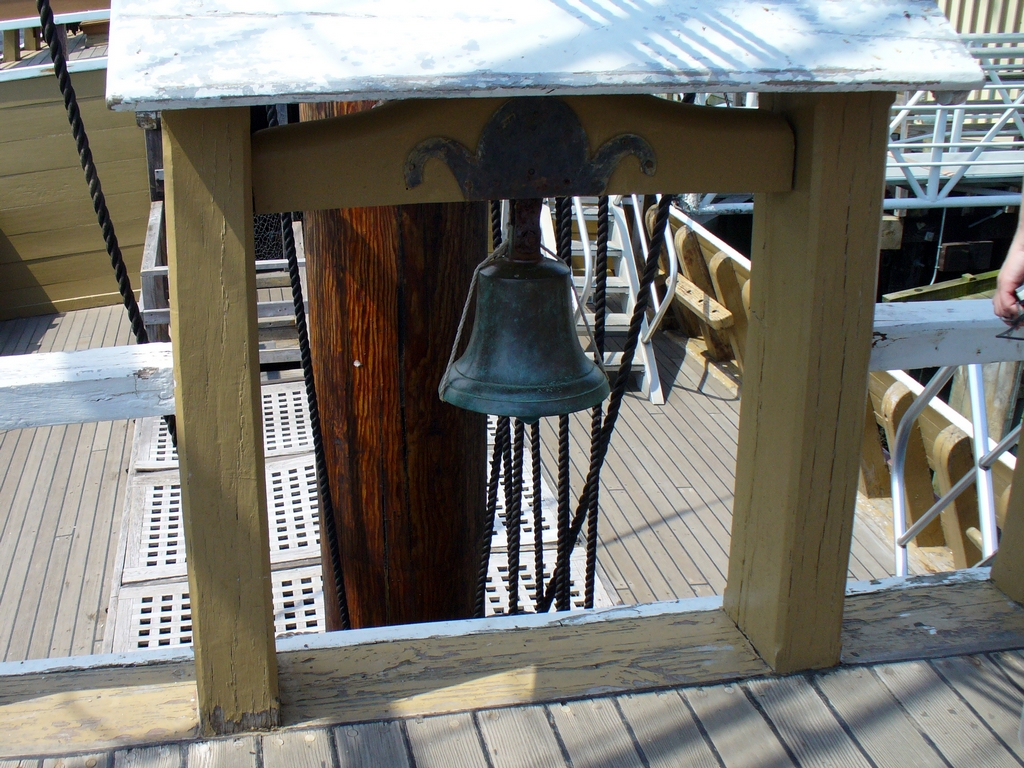 Thomas played the part of a colonist who was helping out on the ship. Many of the crew and sailors got ill, with about half of the colonists dying over the winter. The date is always in March on the ship, as Thomas reminded me. I asked about the hat. He compared to using oven mitts to handle a hot kettle - the hat acted as protection between him and the sun. Personally, I'll stick to straw hats in the summer, and not wool knit caps. 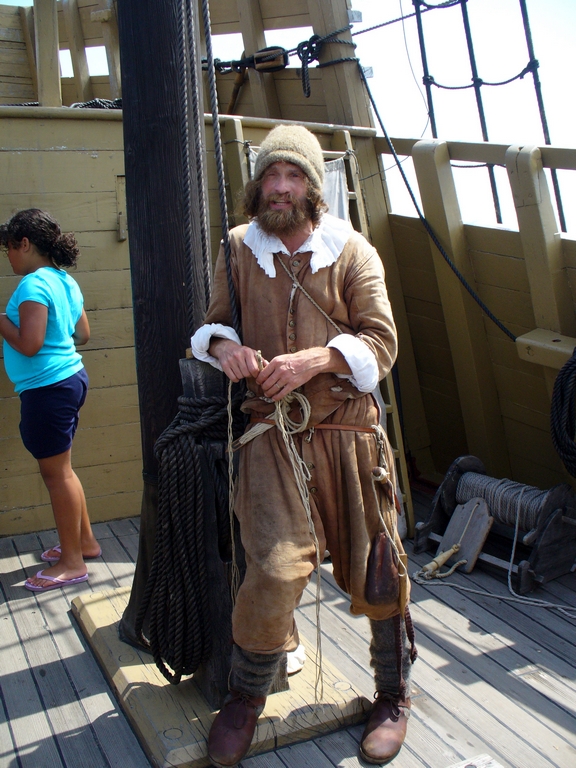 He was making a hemp rope (or trying to, in between questions). 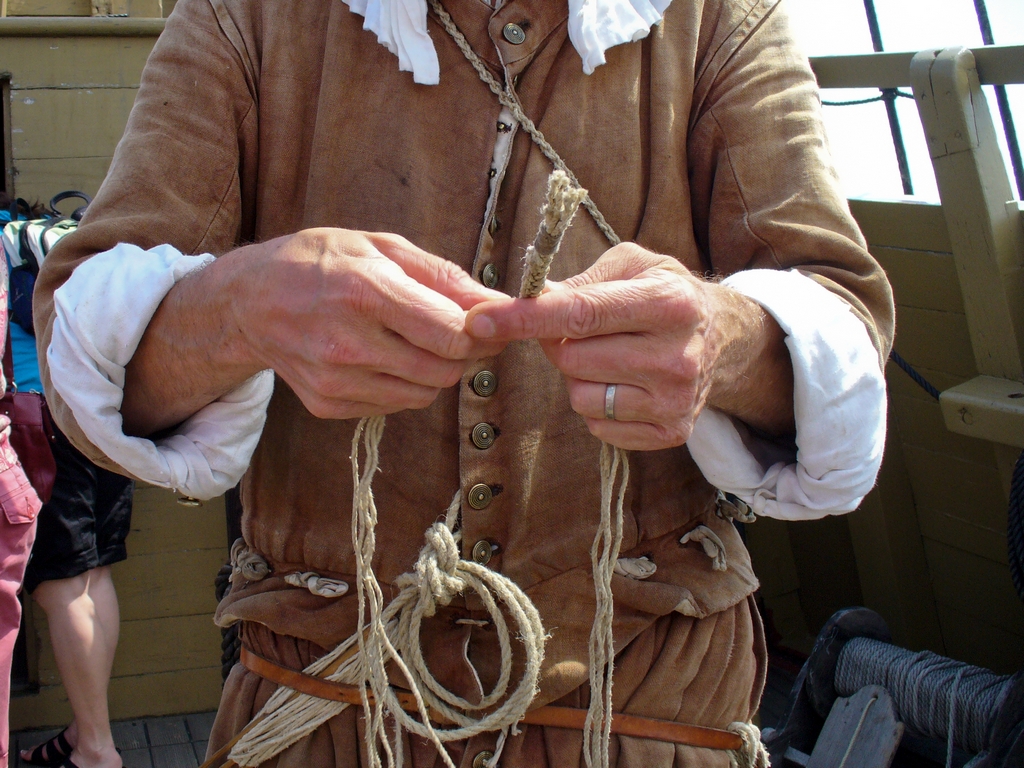 You might not be able to tell in this picture, but shoe lasts at this time - and indeed for the next couple of hundred years - did not differentiate between the left and right feet. Wear would eventually designate one shoe as right and one as left, or the wearer could deliberately swap them around for more even wear. 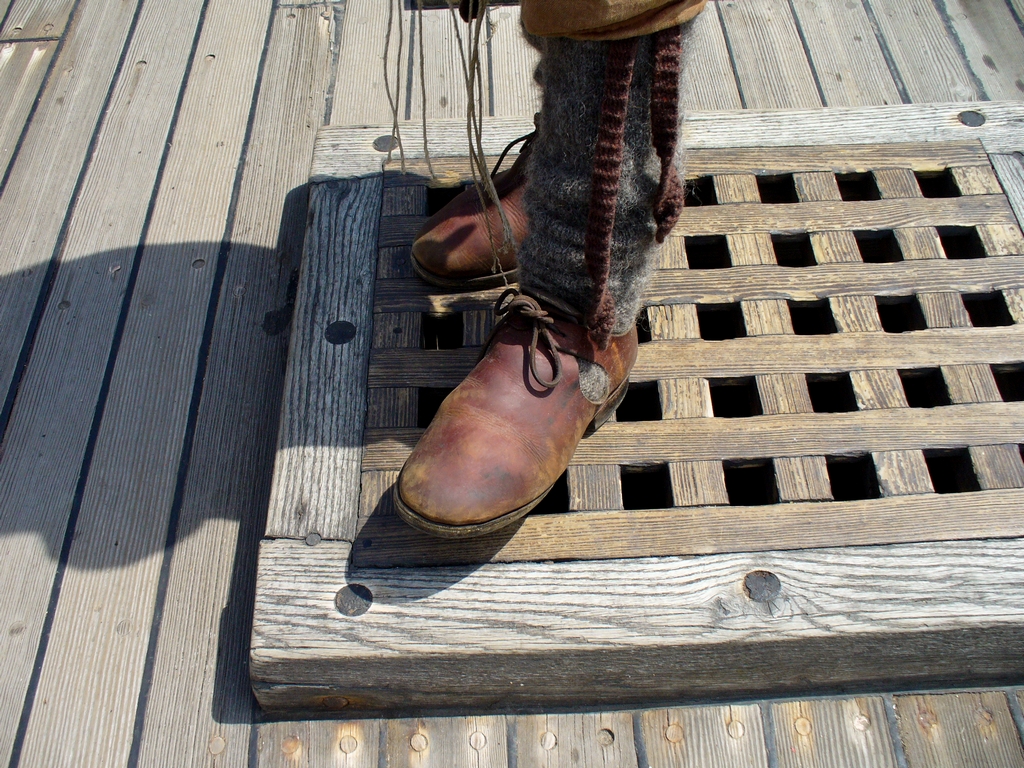 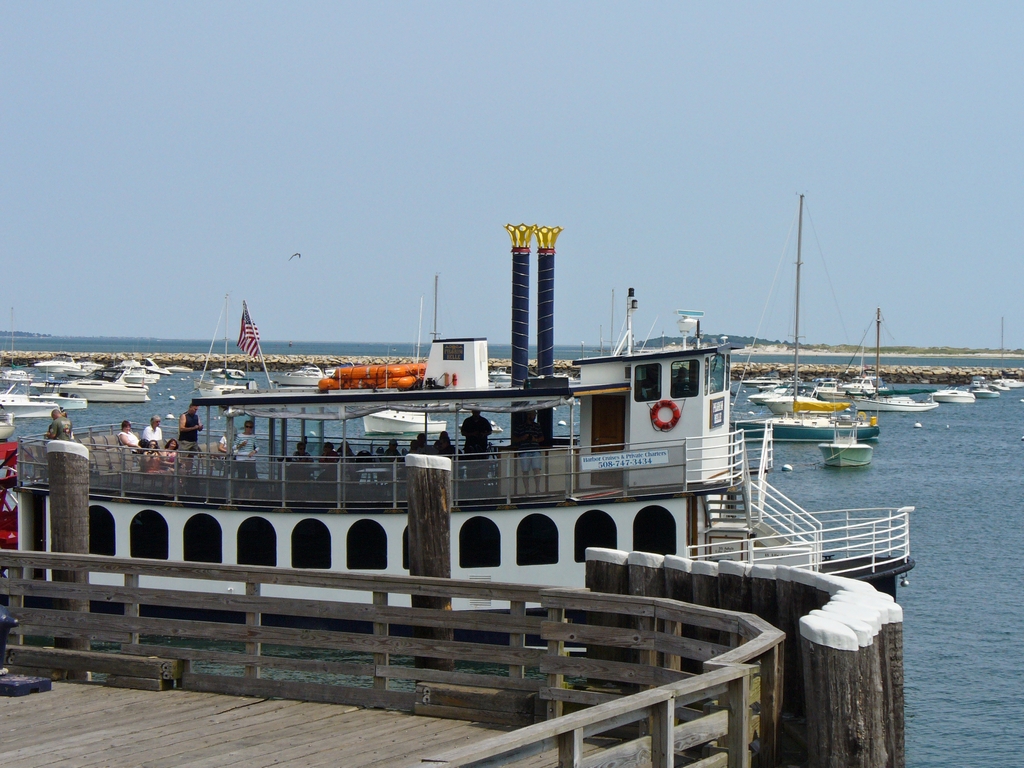 The ropes would have been coated with some type of tar to help preserve them. 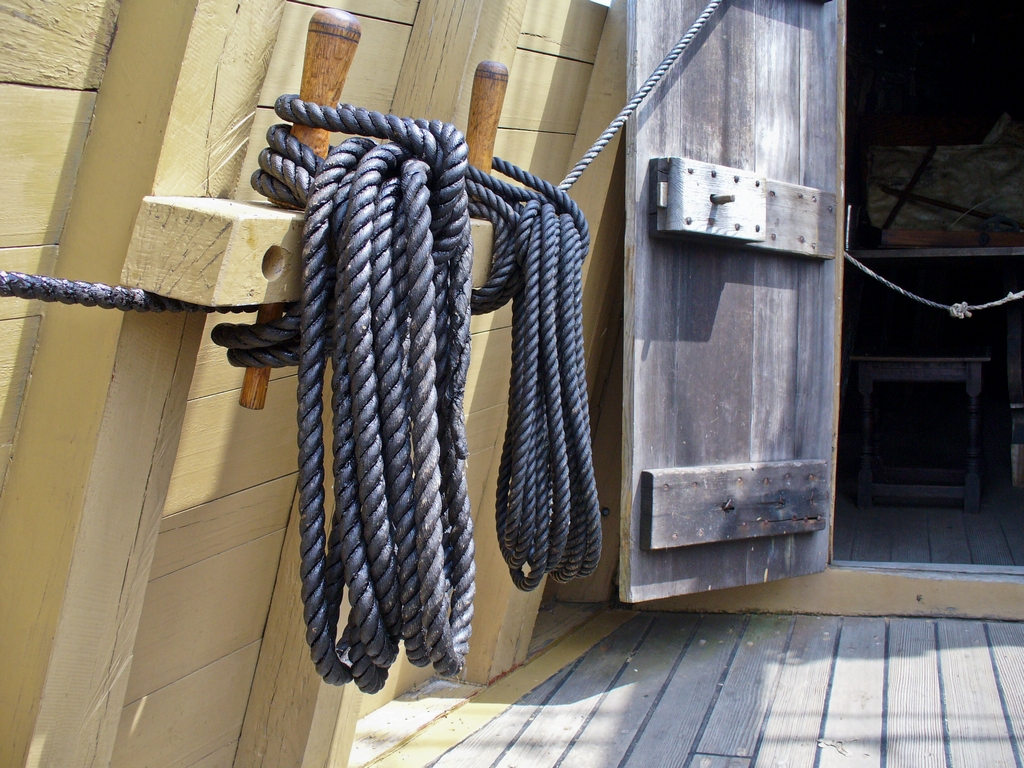 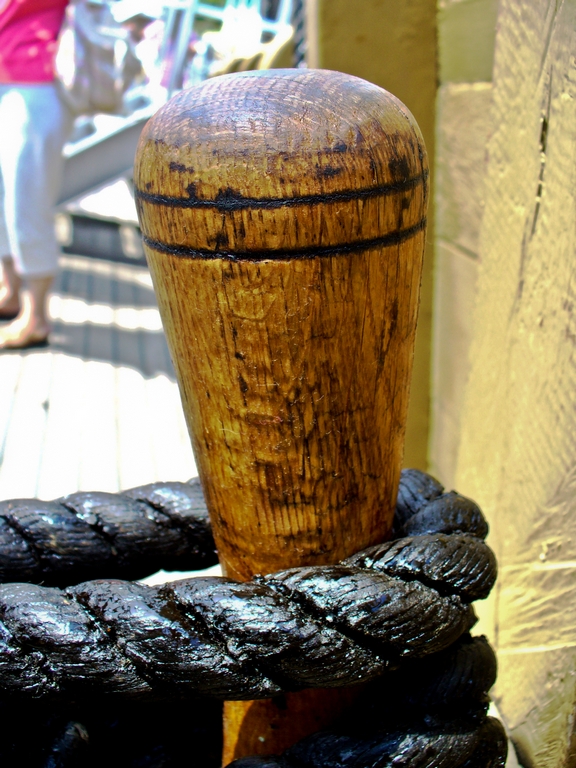 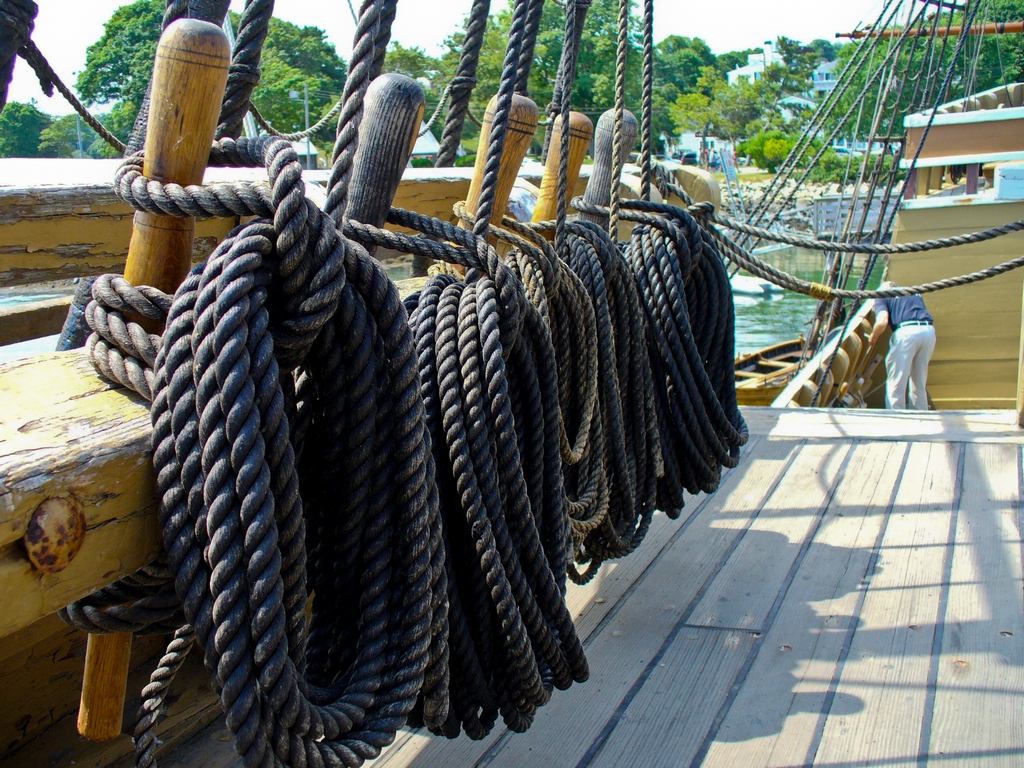 Pretty flowers outside of the Mayflower exhibit. 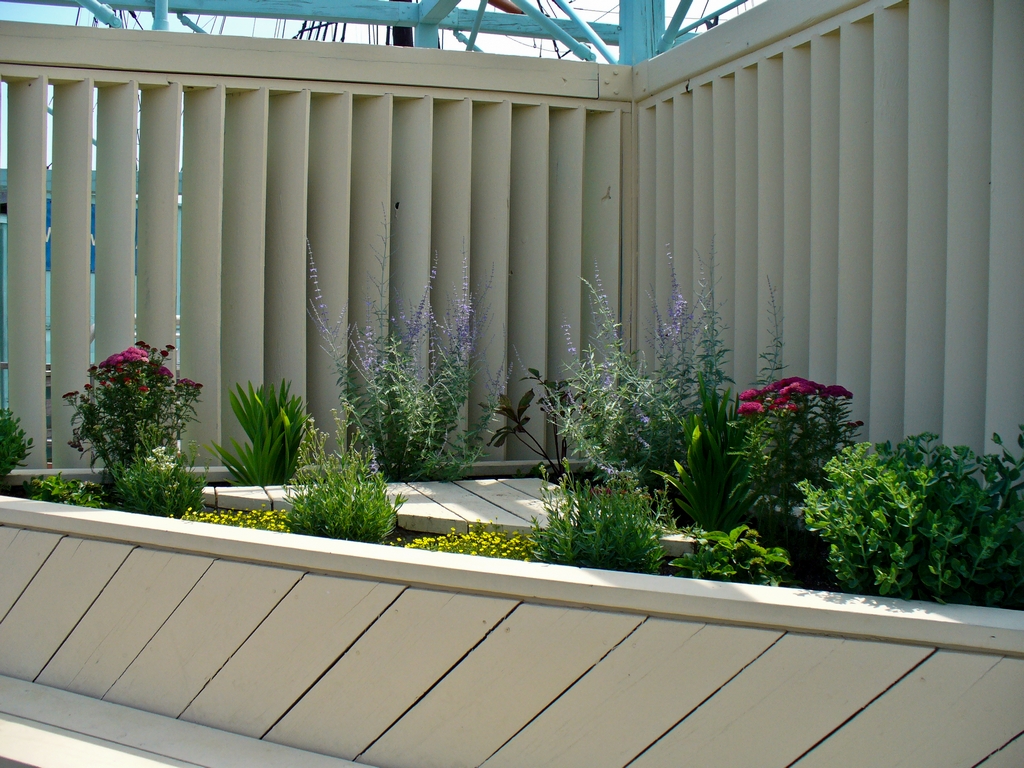 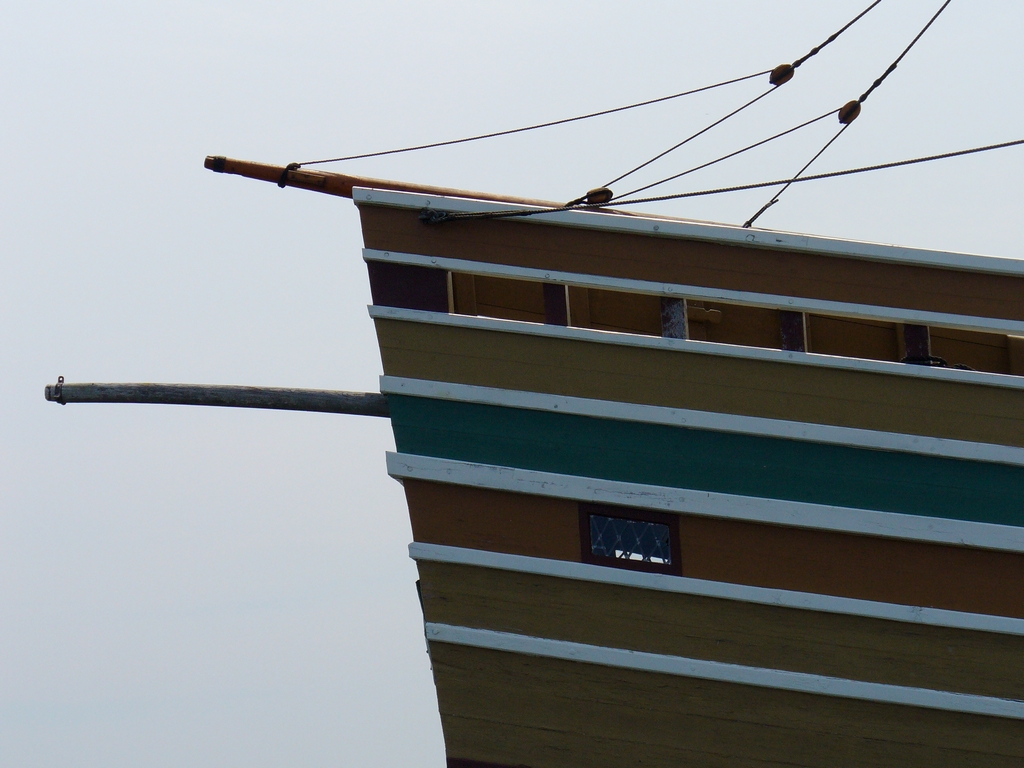 Some rope on the dock, used by some modern sailors. 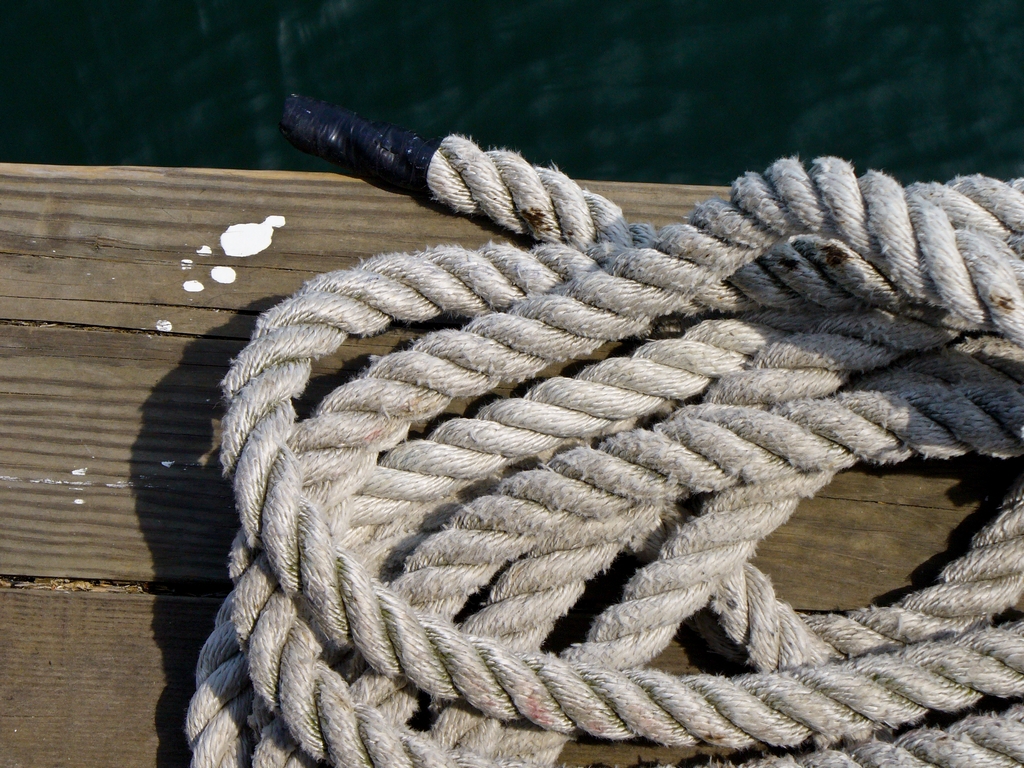 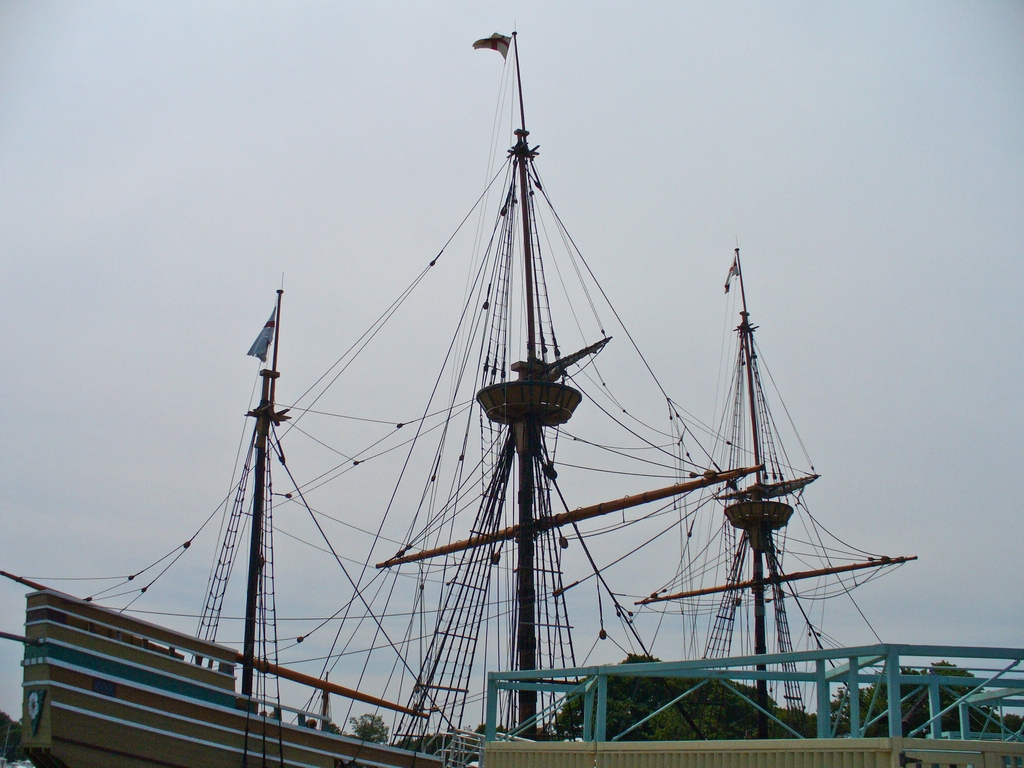 Moving on to Page 2