Every fall, we like to do our scuba diving trip. We had, as you might know, some difficulty in making the flight arrangements, because of airline changes. So we booked on Continental an afternoon flight from Boston to Houston, and had a 'red eye' flight from Houston to Bonaire.

We arrived at the airport in plenty of time. At check-in we were told that our flight was delayed an hour and a half, from 4:55 to 6:15. This would still get us to Houston in plenty of time for our 11:40 PM flight. We wandered around the relatively new terminal A at Logan Airport for a bit. We then saw that the flight was delayed more. I went out & spoke to one of the agents, who said we would still be arriving before the Bonaire flight, and although it would be a very short interval the gates were near each other in Houston. He also told us about 'plan B', which would put us on Delta the following morning from Houston to Atlanta, and then from Atlanta to Bonaire.

Supper at Fuddruckers, which has a veggie burger. It was after this that the flight was delayed even later. So back to the desk. No chance of making the connection in Houston. And no flights available direct from Boston to Atlanta to make the Delta to Bonaire flight.

It is an important piece of information to know that those are basically the only two flights to Bonaire: Continental from Houston at 11:30 PM on Fridays, or Delta from Atlanta at 9:50 AM on Saturdays.

There was a 'later' flight from Boston to Houston that was leaving on-time and would make it to Houston in time to do our connection. We hadn't booked that originally, wanting to leave us extra time for the connection. Hah! Well, Continental put us stand-by on that flight, but it was overbooked and we didn't get on. We debated at this point if we just call it quits but we figured, a morning flight with Delta, shouldn't be any weather delays to worry about, no problem.

So we waited, took our original '4:55 PM' flight which left after 9 PM. On the way, they played the movie Up. This was probably the highlight of the trip. It was a good movie. We arrived in Houston at around 1:15 AM. Our flight with Delta was at 5:45. We asked about our luggage, and they said we should go to the luggage desk and verify. So we hung around in the lovely airport chairs for a couple of hours (luckily I had packed our small camping pillows for we were able to be a little more comfortable than otherwise) and went out of security to the baggage claim at 3:15 AM. The fellow there said that our luggage would follow us based on the computer scan. (All the luggage is barcoded now days.) We took the terminal shuttle train over to Delta, but had to wait for them to open supposedly at 4:15 but they were late). Well, it turns out our 'sure thing' flight had mechanical problems with the plane. A 3 hour delay for our 40 minute layover. Not happening. So back to Continental.

Our last option was to fly to Aruba and then take a flight over to Bonaire. However, the flights to Aruba were overbooked. So they made us reservations on the 1 PM flight back to Boston (it was at most 5 AM at this point), and put us standby on the 8 AM flight. Overbooked. We didn't get on. We asked the fellow there about our luggage, and he assured us it would have been on this flight and would be waiting for us. Before this, of course, we had some bad airport food breakfast. (Ok, bad is an overstatement. Mediocre is a better description.)

Wander around. Show up at the 11:15 flight's desk when it boards. Overbooked BUT a couple of no-shows. We are on! Not sitting together, but on. We are waiting on the ramp to load and the desk agent comes down and said she had just read our flight itenerary in the computer, and was that real what we had been through? Yes it was. She went back up to the desk, and a few minutes later, as we were getting on the plane, moved us to 1st class. We still weren't sitting together, but we were much more comfortable. They served us cream of brocoli soup, a salad, a roll, a brownie, and a freshly baked (cooked on the plane) cookie. I commented that this was the best meal we had eaten since leaving home. The passenger next to Paul said to that "Oh, you really HAVE had a tough time."

We are calling this our boomerang trip. Or as someone else called it, a flightmare.

A trip report wouldn't be complete without some pictures. So here are pictures of our vacation. 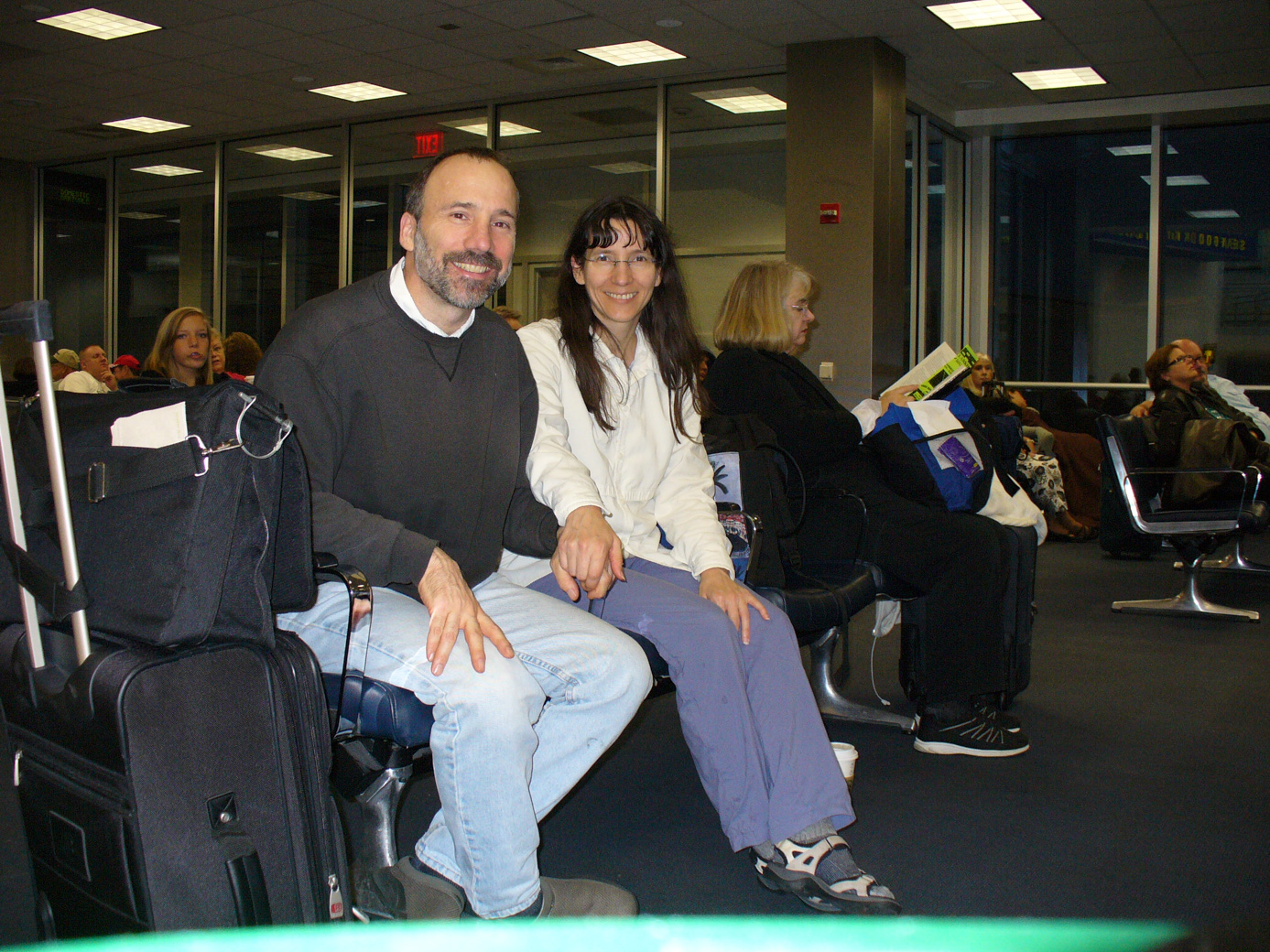 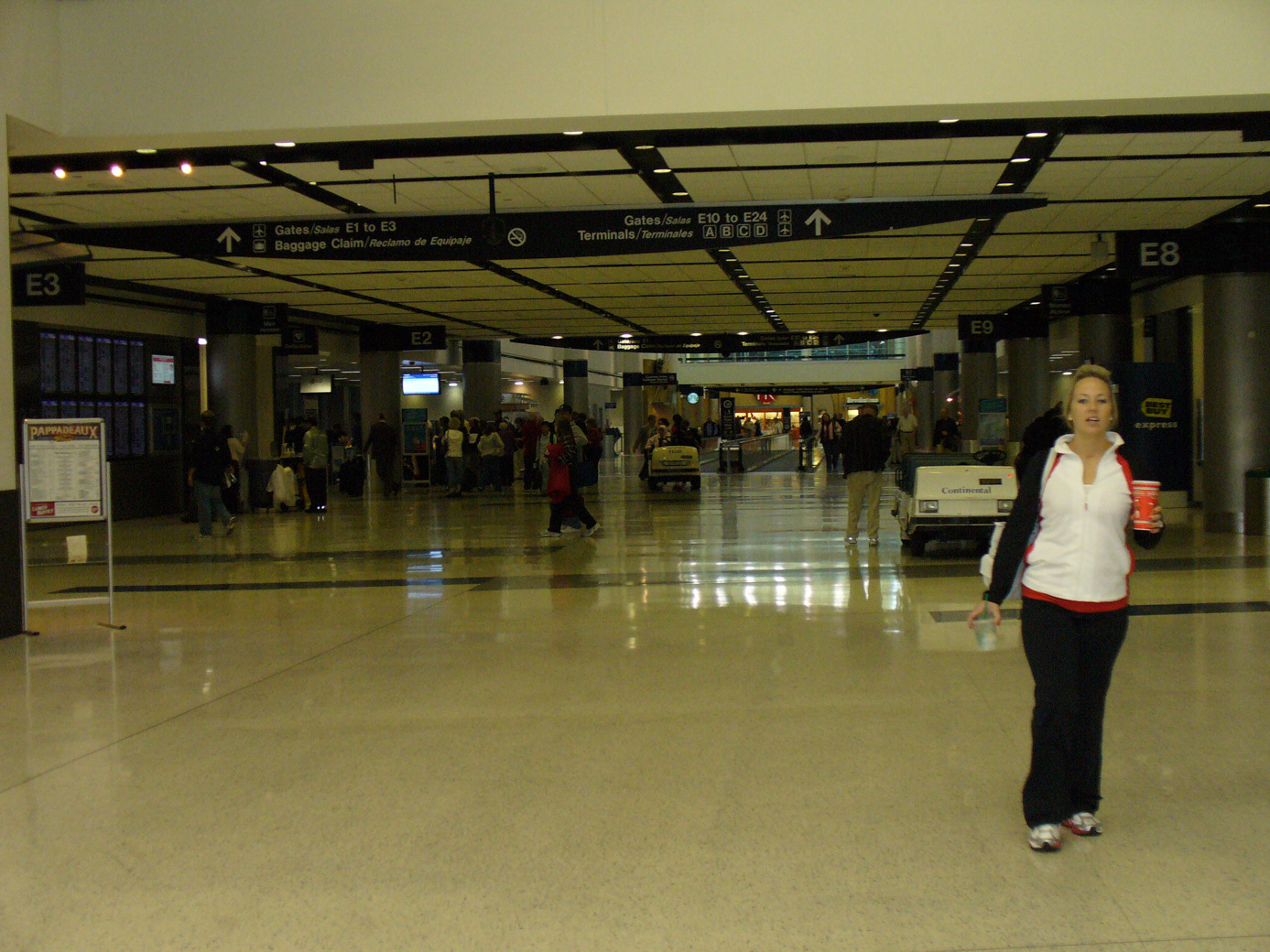 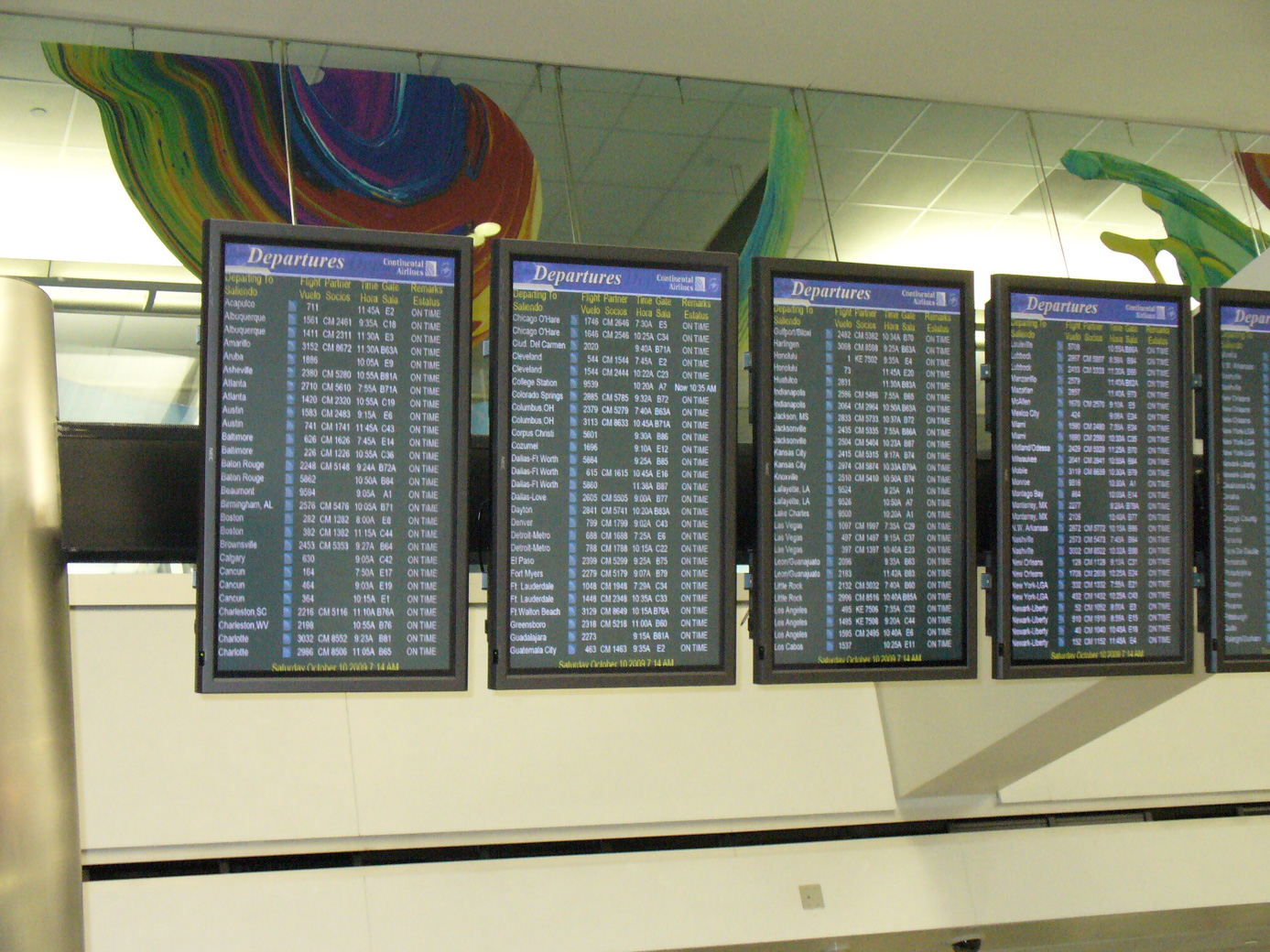