We had DiotaleviDay, at Fort Wetherhill in RI, on August 8th. It was a record turn-out

Paul and I arrived first and staked out a spot that had some shade. A stray fellow visited us for a bit. His owner was having a hard time getting the dog to cooperate. 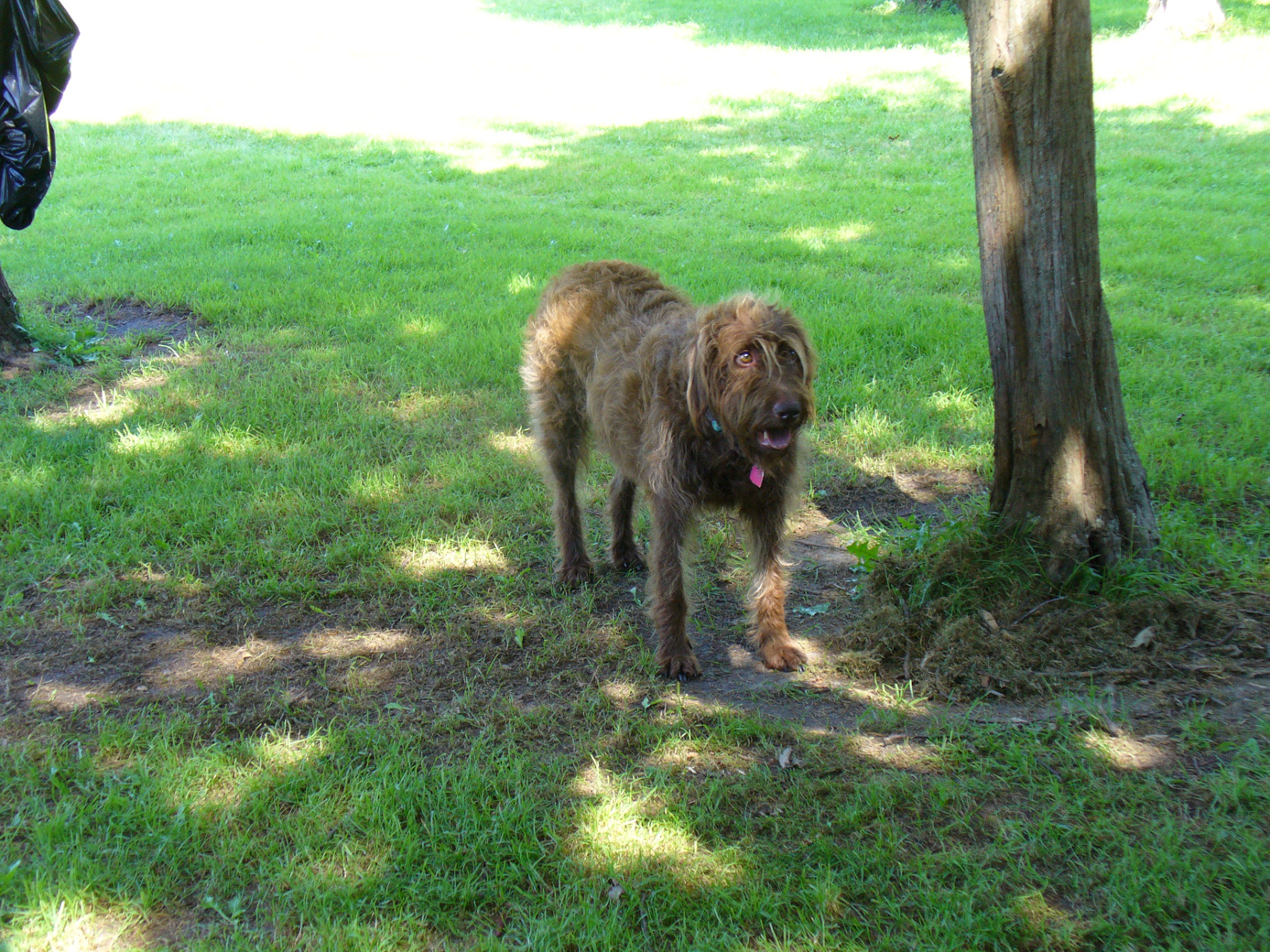 Everyone else joined us fairly soon. I'll post the 2 group pictures next, although they were taken a bit later, so you can see everyone who joined us. I'm posting the 2nd because Fallyn & Nara were obviously asking for trouble! 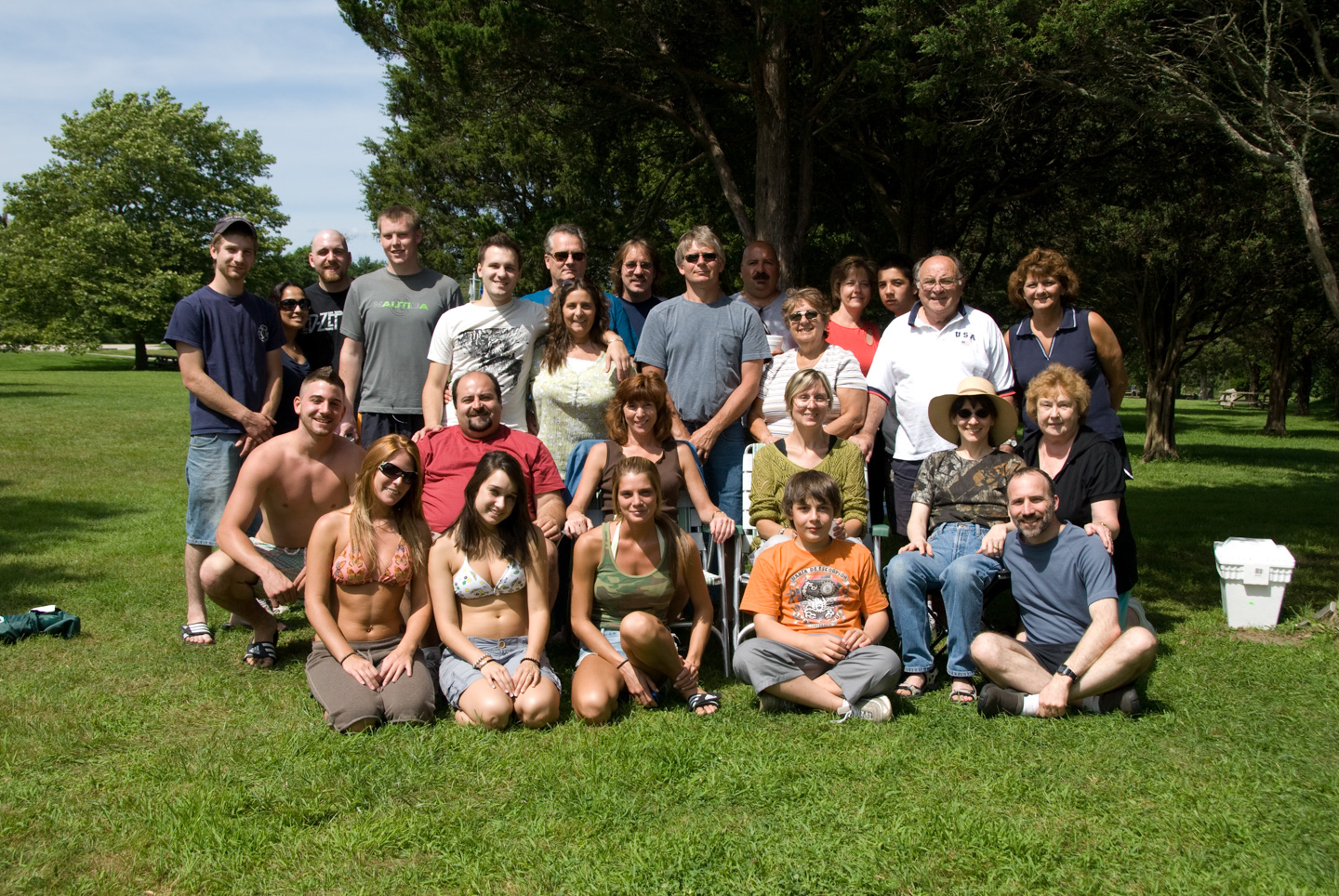 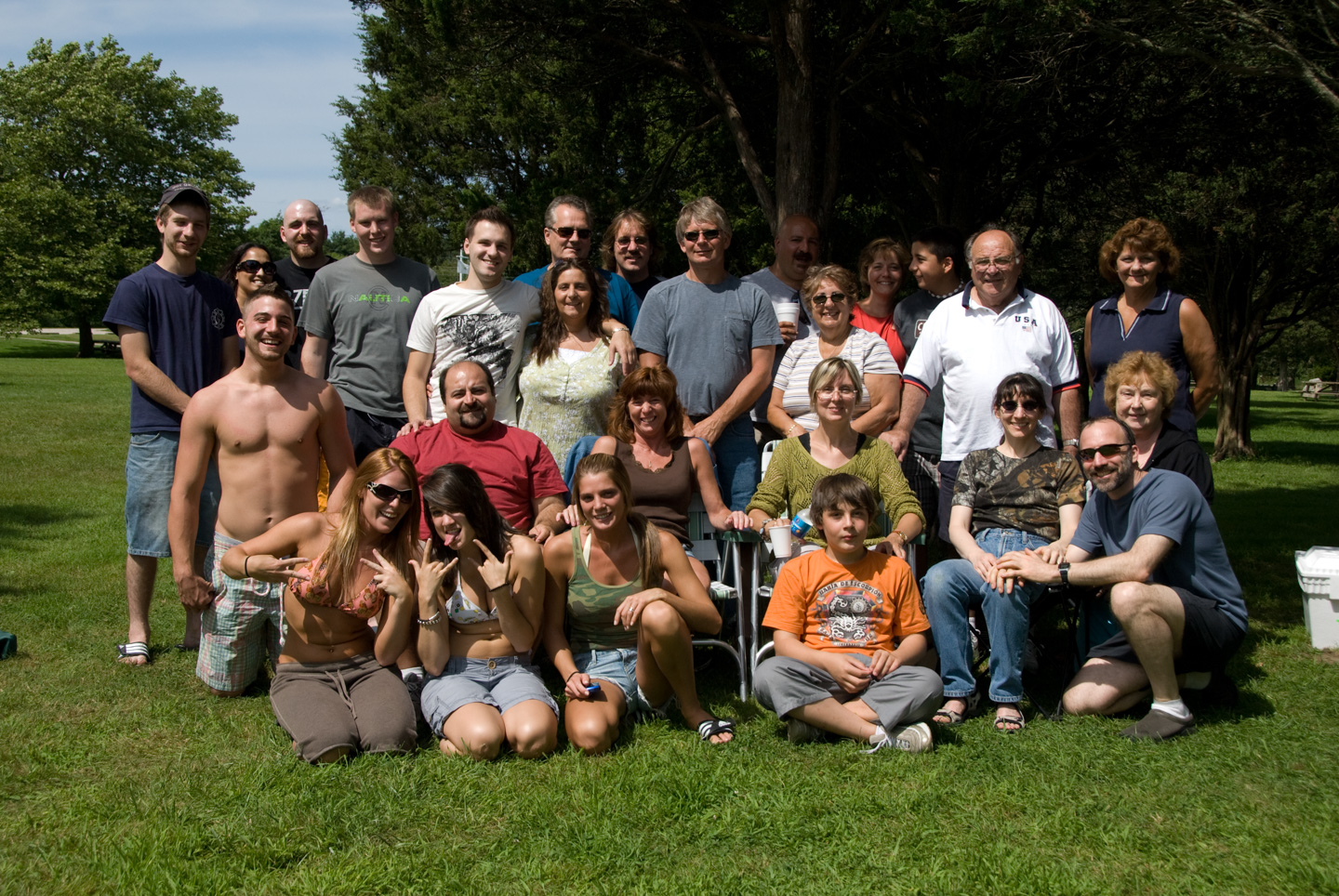 As I said, everyone started arriving not too much after we did. Here are Laura and Emil enjoying the sunshine. 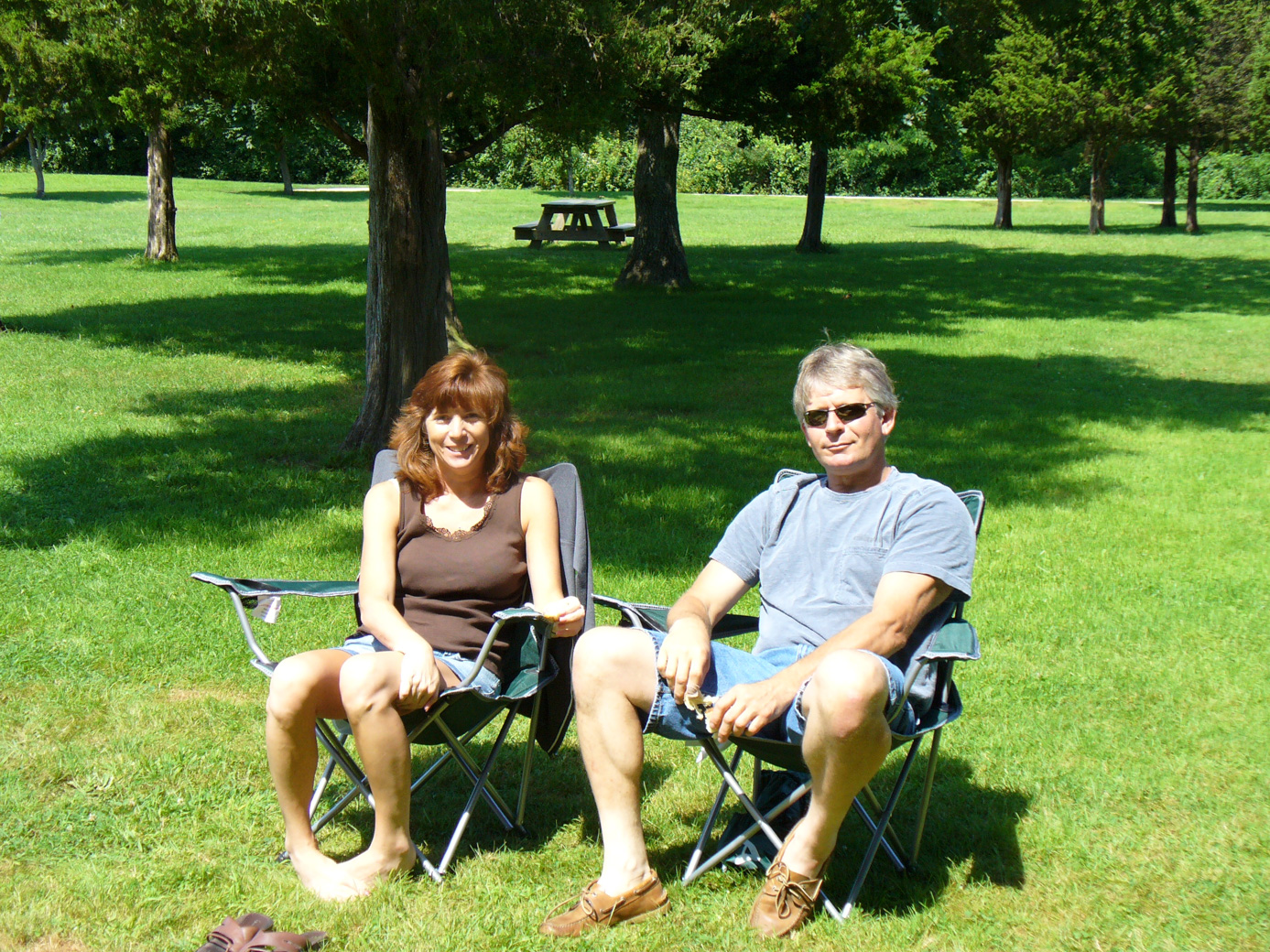 Giovana and her son Nicola were visiting from Italy. Giovana had planned to come anyway, and adjusted the timing of her visit so that she could join us at the gathering. It was a treat having a couple of our relatives from Italy with us. Here you also see the trusty propane stove, used with Mom's percolating coffee maker and a tea kettle. (Pardon the smudges in some of the pictures; there was something on the camera lens.) 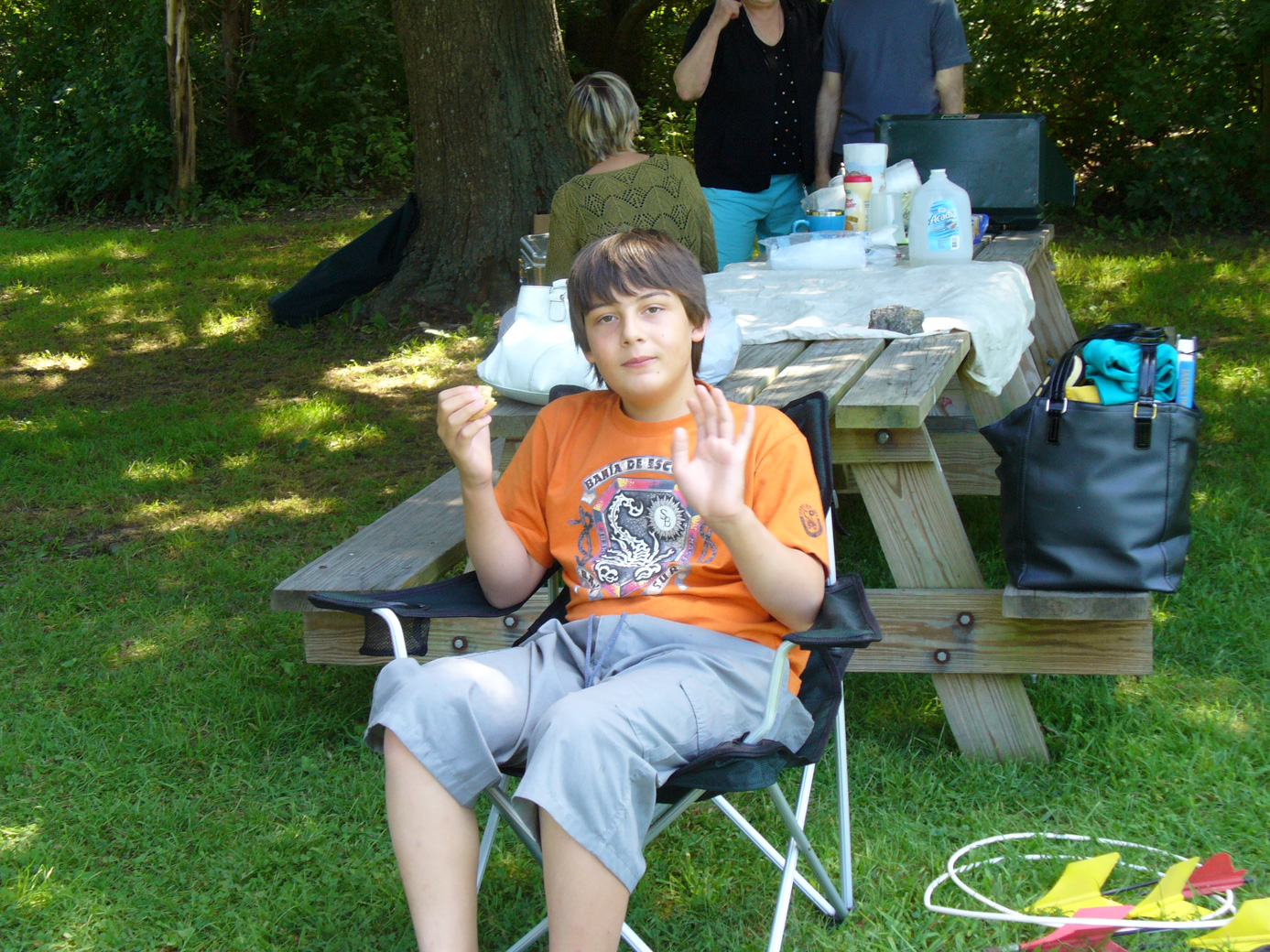 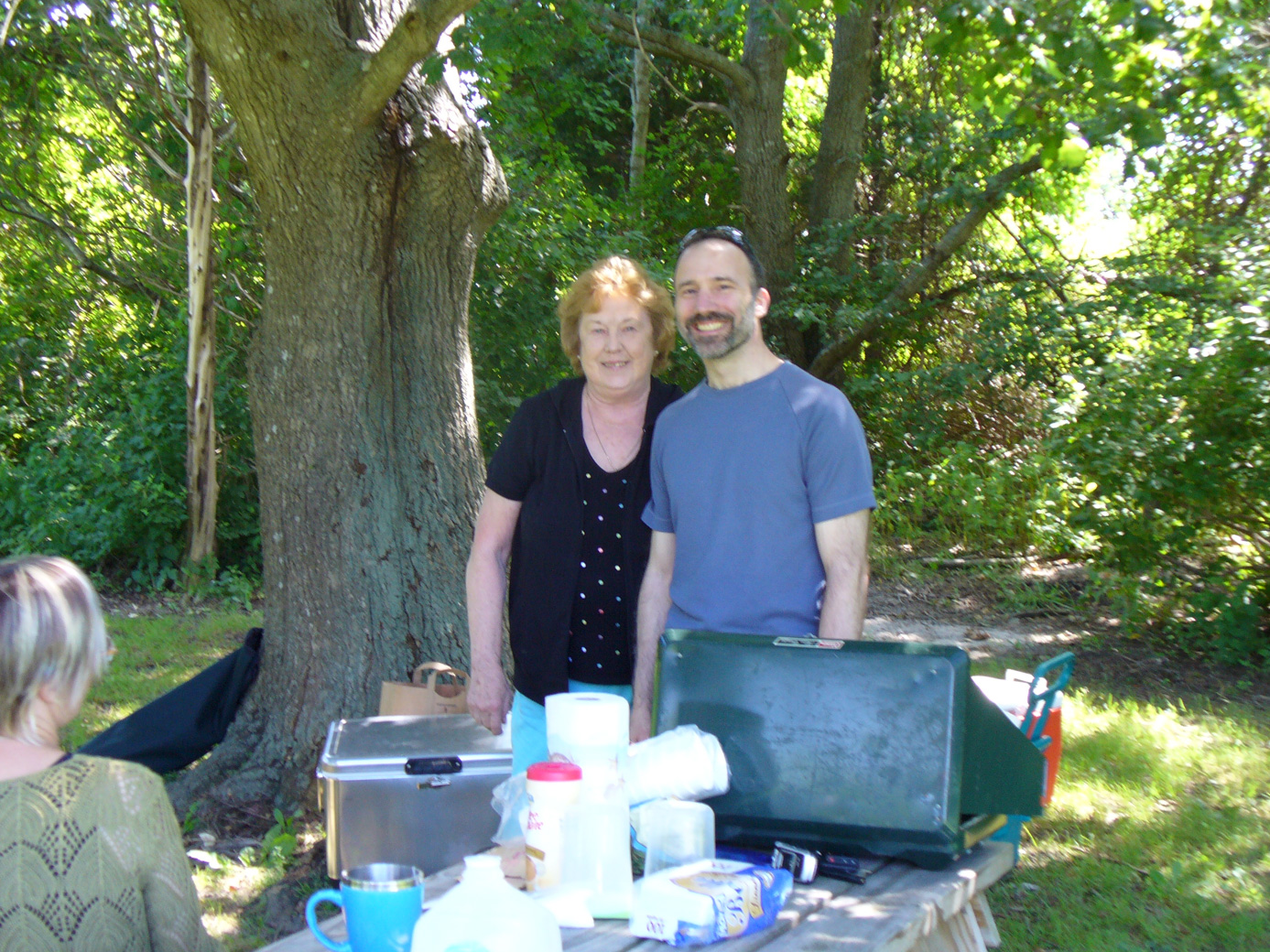 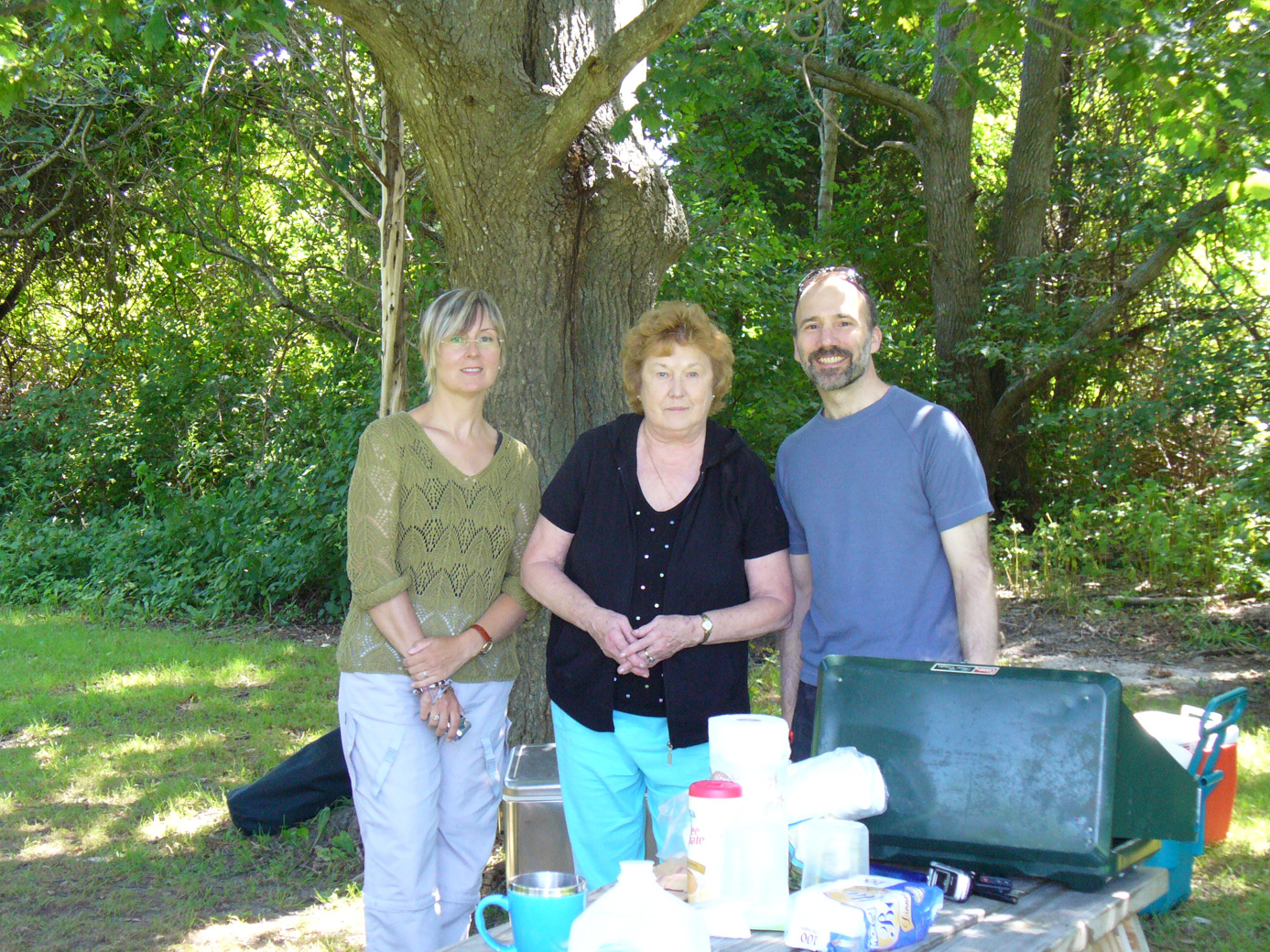 Some of us walked down to the water in the cove. It was a beautiful day. Laura didn't want to leave her tea behind, so she brought her mug with her. Nicola brought a bottle of water, but that seems a bit more portable than a ceramic mug. 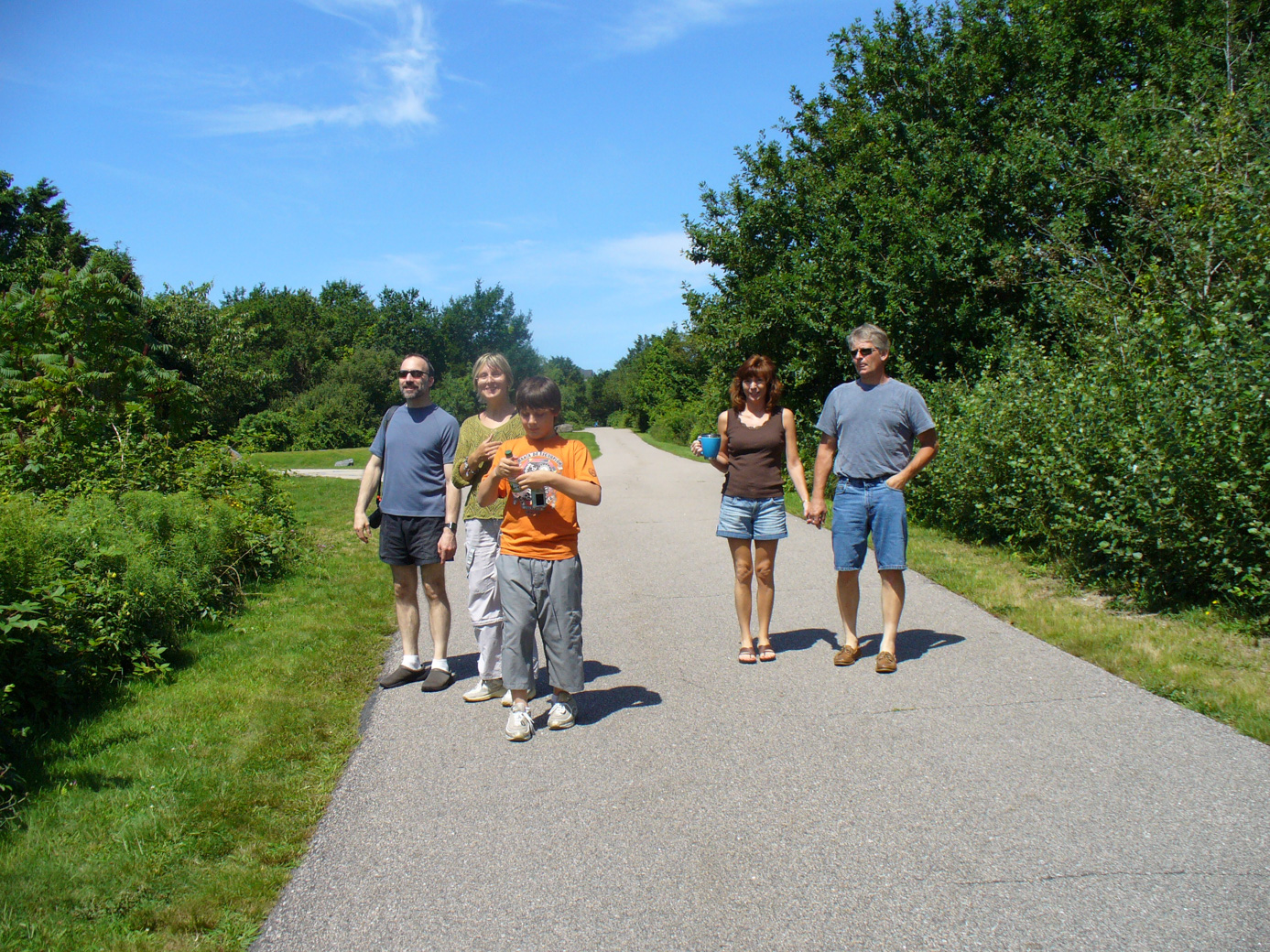 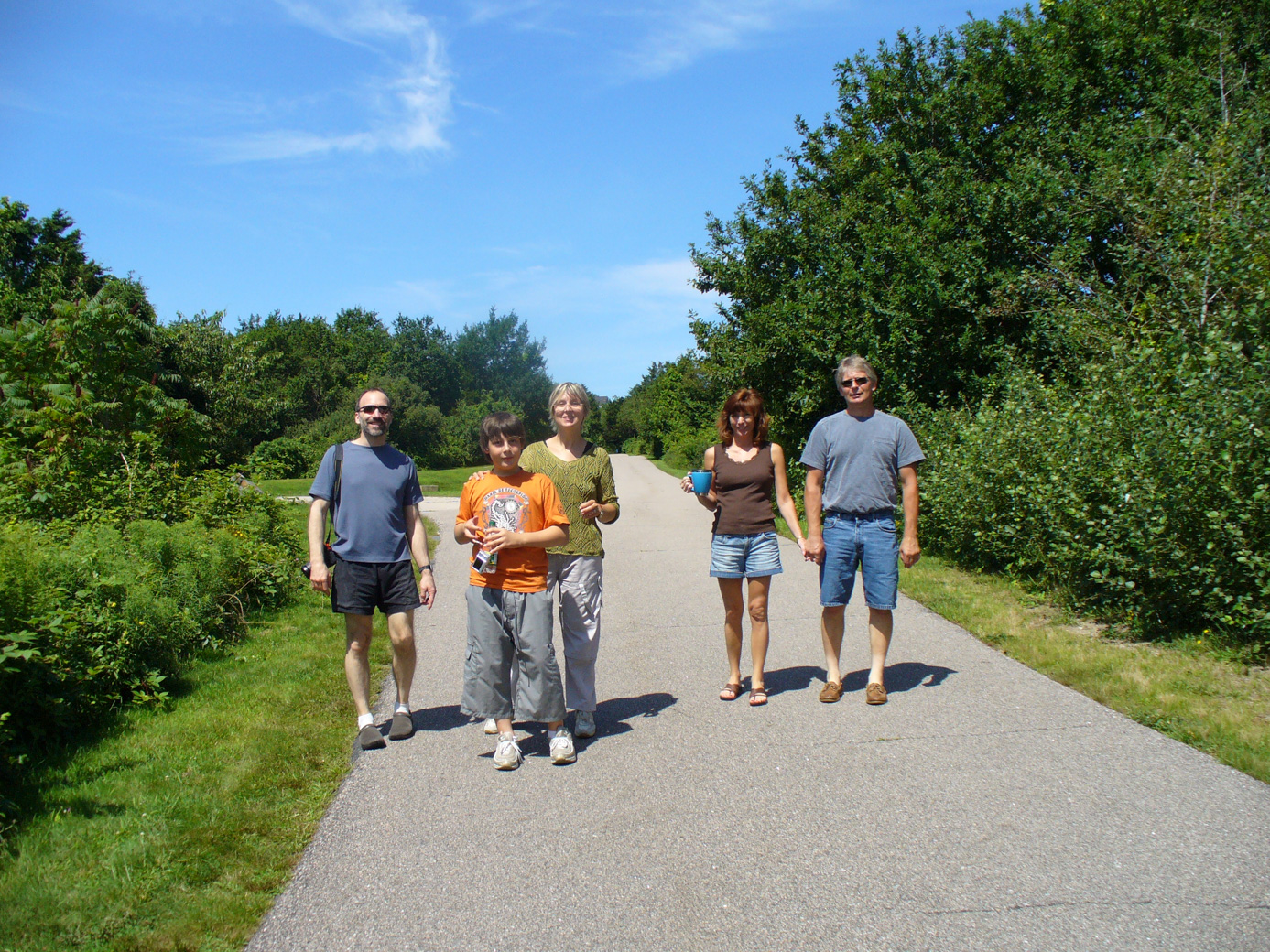 The coastline in the Pesaro area is not like the rocky and uneven New England coast. Our Italian guests enjoyed the contrast. 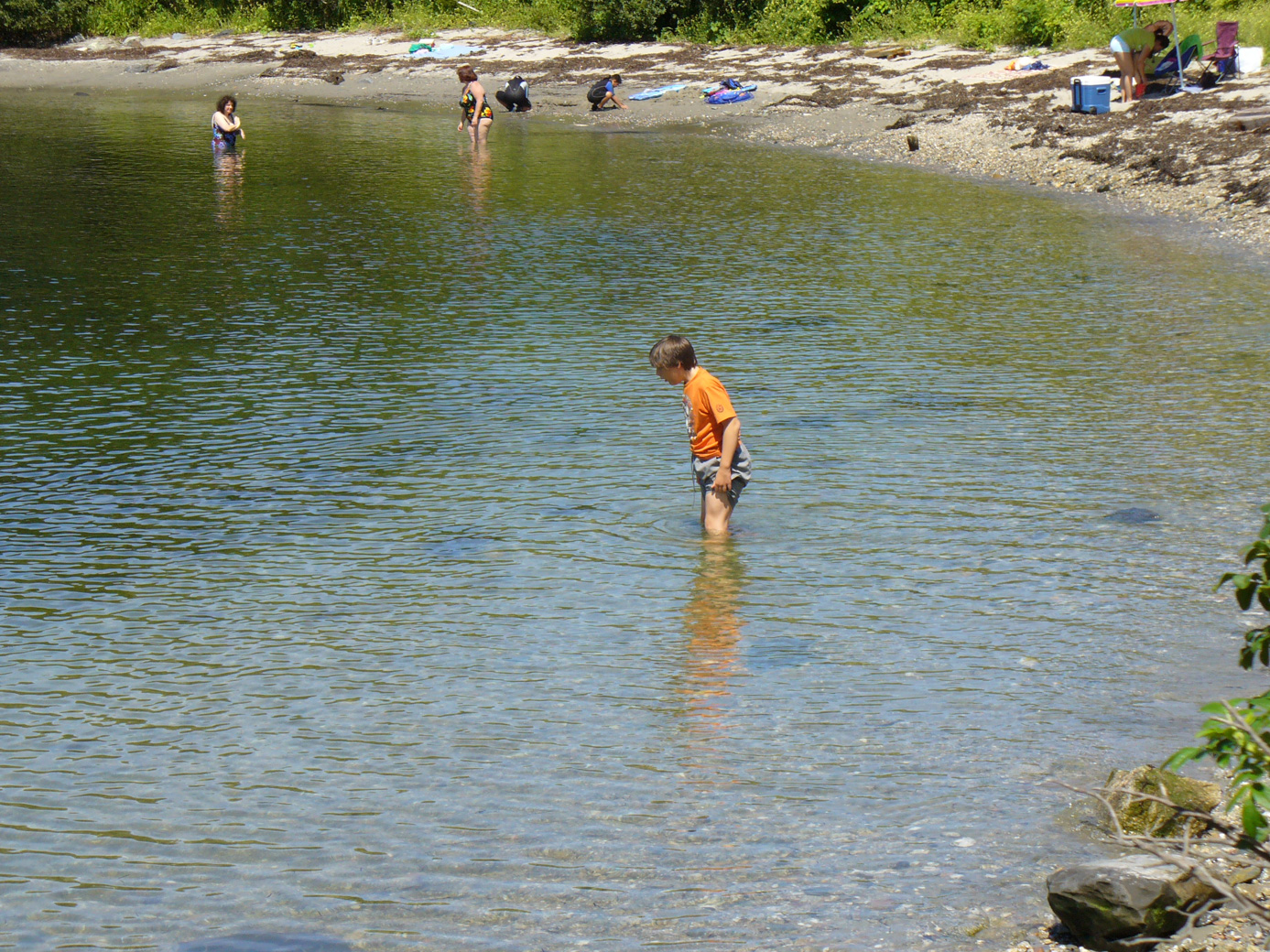 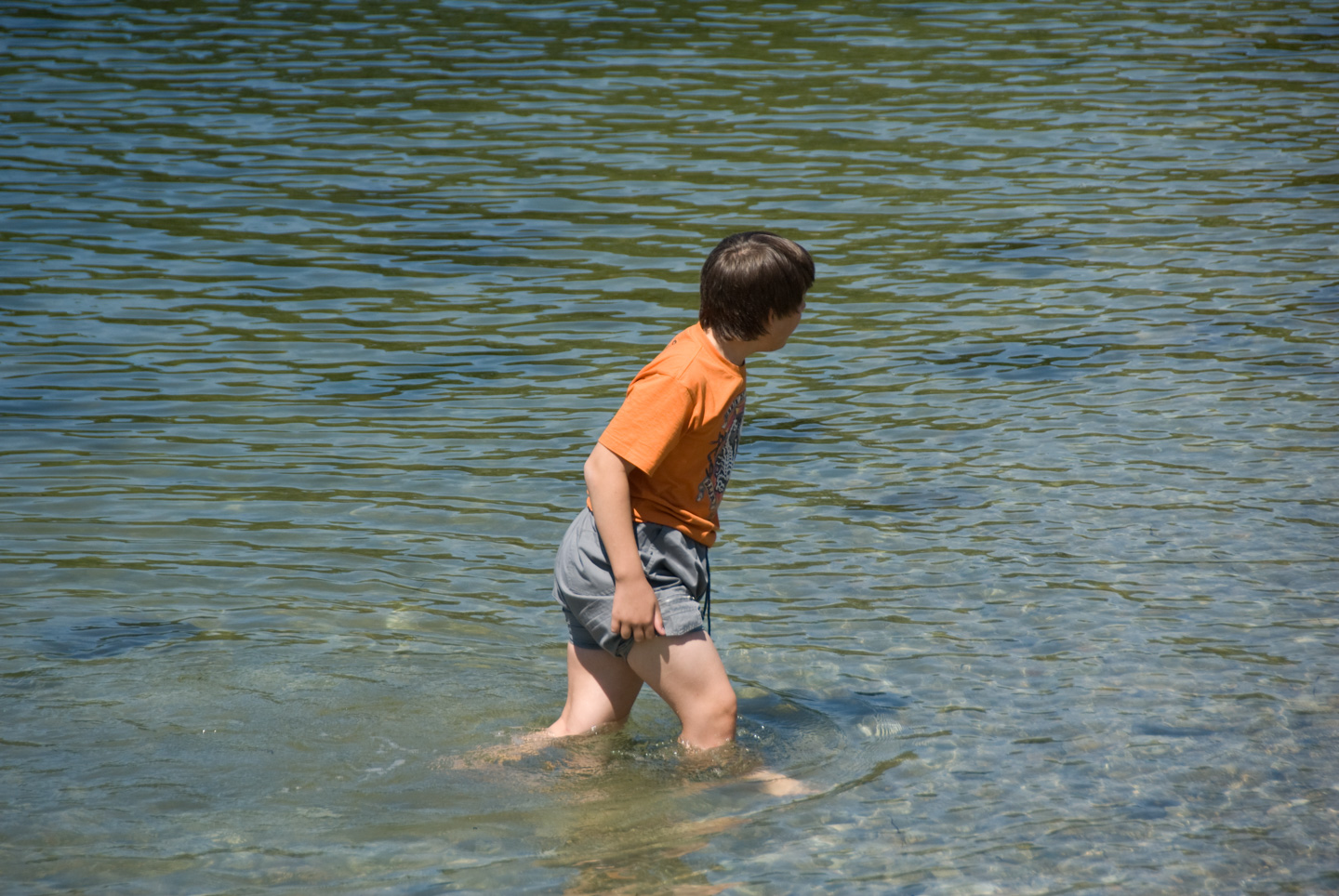 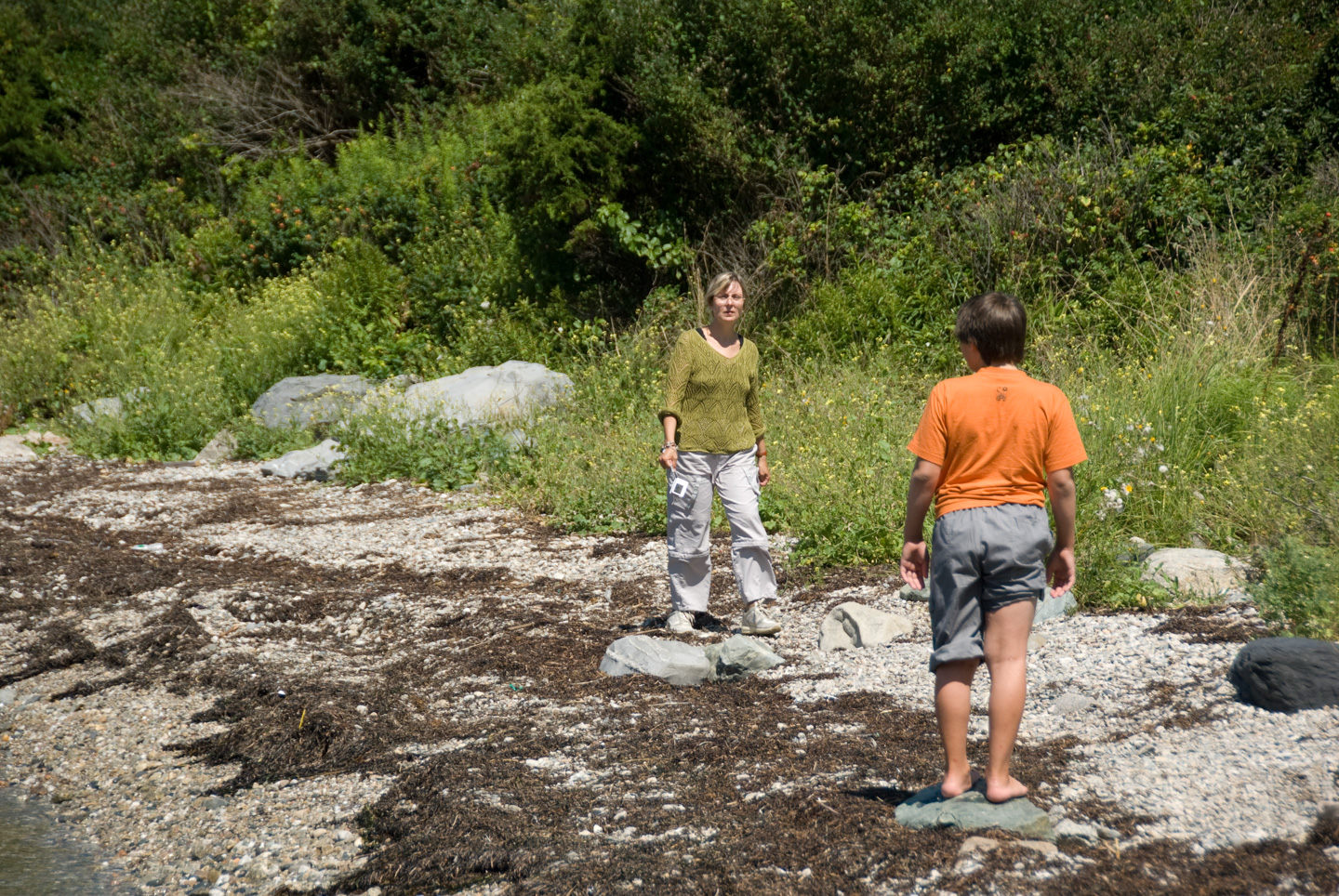 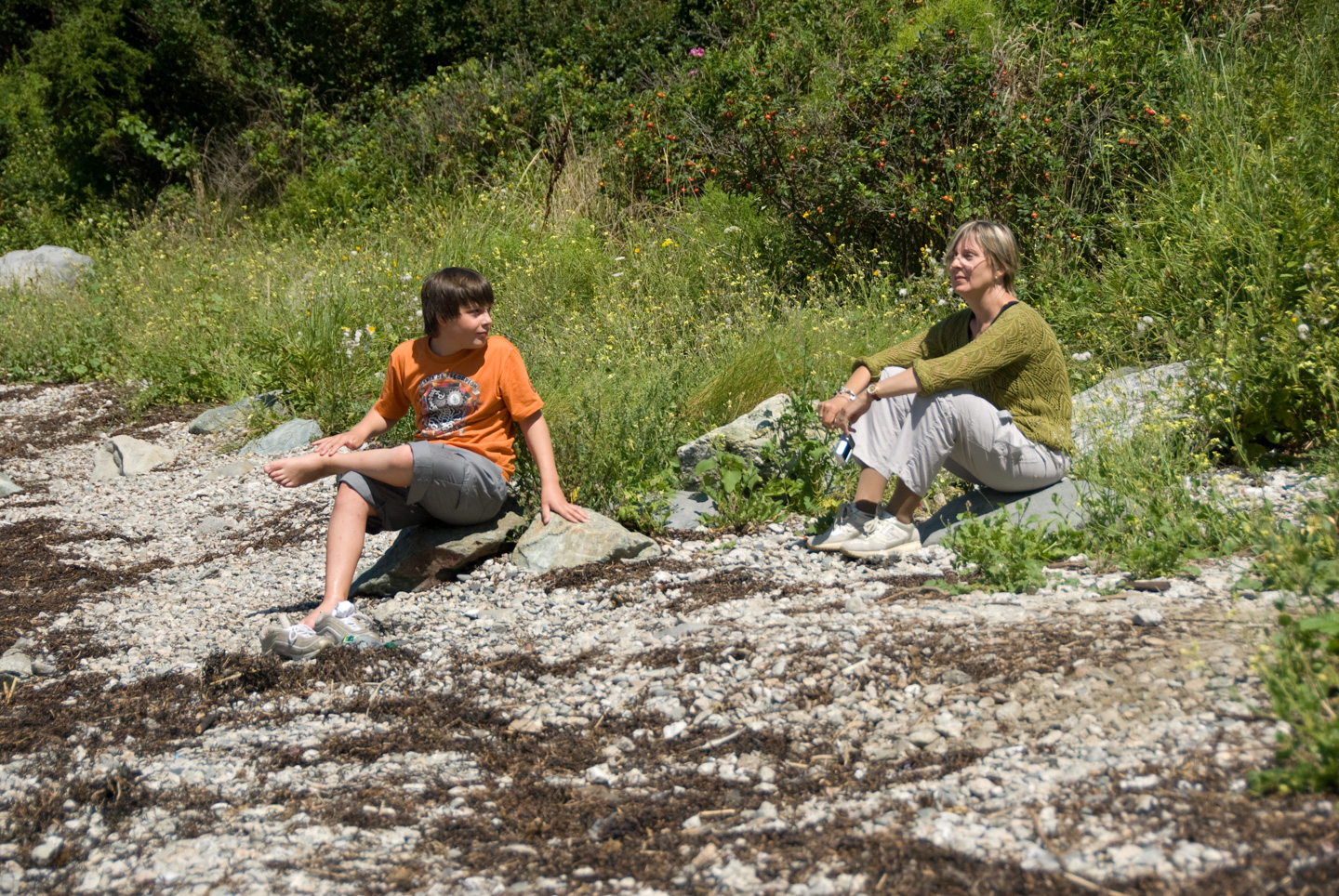 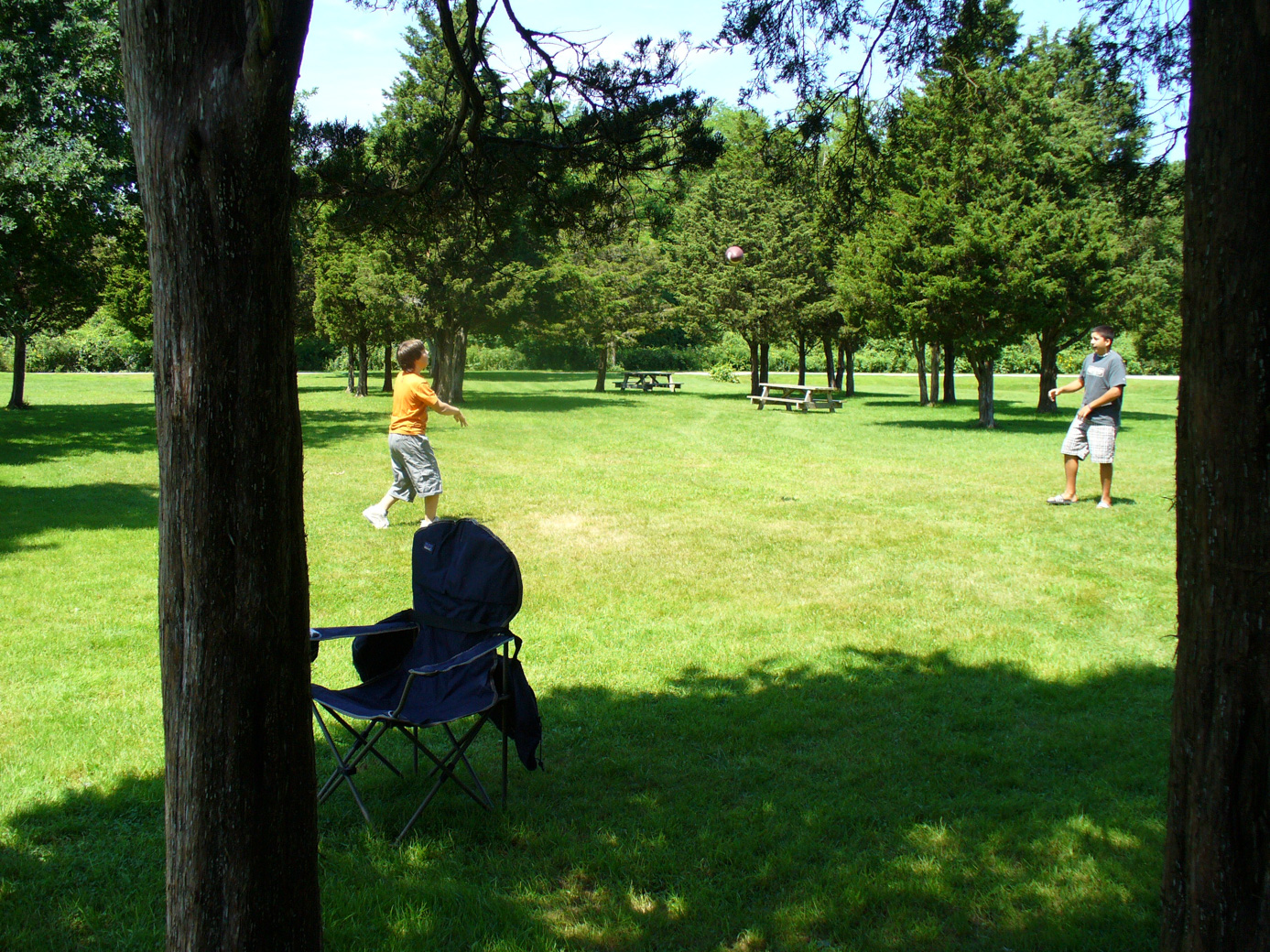 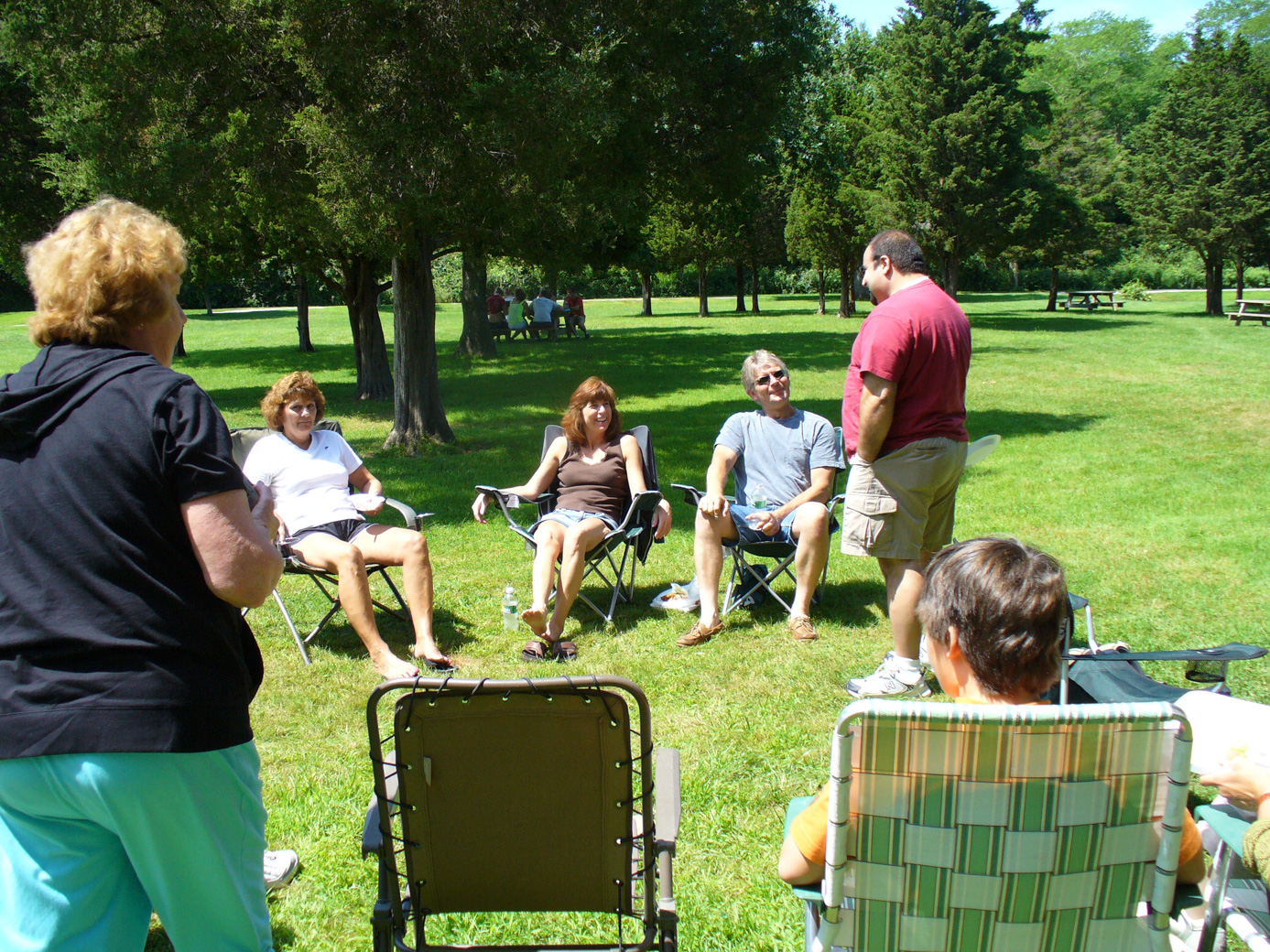 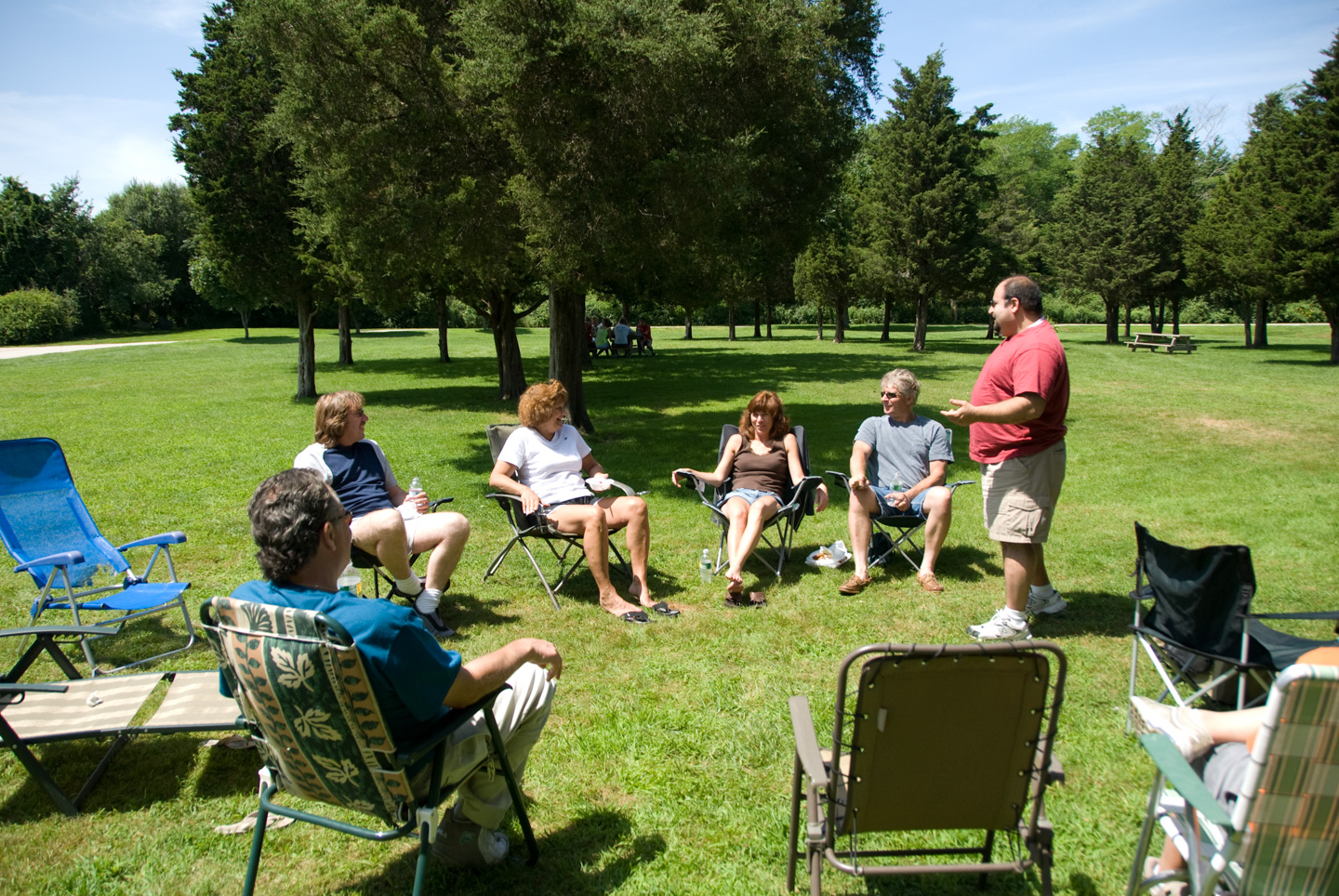 Both Uncle Gene and Ron had birthdays close to our gathering. So Aunt Gene had made a cake and brought candles. 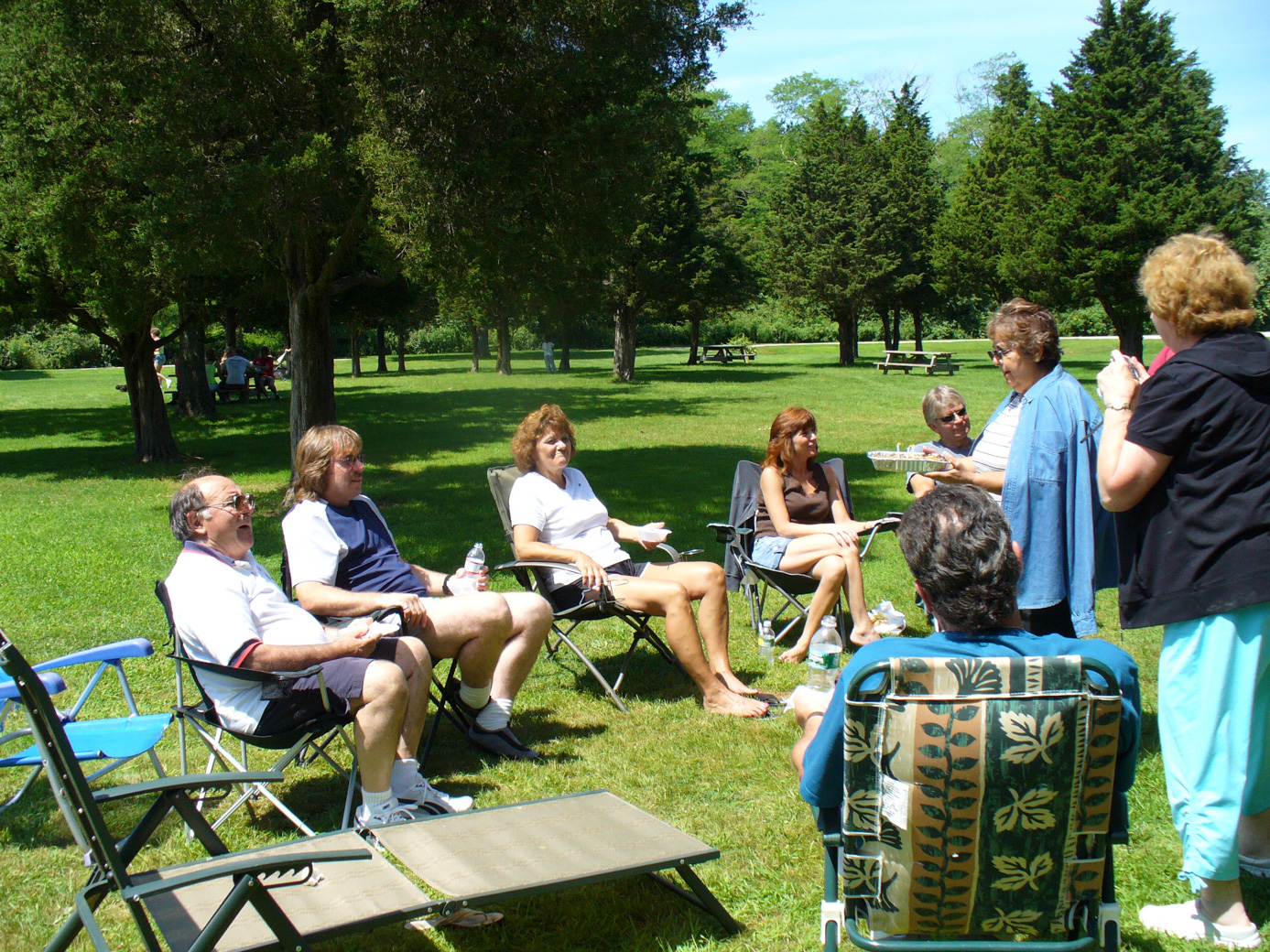 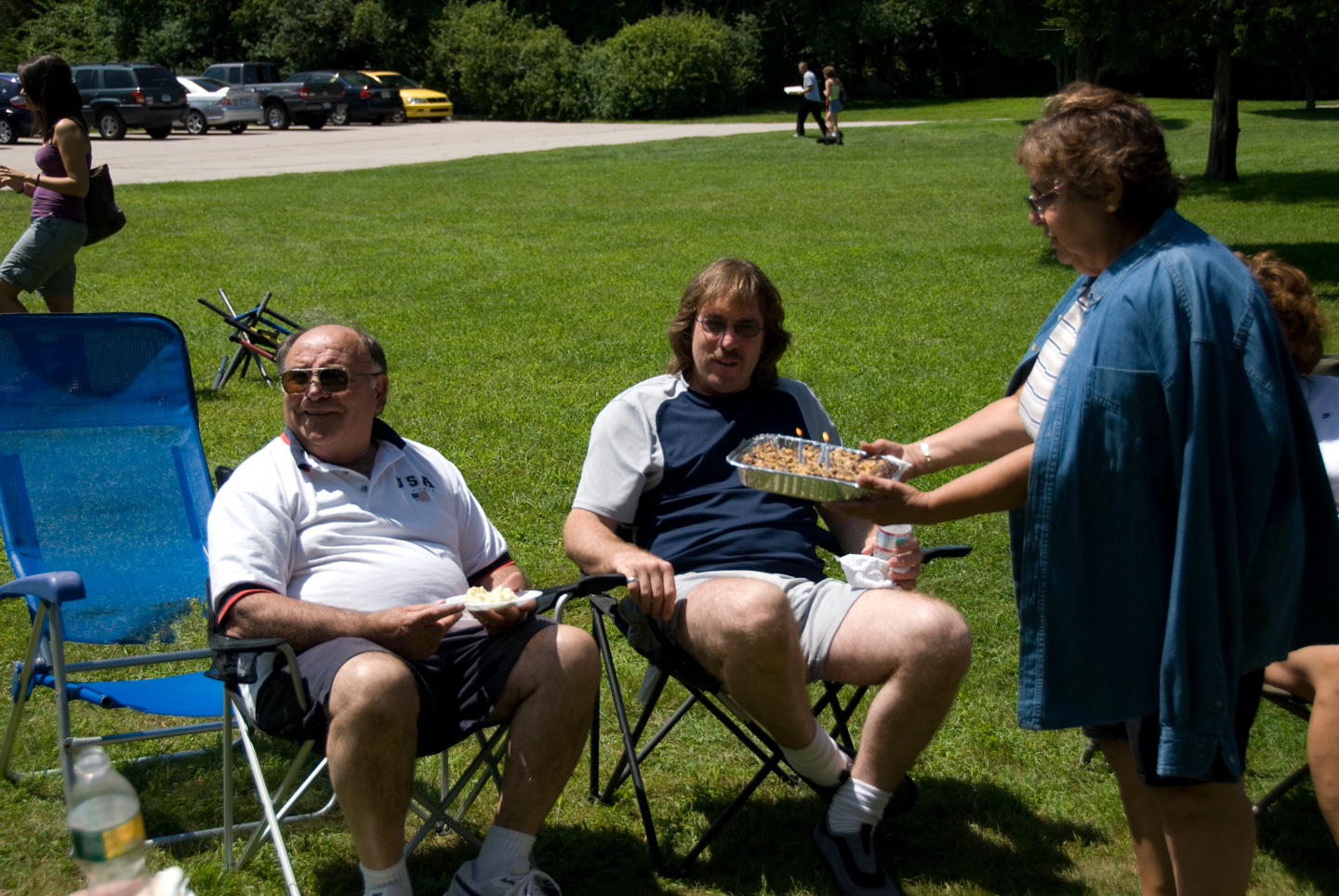 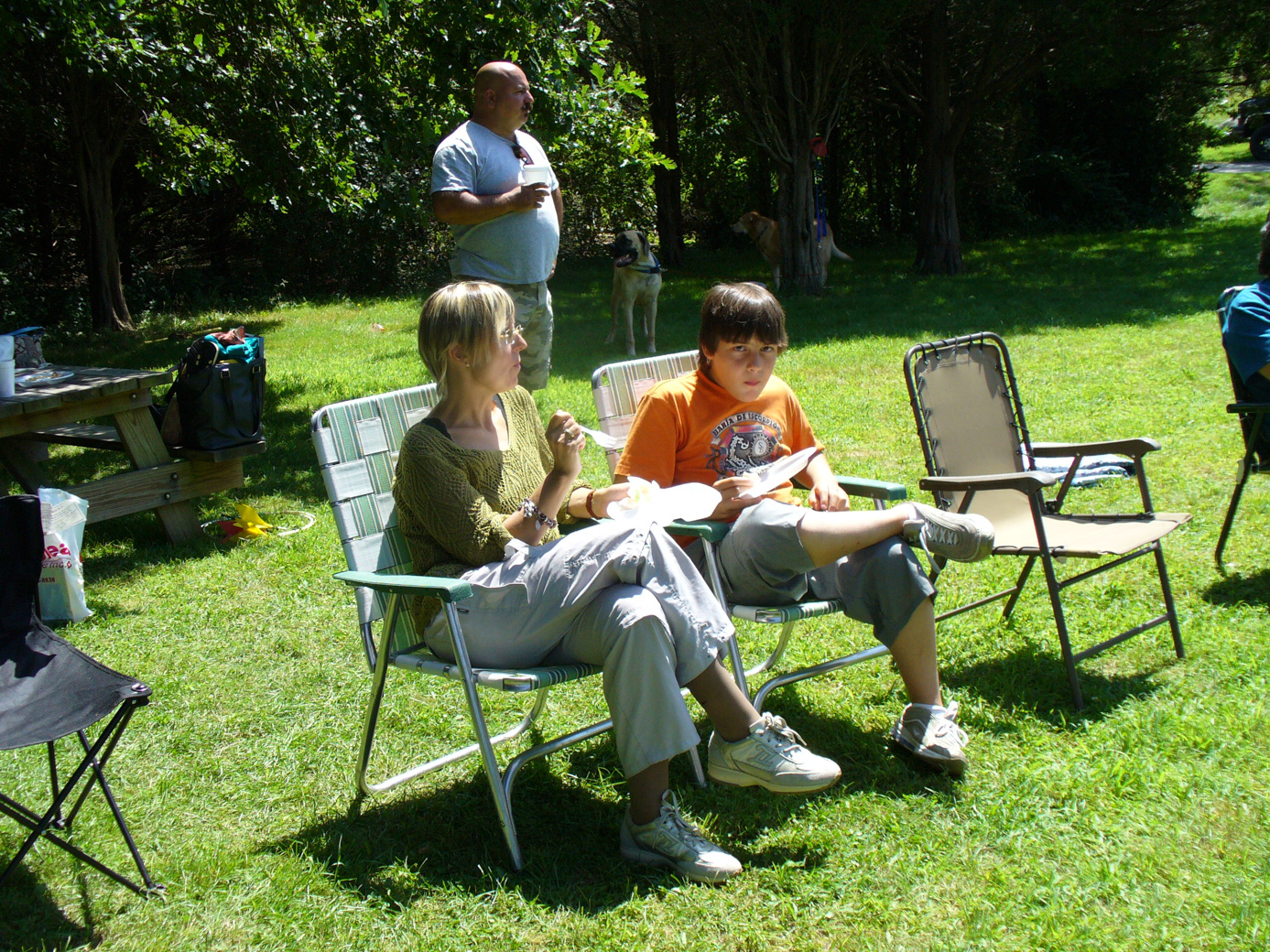 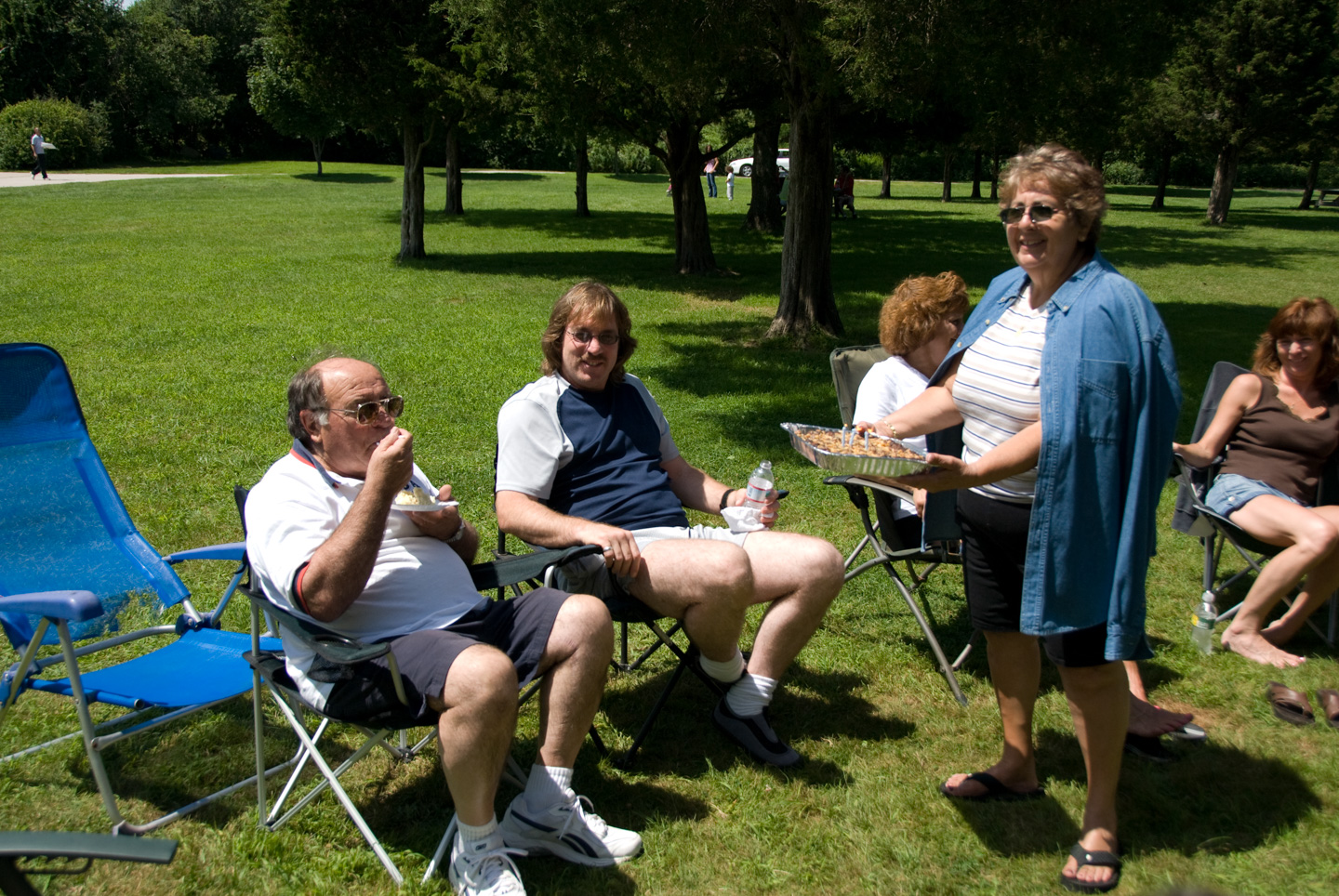 My fellow photographer. You can see a bit of the food behind him, and the next picture shows more of the spread. 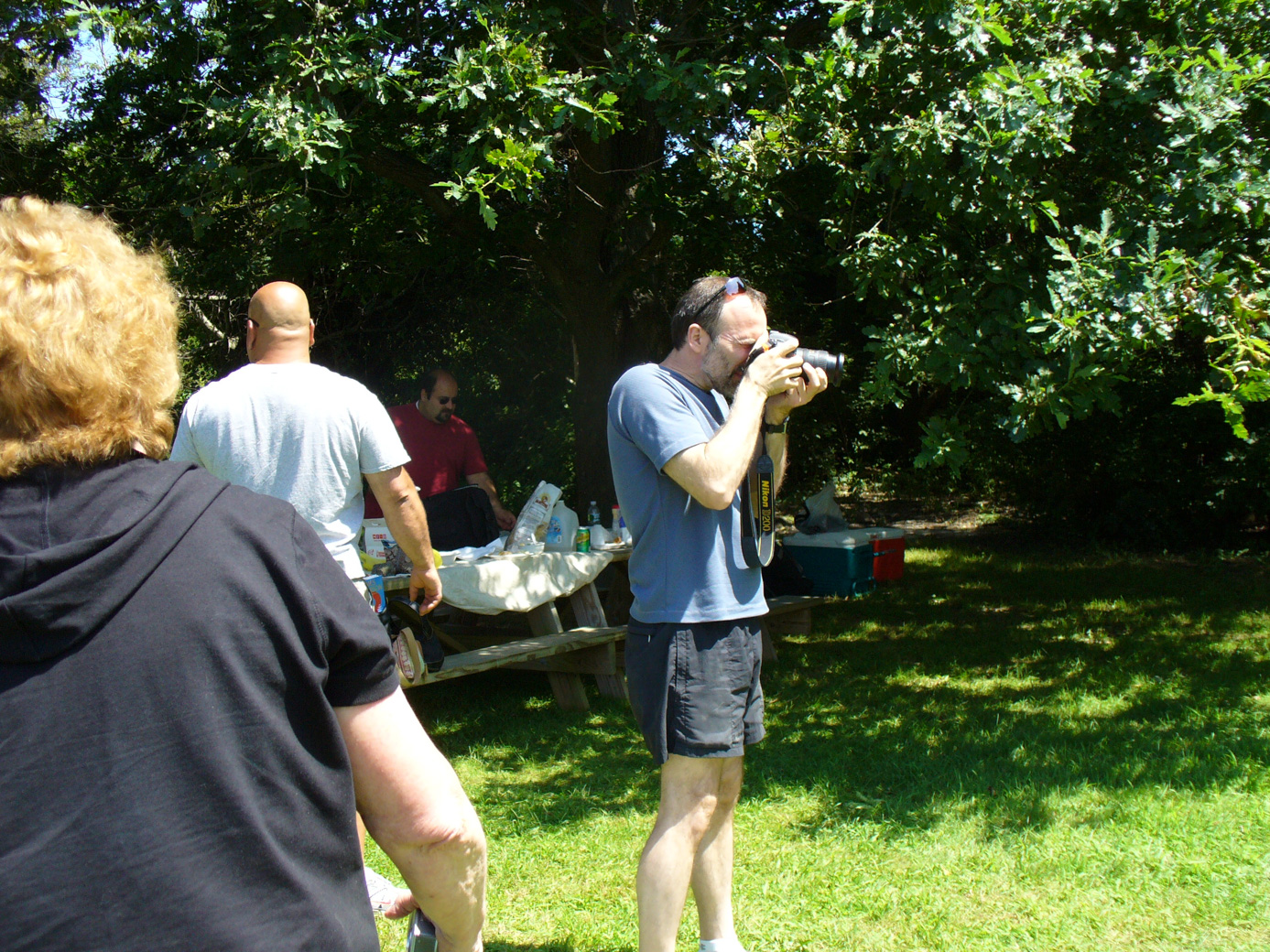 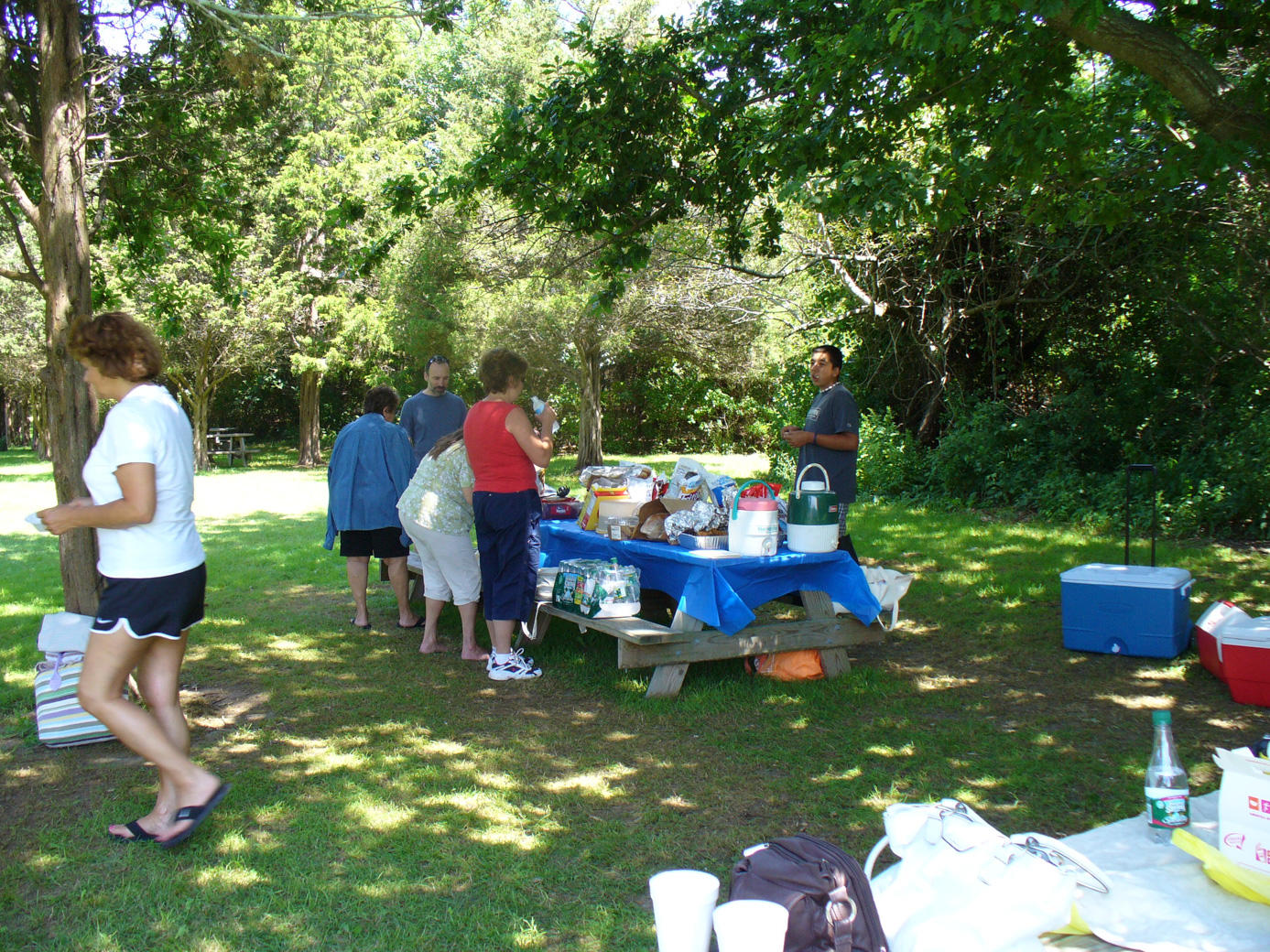 Both Tommy and Fallyn (or was it Laura?) brough Ladder Golf (generically called Ladder Toss. It is a fun game. Any one can play it, and it is easy for an audience than some games (such as Bocce) since it stays in one place. 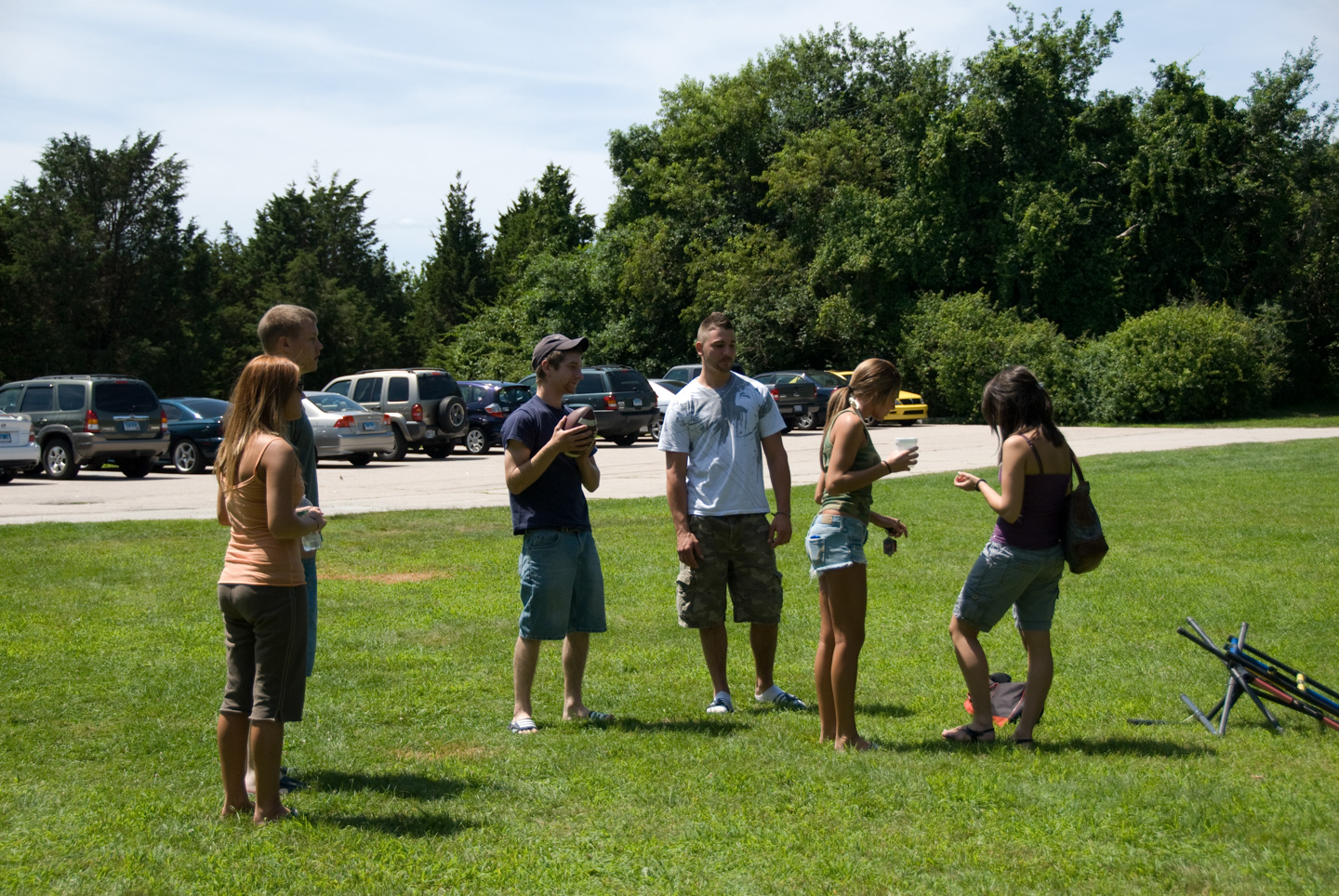 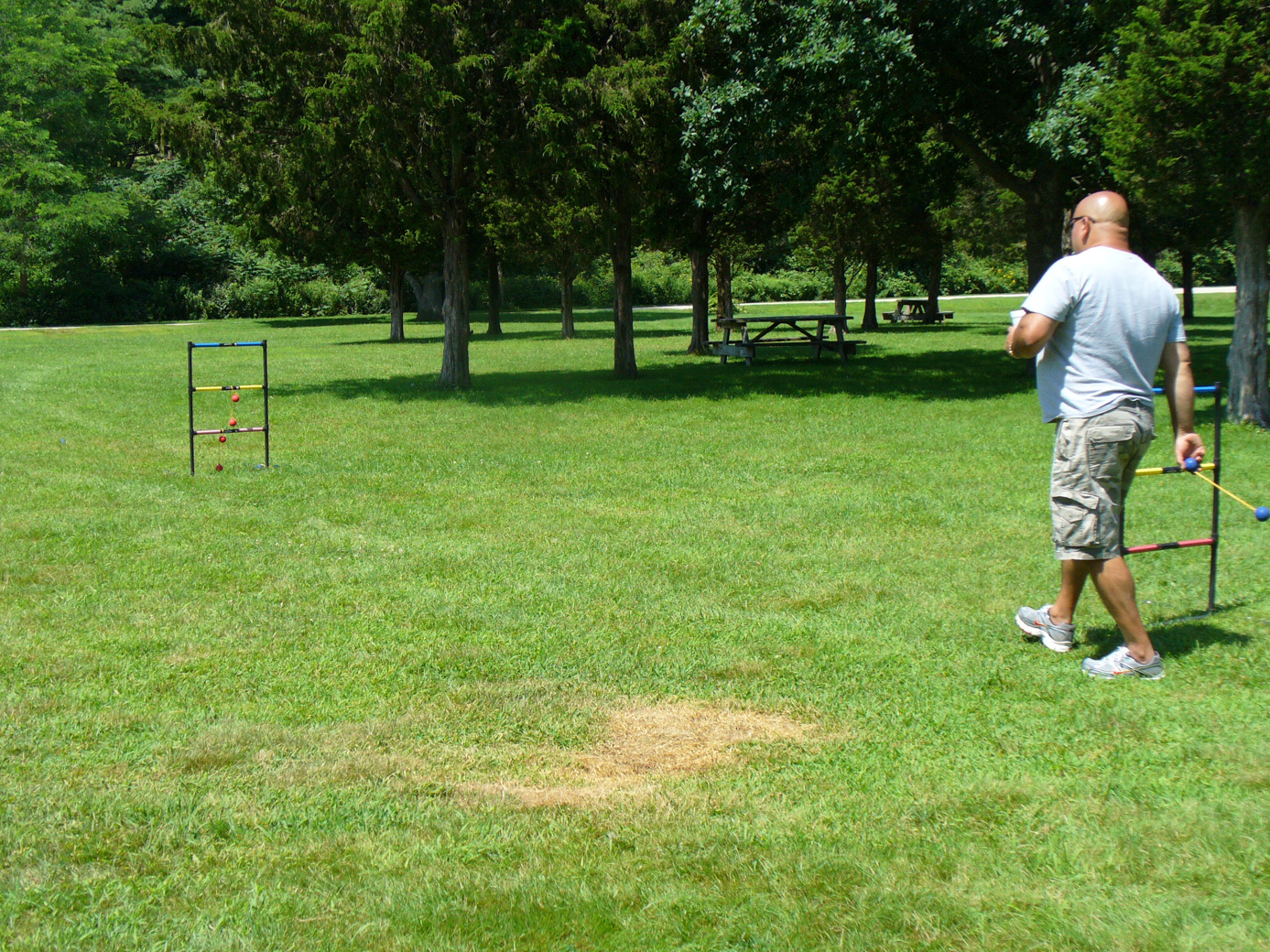 Ranger and Bear both came. The more experienced Ranger is relaxing in the shade. 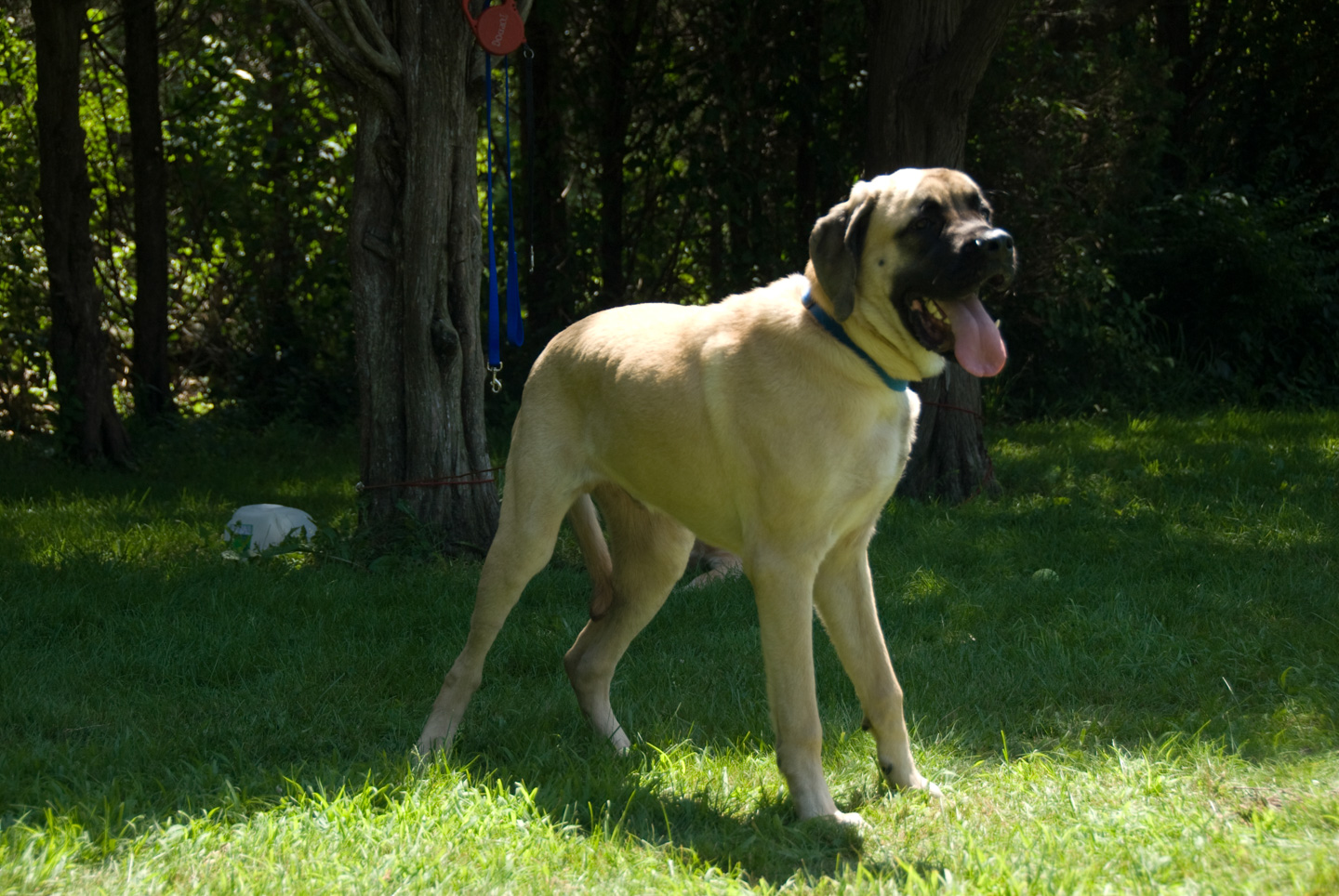 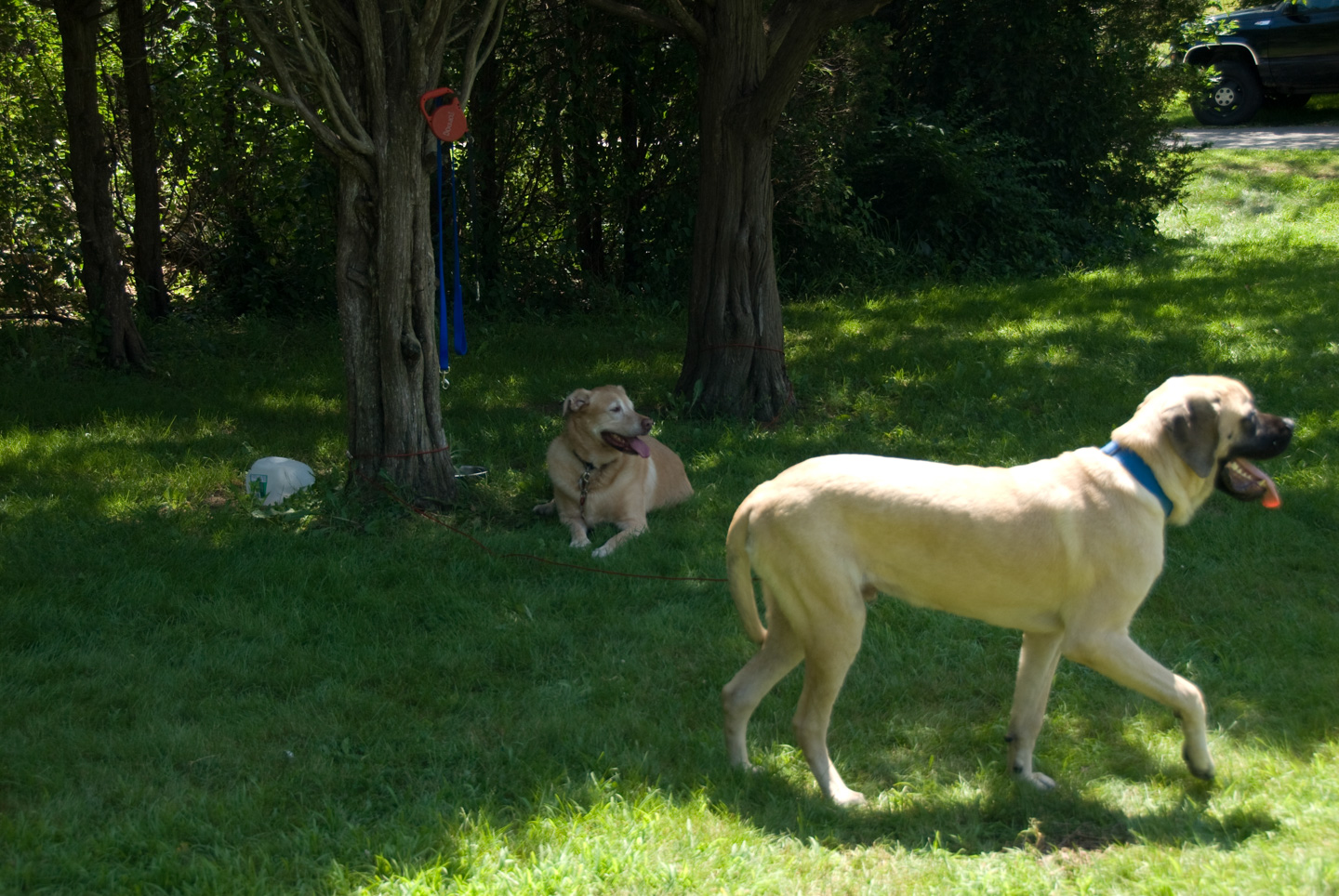