All Pages of This Report
Page 1
Pg2 Hummingbirds

We have a few updates for our site: College Roommates, and Hummingbirds.

One of my (Anne's) 3 roommates from college lives in Virginia, but was going to be in Maine at the same time that I was for Mom's follow-up appointment. So I stayed over and was able to meet Rachel and Missy. (The 4th roommate couldn't join us.) Rachel had her two children, Galen and Daisy, along for the ride. We met at the DeLorme store on the Yarmouth / Freeport border. They have a giant globe that they call 'Eartha'. It is huge. Unfortunately, the North Pole is at the top, so that part at eye level is the more water filled southern hemisphere. I was able to buy a couple of DeLorme's spectacular gazetteer map books while we were there. (DeLorme has since become part of Garmin.) 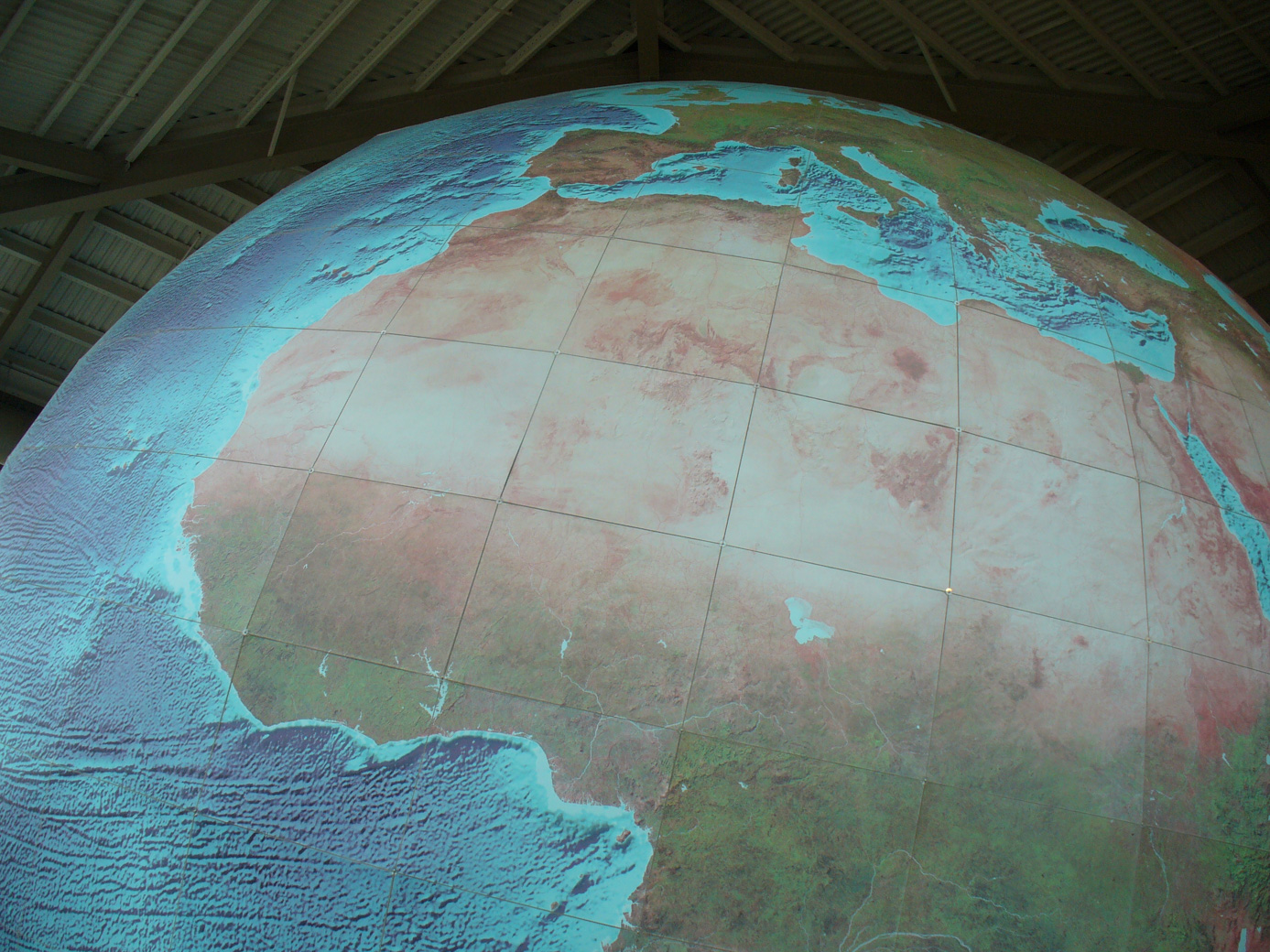 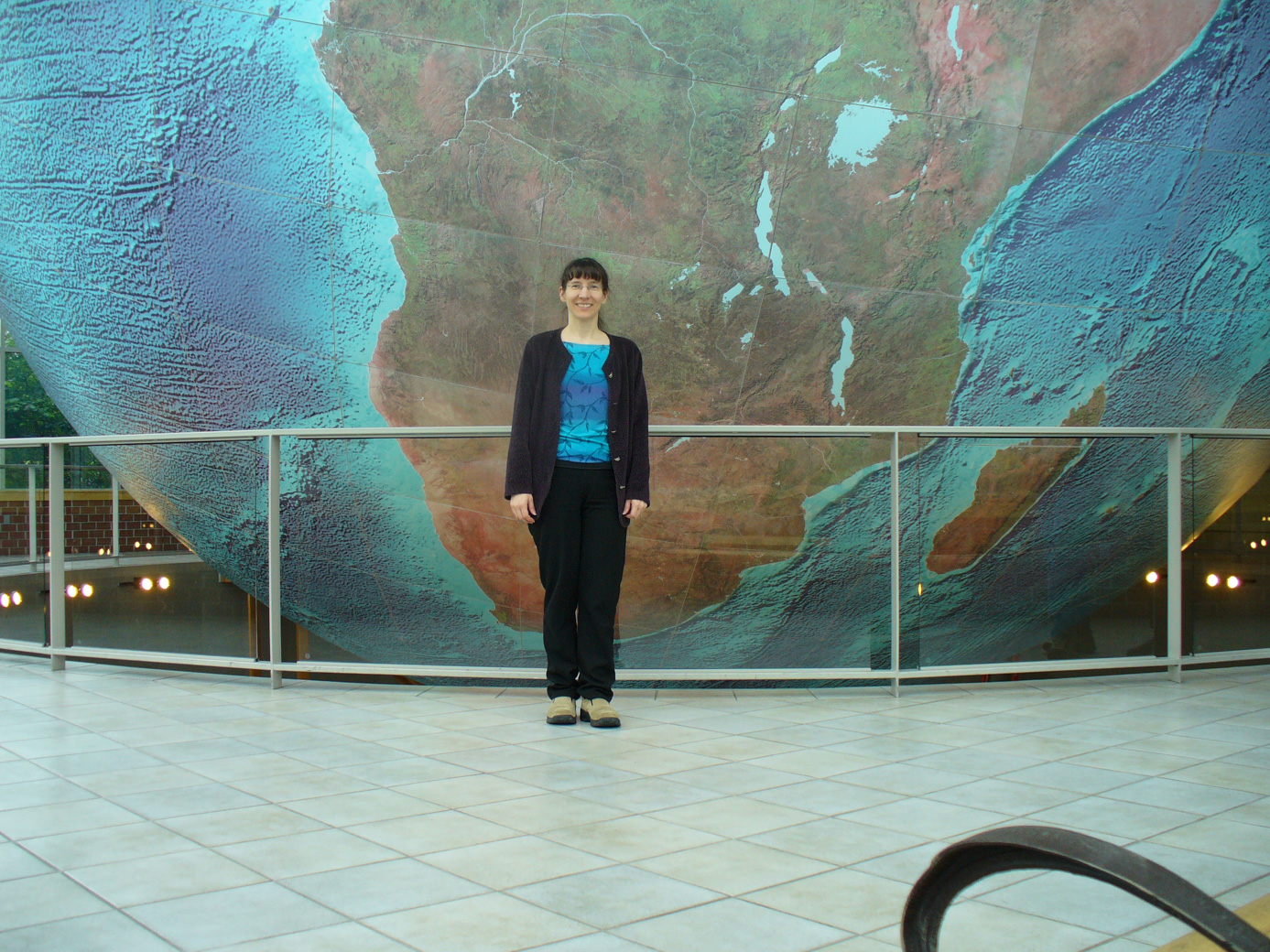 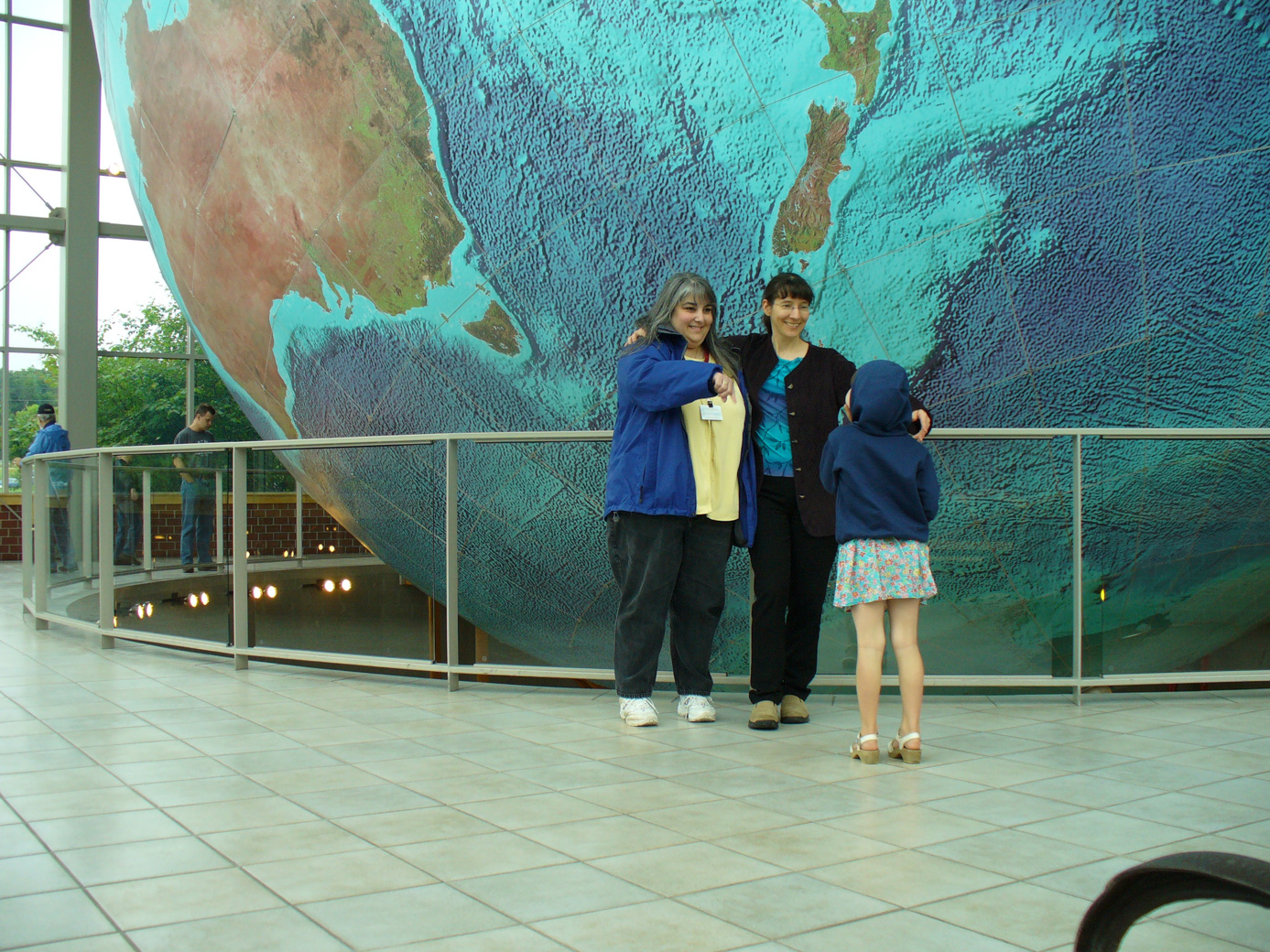 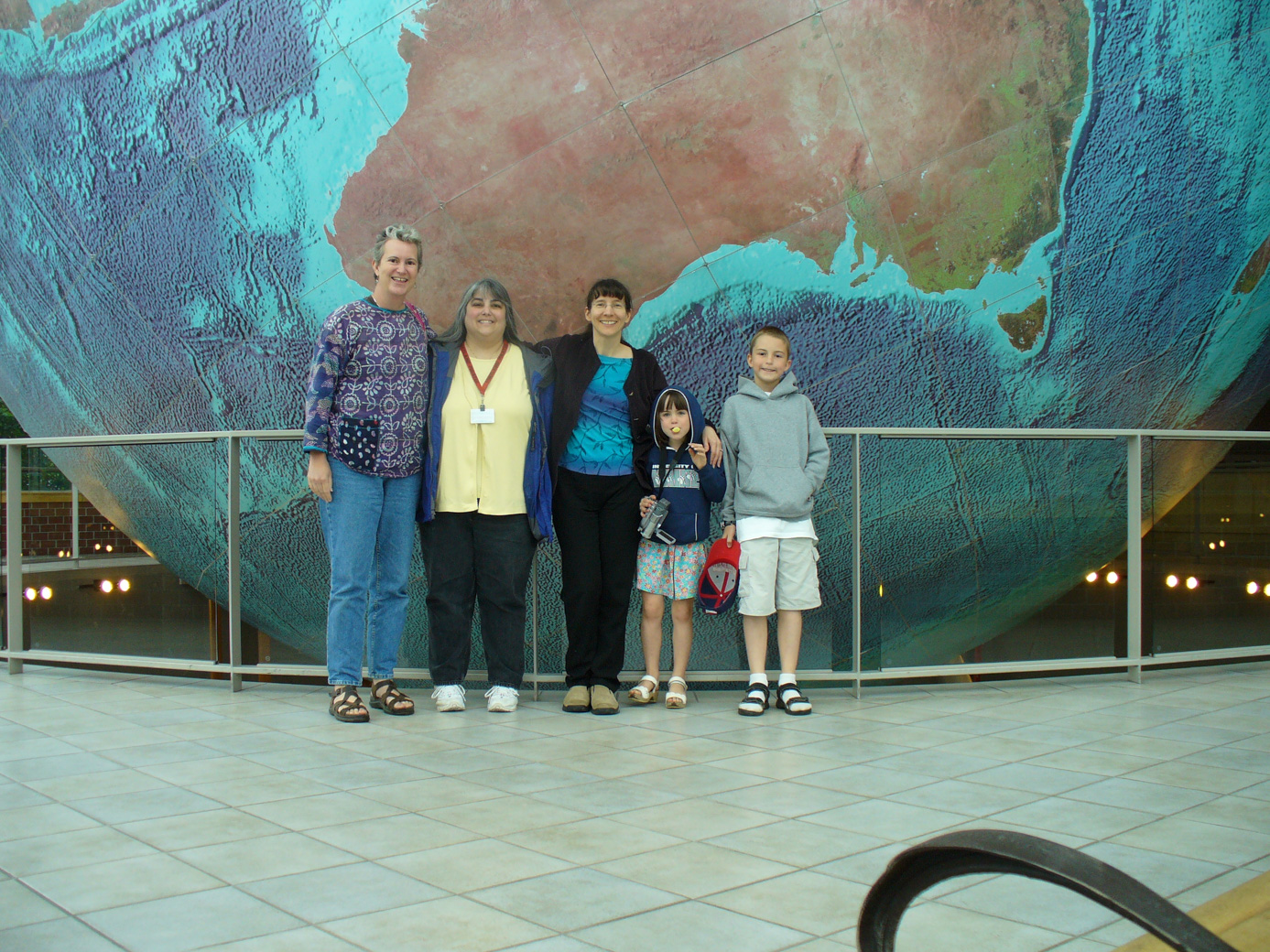 From there we had lunch at Antonio's Pizzeria. 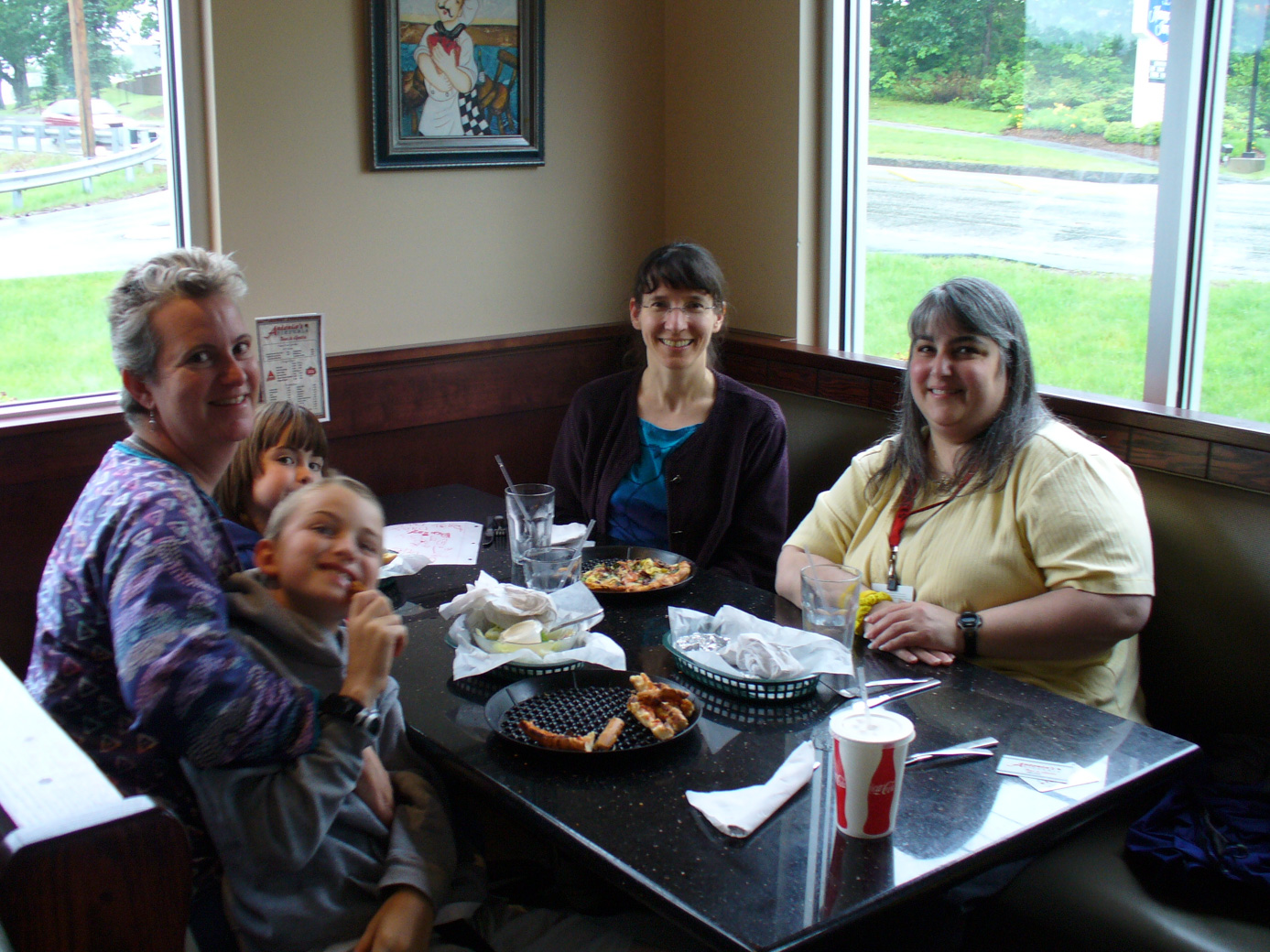 And then we went up to LL Bean. They had a display last weekend of two restored antler-locked moose. These were full grown males whose antlers had gotten locked together while they were fighting, resulting in both eventually dying. However, it wasn't there when we went. I believe this Wildlife Heritage Foundation of NH moose display is what had been there. Beans did have an aquarium, the trout pond, and a lot of other taxidermy on display. 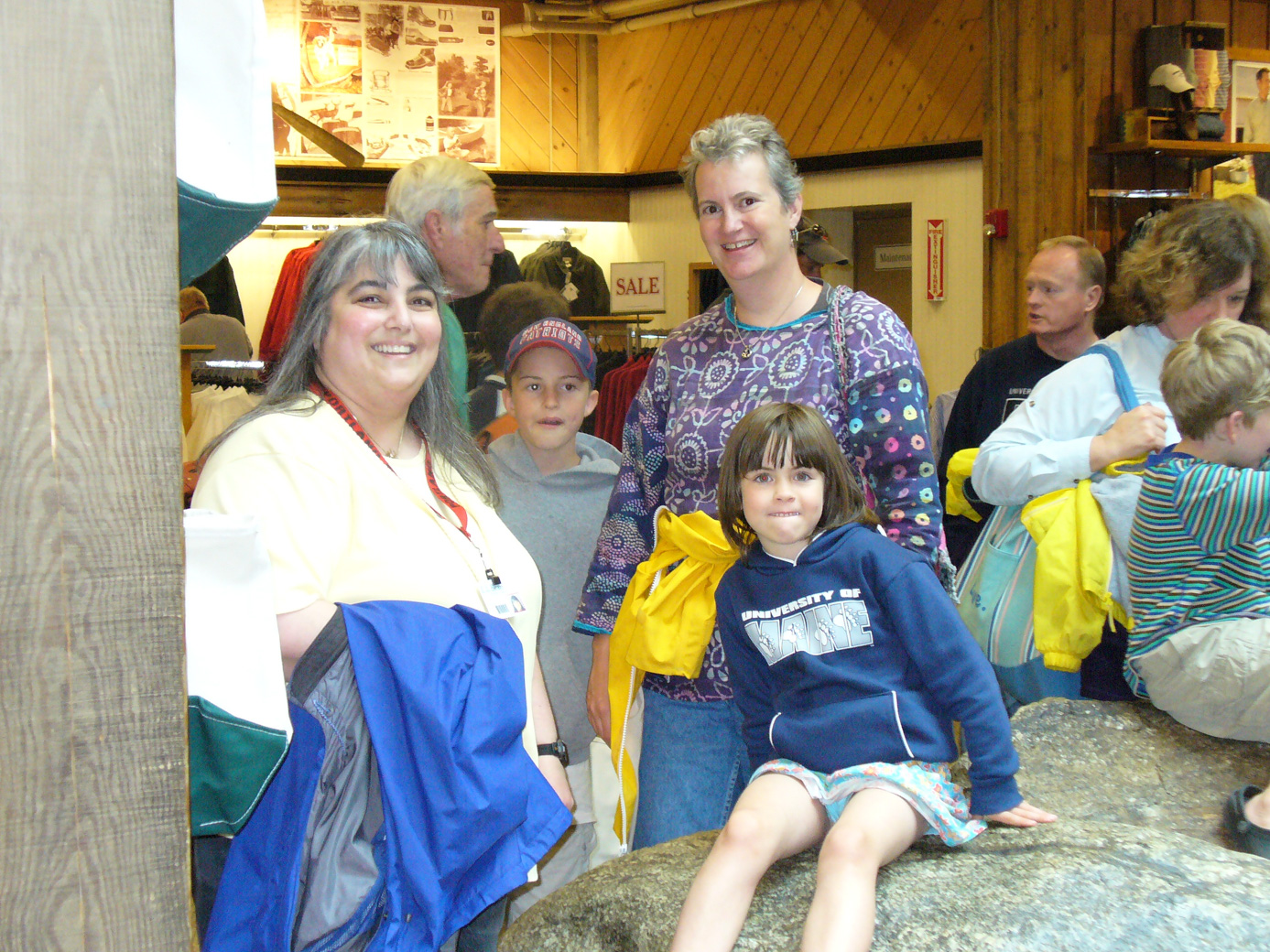 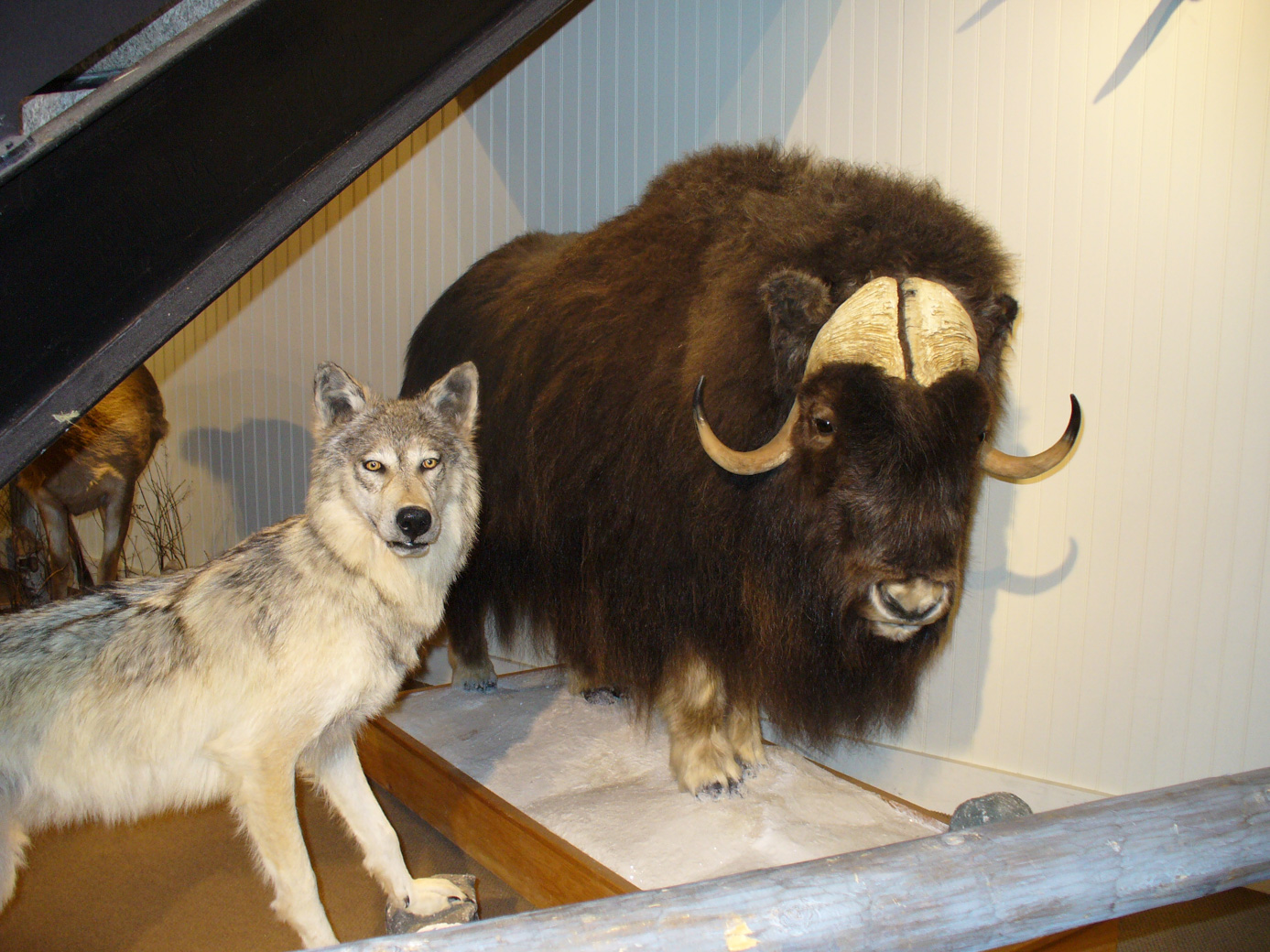 We have a good number of hummingbirds frequenting our feeder. We have two feeders, but I put a singular tense in that 1st sentence because one feeder (we call it the North feeder because it is on the North end of the deck) is patrolled by the 'super male', who does not let any other hummingbird use it. The South feeder might have all 6 spots used, and a couple hovering in hope of getting a spot, while the North feeder is empty. Occasionally one hummingbird might sneak in while the supermale is distracted. We (Paul, mostly) took many pictures of them the other day. He got some great shots. It is hard to select which ones. So I'll just put a couple on this page, and then direct you to another page for some additional pictures. It is still no where near the number we have, though!

These 1st two pictures are a good comparison of the male and female Ruby Throated Hummingbird. You don't see the ruby of the male's throat at this particular angle. The next two show a full feeder, and a female coming in for a landing. On the other page there are shots showing the ruby throat, a hummingbird with it's tongue out, and some other great shots. 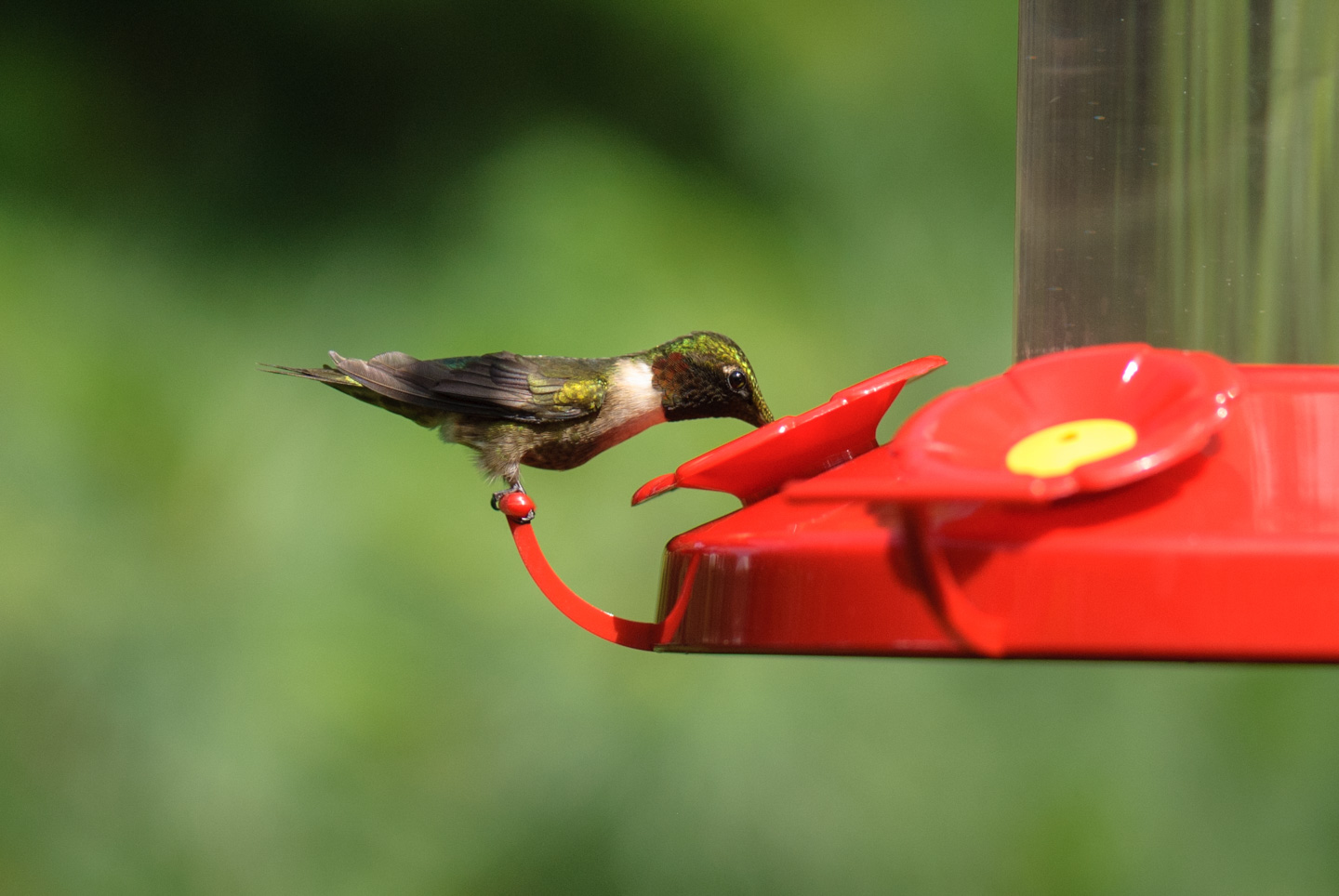 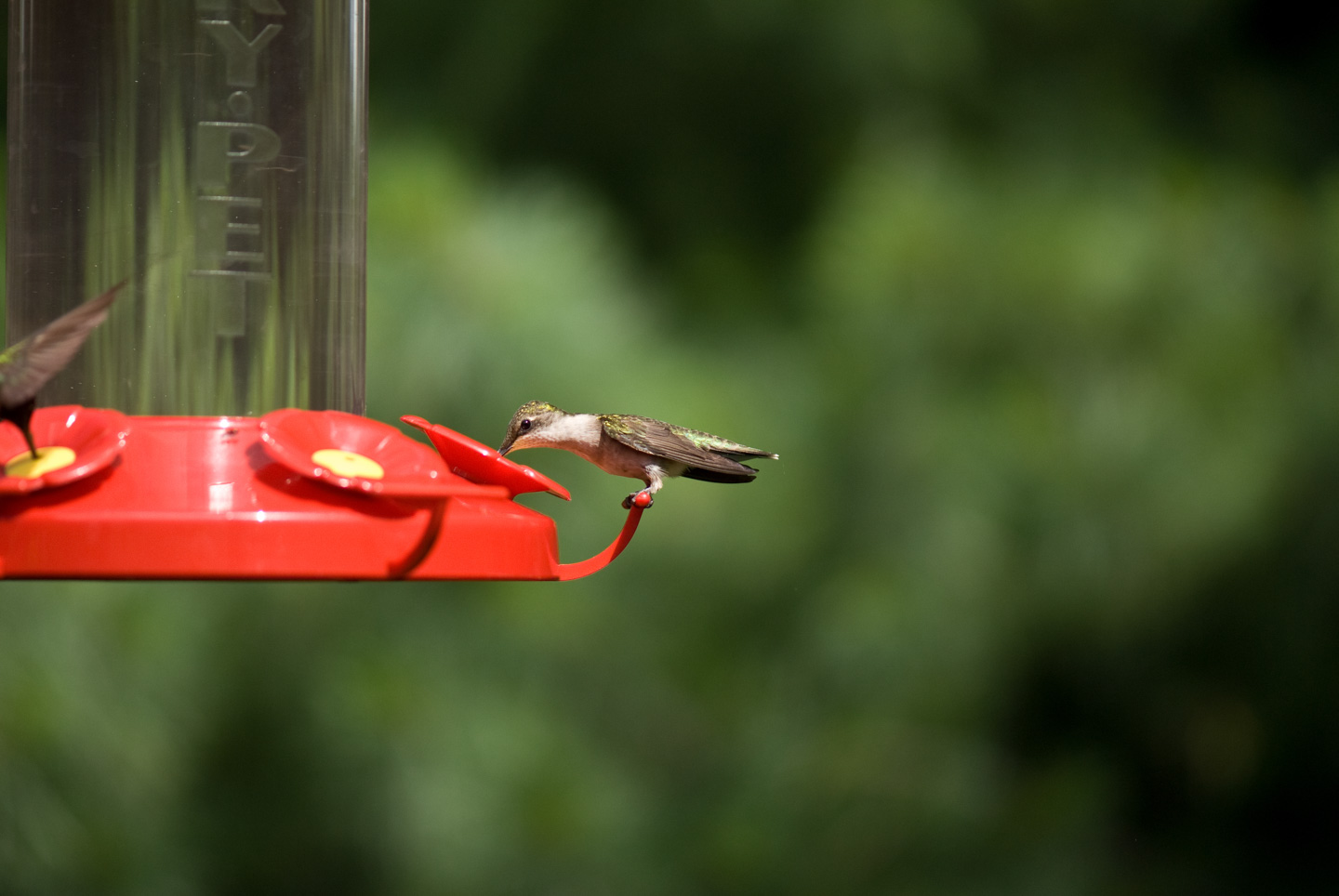 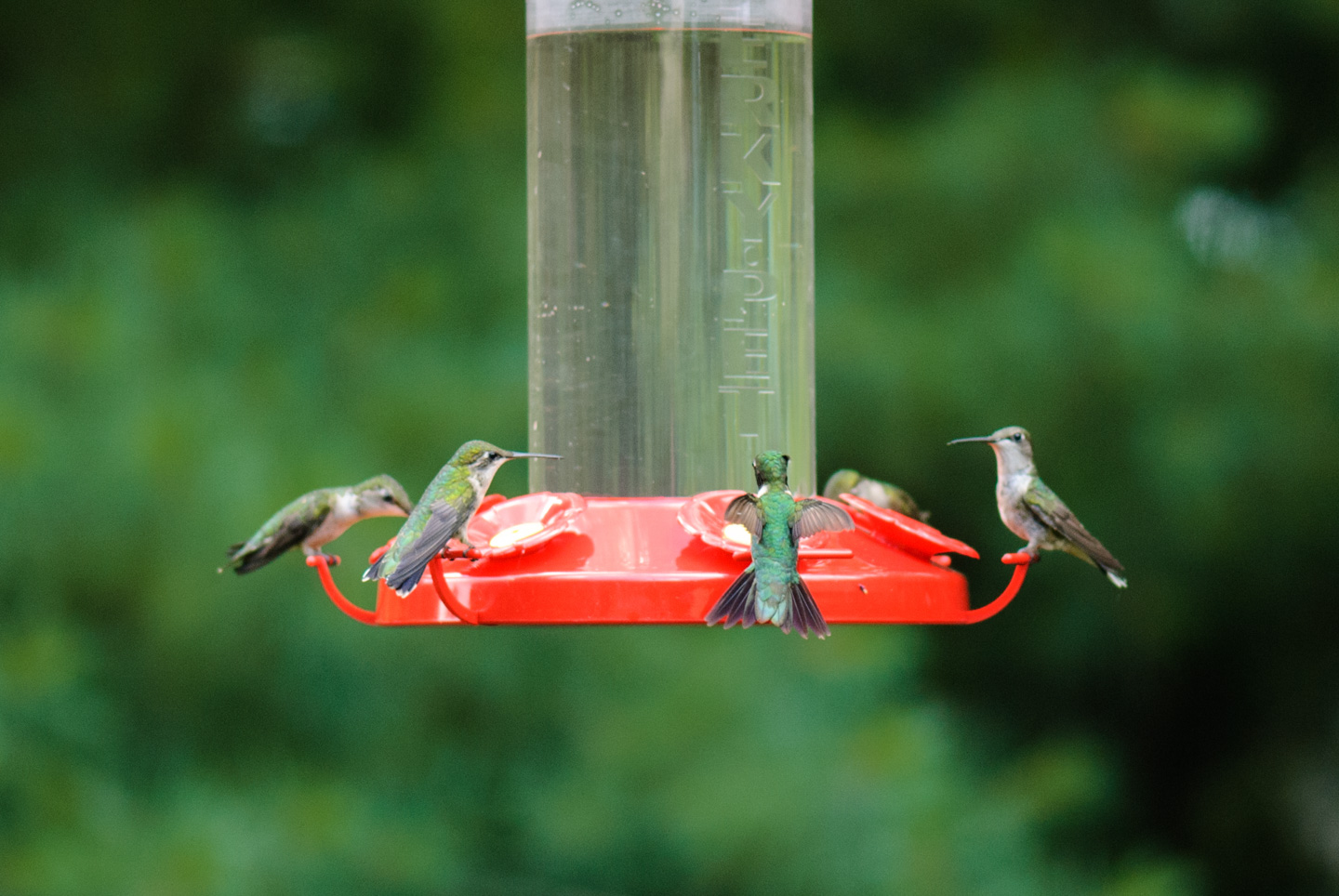 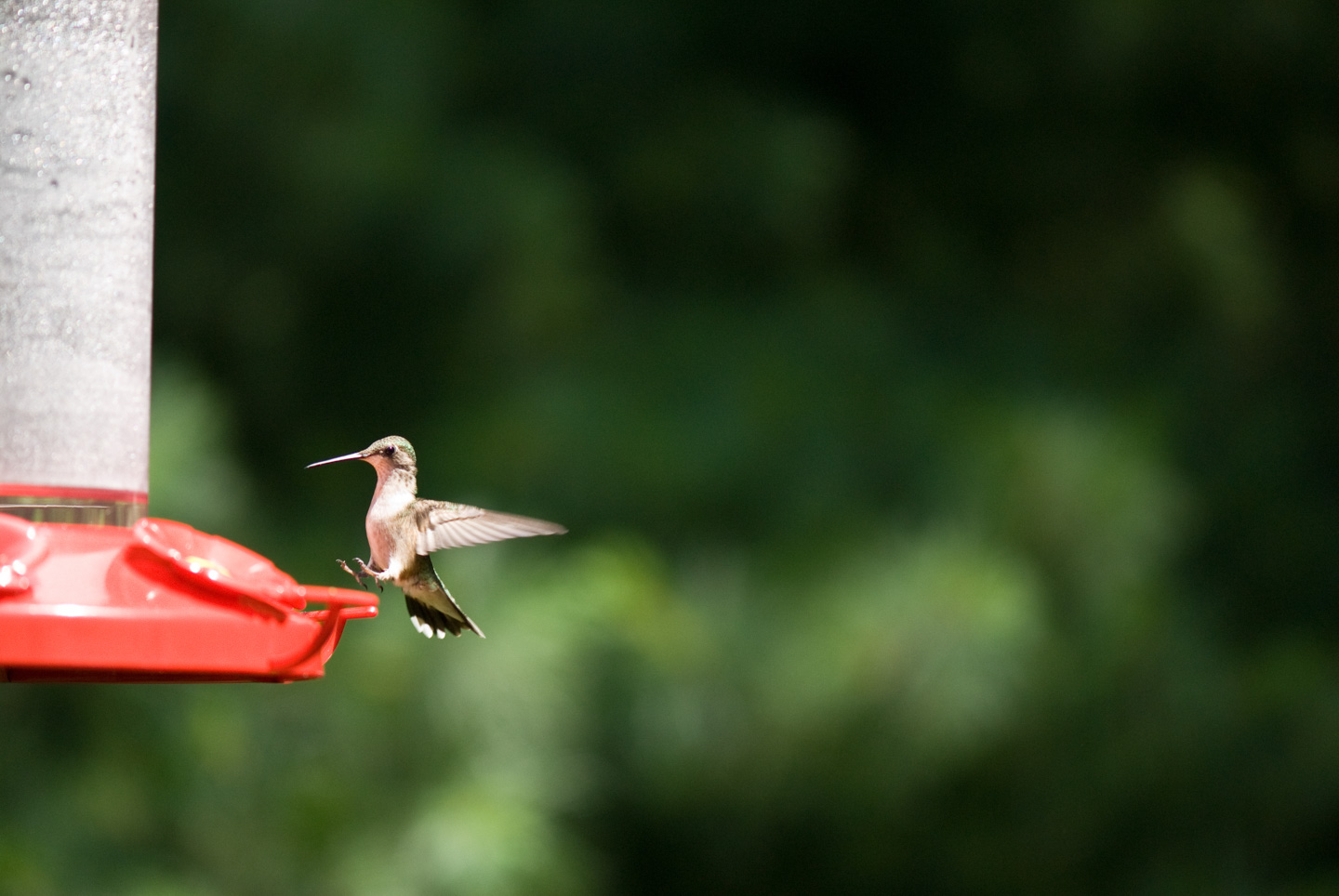 If you want more, here is a link to another page with more hummingbird pictures.

And a couple other pictures from our back deck: tomato blossom, herbs (parsley, rosemary, thyme), Paul: 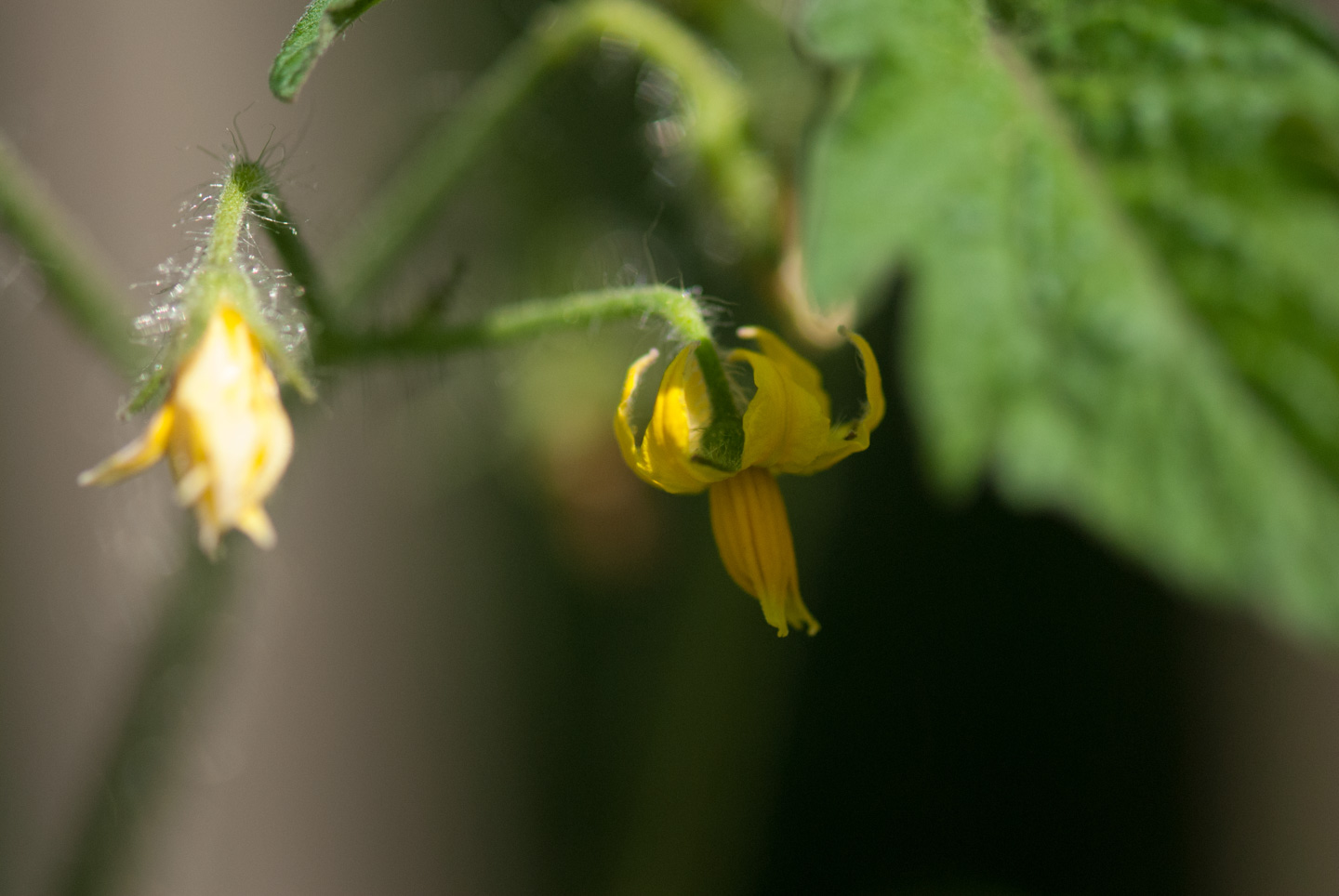 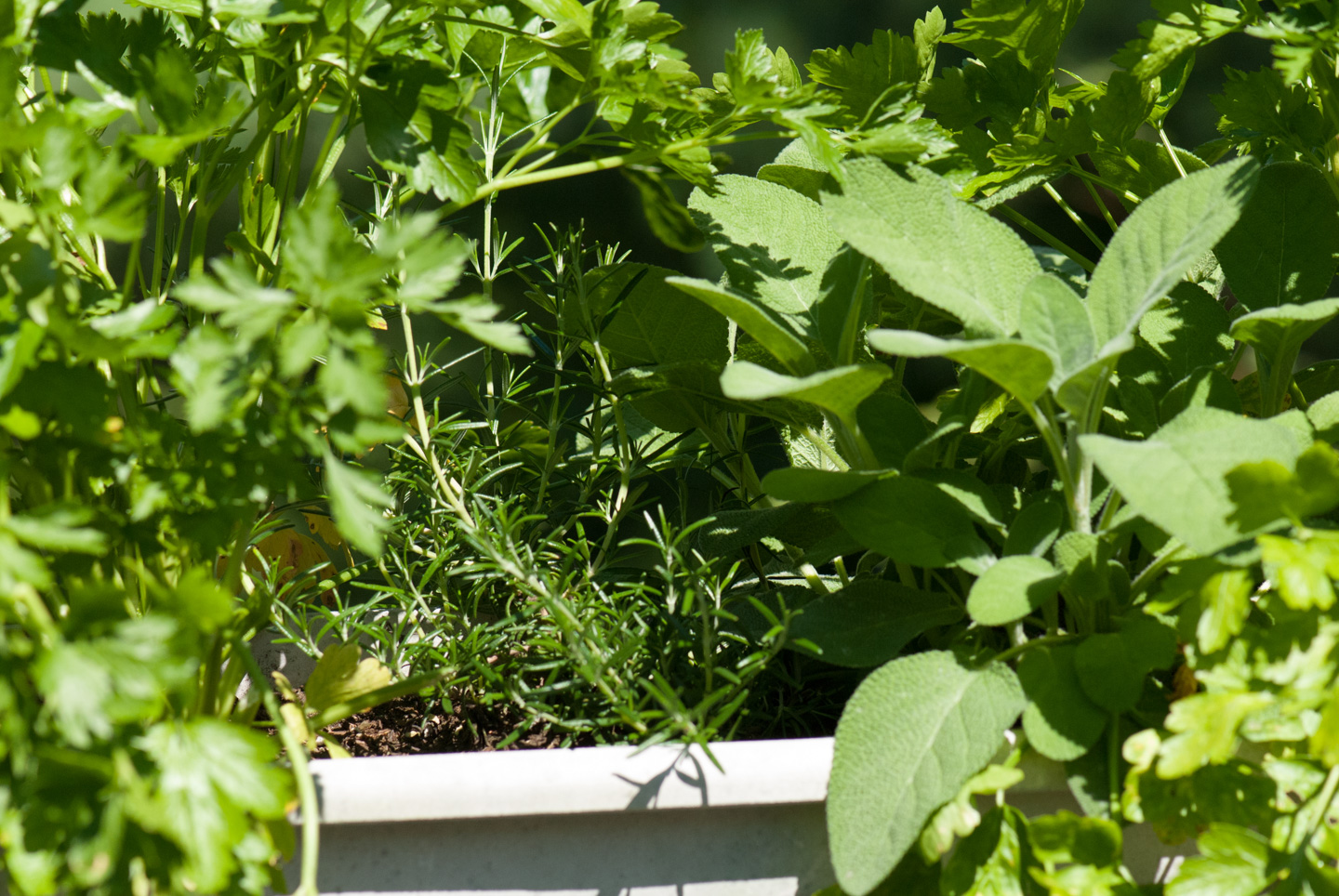 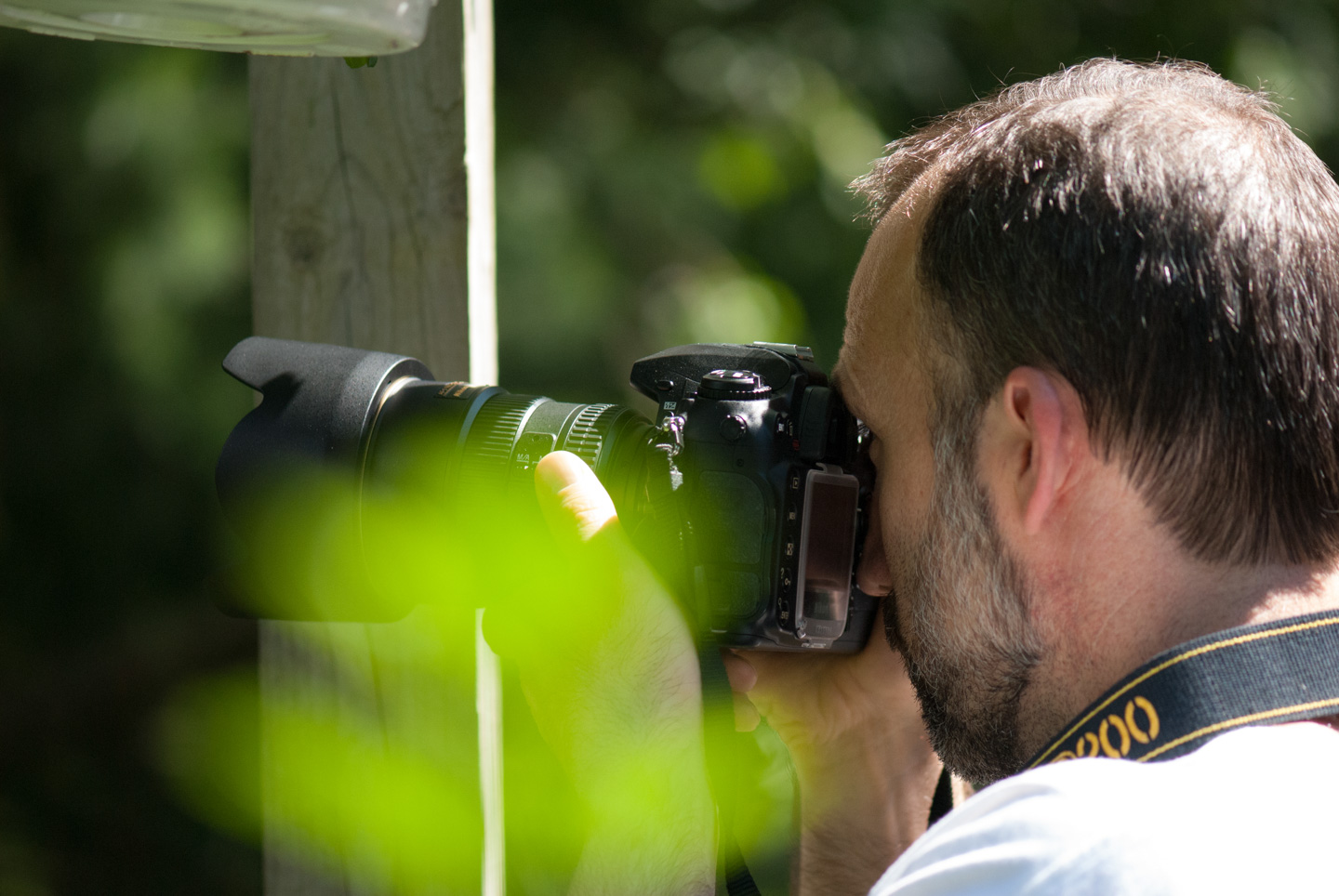