We had DiotaleviDay at Fort Wetherill RI on July 23rd. It was the hottest day we have had for one of these picnics, but we had a nice shady spot at the park. Here are a couple of pictures that show the set-up we had, with two picnic tables together plus a 3rd table, plus we brought many chairs. 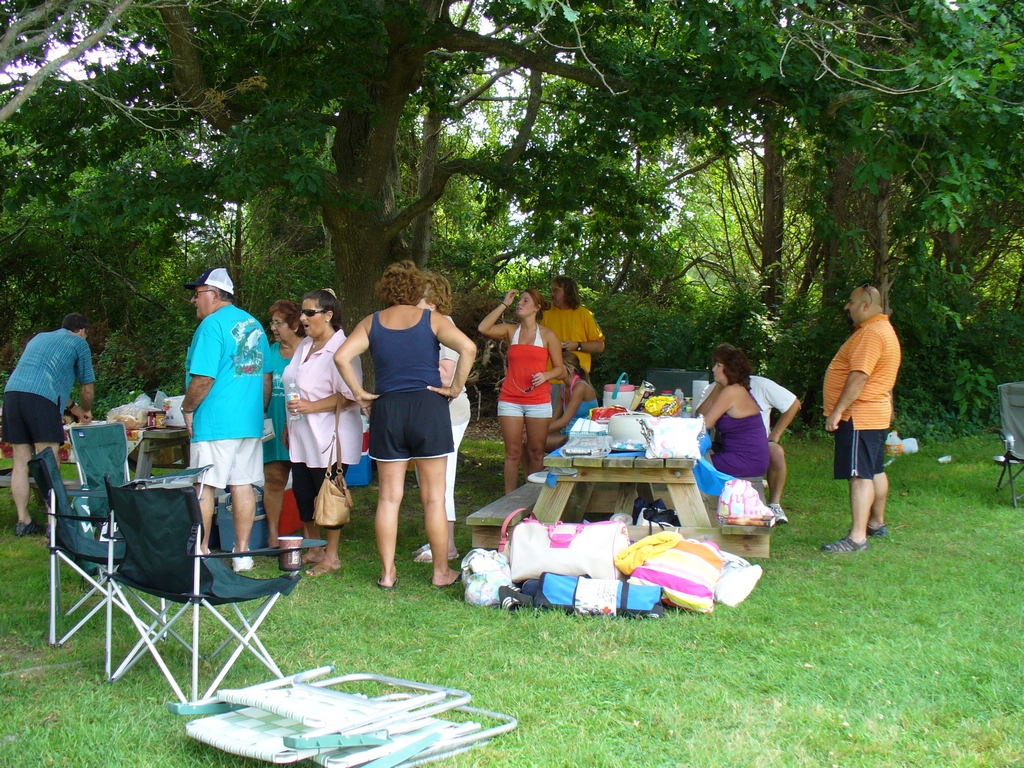 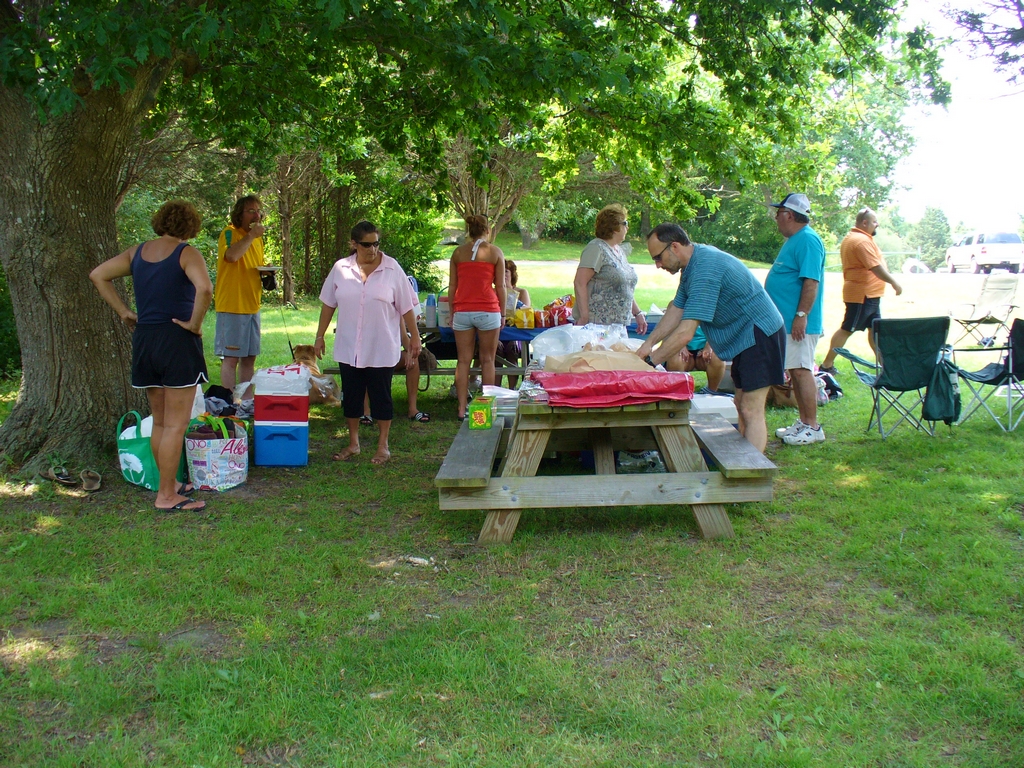 Aunt Jean lead some games of 'Rummikub'. Here is a picture with Kristen and Auntie Jean. It looked like everyone caught on pretty quickly. 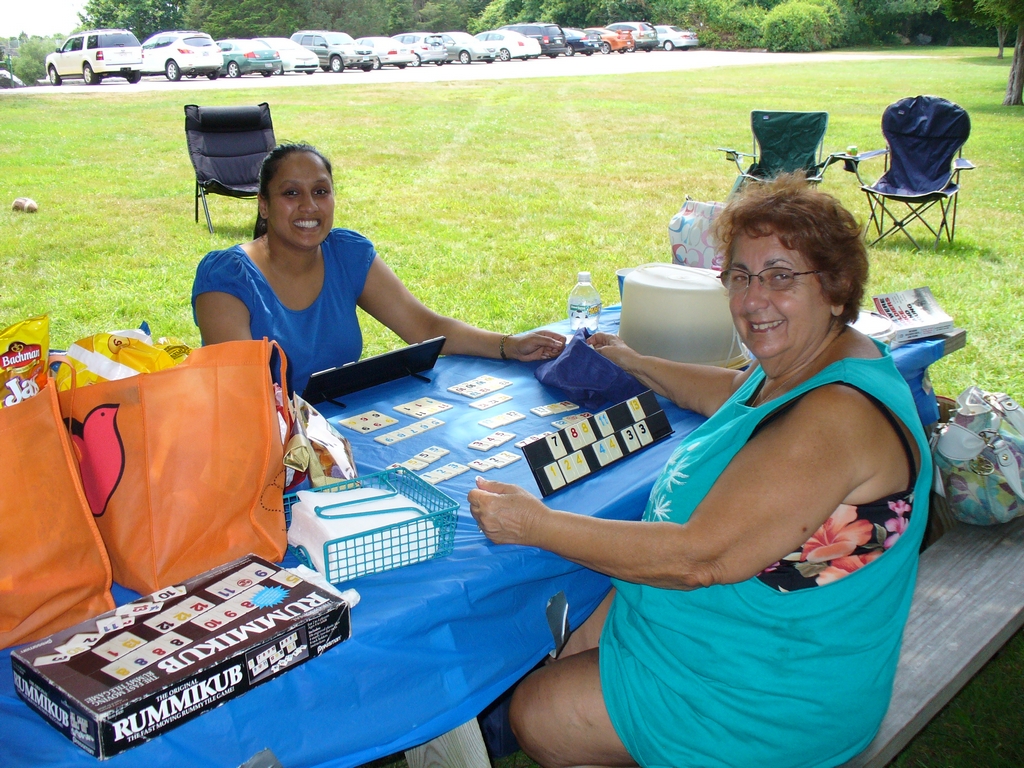 A number of us, including Molly and Maci, walked by the old fort ... 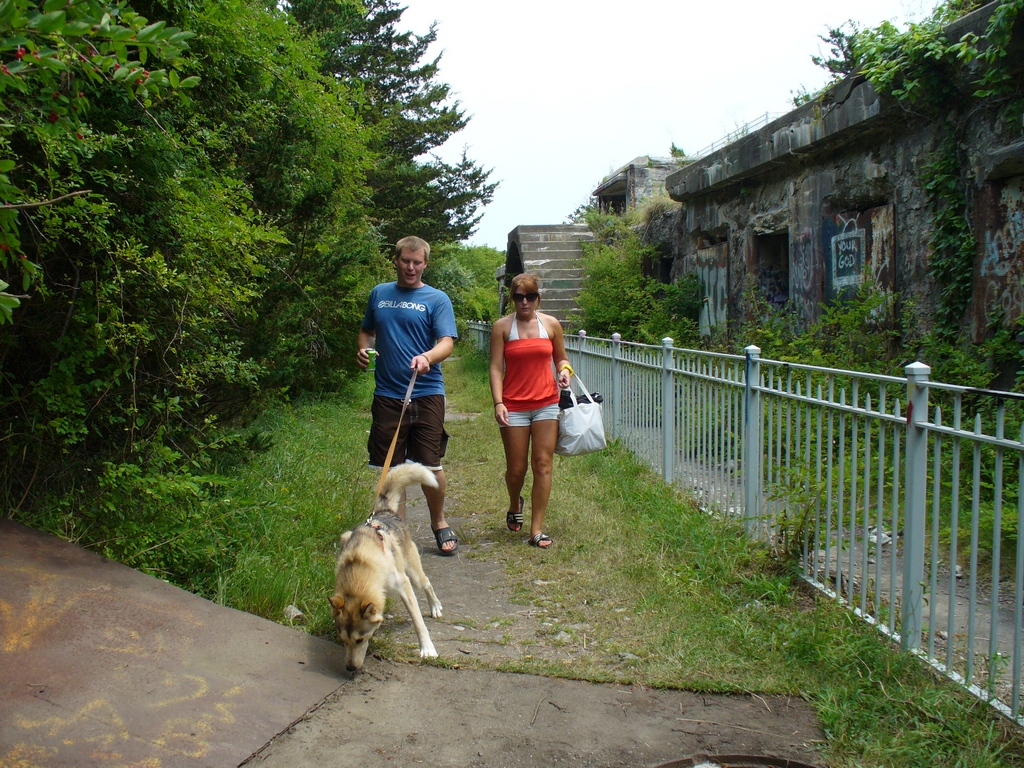 ... on the way to the shore. This section is rather rocky, and a bit difficult to get to due to the steep hill. This picture of Fallyn shows some of that hill. 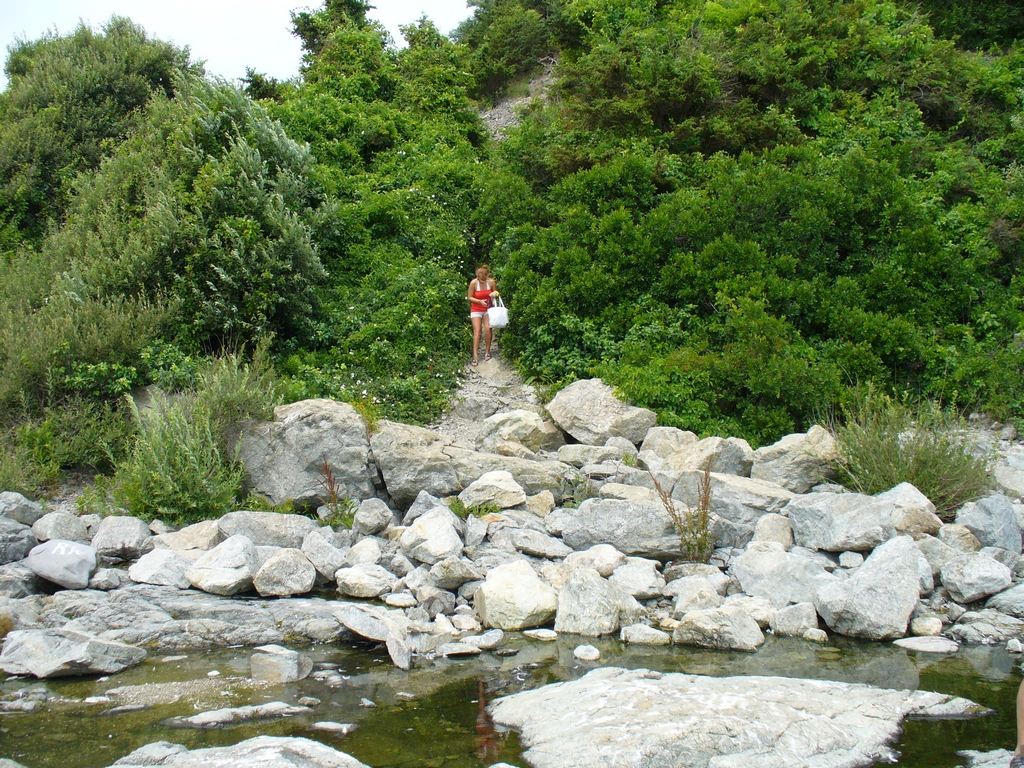 Laura started down to the water. 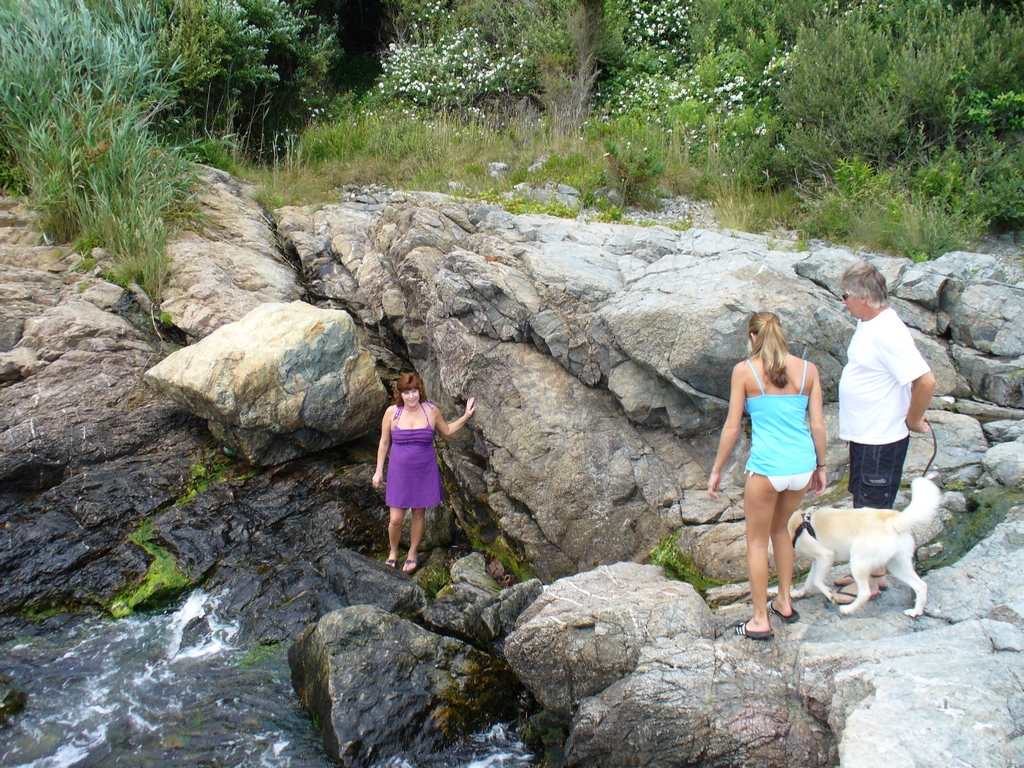 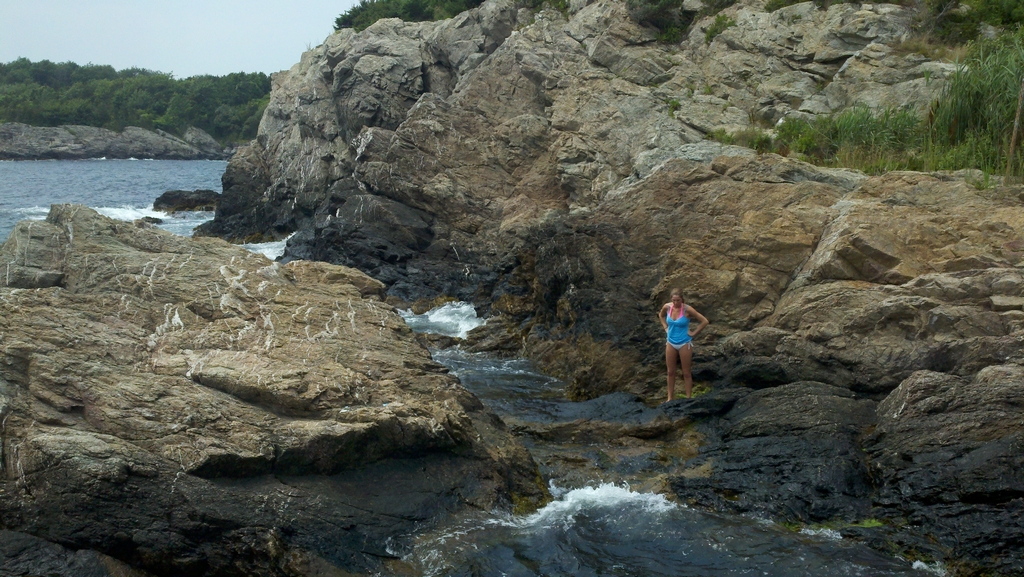 So did this Gull. 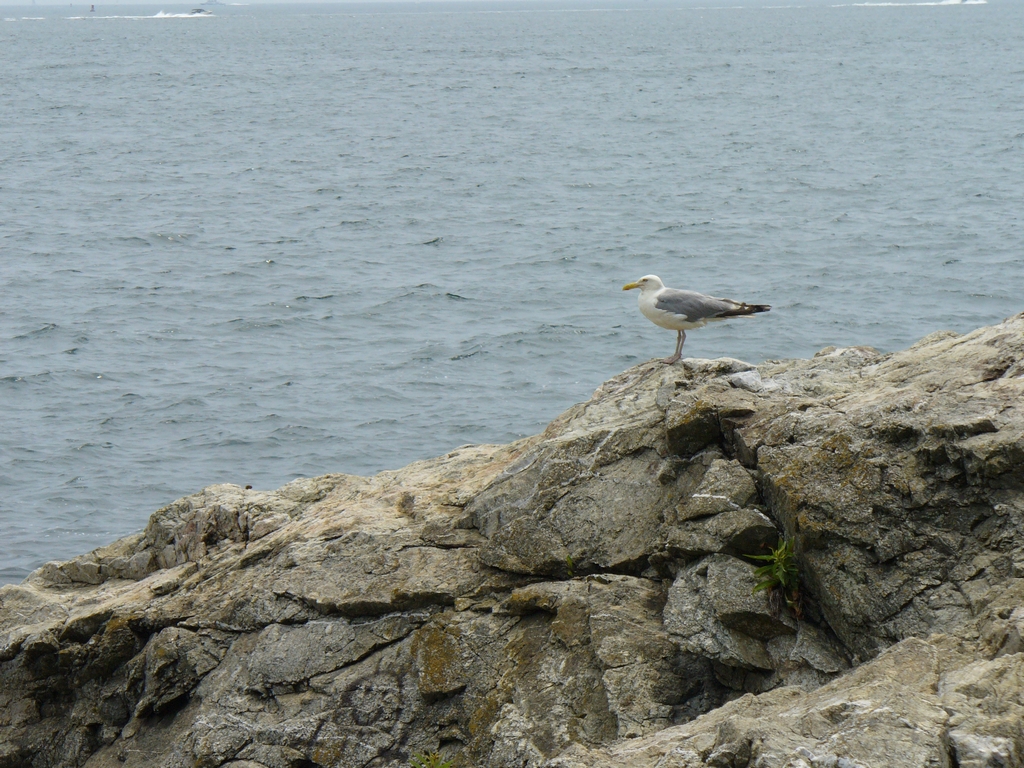 Bobbie was the 1st into the water.

Anne was not dressed to go into the water. 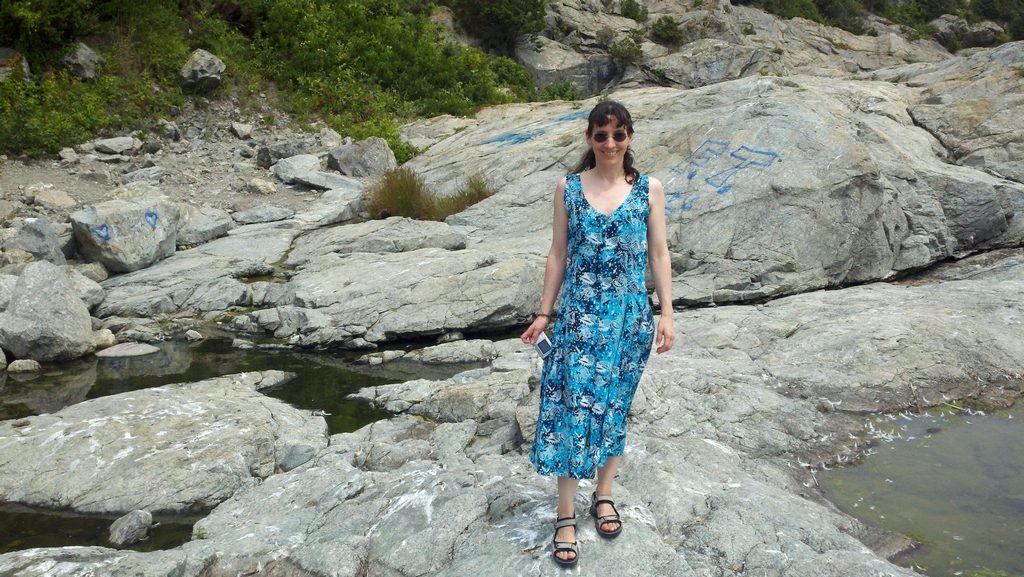 A few other pictures from down at the water before we returned. The others stayed longer than Paul & Anne did; it was rather hot and the stagnent pools added a rather unpleasant aroma. 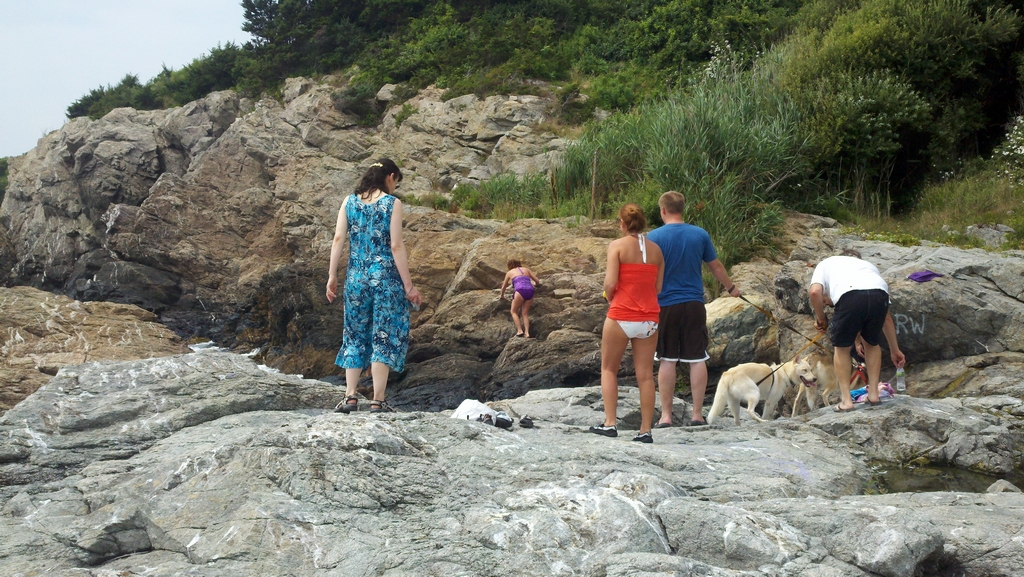 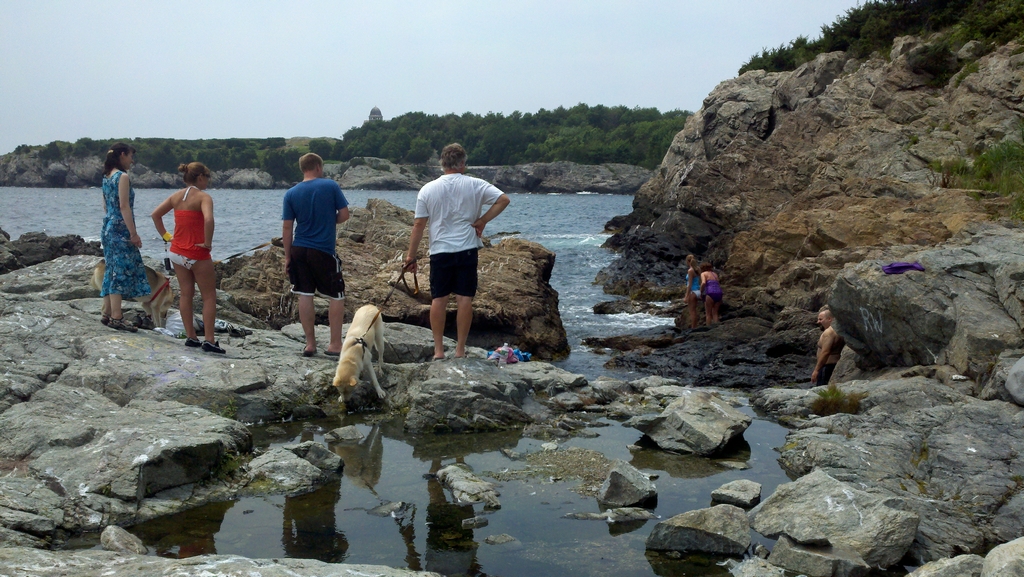 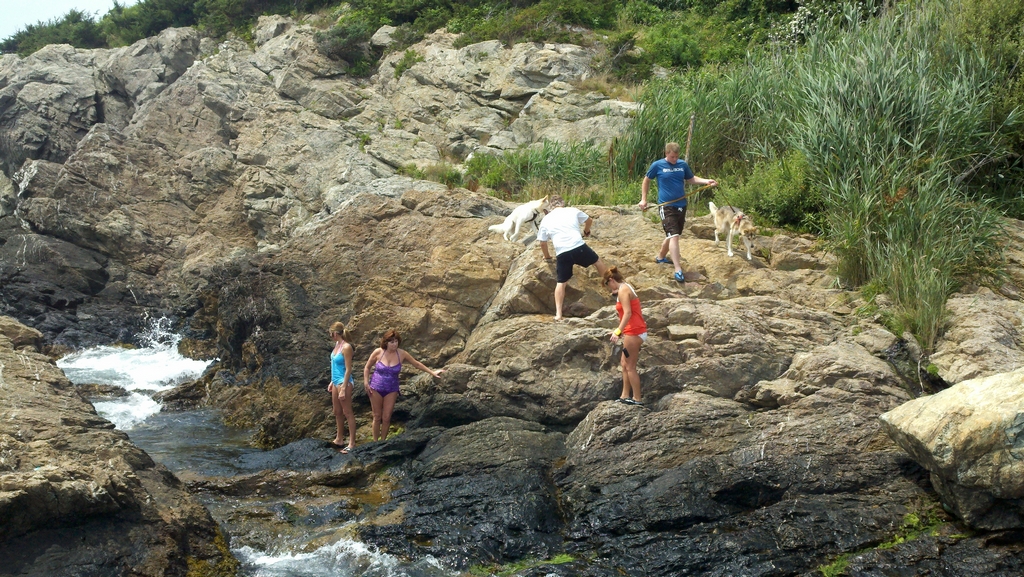 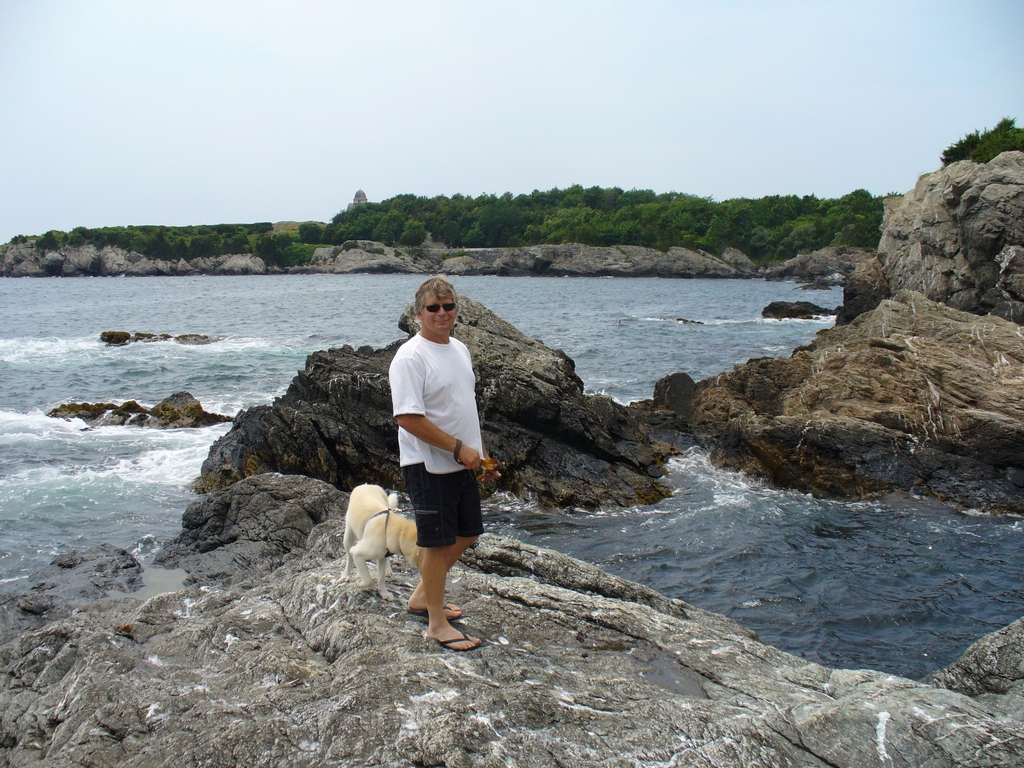 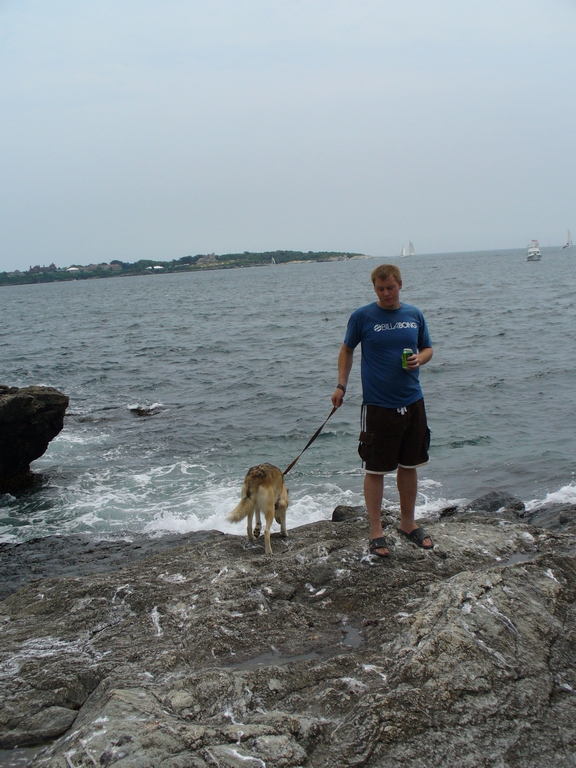 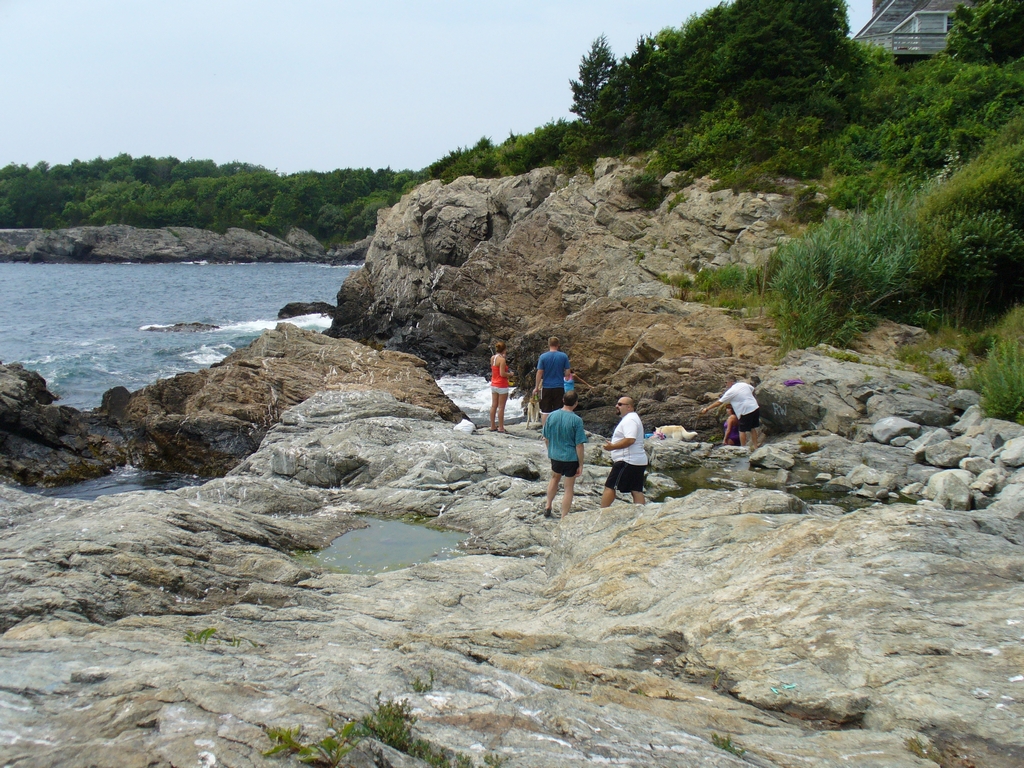 Many (but not all) of the family dogs made it to the picnic. Molly: 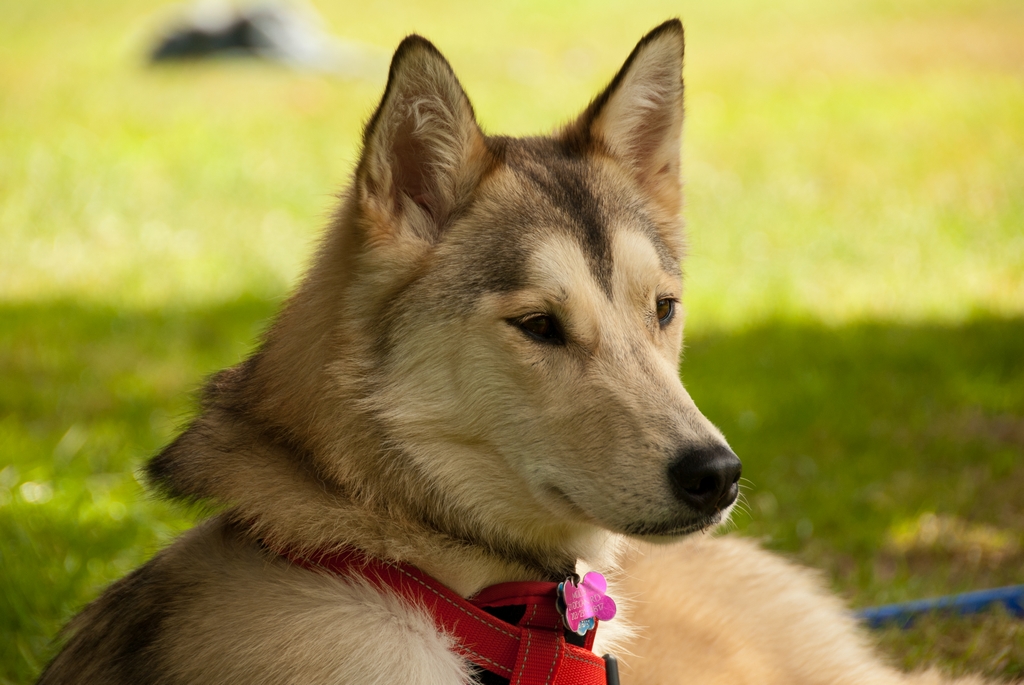 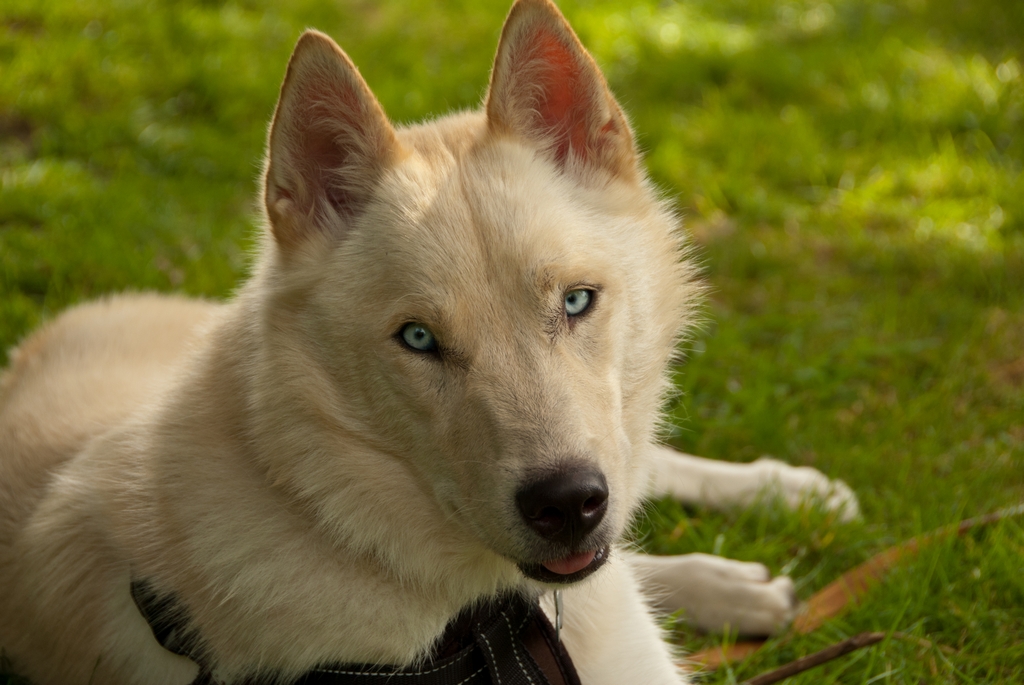 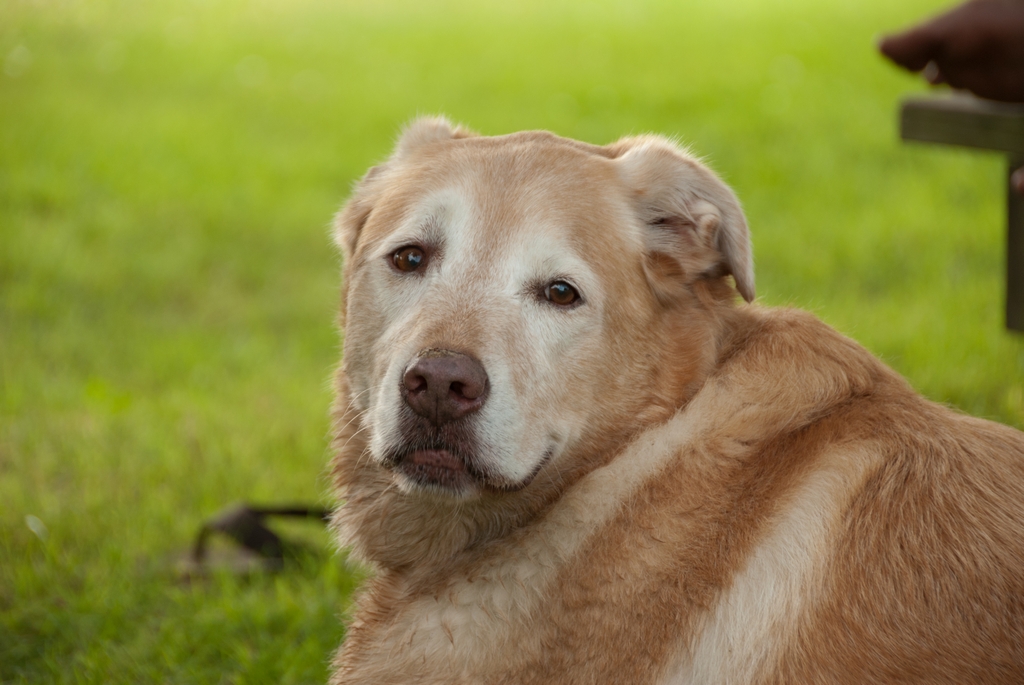 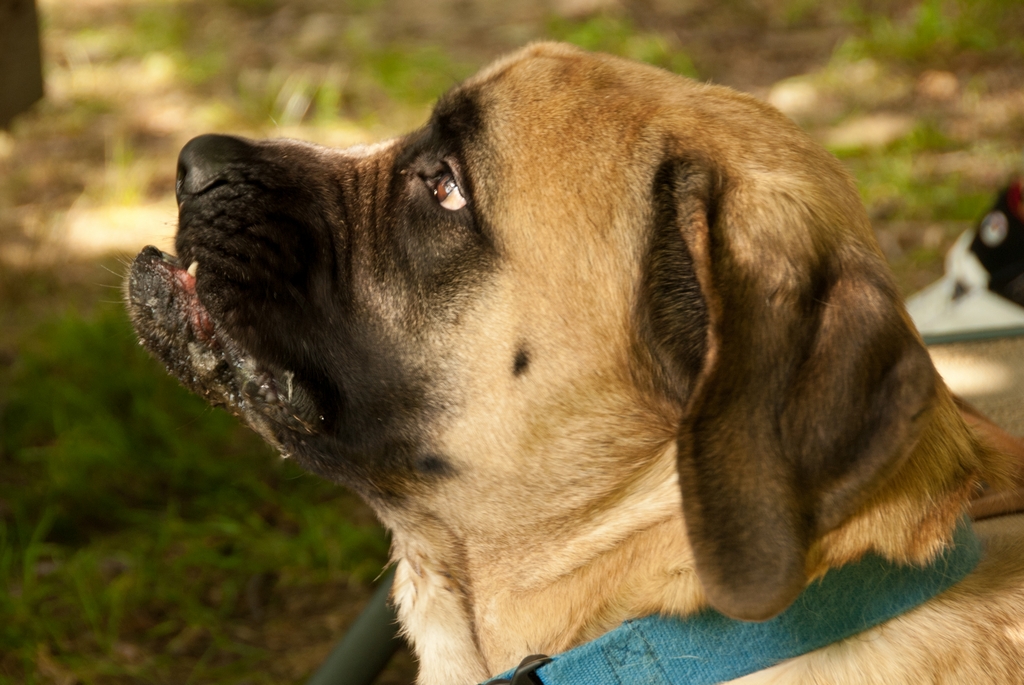 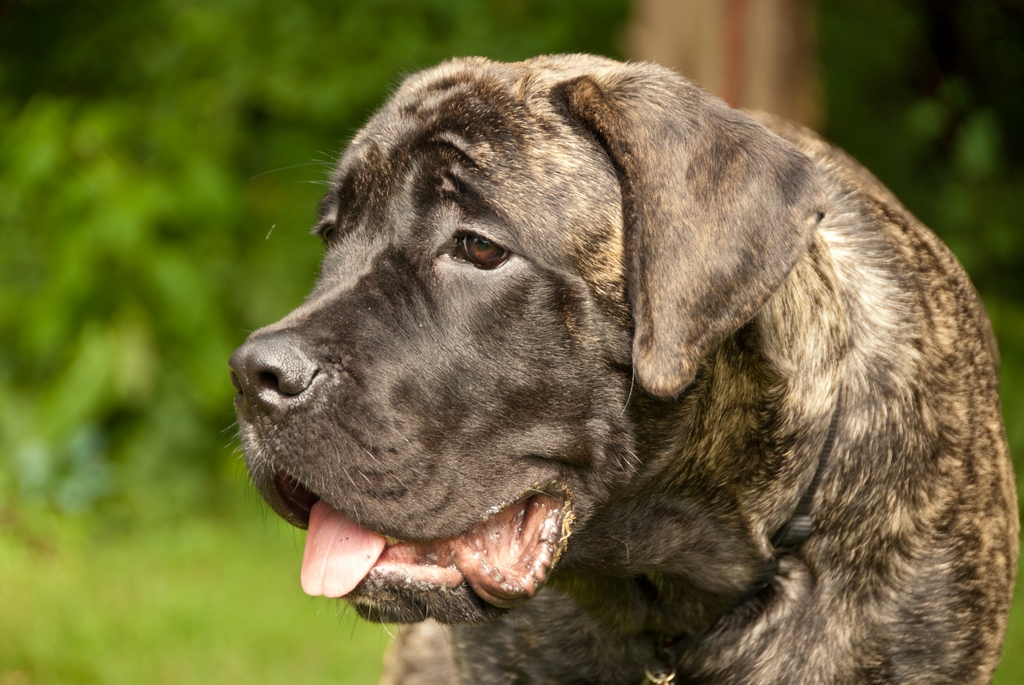 to the next page of the picnic report