We took our annual SCUBA Diving vacation to Bonaire at the end of October.

Our trip down was uneventful, although it involved a very long layover at the San Juan airport. The airport isn't particularly bad, but 9 hours is way to long to spend there. Here is Paul in our little corner at the airport. 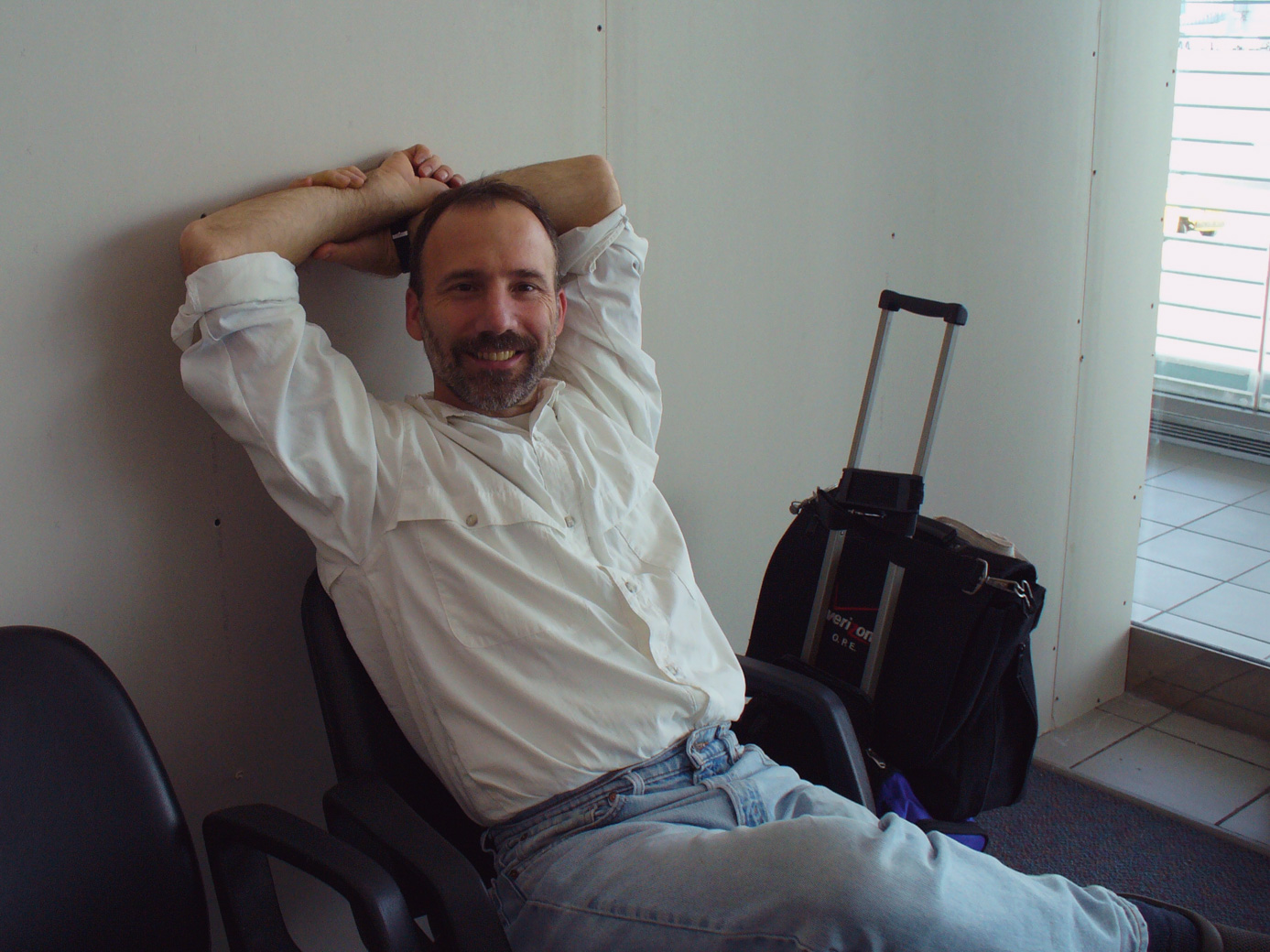 A week or so before we went down Tropical Storm Omar caused some damage to the island. The coral sustained some damage, varying depending on the site. In many locations, it looks like fresh fallen snow underwater, where the sand still covered some of the coral. The healthier coral is able to push the sand off, but other areas still had a layer on them. We will show some comparison pictures for you, to remind you the power that the ocean can have.

Unfortunately, Paul's back was bothering him, particularly at the beginning of the week. While the diving itself didn't bother his back much, the snorkeling and walking with the gear aggravated it. So the evening of the 1st day we went to the south side of the island & took some pictures with our friends Dave and Scott. They also have a D200 camera, although they have underwater housing for it!

Link to some of Scott's pictures.

The south portion of the island is the very flat portion with the salt works. Here are a few pictures from our little trip, including one of Scott & Dave. I had my little P&S camera, which takes very good pictures; Paul had the D200. This 1st picture shows one of the dive sites called Tori's Reef. I don't have a comparison picture for this, but all that coral rubble that is filling in the channel was not there before Omar went by. The picture of me staring out at the ocean (how romantic looking, eh?) is by the lighthouse on the southern tip of the island. 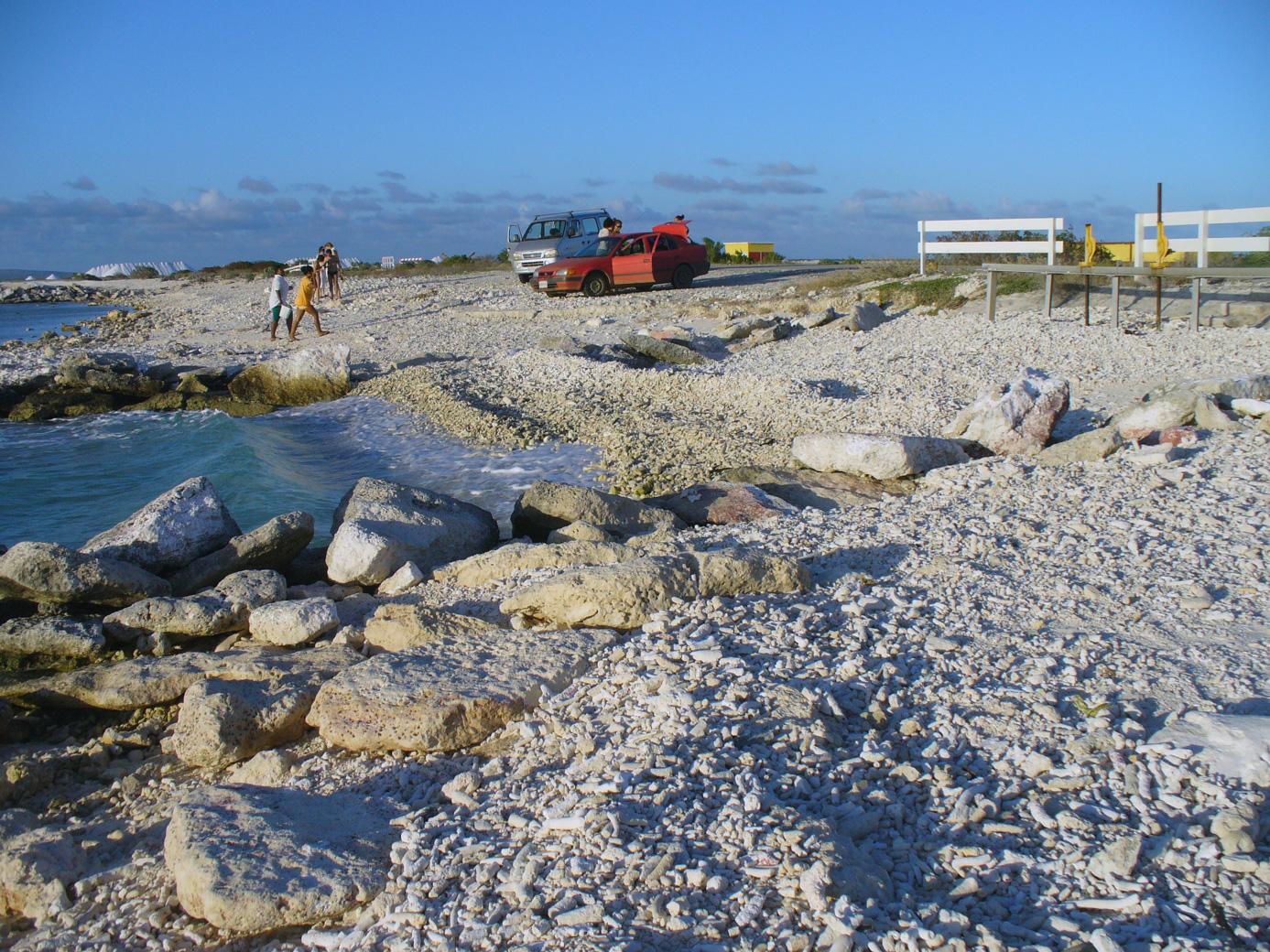 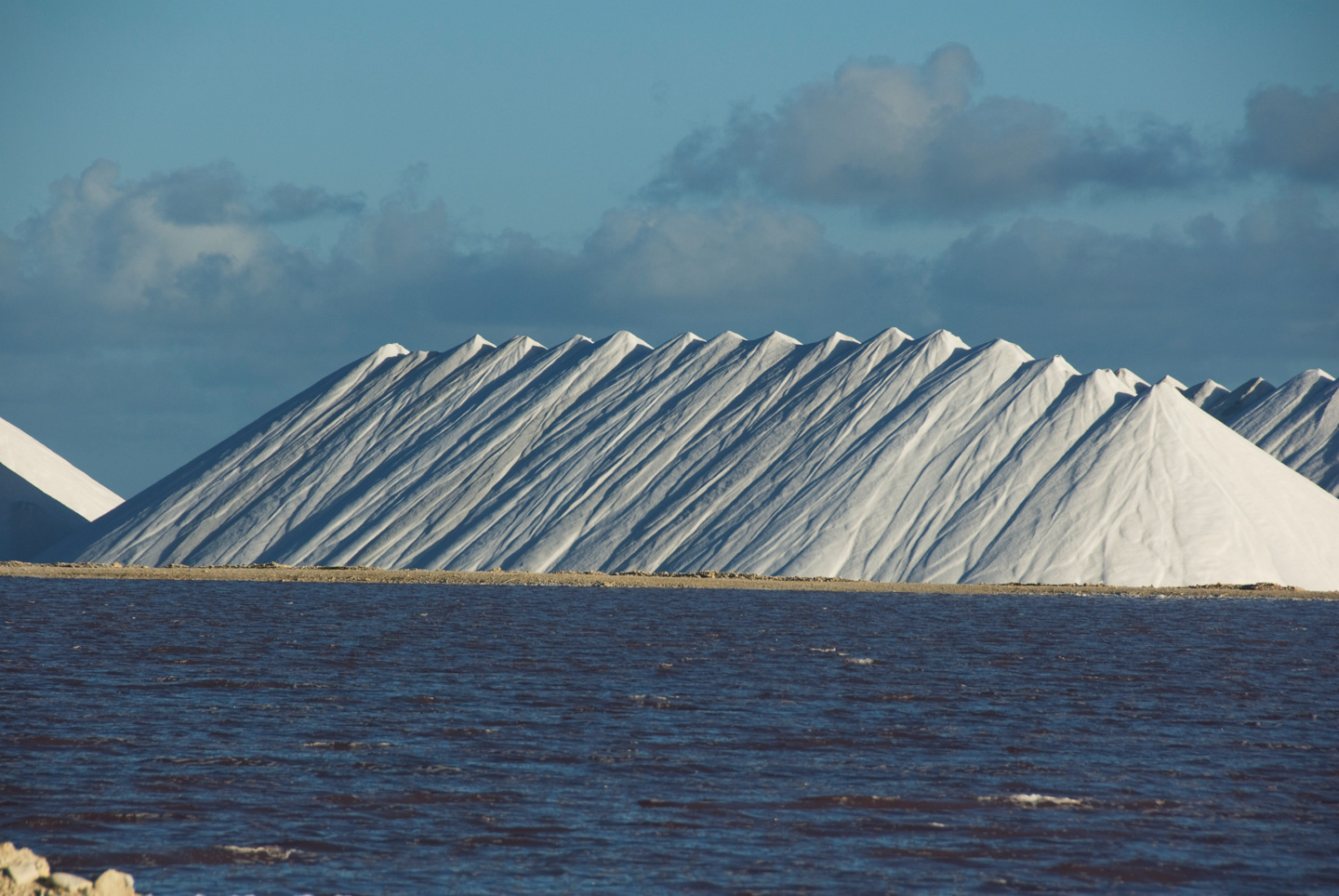 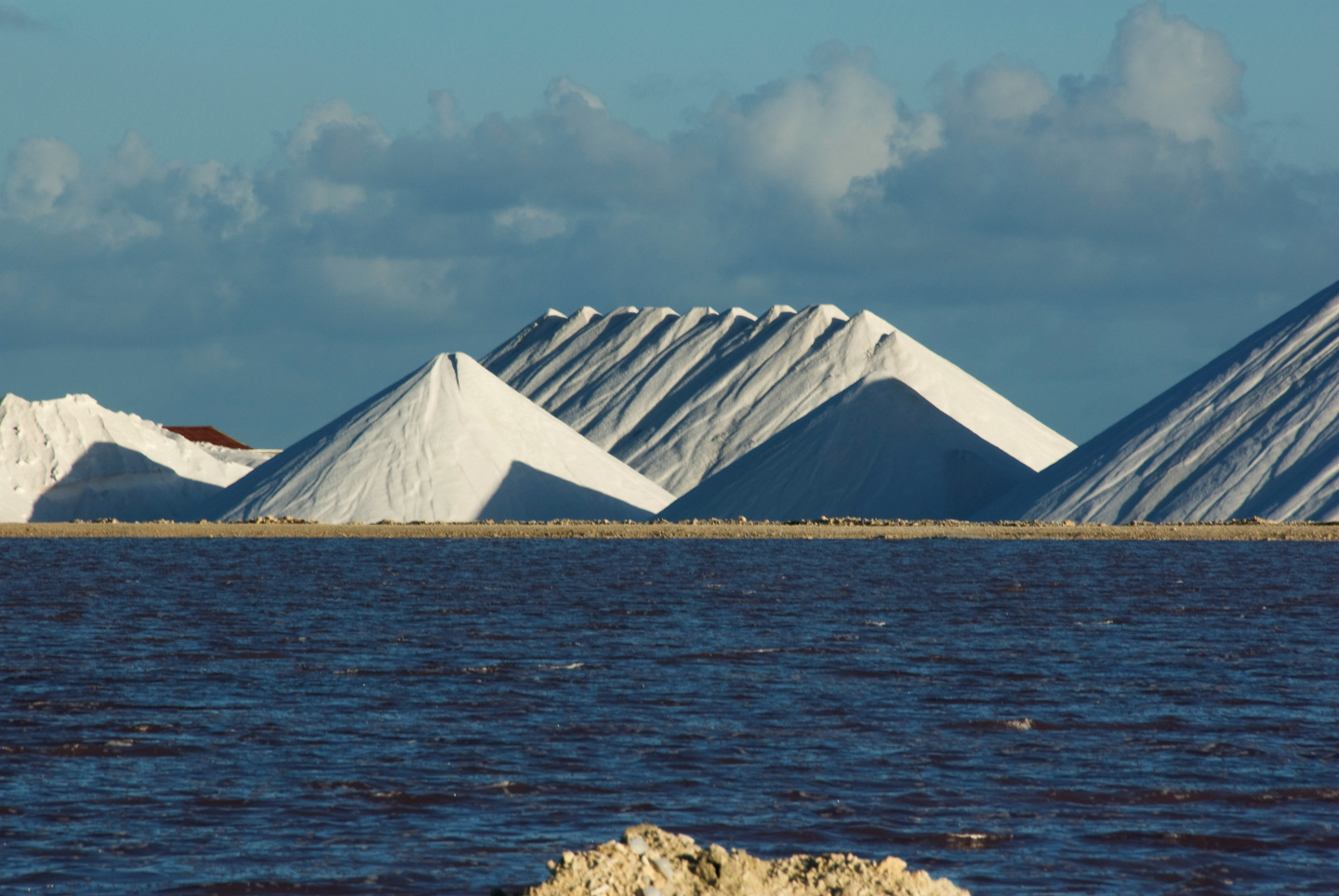 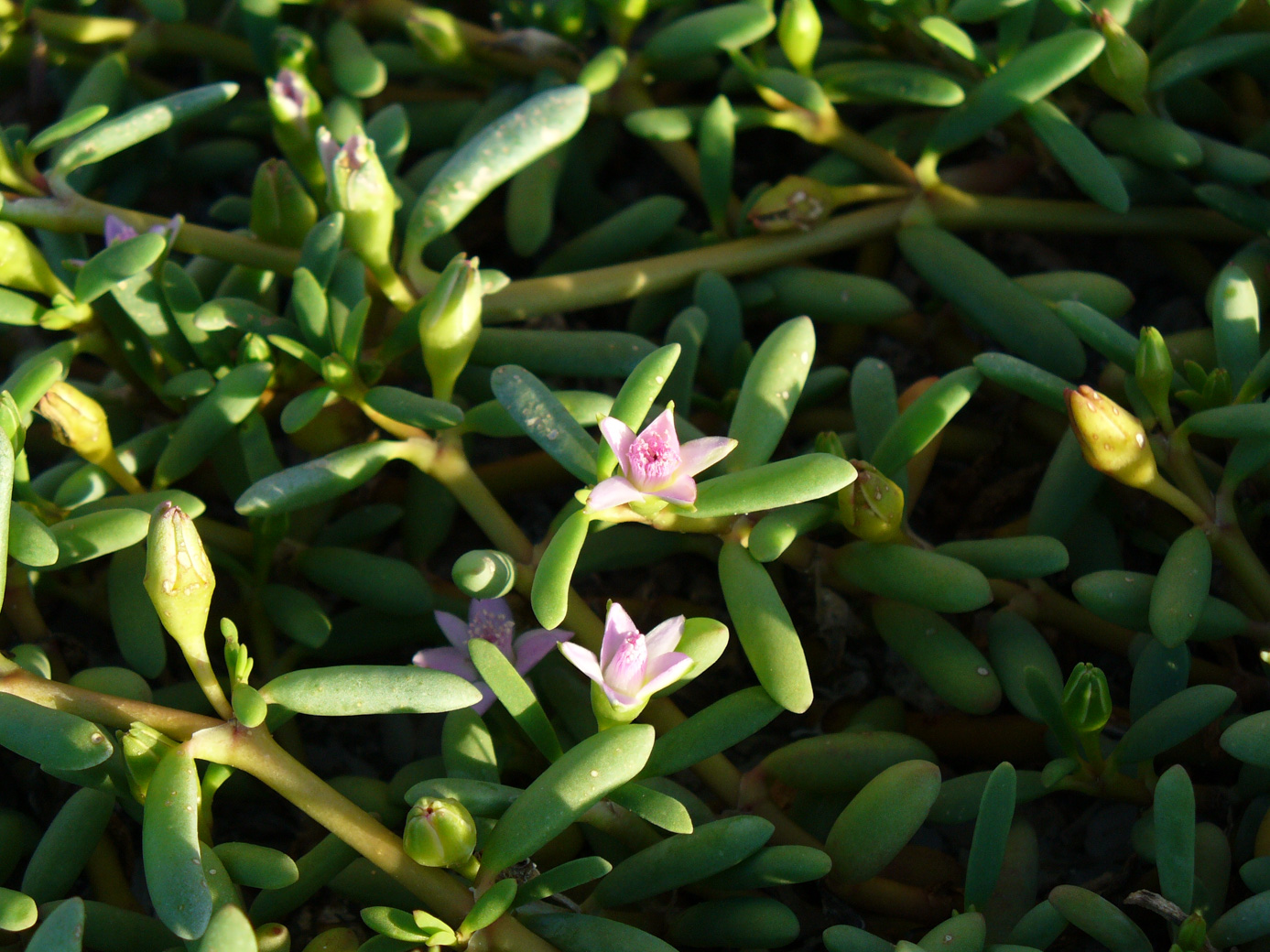 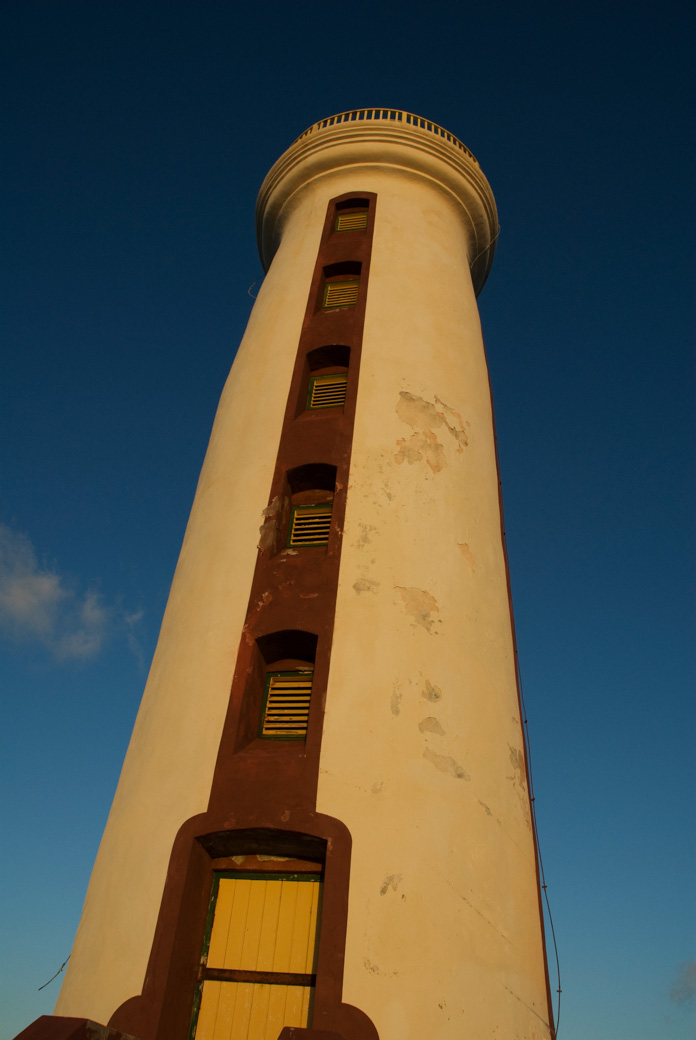 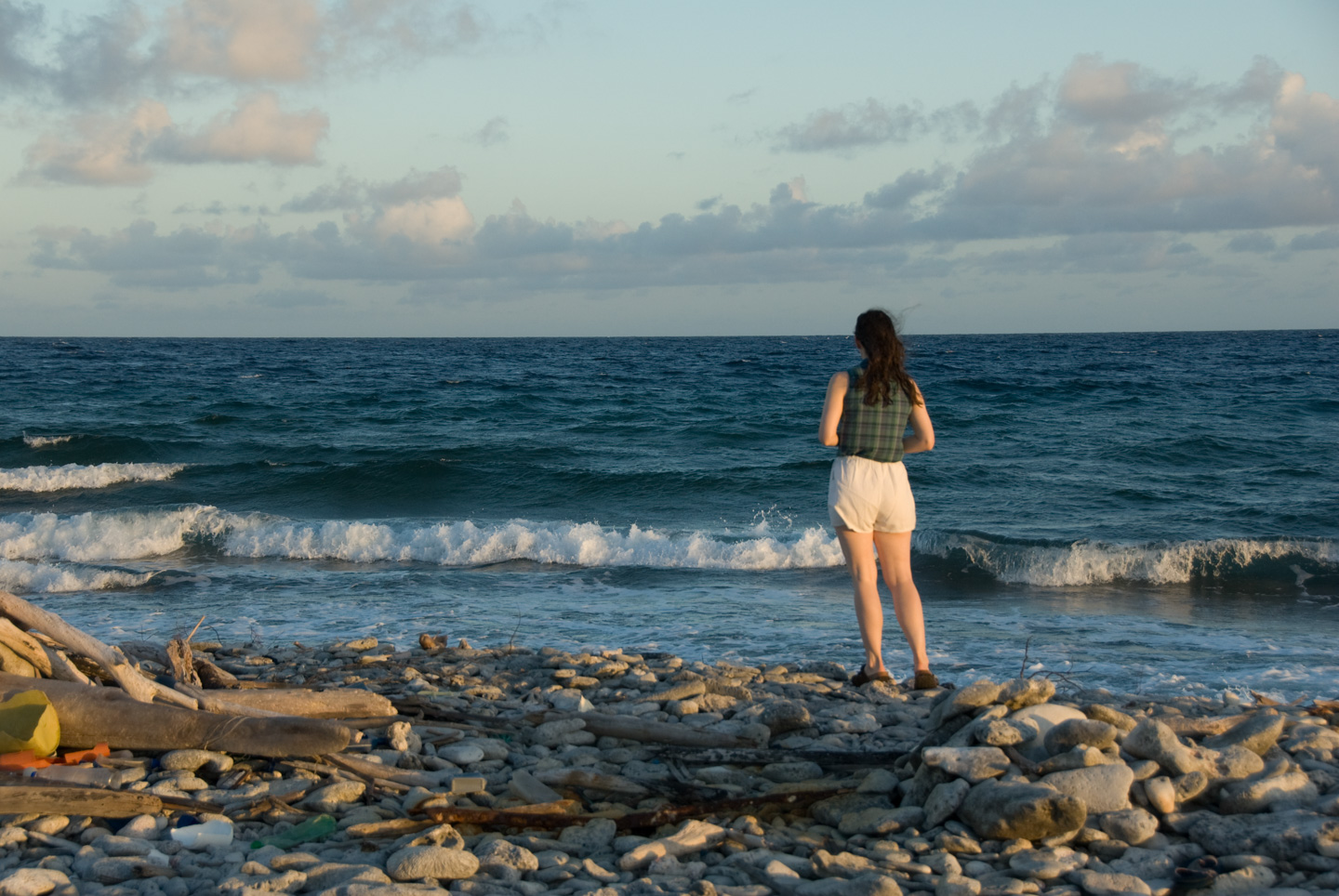 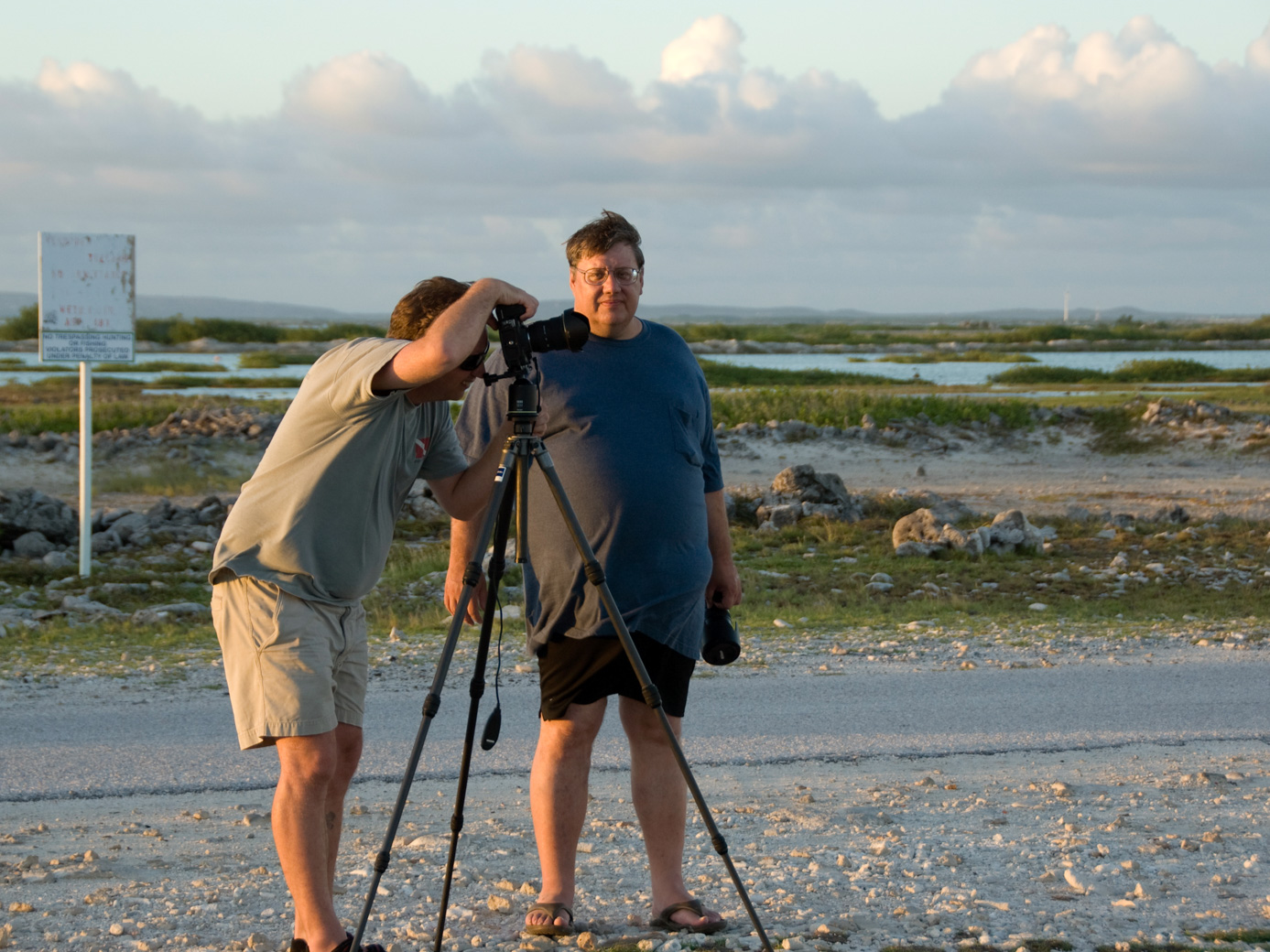 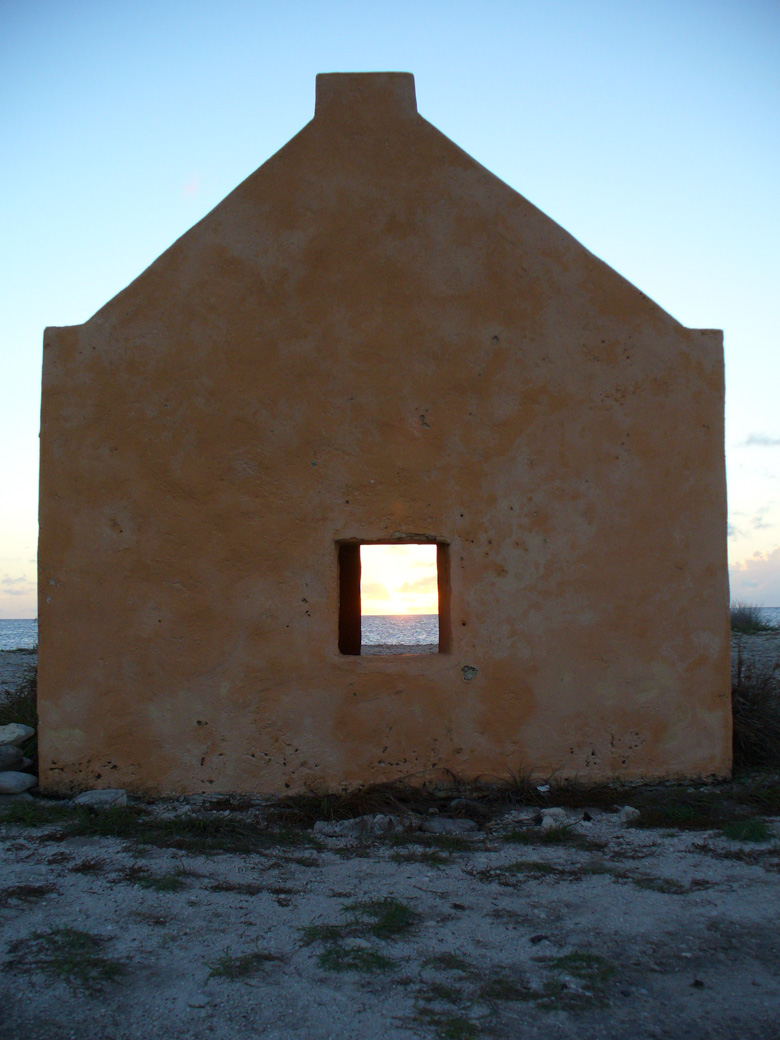 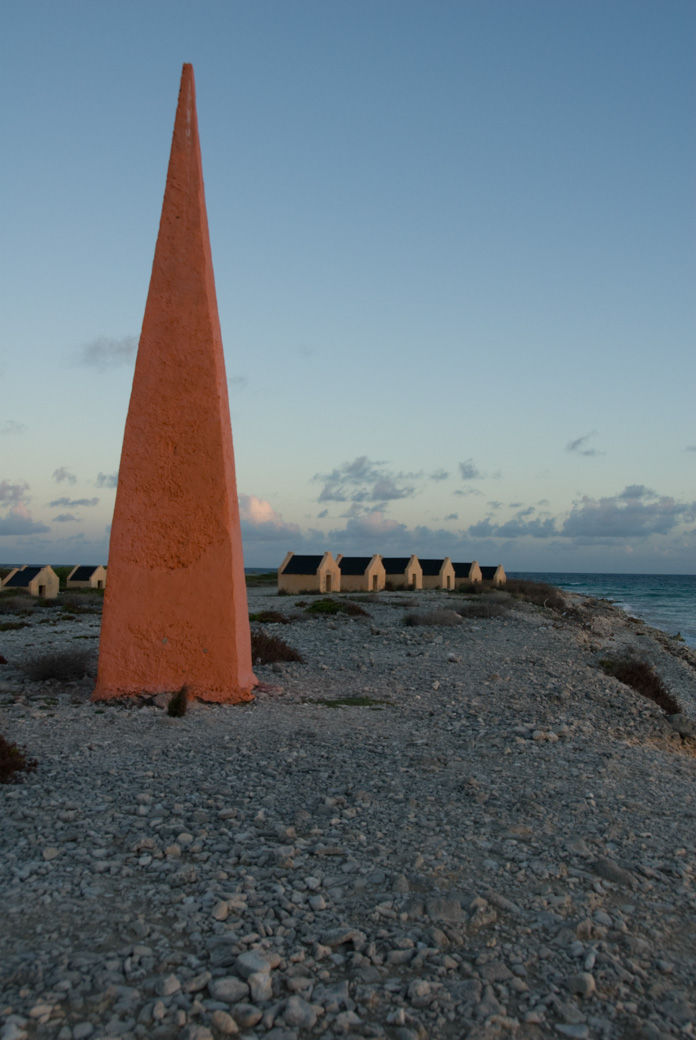 The following day Paul and I went to the North portion of the island. Here is a picture of Paul on a stand that normally has a ladder on it going in to the water. We don't know if the ladder was washed away or was removed. The platform doesn't have any damage, so we think they might have removed it when the storm hit. (Everyone on the island said that they had minimal warning; the forecasts were not showing the storm to affect the island.) 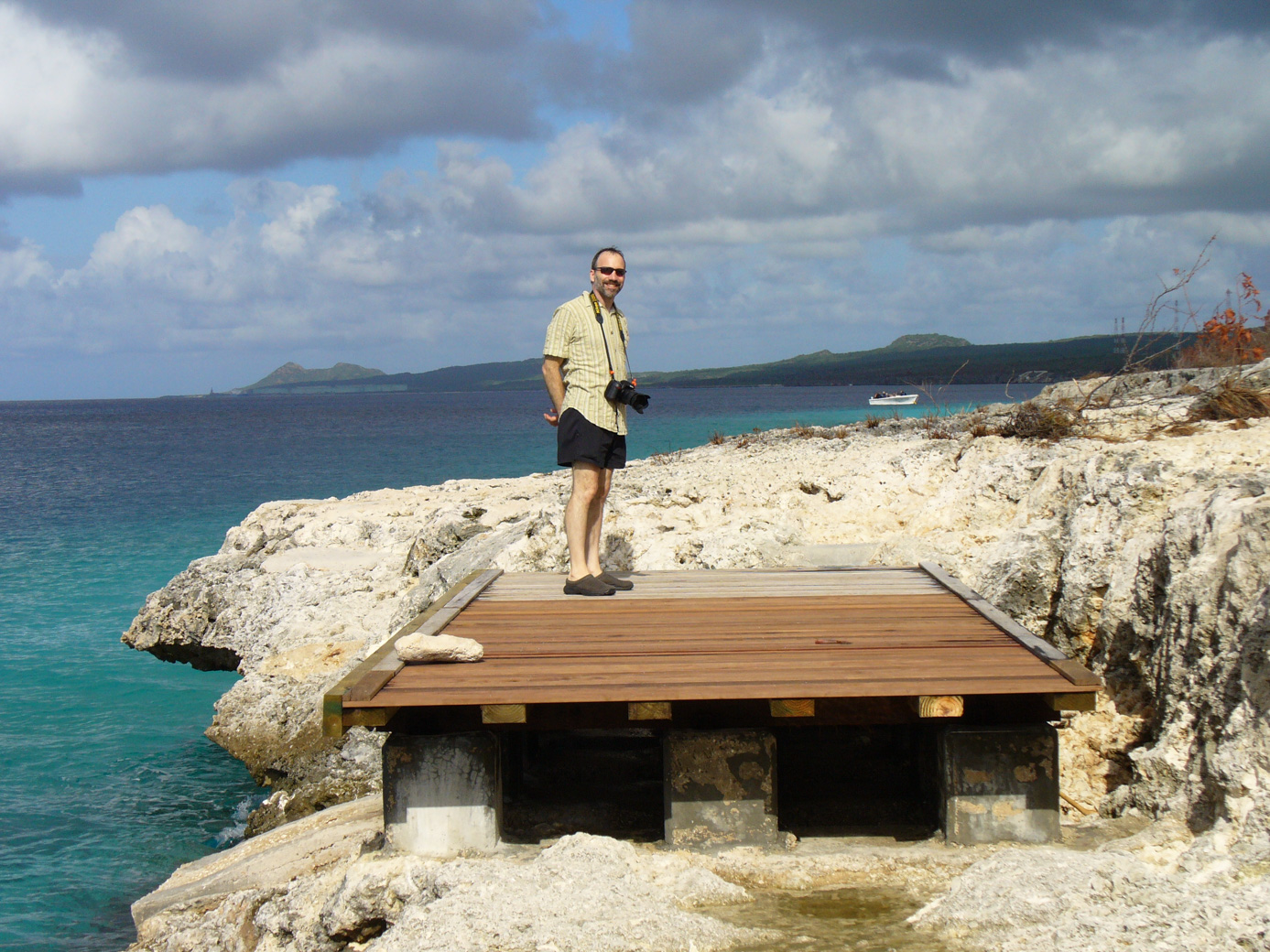 Moving up the coastal road, we stopped at another dive site. The 1st picture is from 2003. Note the large platform at the end of the path, and the huge step off of it to the 'beach' surface. (Yeah, that's a typical Bonaire beach.) The 2nd picture is from this year. Different angle; sorry. But notice that the entire platform is covered up now. And definitely no large step at the end! Oh, and the next fashion plate image is me showing off my standard Bonaire outfit. 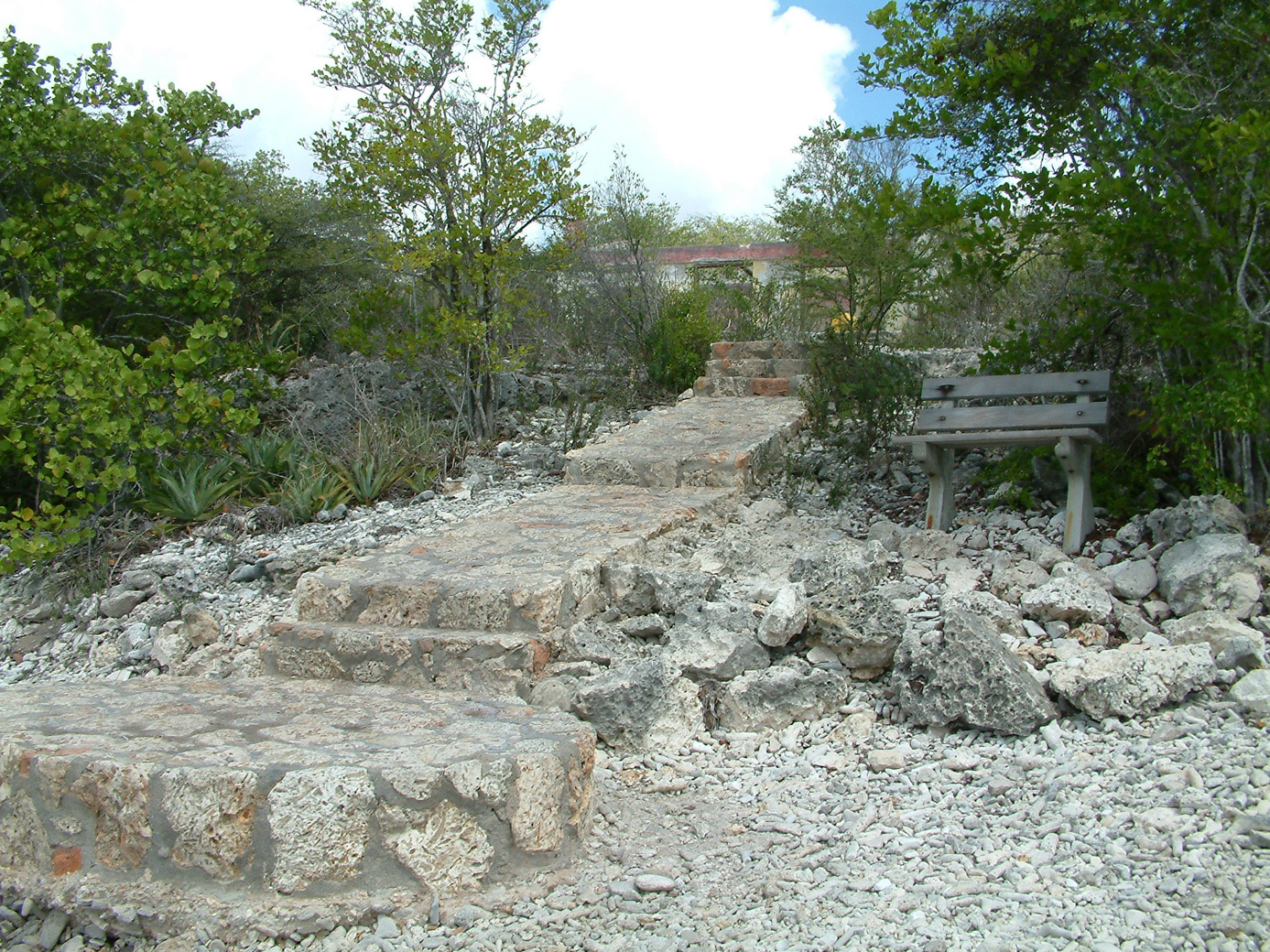 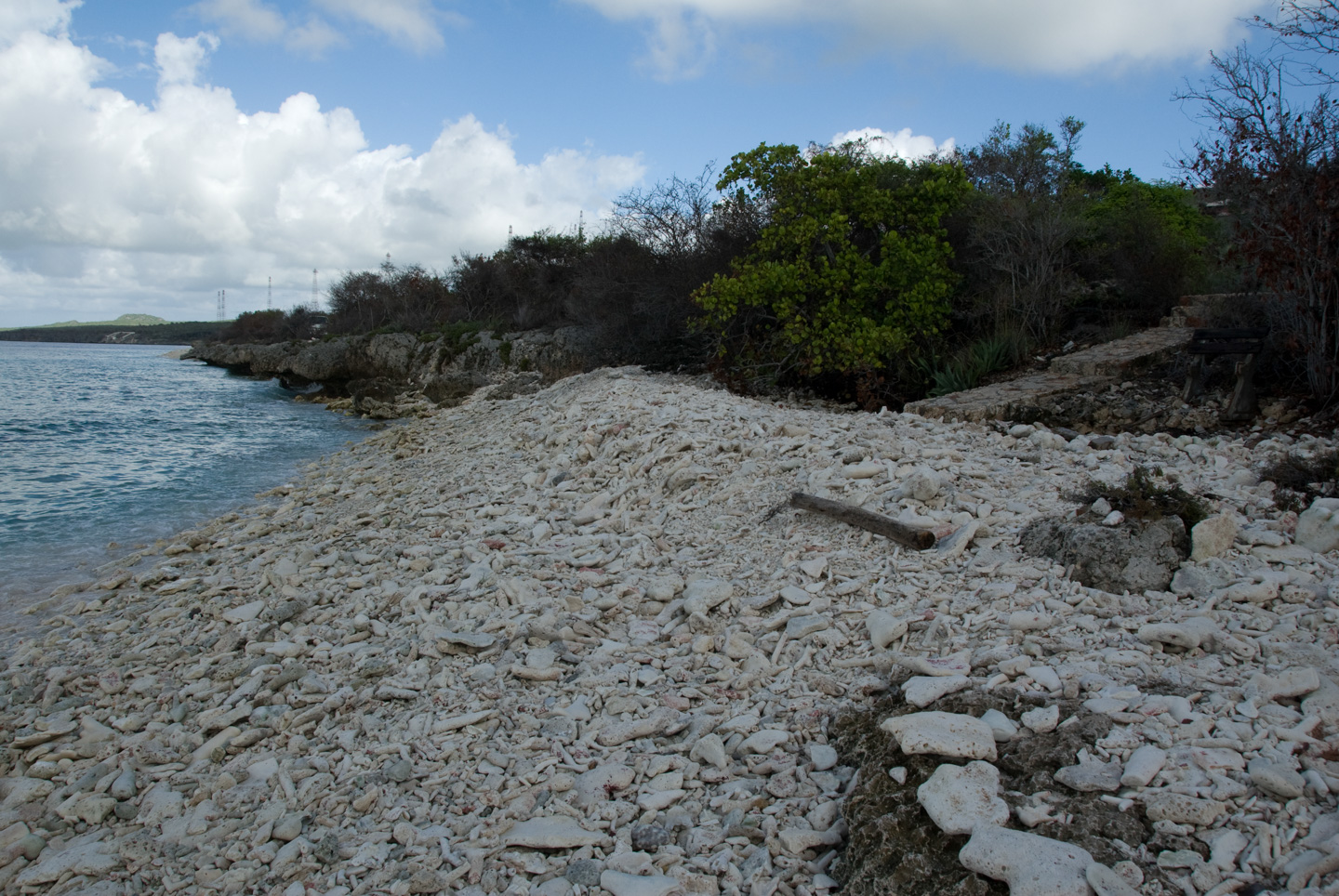 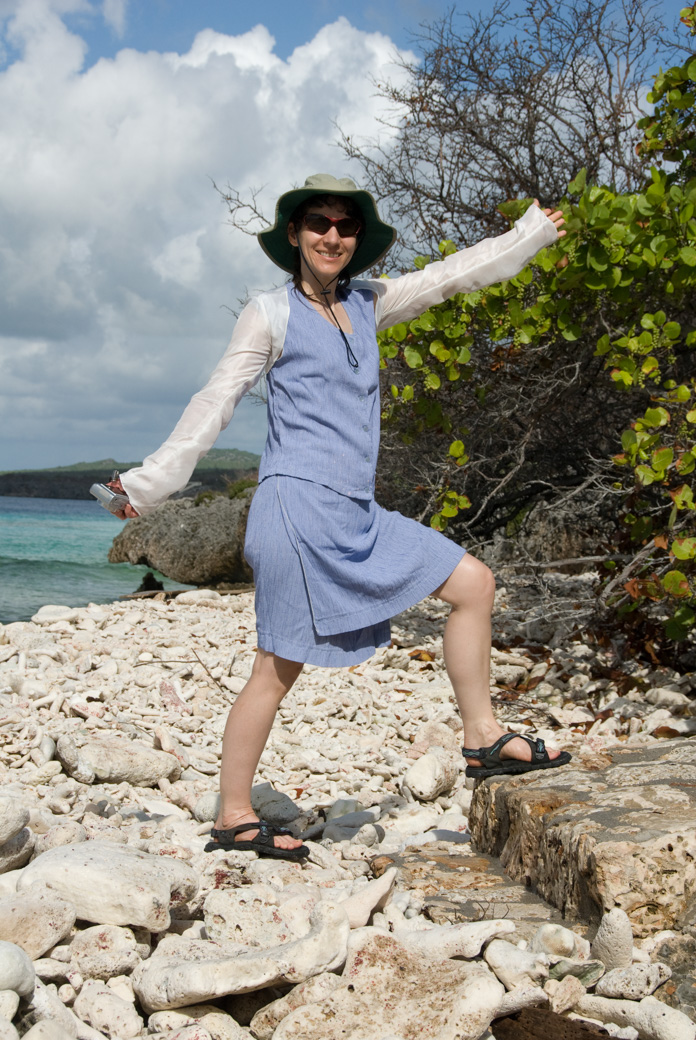 These next two pictures are a comparison of a cactus that I like. It is at the top of a cliff that goes down to the dive site 1000 Steps. The 1st picture is from two years ago, & the 2nd picture is from this year, so you can see how it grew. 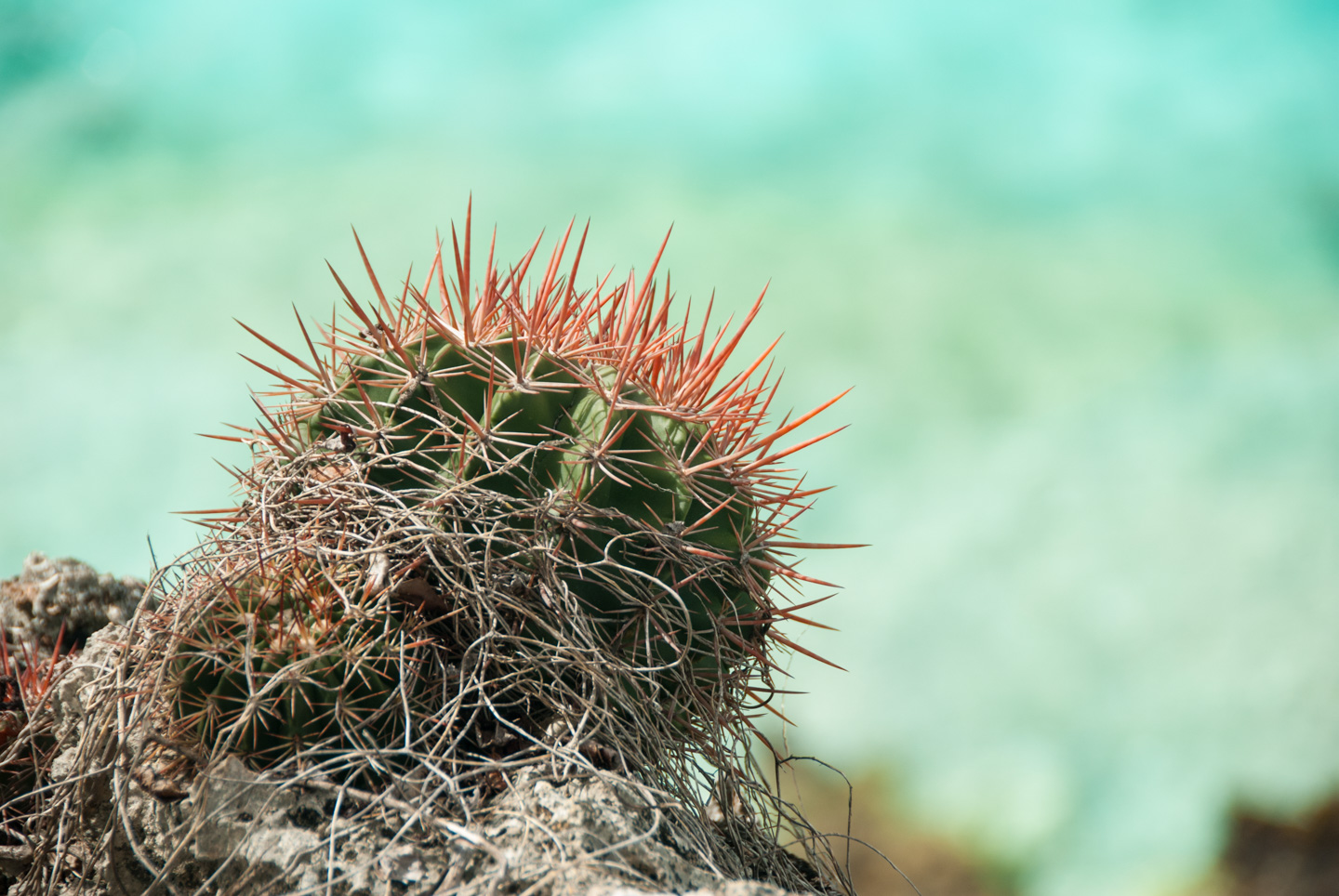 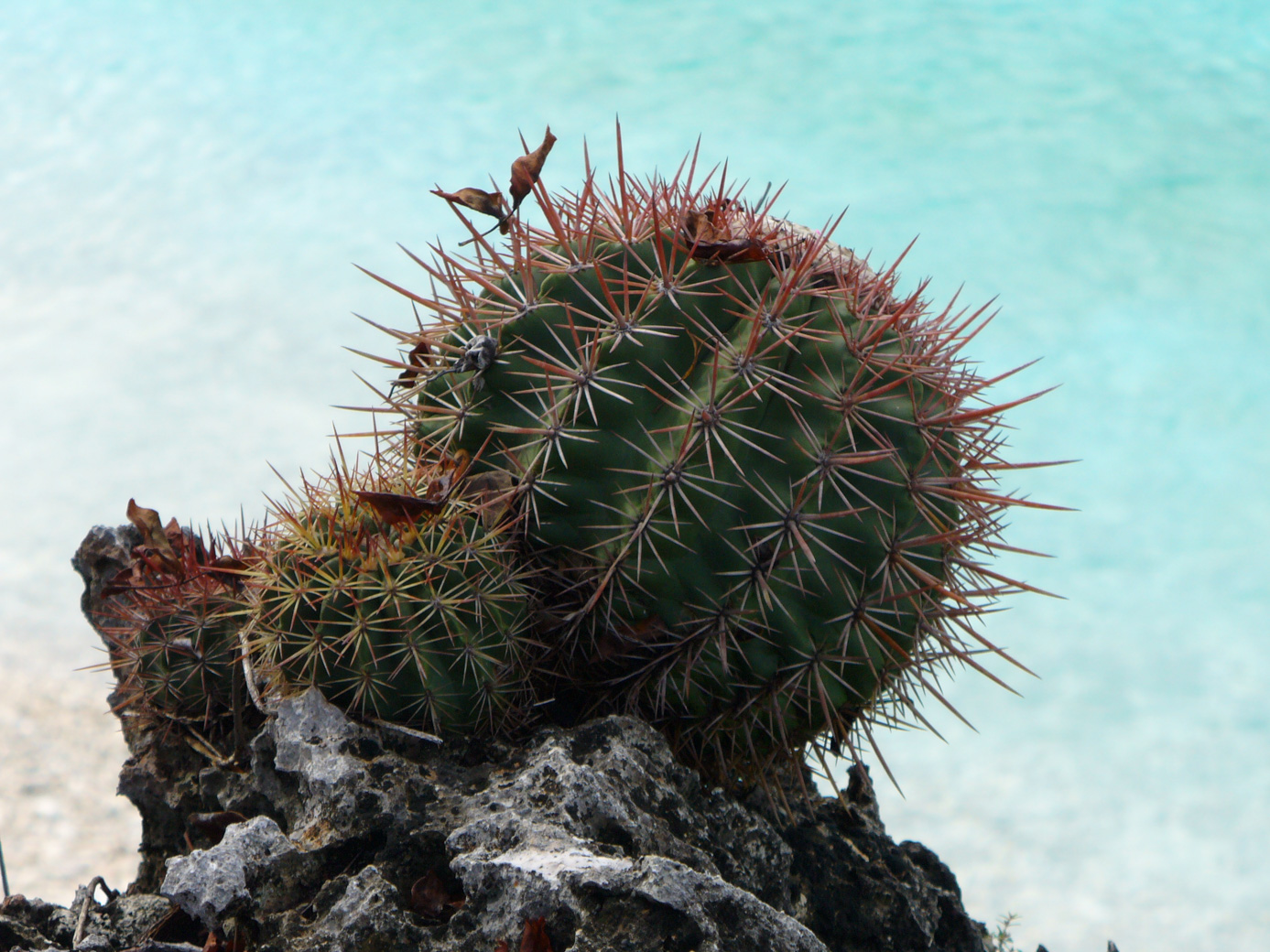 One more set of comparison pictures for now. 1st is 2003. Notice right next to the divers in this picture that there is a barren looking bush. The 2nd picture has that barren bush in the foreground on the right of the picture, so that gives you a reference point to compare the two pictures. That lower level beach is entirely gone. The top level had been a layer of loose sand over hard-pack; the loose part is now gone. 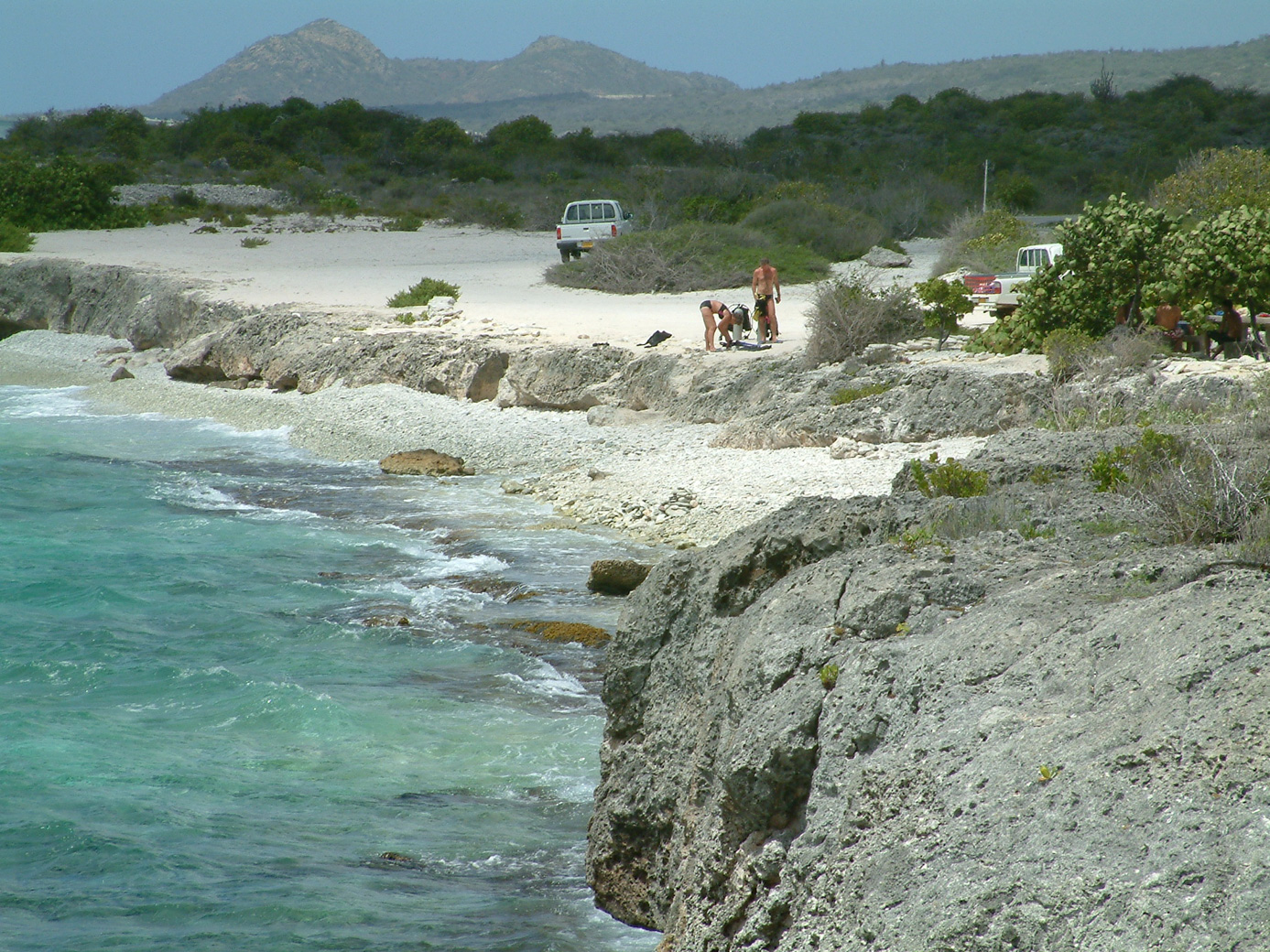 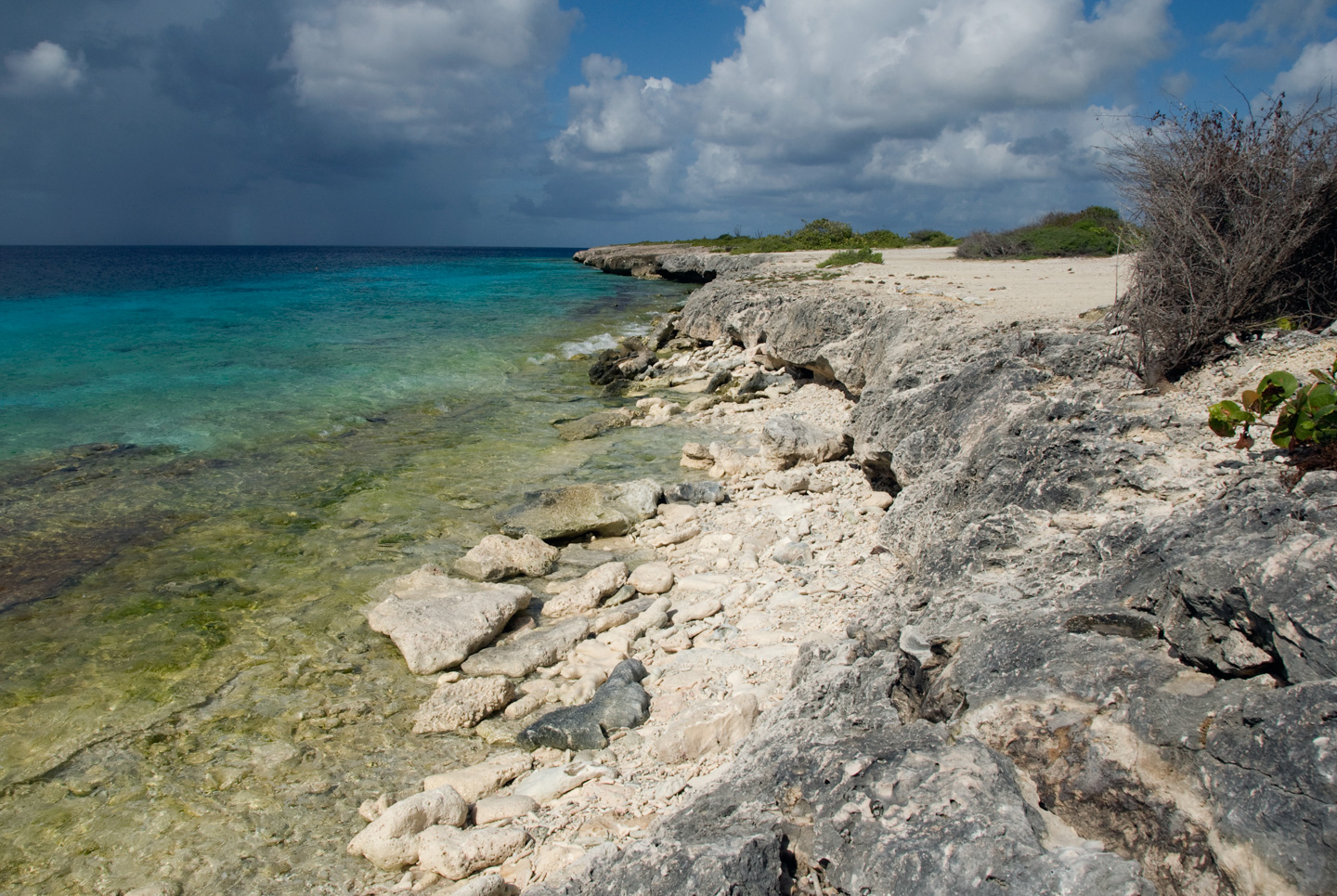 We then drove along Gotomeer, which is a sanctuary for Flamingos. I think this 1st little picture is a good example of life growing anywhere it can. And the 2nd picture is of Paul after taking some pictures of the shallow water. You could actually see the flamingo footprints at the bottom of the lake! Paul got some really good pictures of flamingo; the 4th picture is an example. 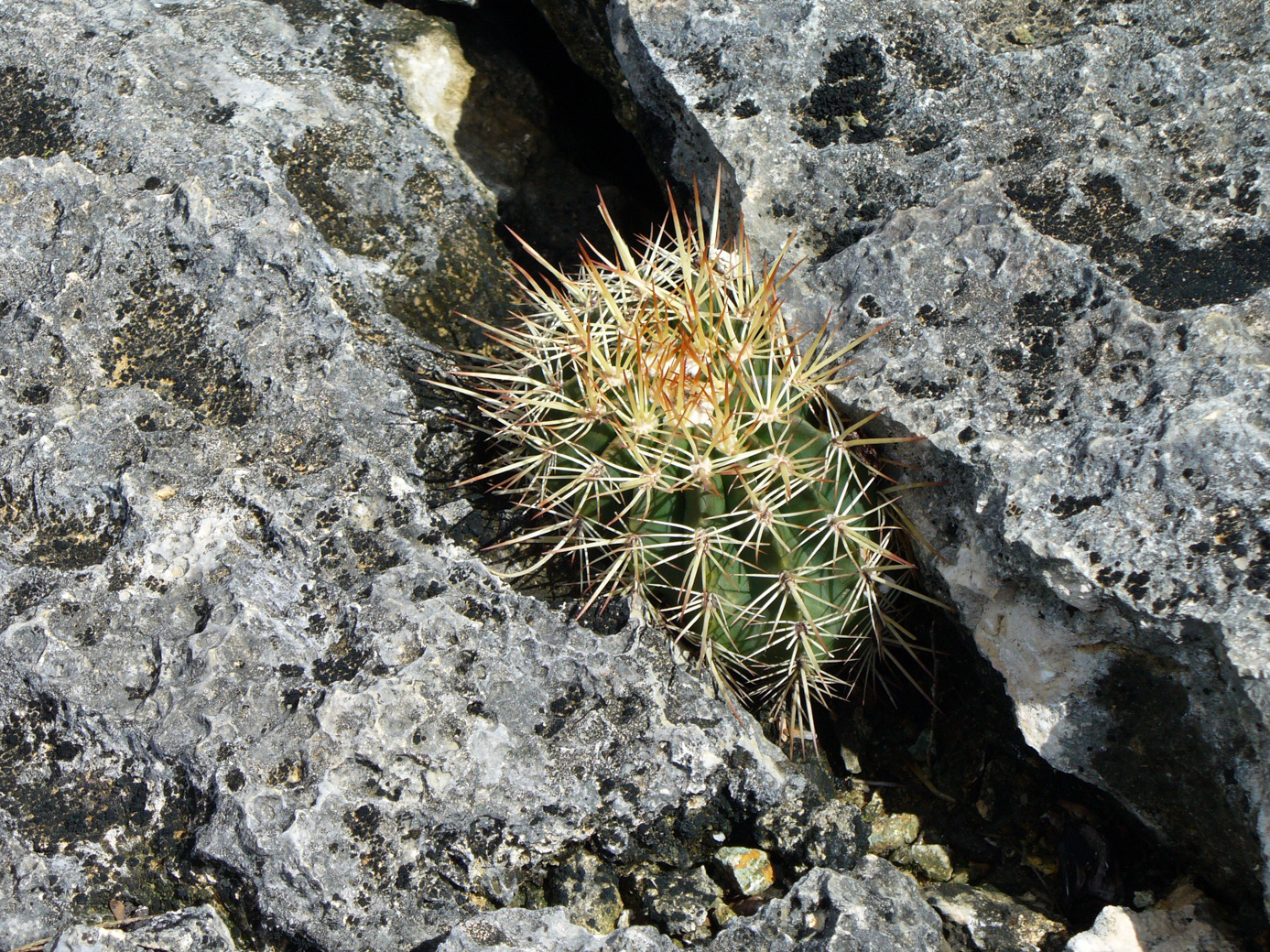 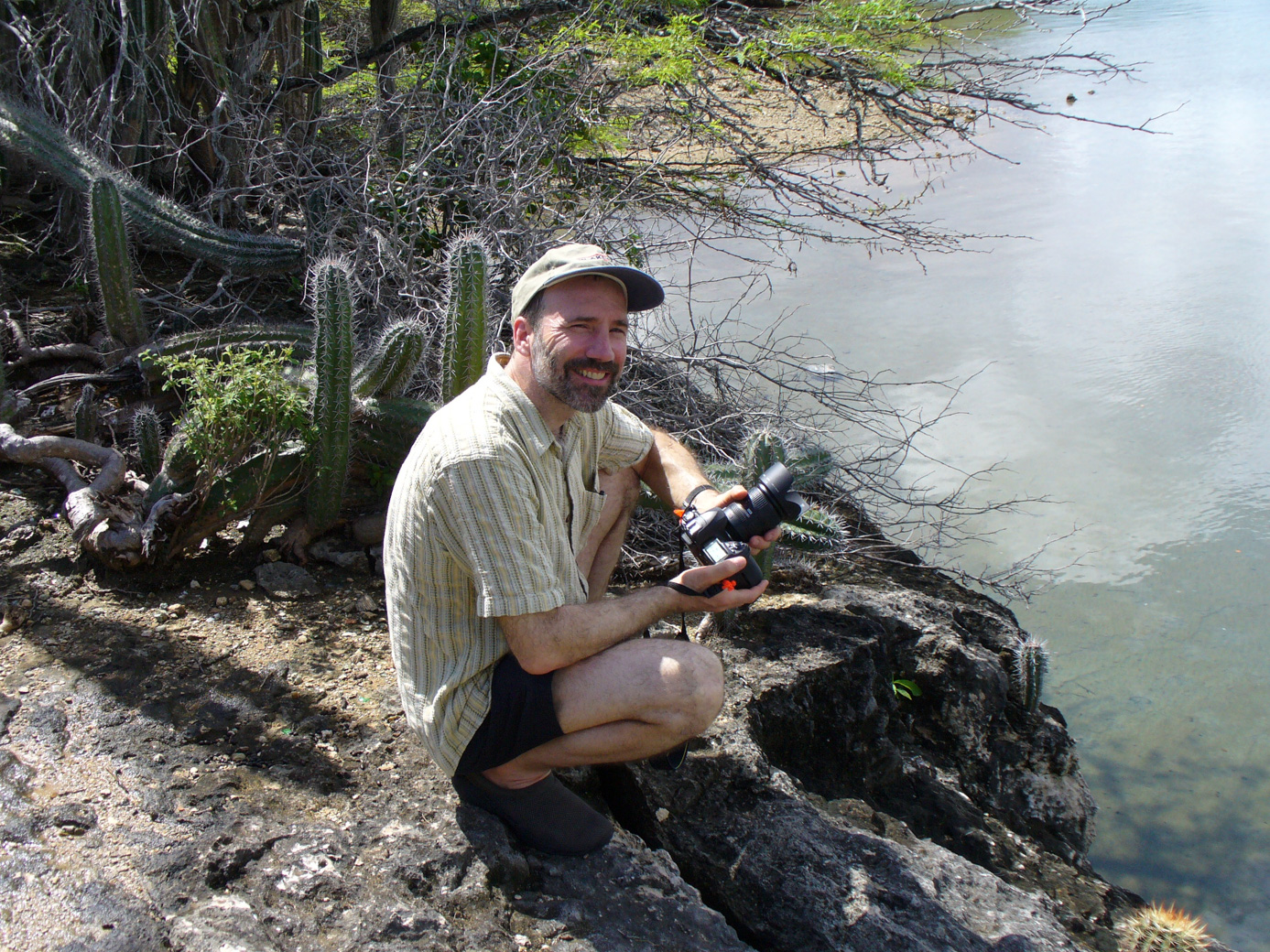 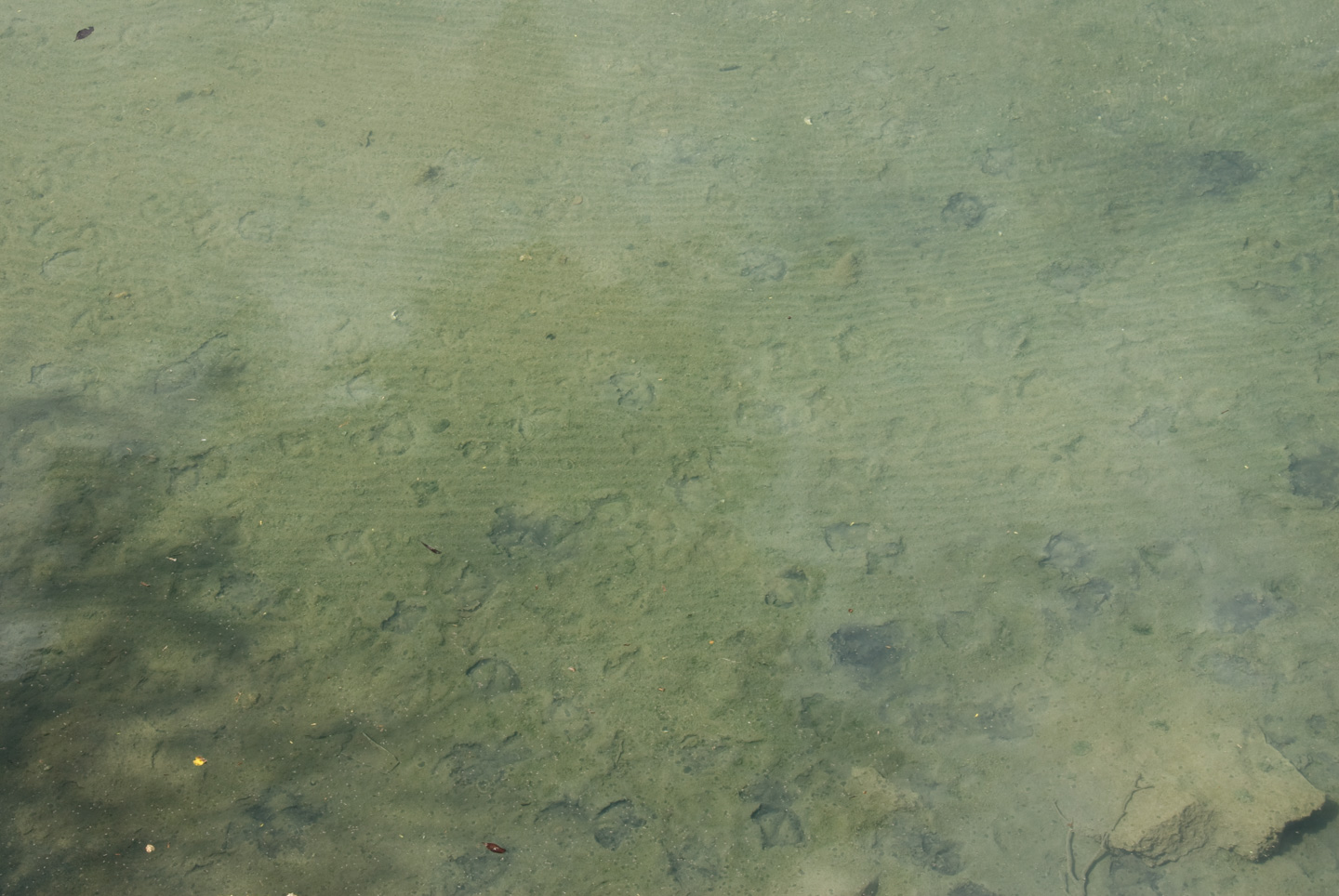 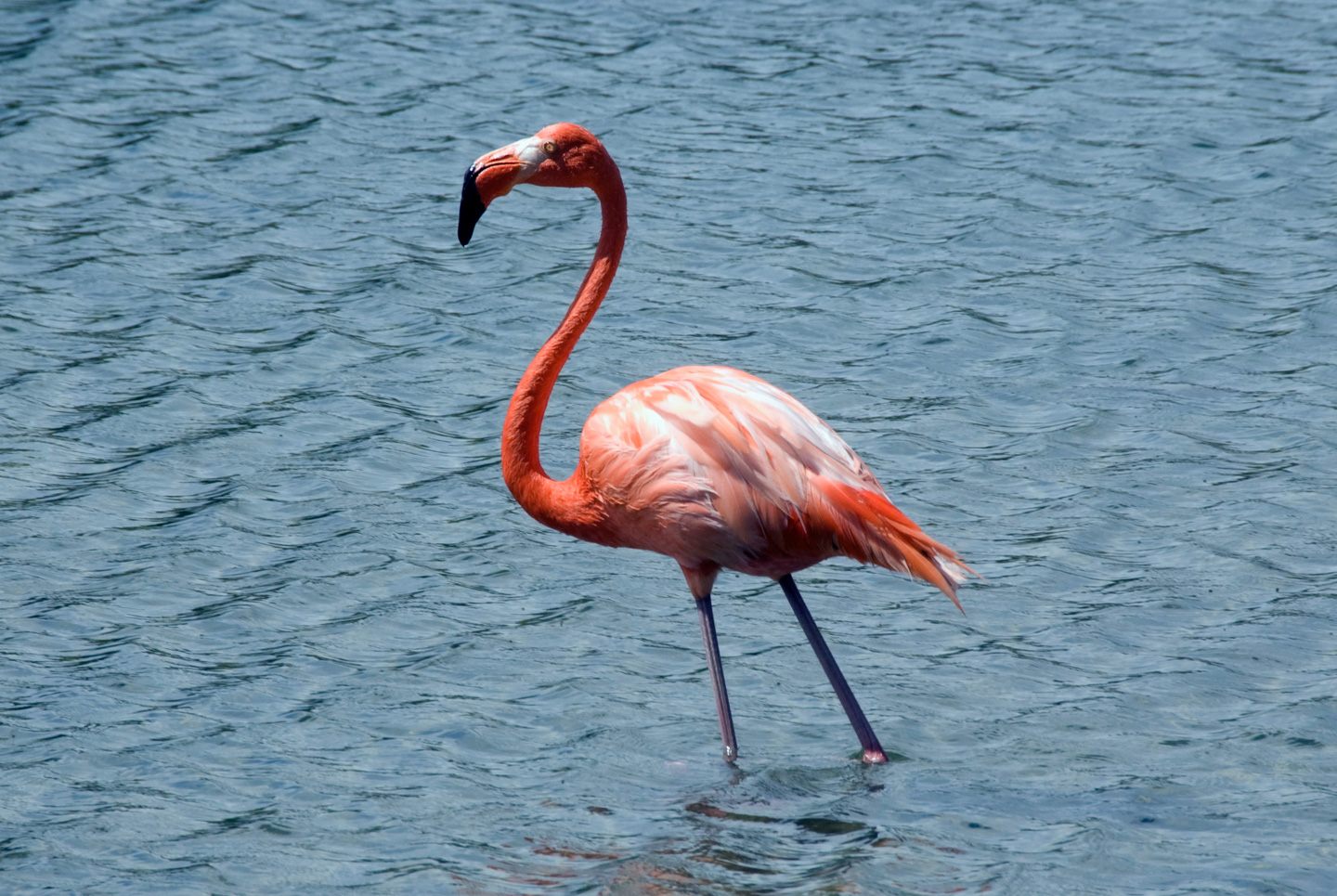