In September (2011) we took a camping vacation. We were able to stay at Dolly Copp Campground. The main access road had been washed out by the heavy rains from Hurricane Irene. Fortunately, we found out from the ranger station the morning we left that it was now open. So on Monday we drove up to Bethel Maine and to Gibson Apple Orchard for some Macoun apples. Then we went back to New Hampshire and set up our campsite.

Our campsite & it's view: 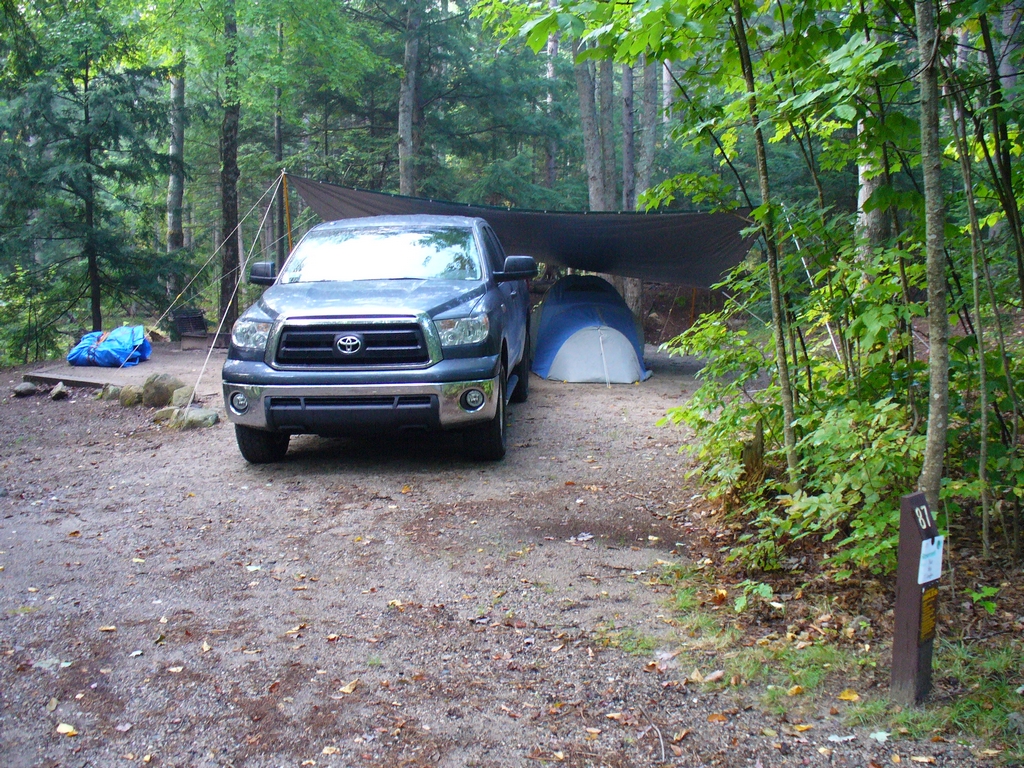 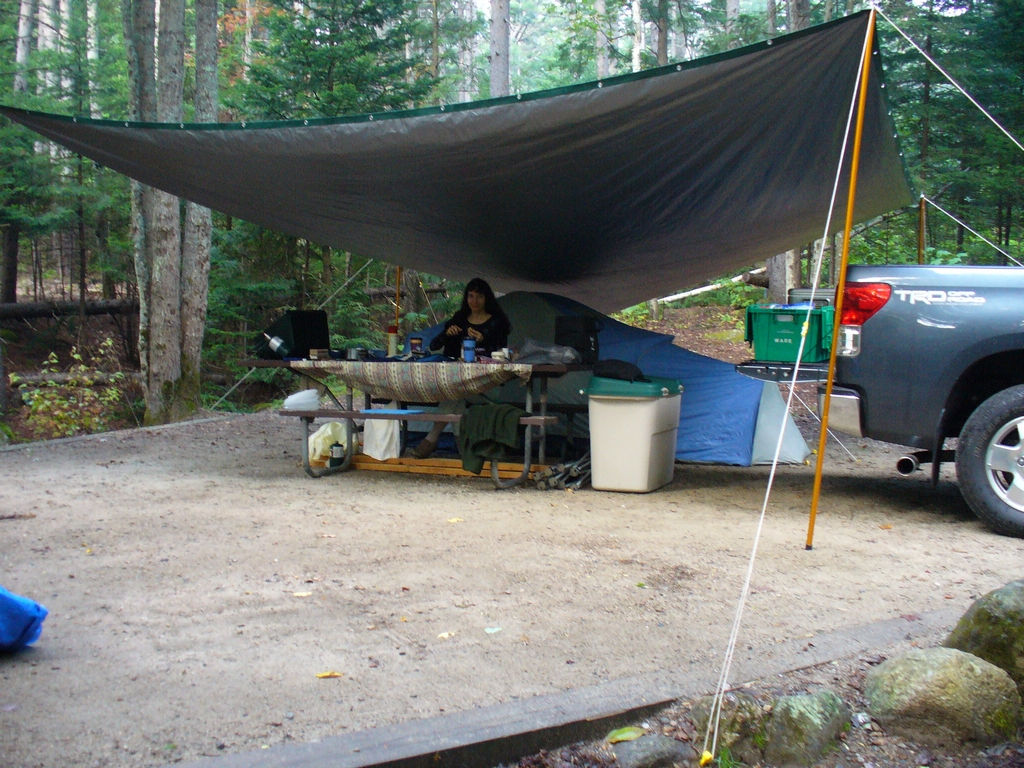 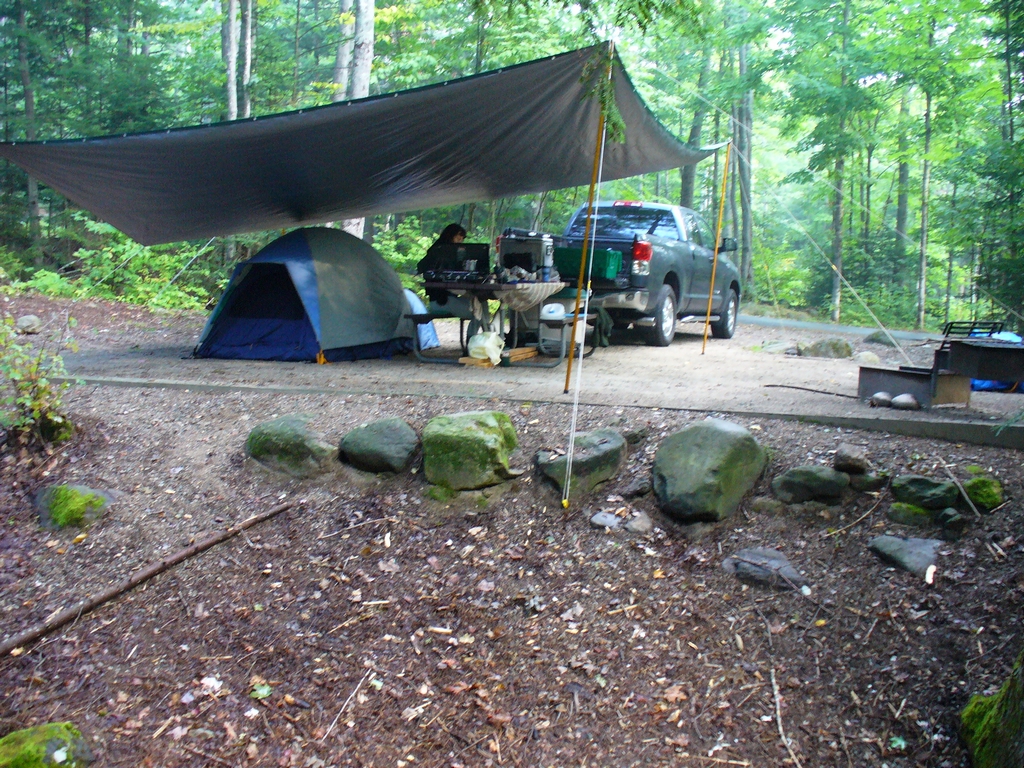 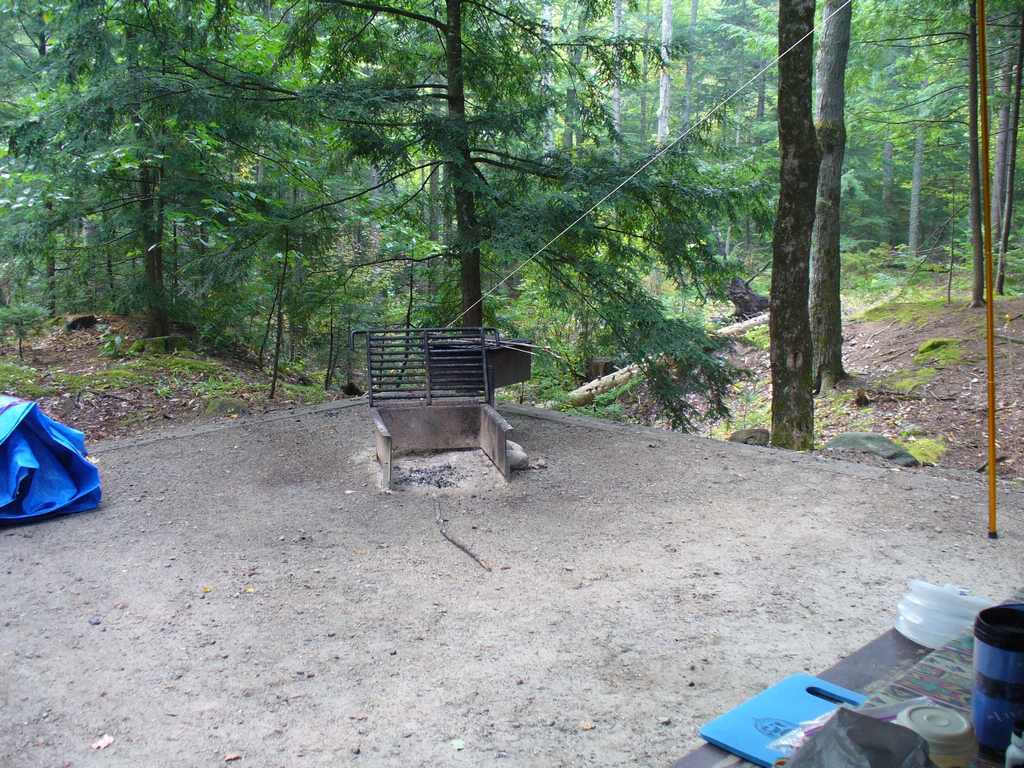 Tuesday was our big hike: Mount Adams. (Another Mount Adams webpage) We followed the Airline trail, which has excellent views and is a really nice hike in good weather, which we had. The trail starts out in a very nice woods, following a ridge up to the alpine zone. Once we reached the alpine zone we decided to put on our jackets. The wind was not particularly strong but enough to steal your heat since the temperature was probably in the 50s. The steep ravine going down on the right is Kings Ravine; there is a hiking trail that goes up the valley and then climbs up that steep wall. Our path from here went along the ridge that is on the left of this next picture. The peak to the right is actually Mount Adams; the one on the left is a sub-peak called John Quincy Adams which our trail skirted on it's way to Mount Adams. 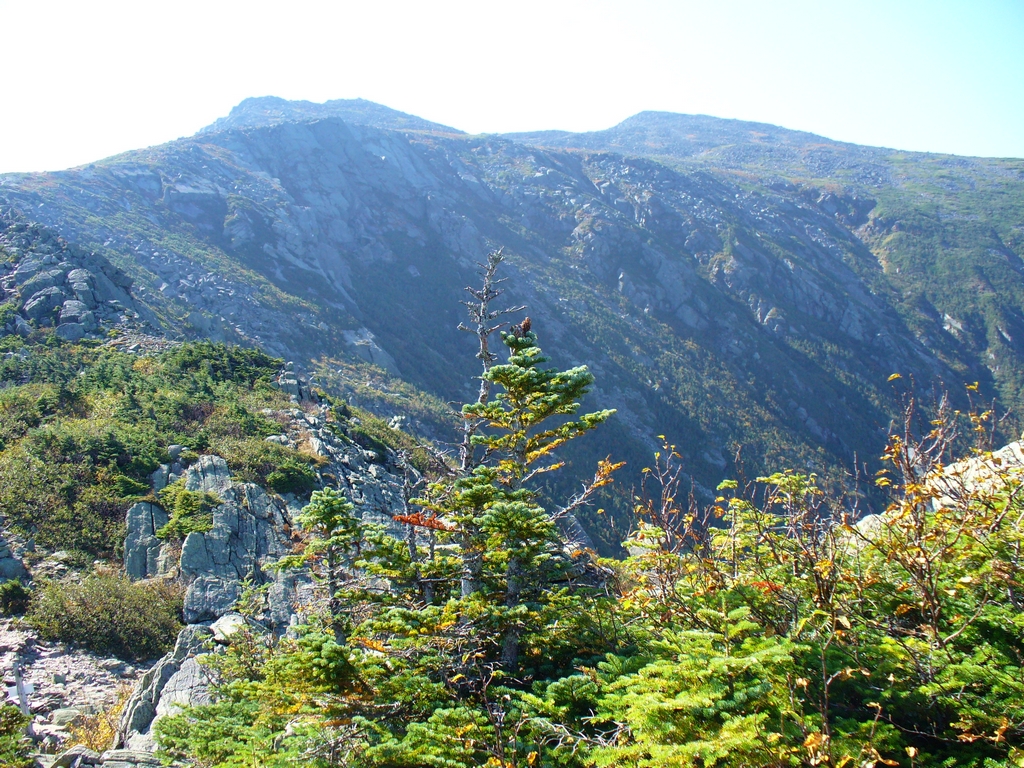 Notice the dragonfly above my head. (Side story: later in the hike we saw a helicopter going by below us. That was rather interesting.) 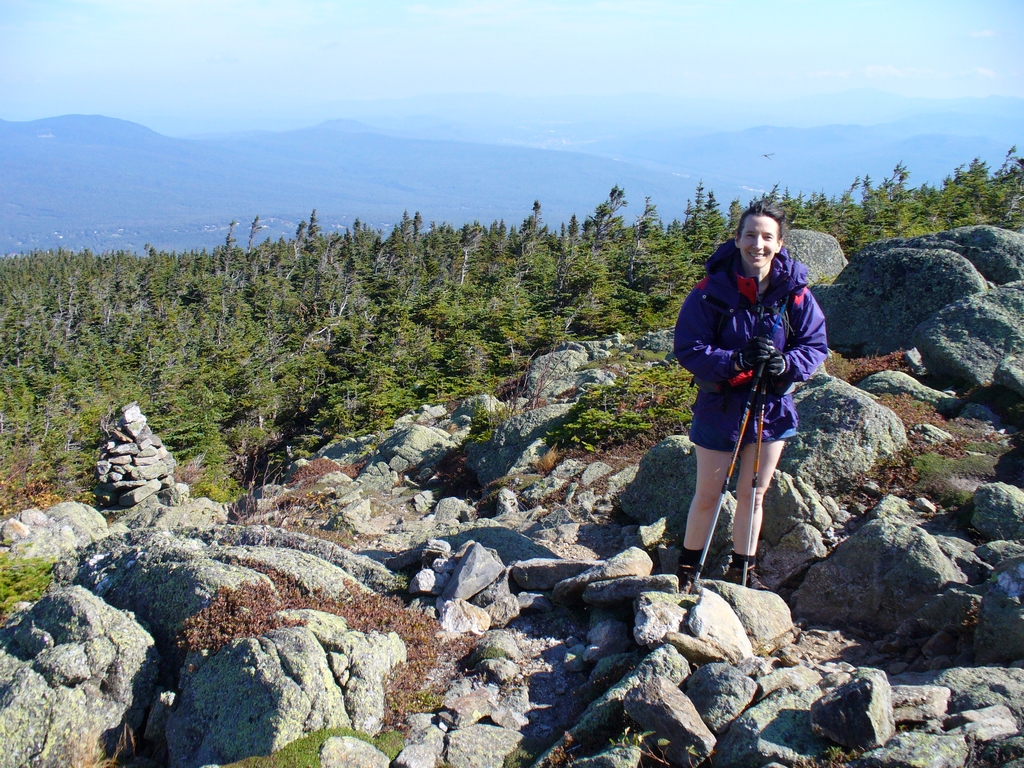 The path follows a "knife's edge" along the ridge, although it is much wider than the one at Katahdin. 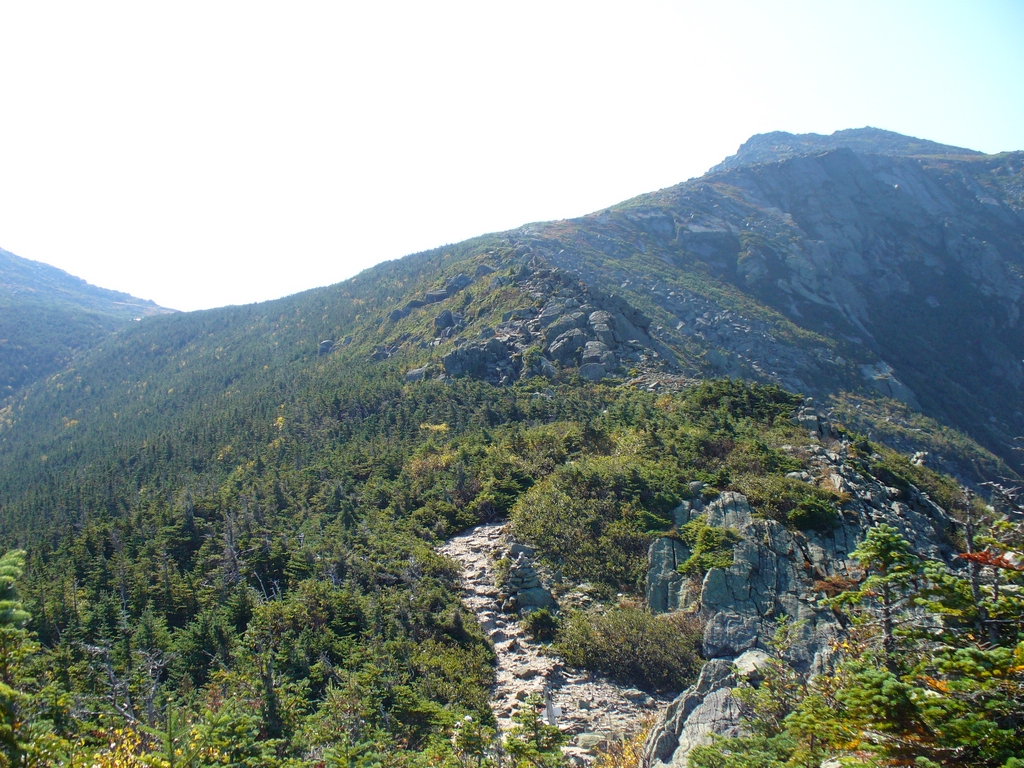 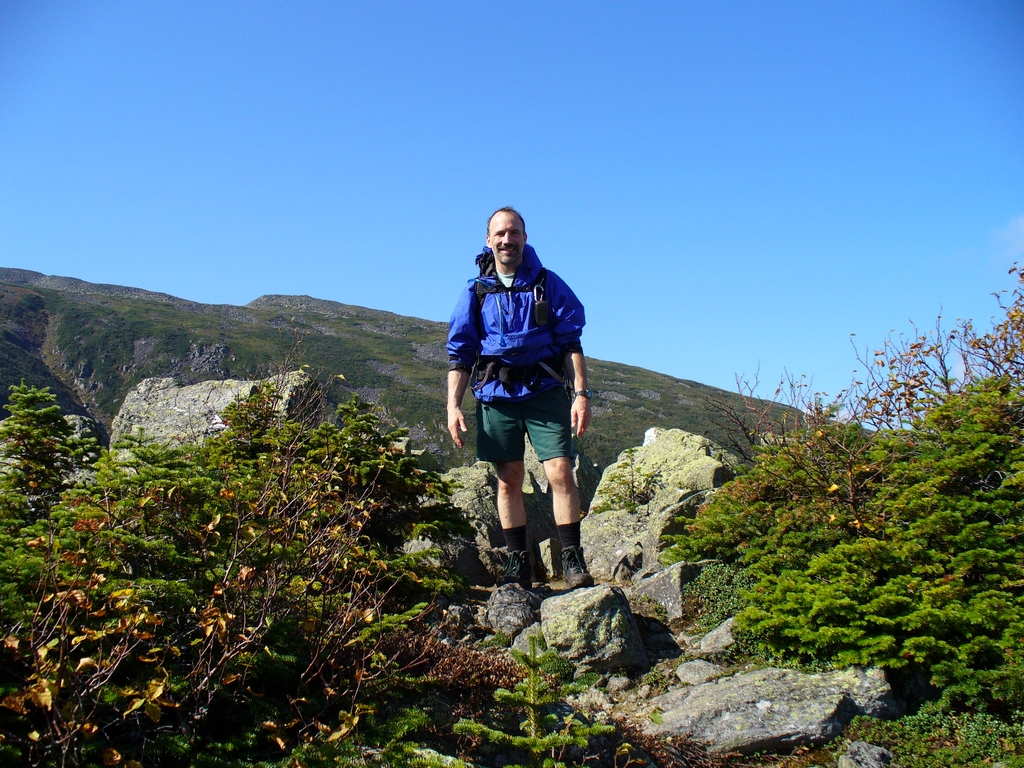 me, a bit tired by this point: 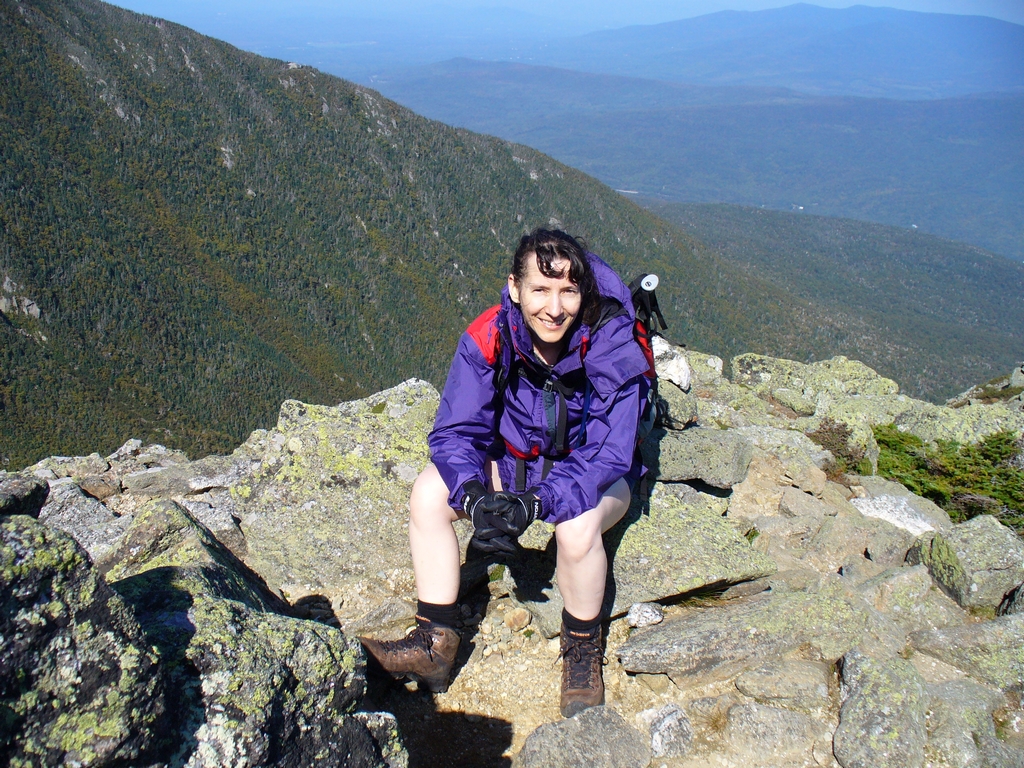 The road in this picture is going towards Gorham (Northeast of the mountain), and goes over a 'steep' hill, 8% grade, that really does tax a car engine. They have a runaway truck breaking area at the bottom. What is interesting is how flat it looks from up on the mountain. (An alternative path, the Valley Way, goes up this ravine to the Madison Hut. It is a good alternative in weather that is less than ideal.) 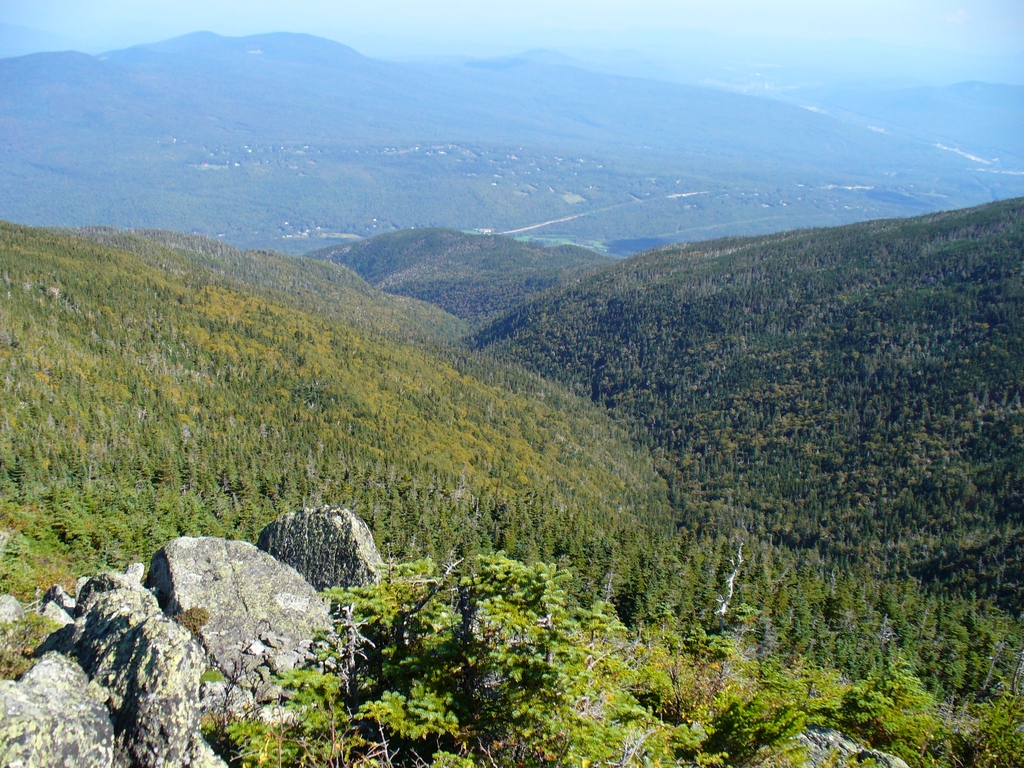 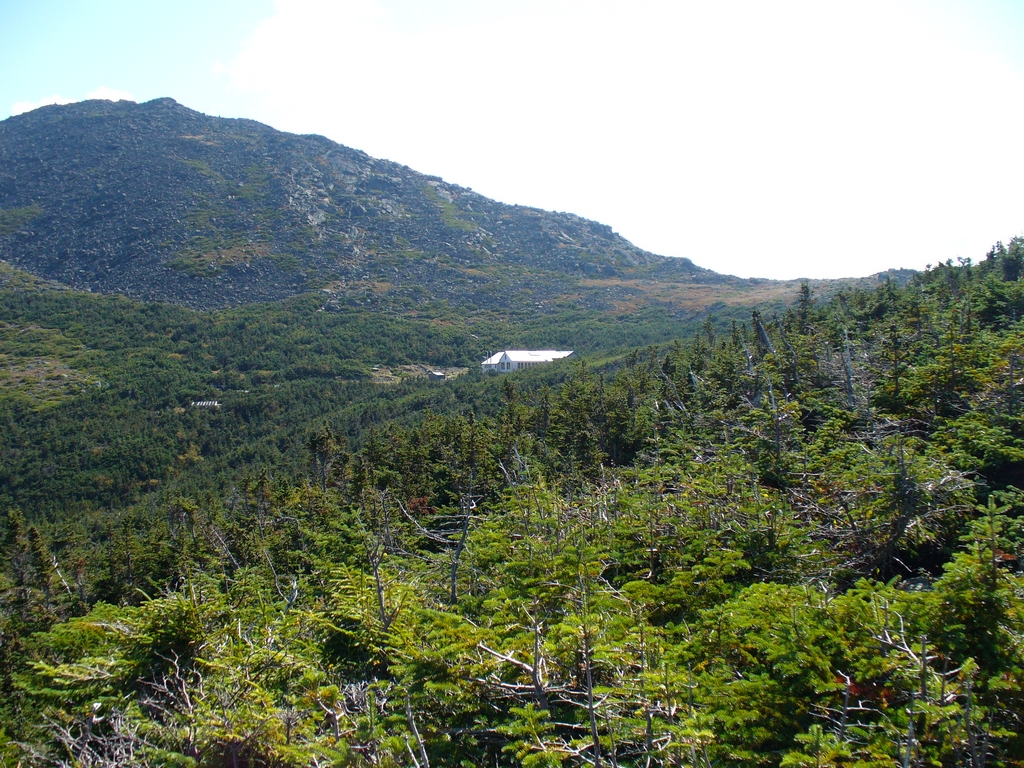 We arrived at the peak in very good time, 4 hours for the 4.3 mile 4500' elevation gain hike. Mind you, my legs were pretty tired by that point. This is actually the biggest day-hike vertical ascent in the Northeast, more so than even Mount Washington (which is 400' taller but it's trailheads start 600' higher in elevation). Here is a view of Mount Jefferson, then Mount Washington (notice the auto road), then Wildcat (notice the ski trails). 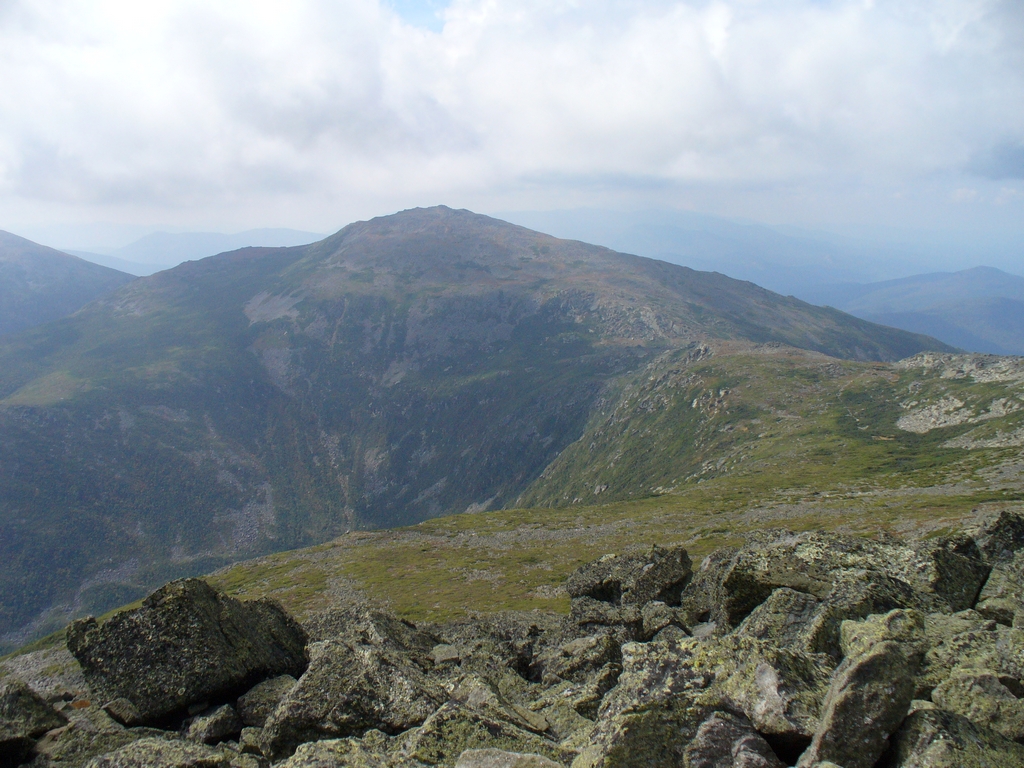 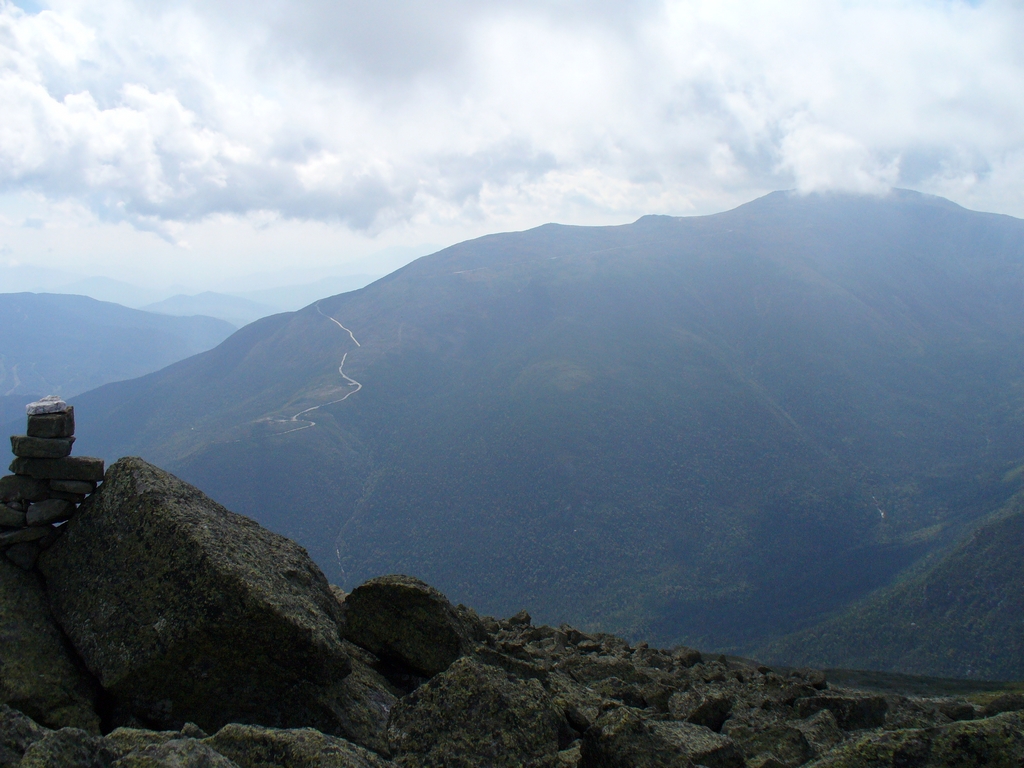 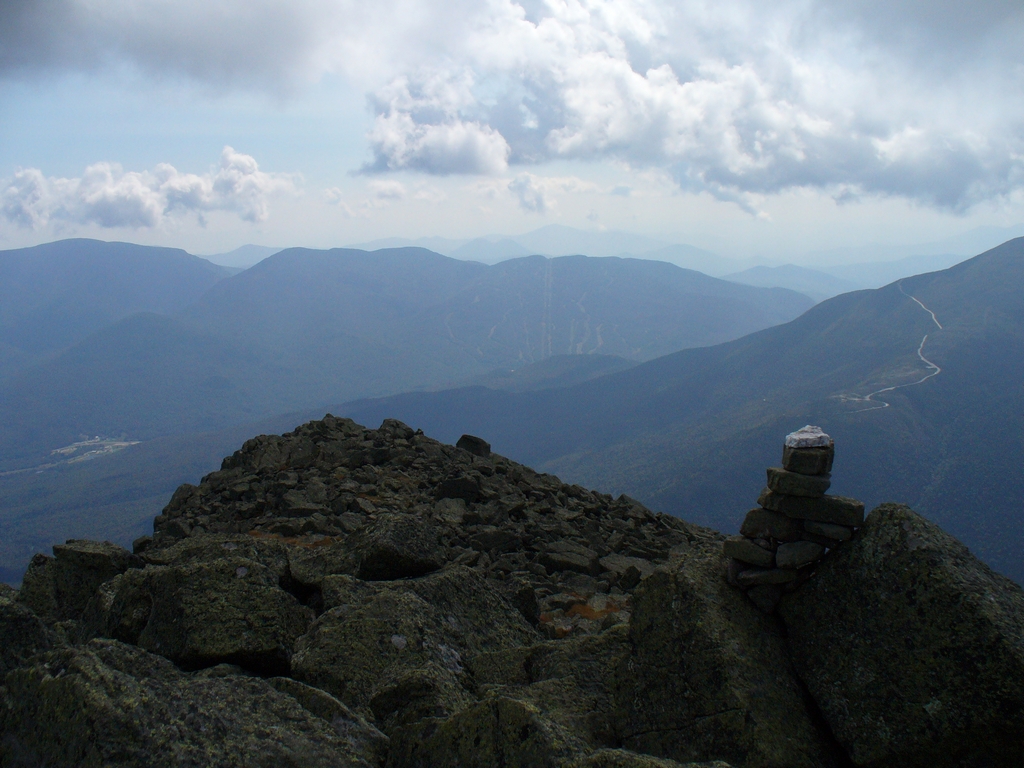 A nice look back down our trail. This top portion is more akin to rock-hopping than what you would think of as a trail: 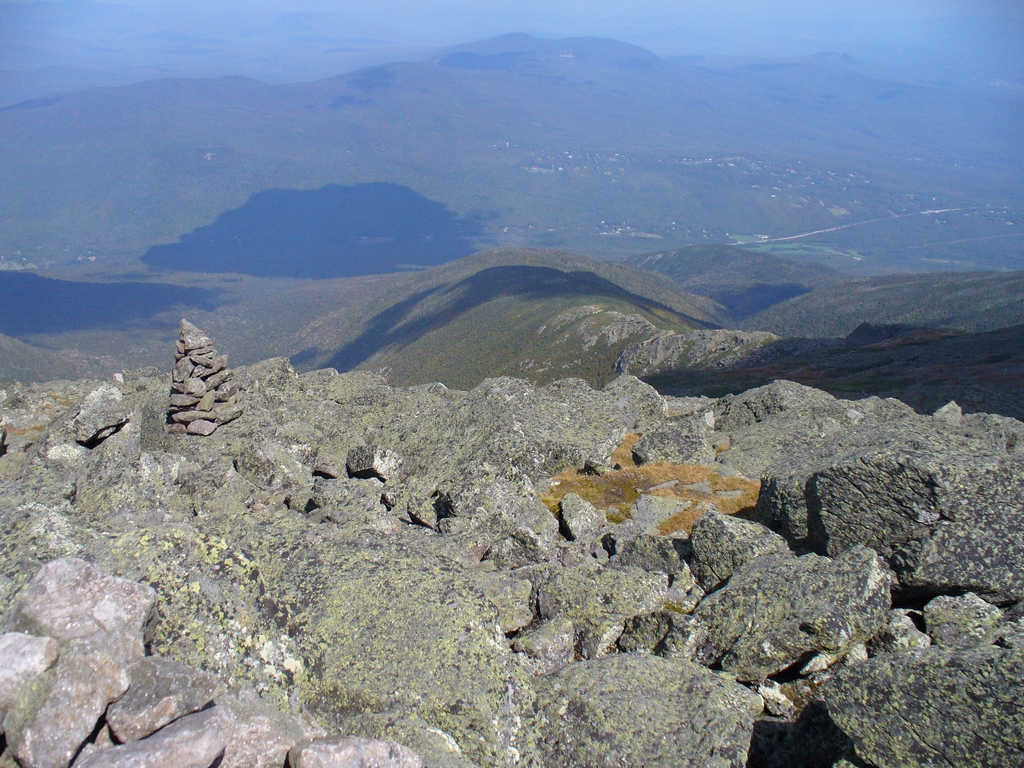 Here I am at the top. It was very nice, and the view is wonderful. We had lunch to the left of where I am sitting, where a large rock cut down the breeze. 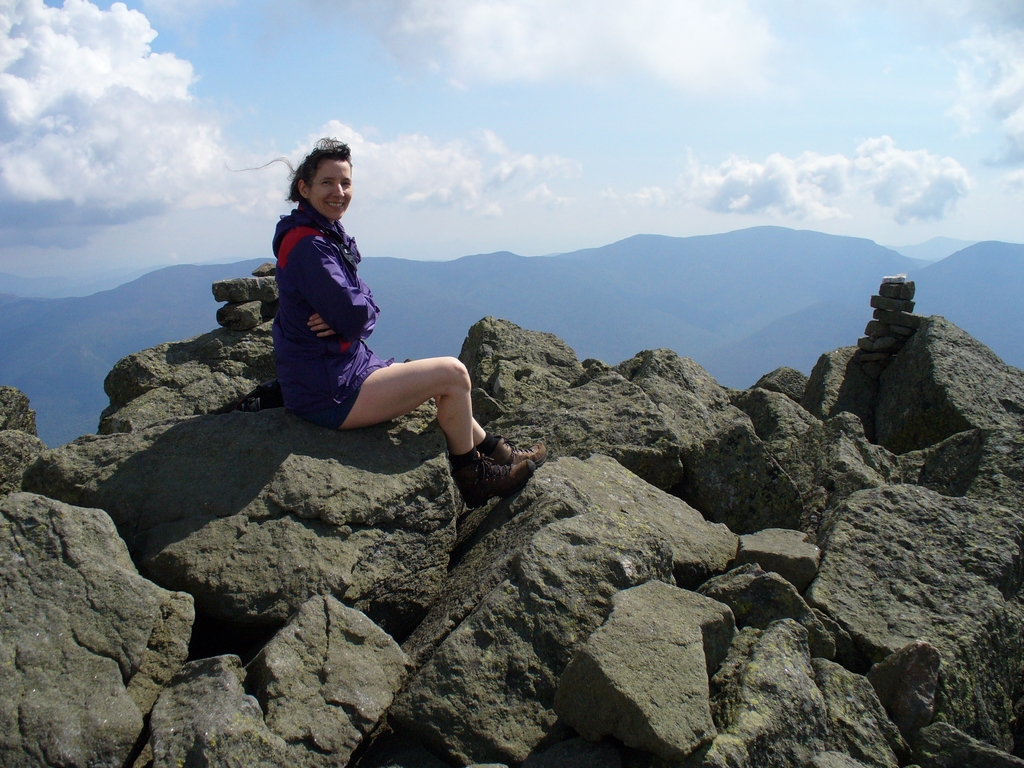 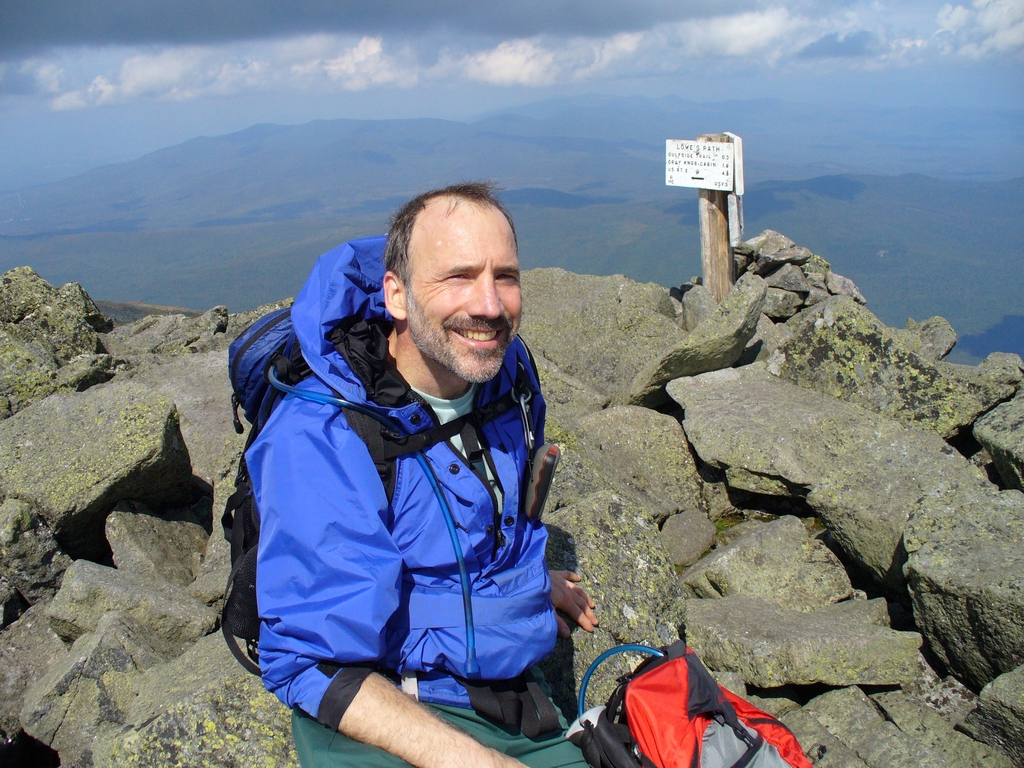 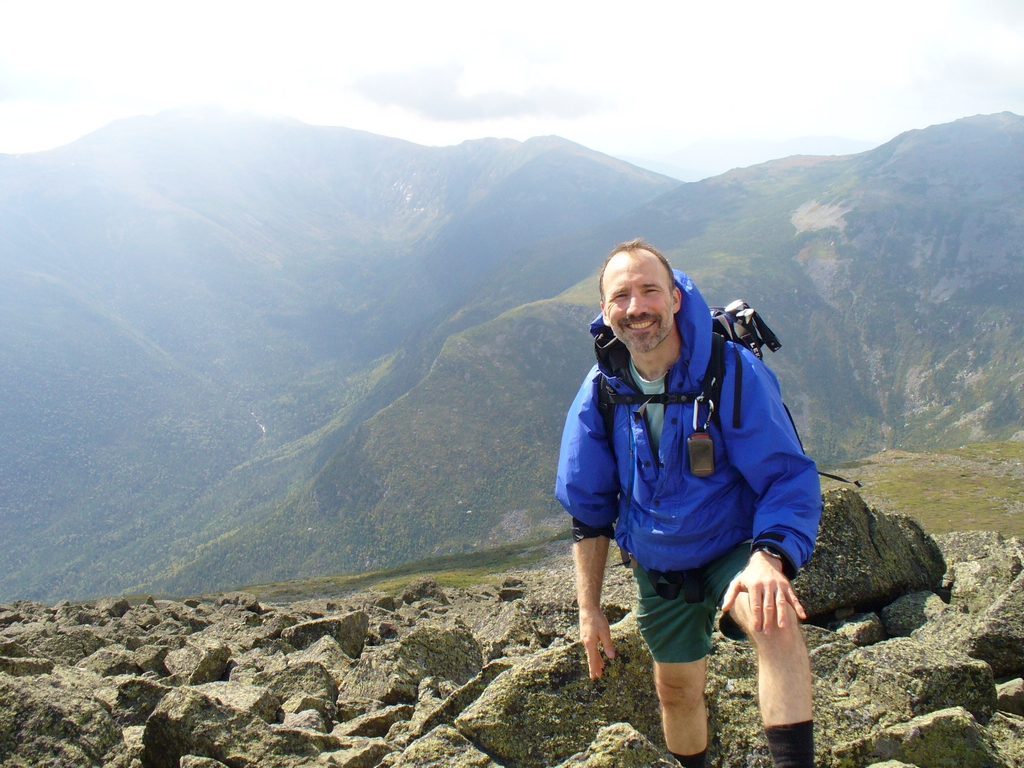 Starting back down after lunch: 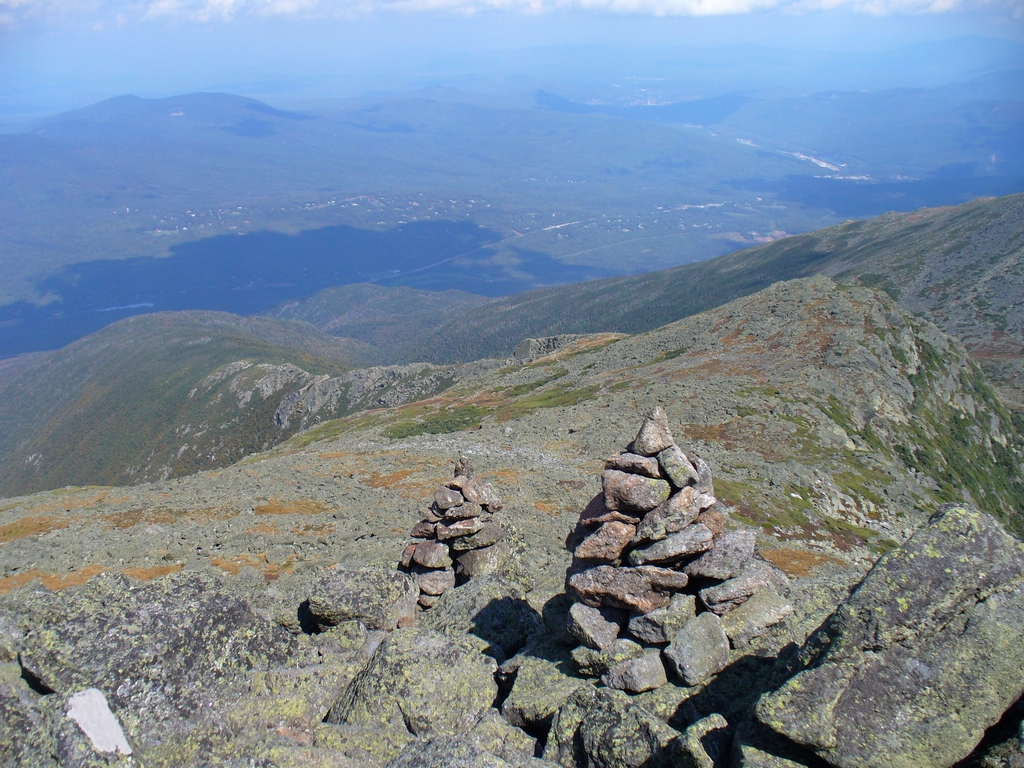 Looking over at Mount Madison, with the Carter -Moriah Range in the distance. 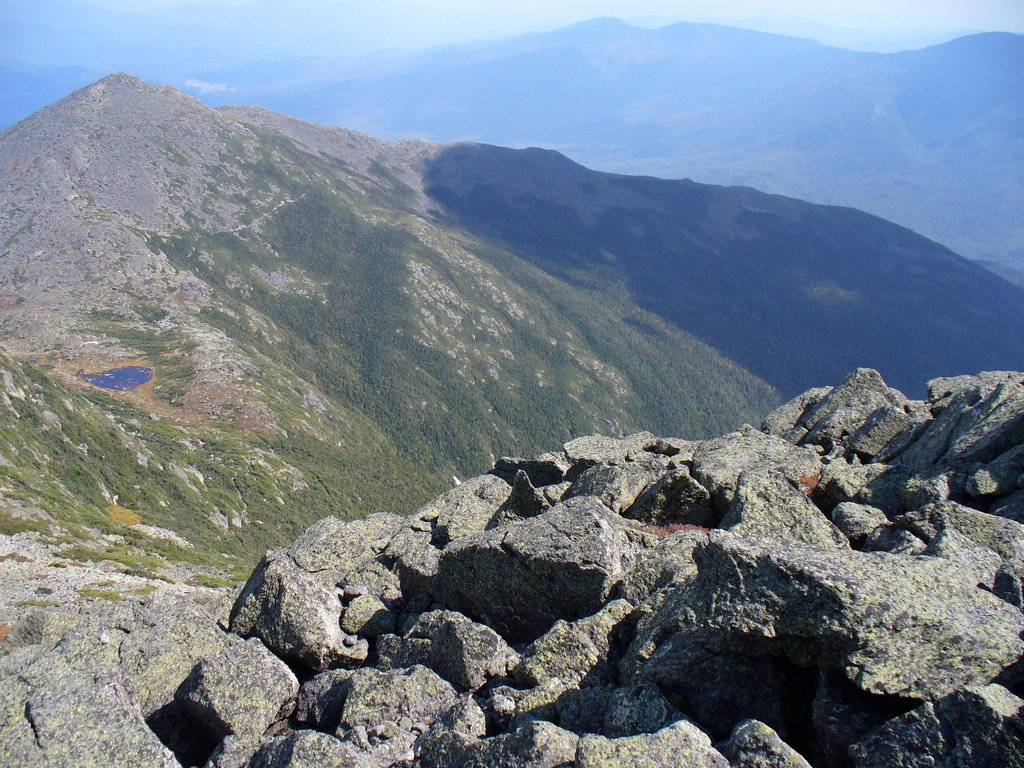 A nice view down on the Madison Spring hut: 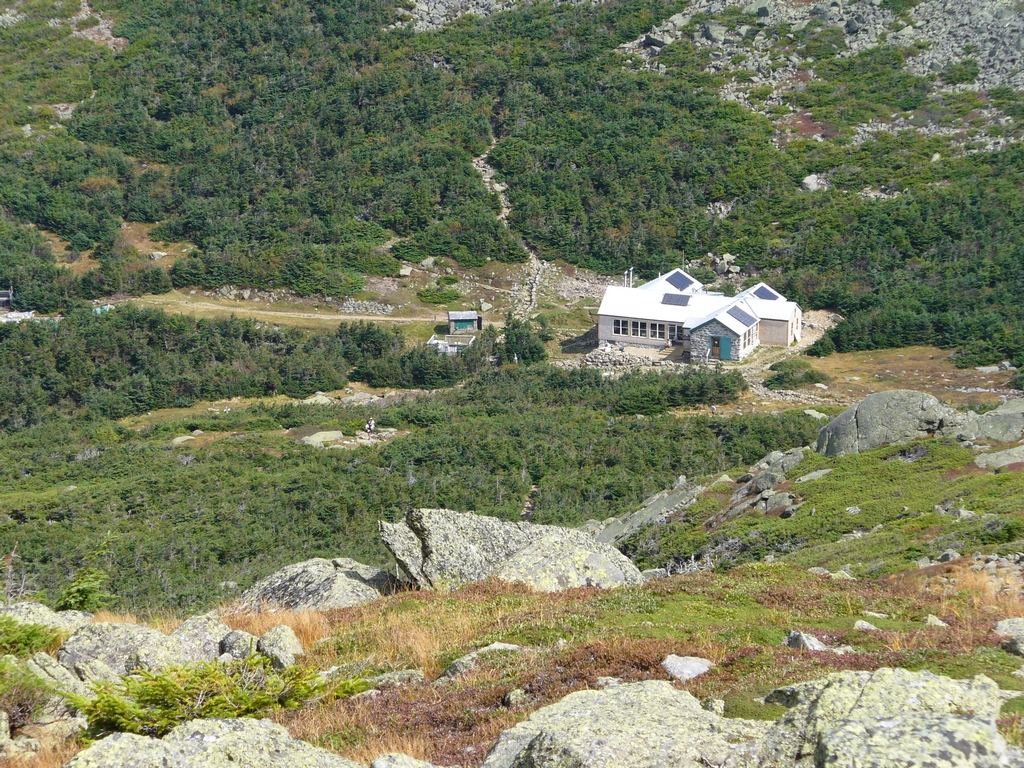 By the sign that says watch the weather, which is one of the reasons we didn't do Mount Adams until this year - the weather hadn't cooperated for us: 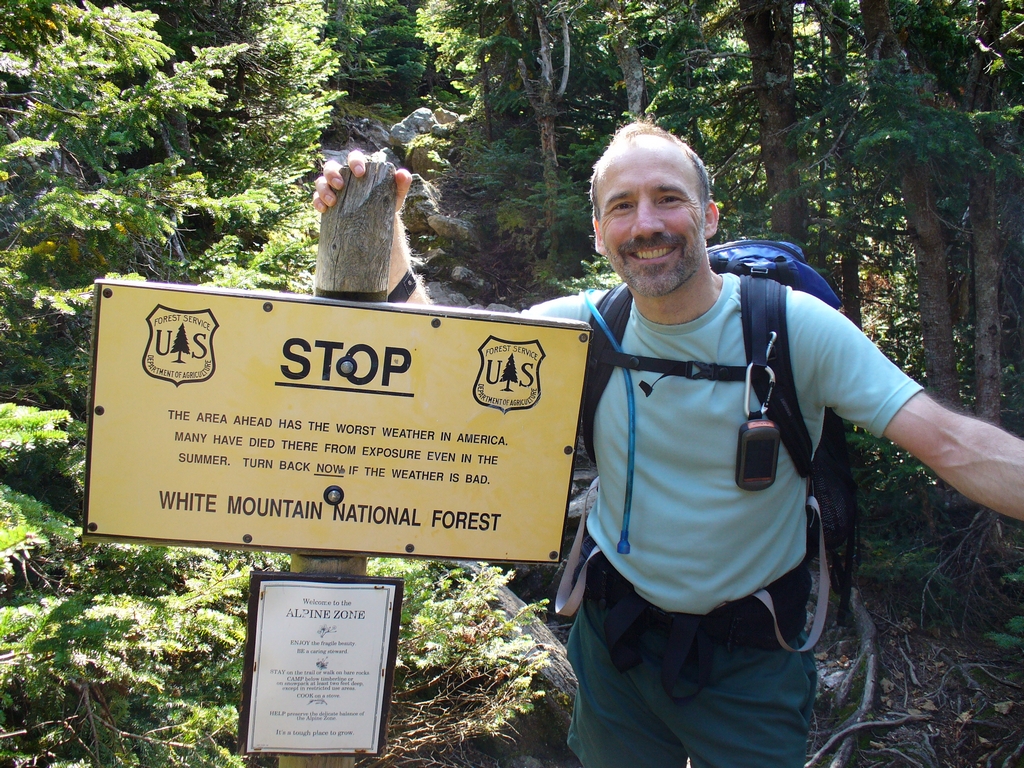 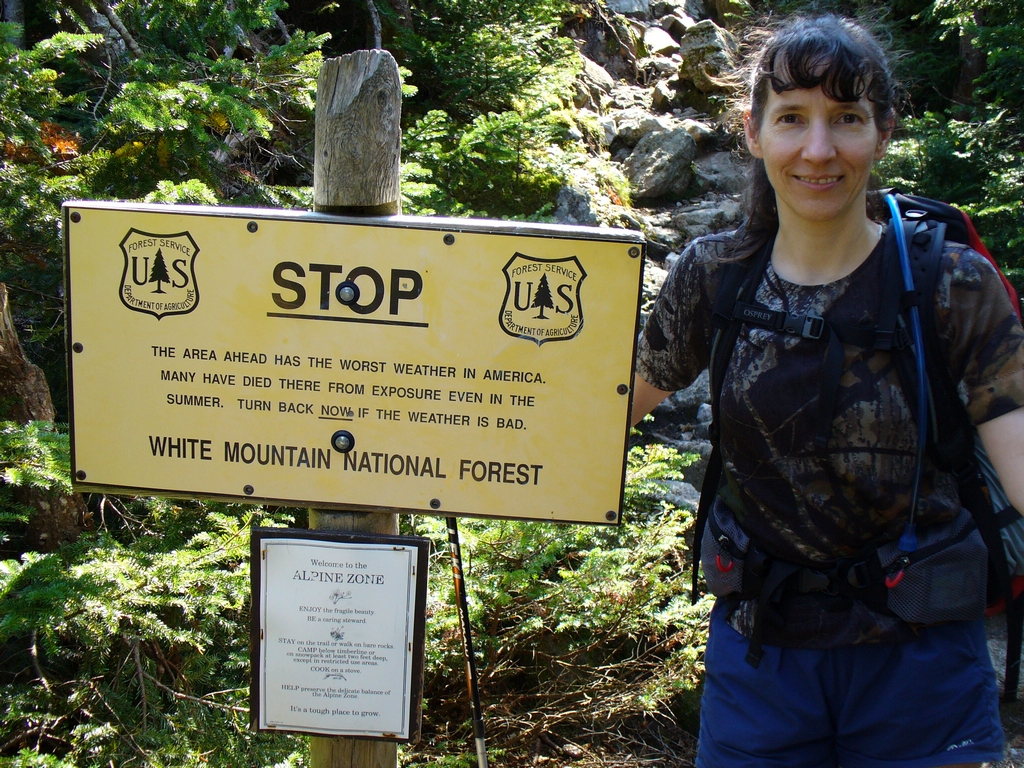