Maine in the Summer

We took a nice vacation to Maine, starting the week in Sebago and finishing it in Lewiston.

Monday was our first full day there. We started with a very appropriate activity for Maine - going to the ocean. Mom M was interested in a visit, so we took her and Gerry out to Bailey's Island. It is a very nice drive to get there, going through Brunswick and the scenic Rt 24. We went to Cook's Lobster House for a slightly late lunch. Cook's is not the place to go if you are in a hurry, but Mom & Gerry were happy with their meal.

A view of the water from the parking lot: 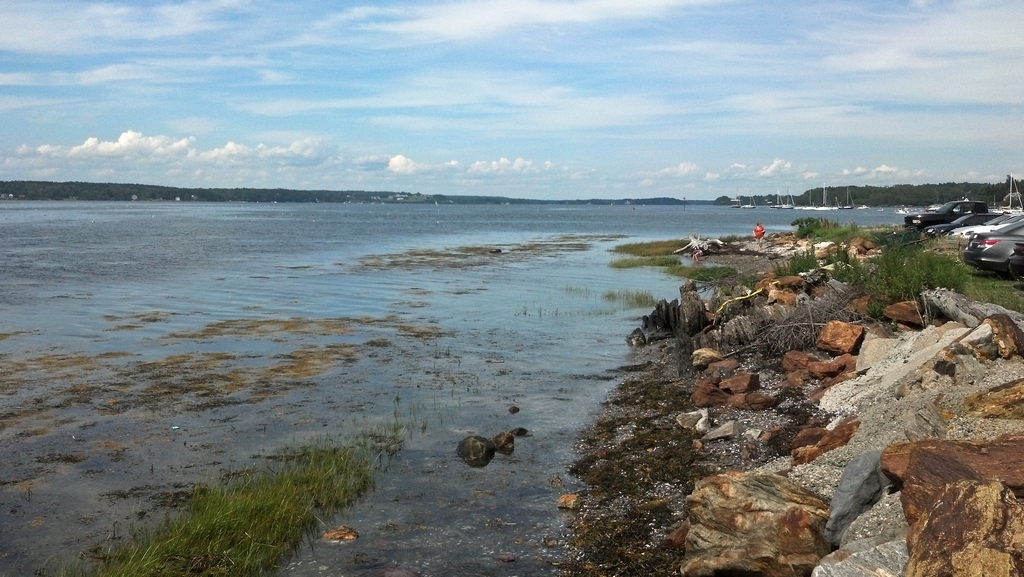 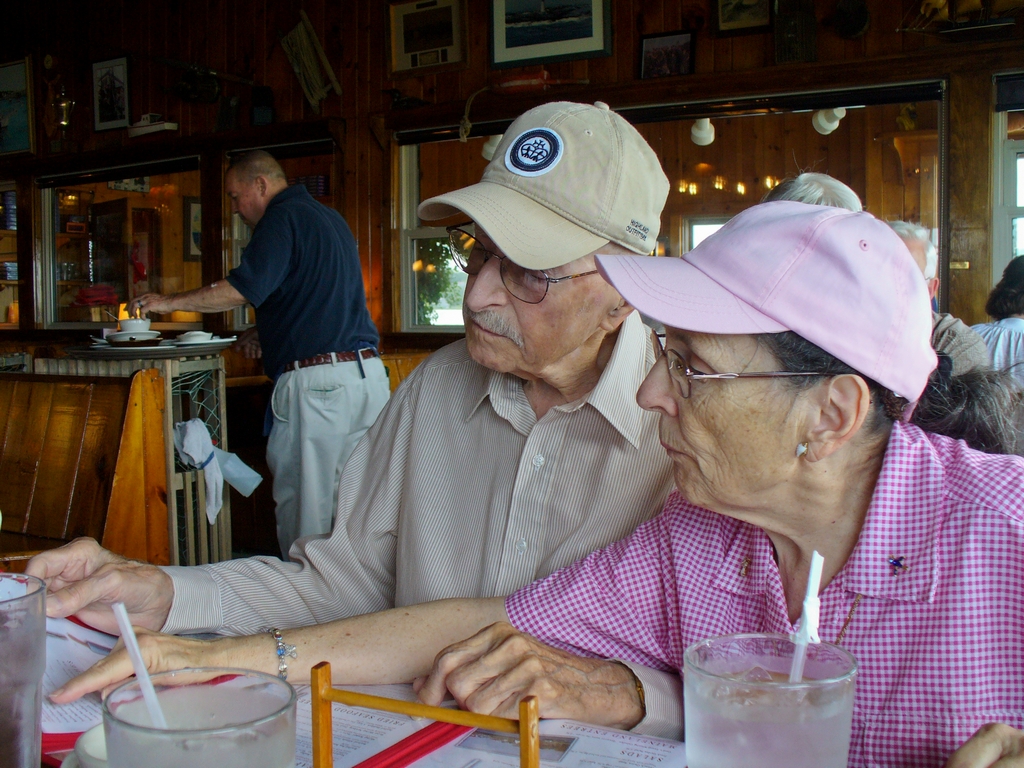 Here is the famous, and recently repaired, cribstone bridge. When we were here in 2009, the bridge was under repair and we crossed a temporary span that was adjacent to the historic bridge. 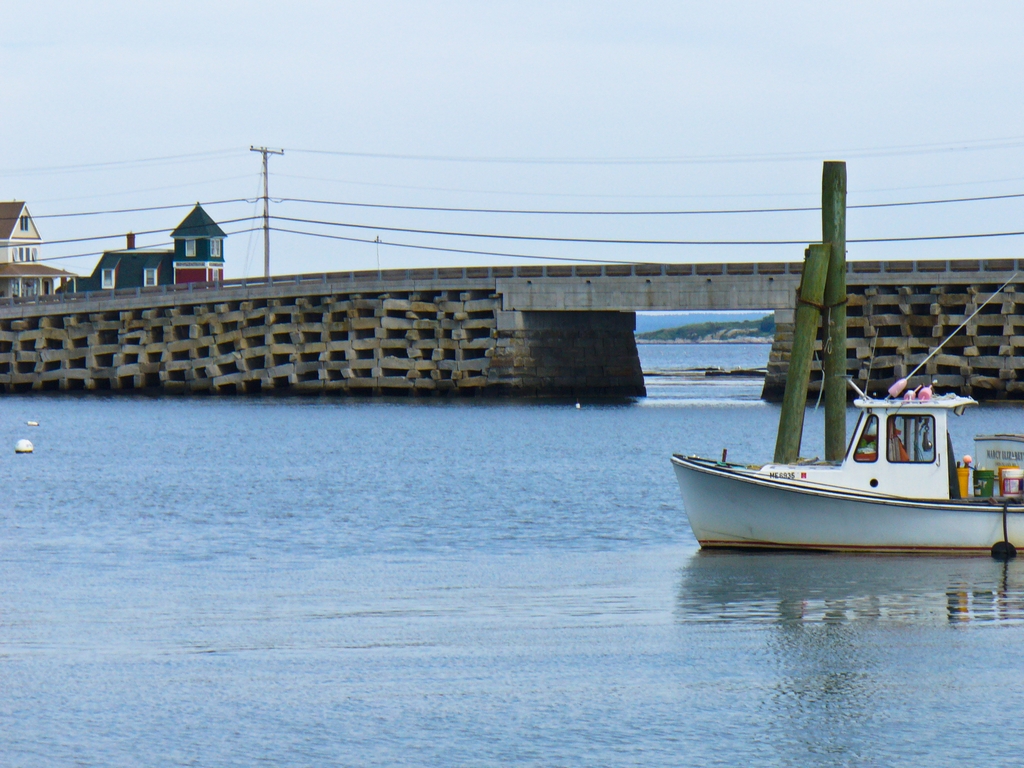 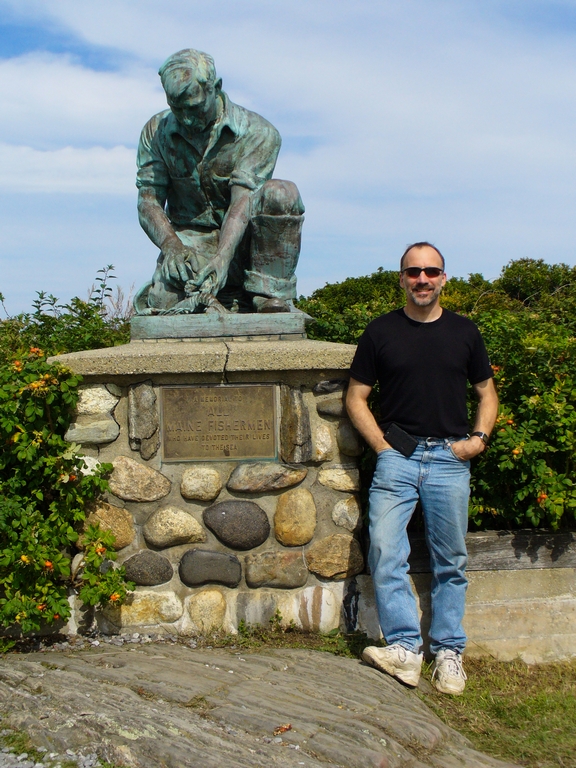 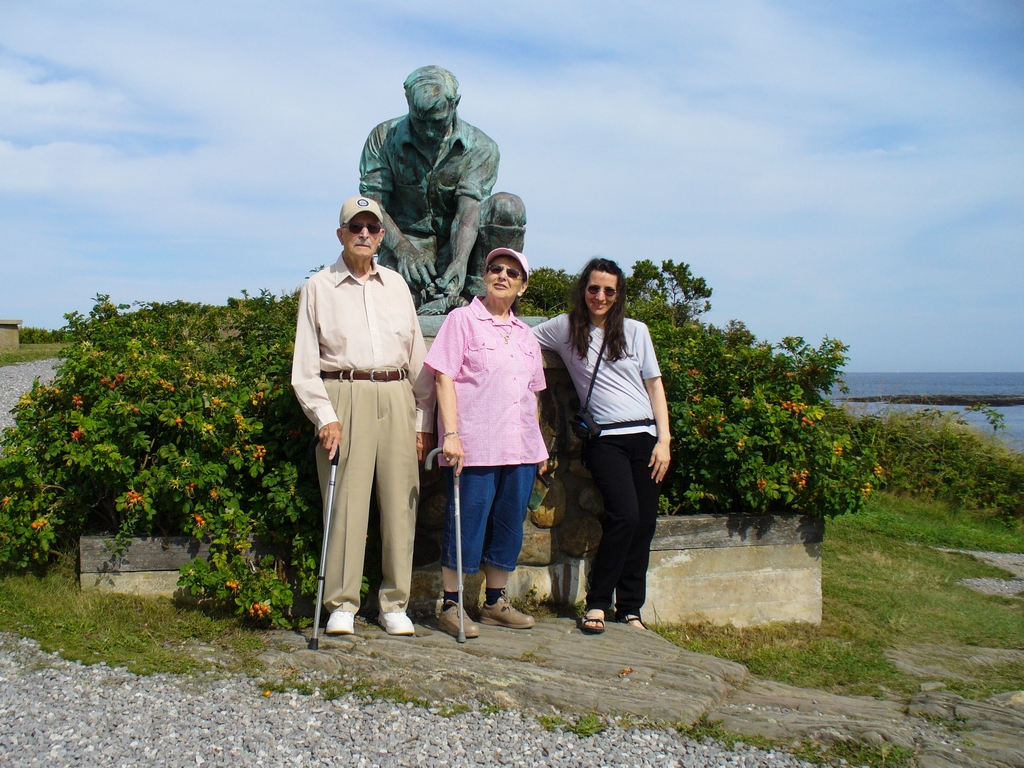 And a view of the small beach, and the island that is off of the tip of Bailey's Island. 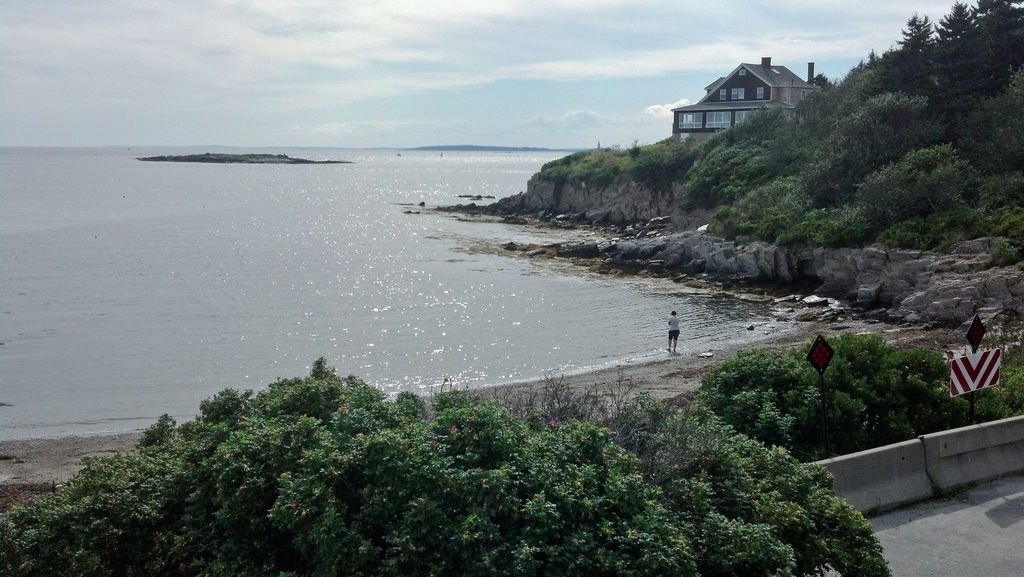 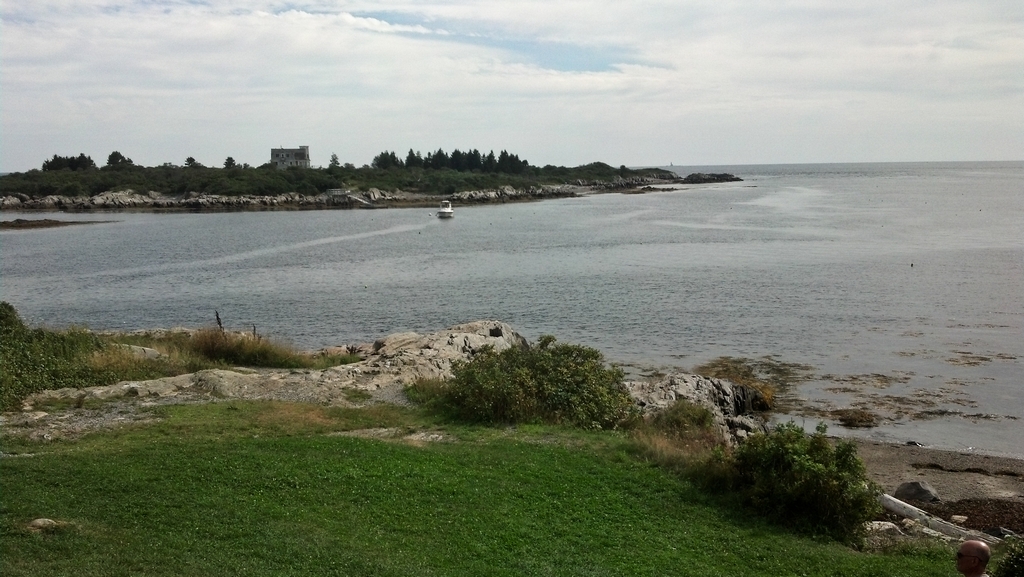 On the way back, we took a very short detour and drive by the old family farm in Lisbon. It is maintained by the new owners in very good shape. In the barn were many cows, with the coloring of dairy cows but I really could not tell from where we were. 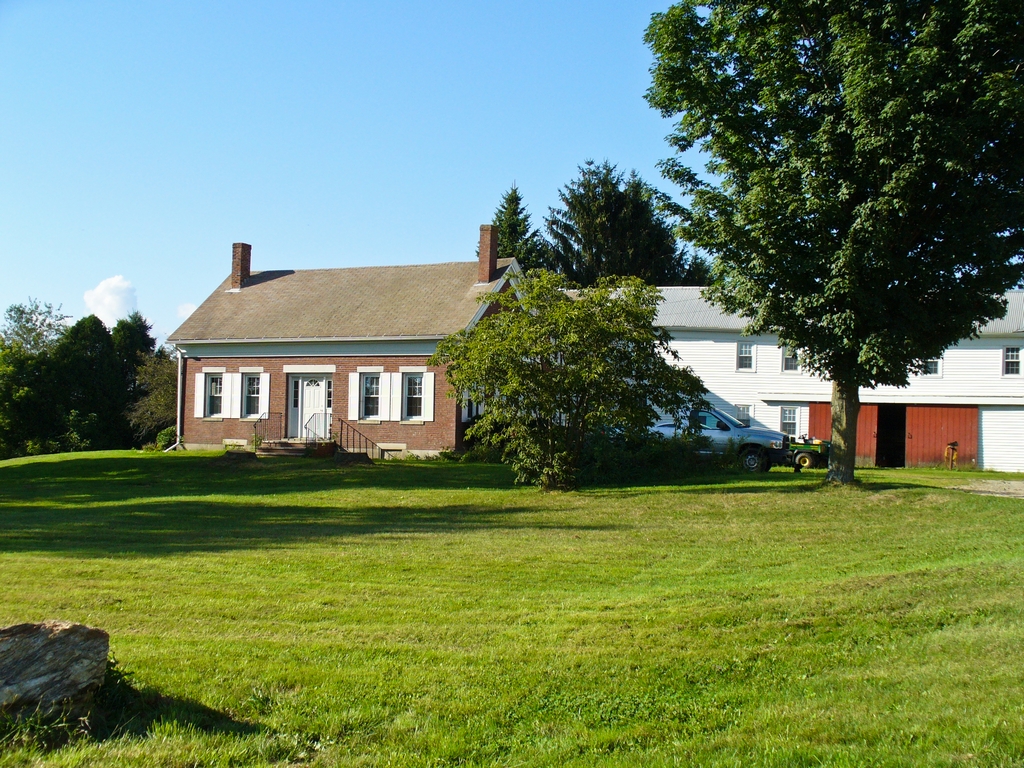 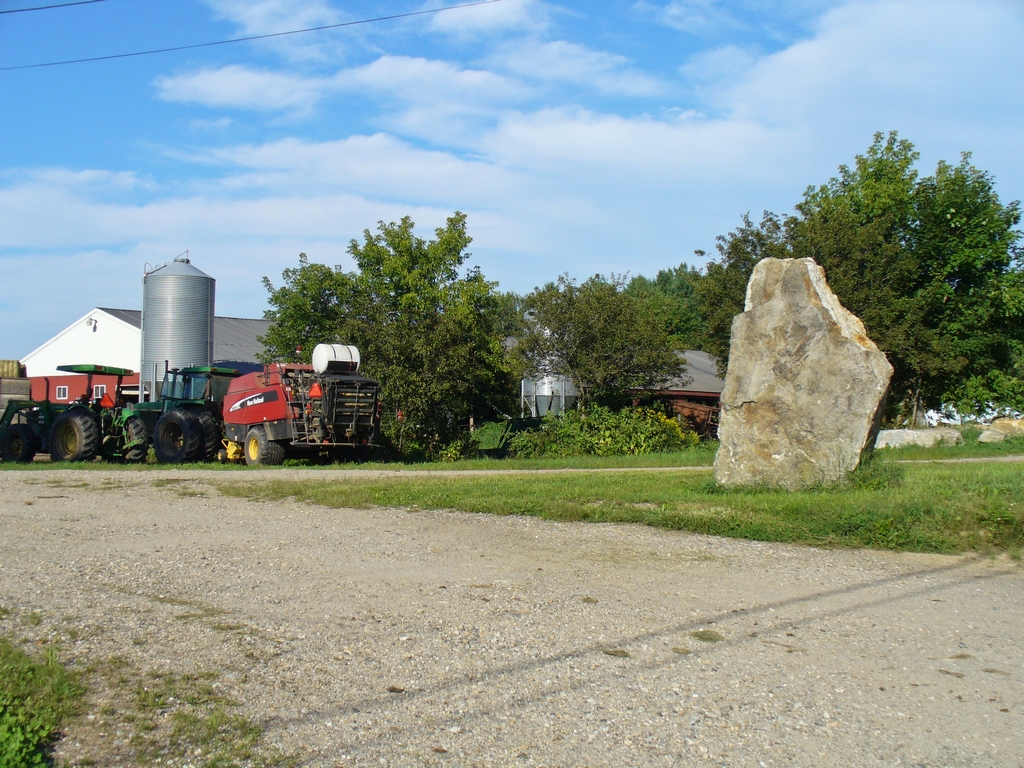 We spent Tuesday relaxing at Sebago Lake. Paul was recovering from a cold, so the rest was particularly good for him. I was taken for a nice ride on the boat; Paul stayed behind since his stomach was not certain what the motion would do to it. He helped send us off, though. 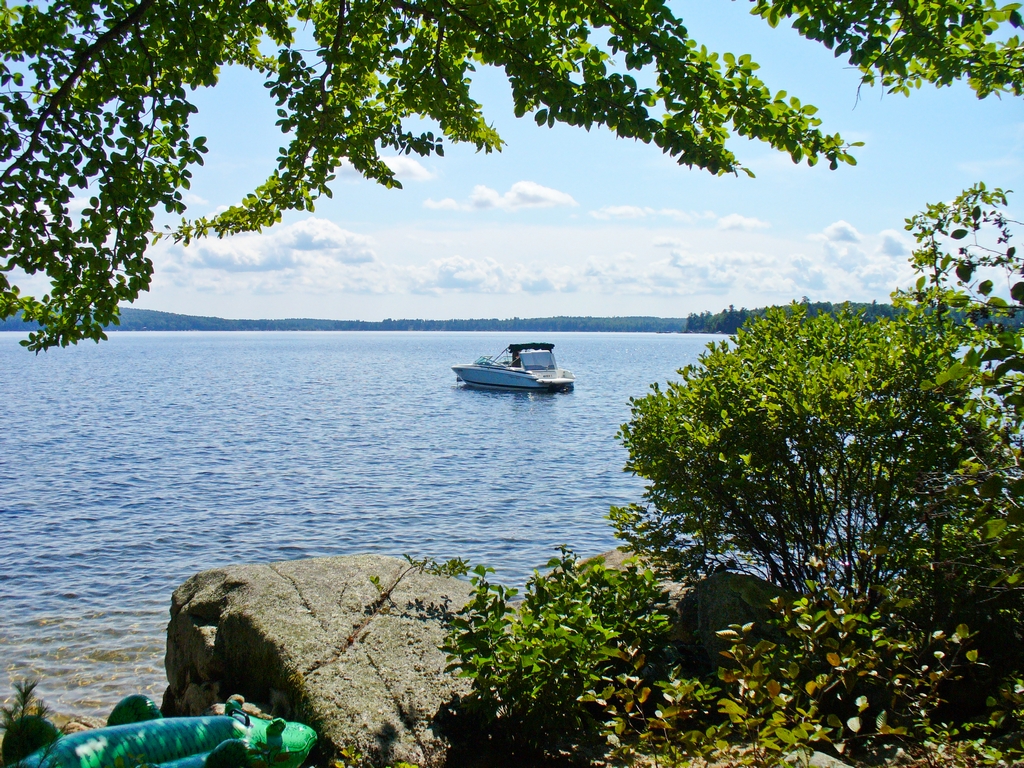 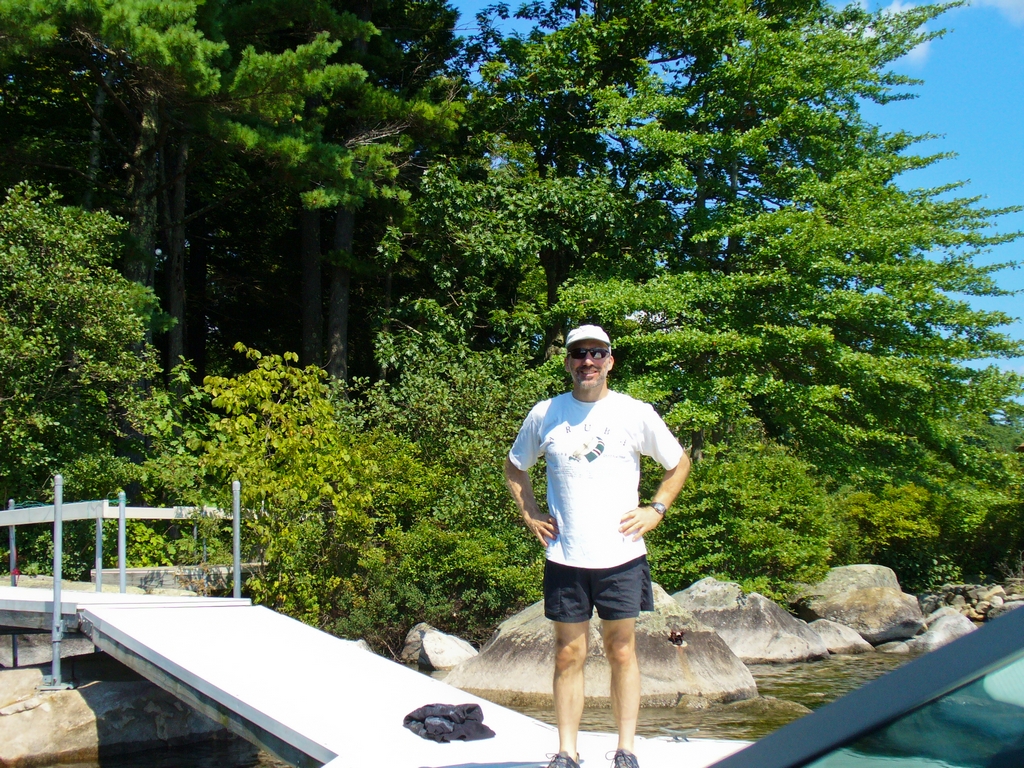 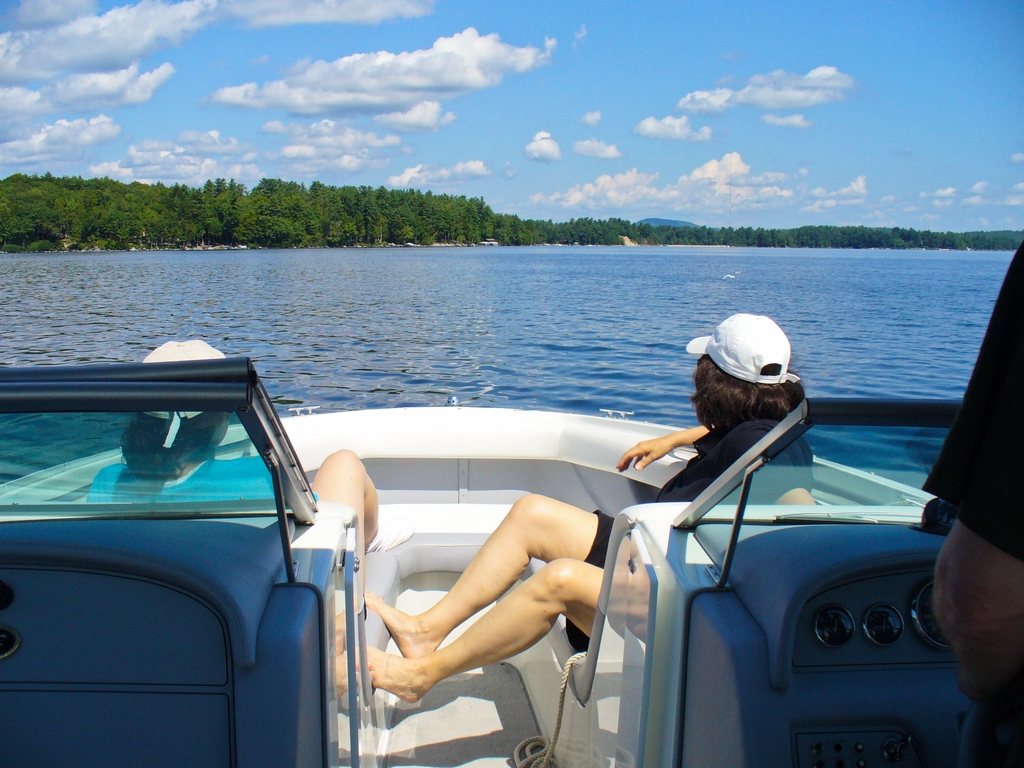 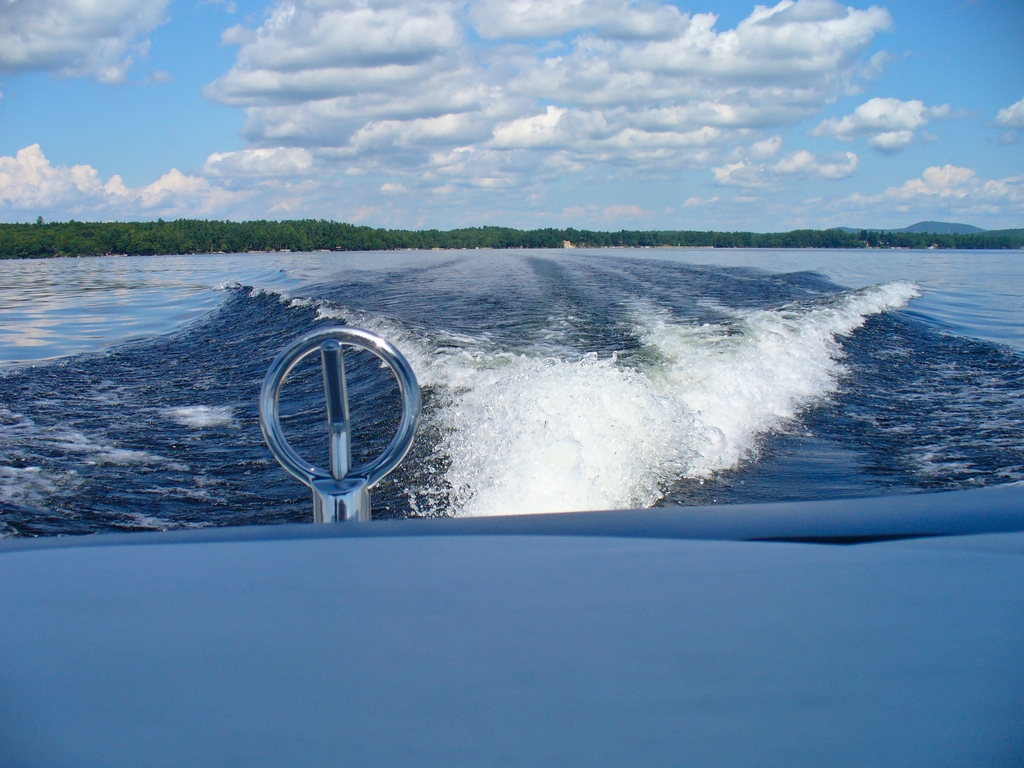 Diane and Liz had a nice swim. Liz made use of Mr Crocodile to get a little sun and water at the same time. 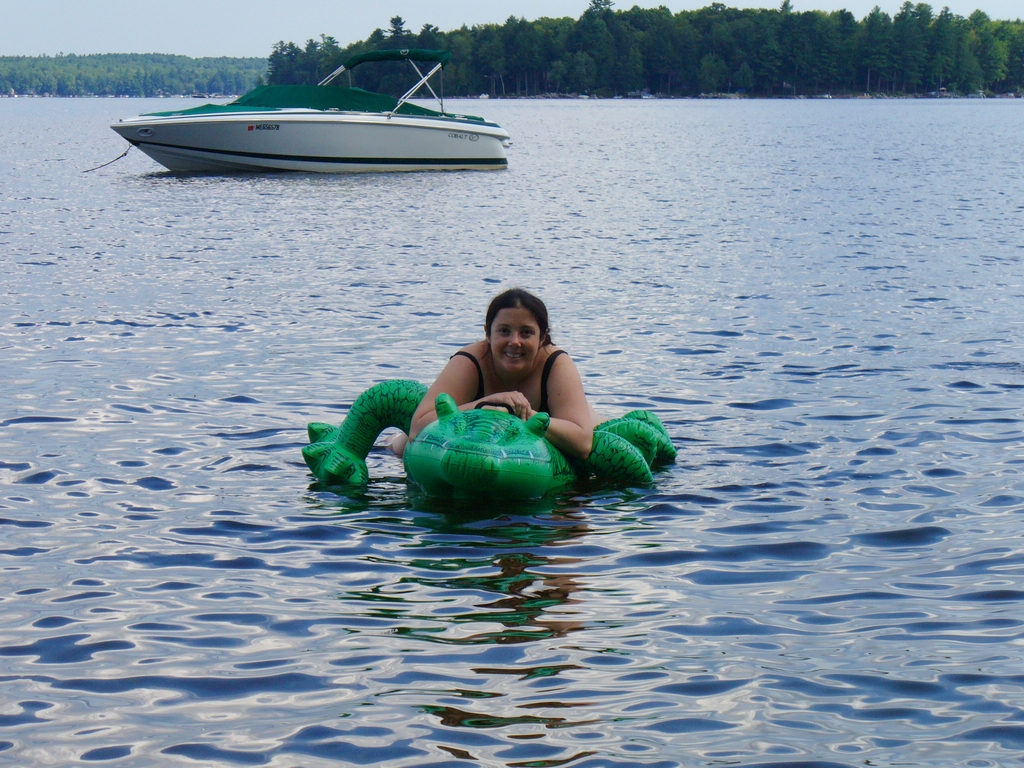 Jennifer joined us for supper, which included some corn on the cob along with other delicious foods. 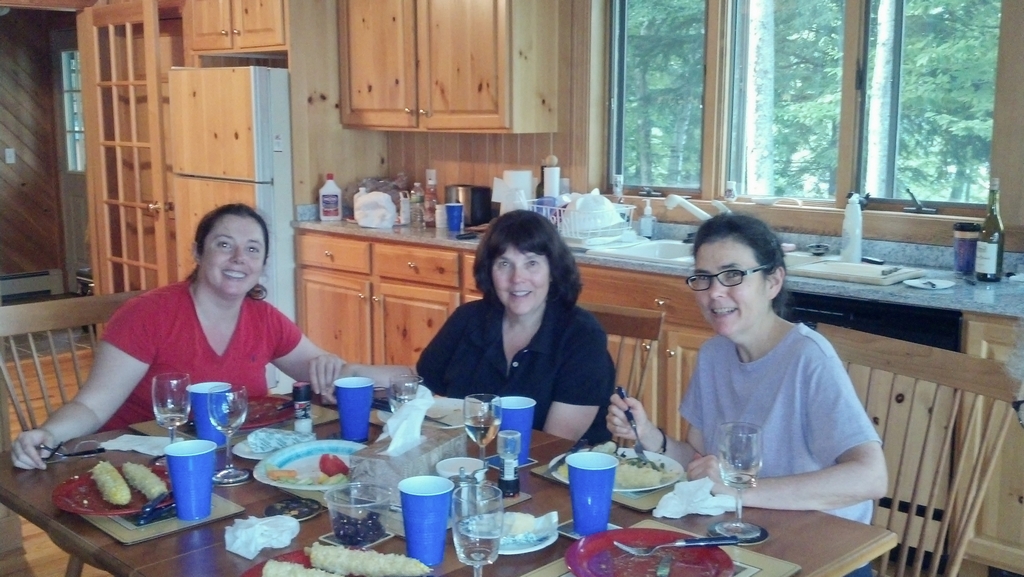 Wednesday was a work day for Paul. We moved up to Nichols Street in the morning. 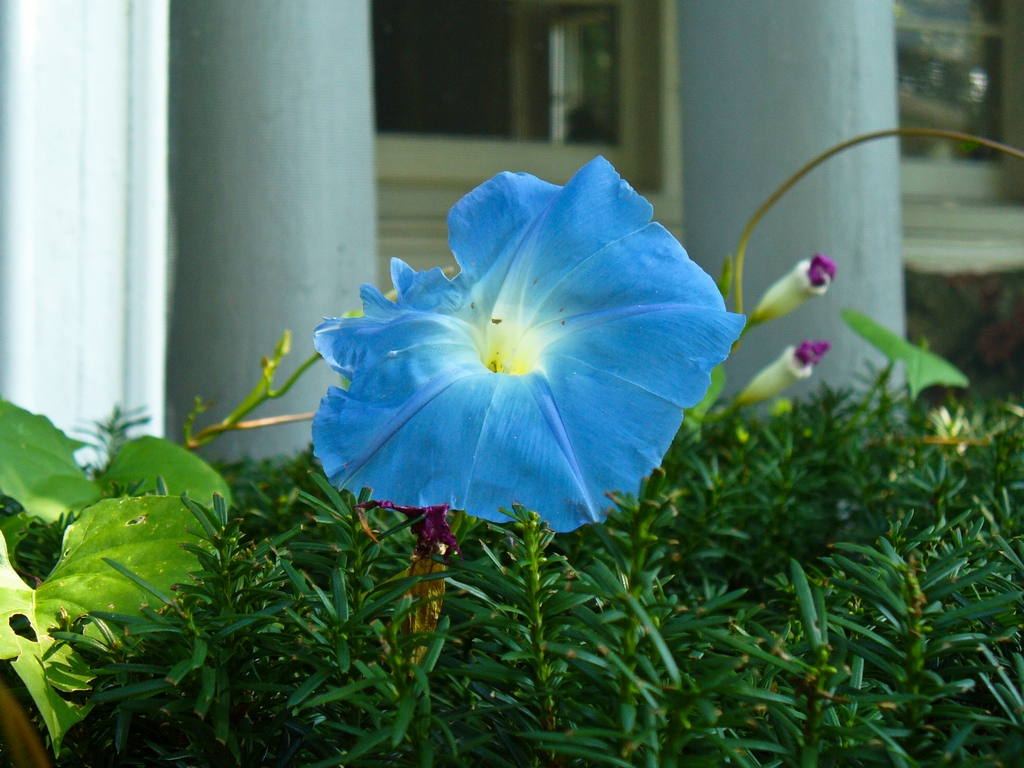 Paul worked on fixing the sashes of the old double-hung windows. This was a new venture for Paul, who enjoys learning a new skill. The mechanism is really very clever and simple with these windows. It takes a while to fix these, though, since it involves re-glazing and painting the windows as well as replacing the cords. Paul repaired two windows in Wednesday, and another two on Friday. 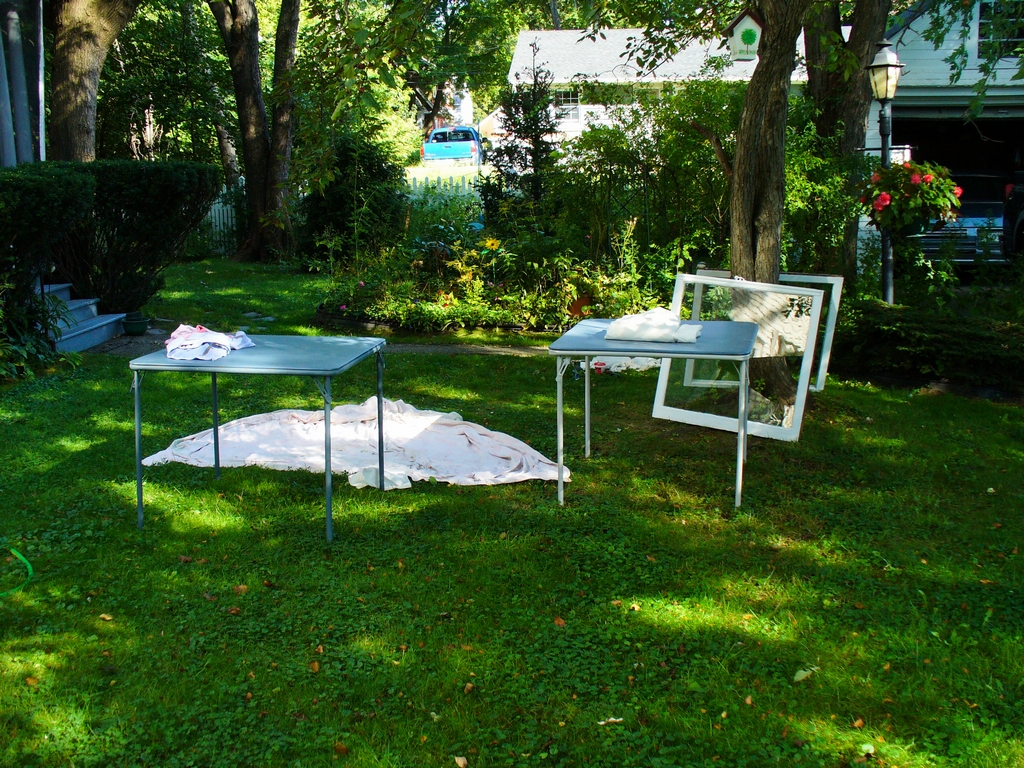 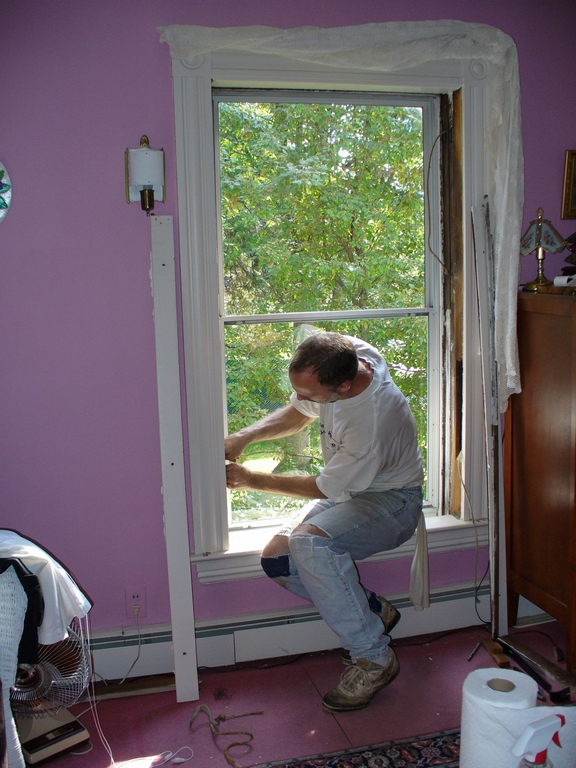 Meanwhile, I went off and played. I walked over to Maison Marcotte. Here is the front of Nichols Street. 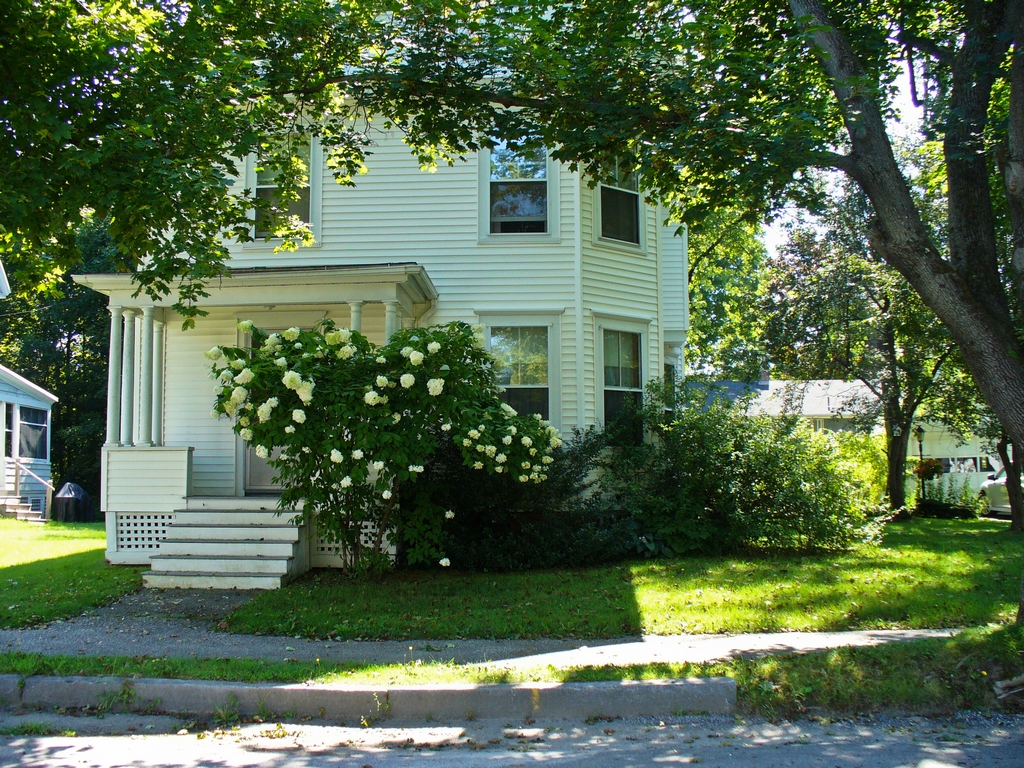 And here is Maison Marcotte, along with Mom & Gerry. 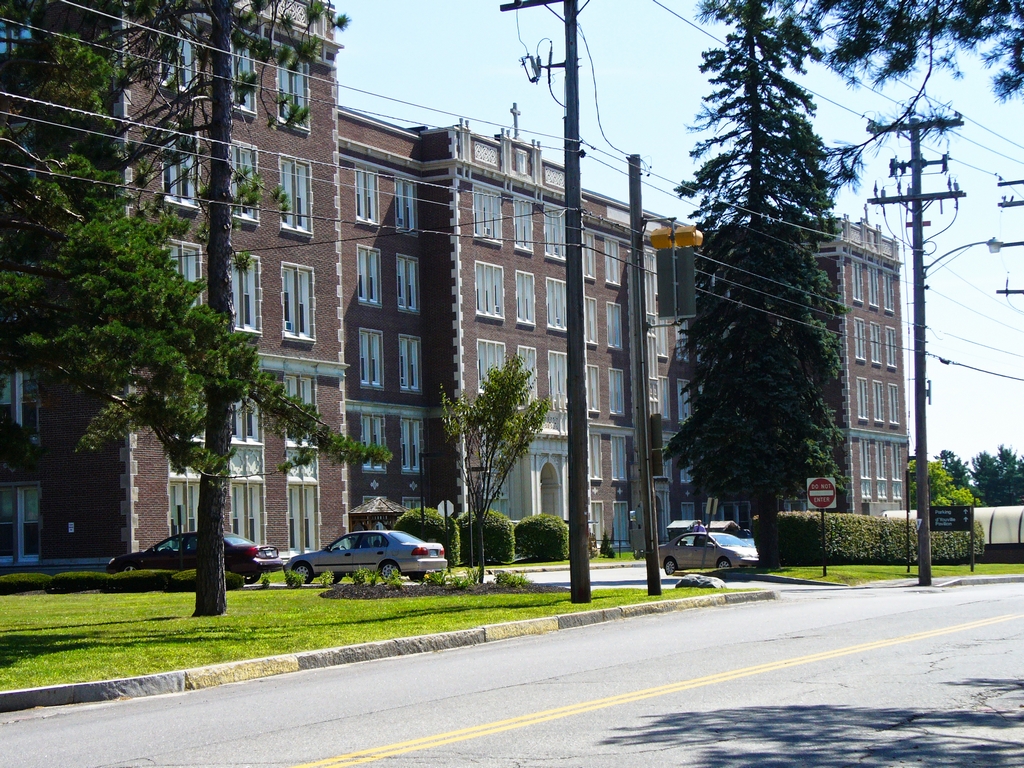 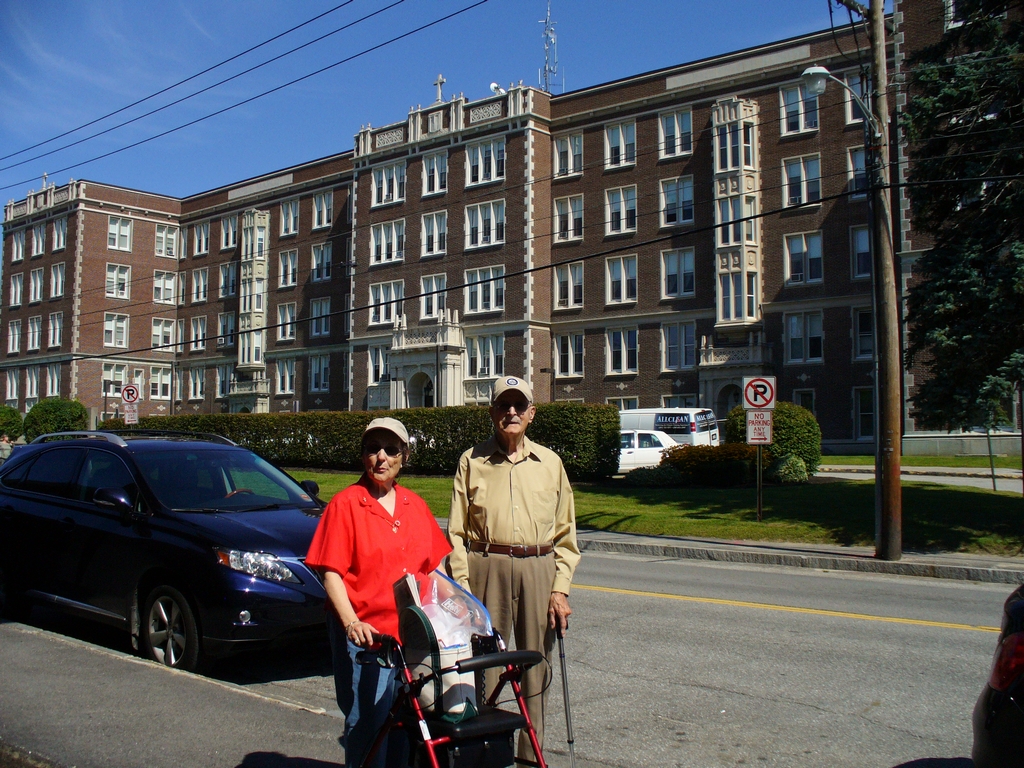 Mom wanted to be certain to get some pictures of the flowering plants up. One of these was a gift from Jimmy around 10 years ago. It did not flower for many years, but seems to be very happy indeed on Gerry's window sill. 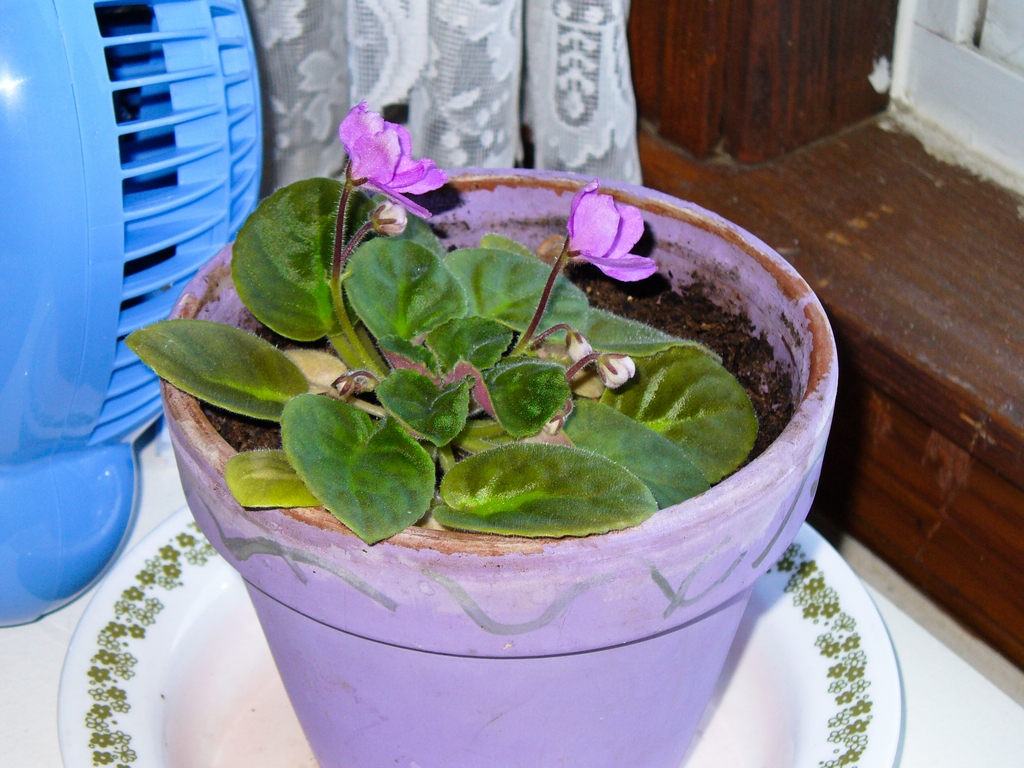 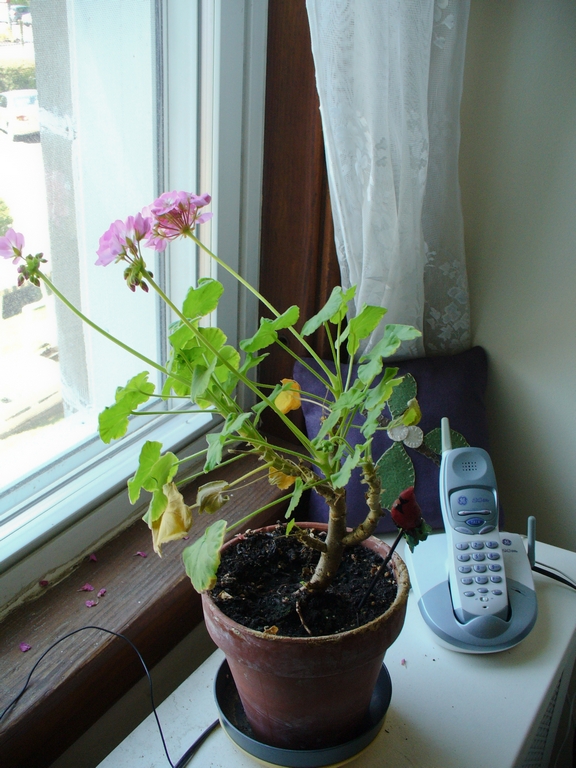 The three of us (me, Mom, Gerry) went over to Gritty's for lunch. It was a glorious day, and the deck at Gritty's a the perfect spot to be on a day like this. It is next to the revitalized Androscoggin River, with a nice walkway along the banking, kayaks available for rent, and a nice little park. Unfortunately, we missed the big Hot Air Balloon festival, which was the previous weekend. 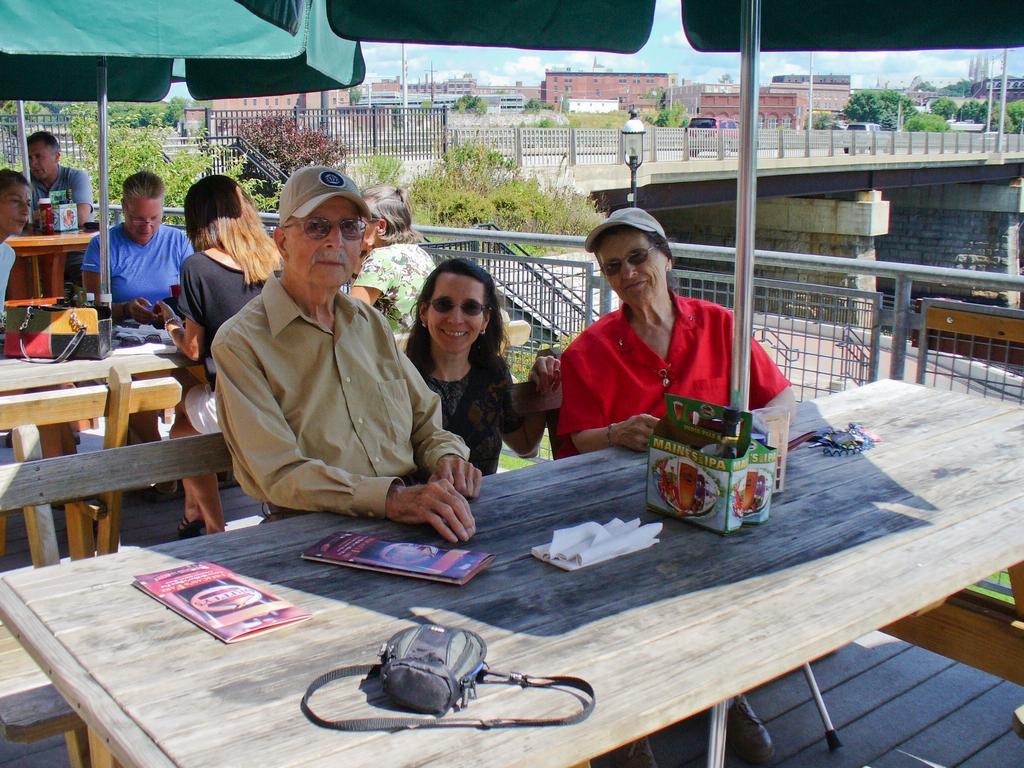 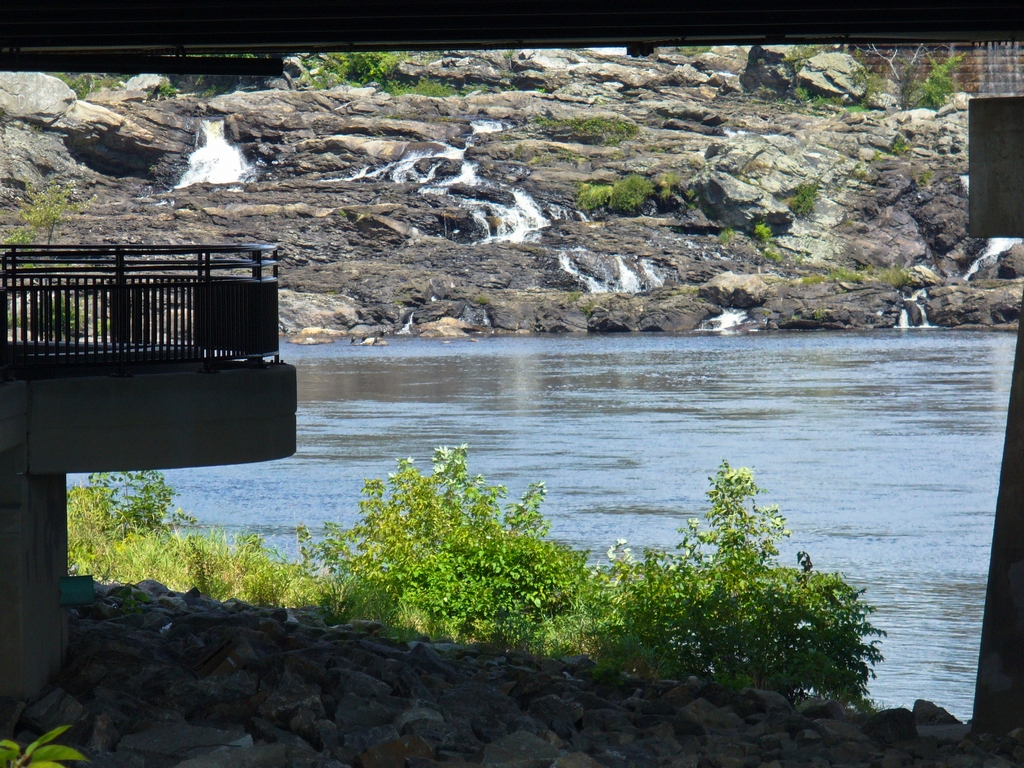 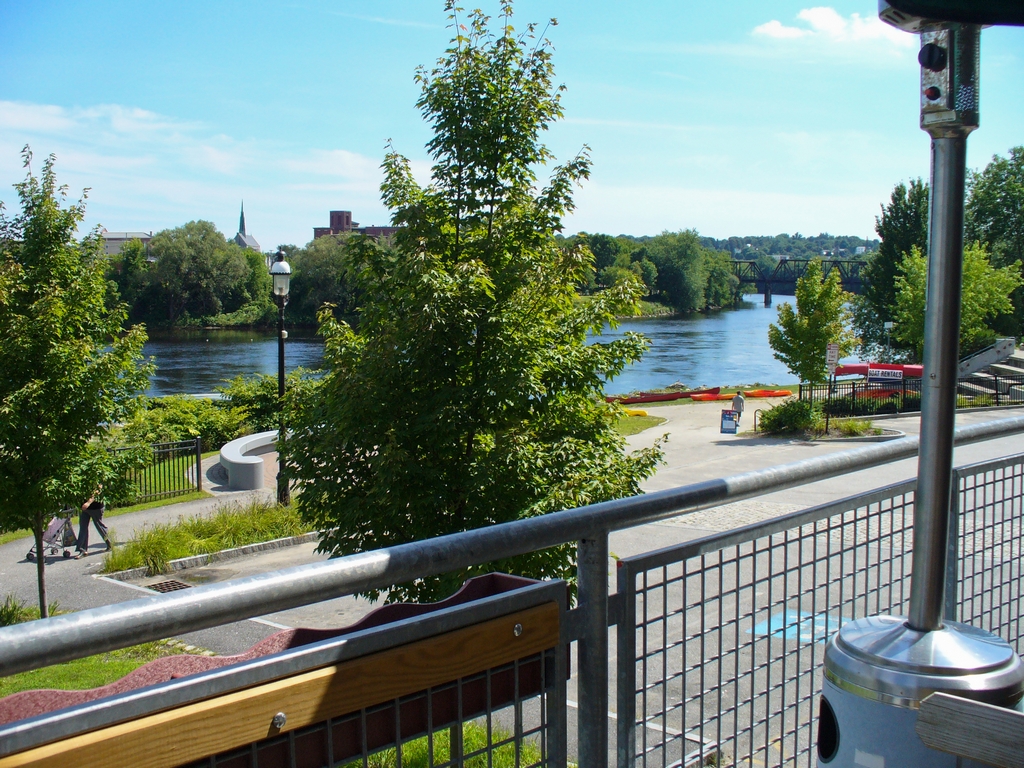 There is a fountain in the park, and it features various shoe statues. This emphasizes the impact shoe mills had on the history of the town. (That link has a very interesting article on the difficult conditions the workers had.) 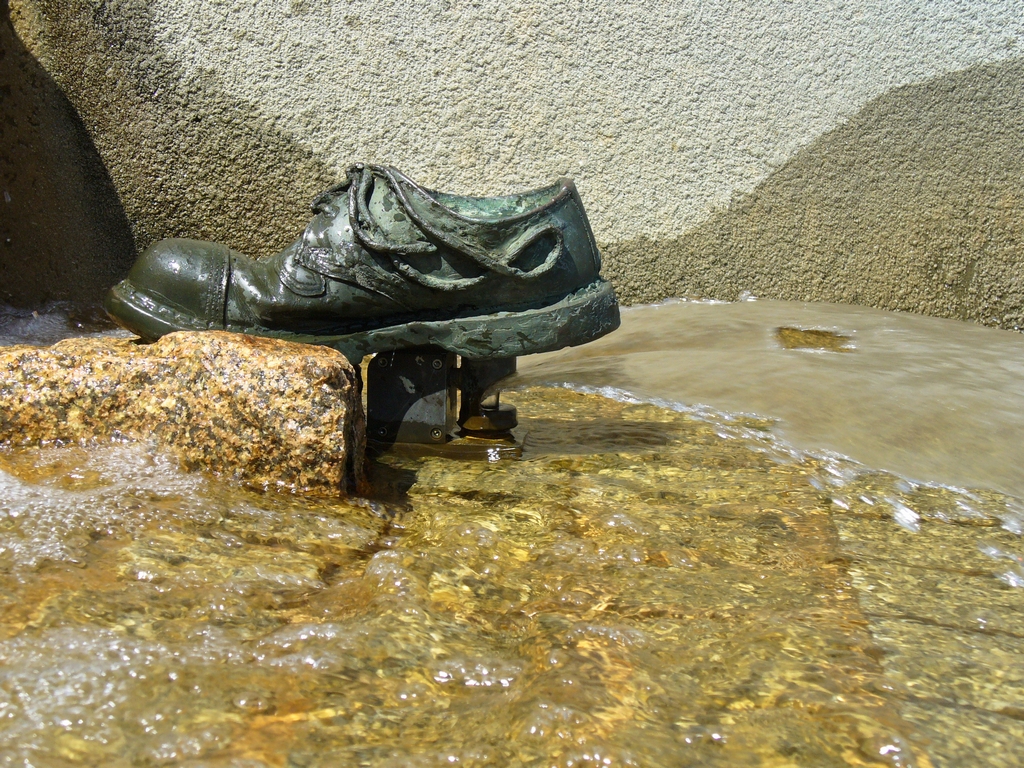 After our lunch there, we went out to Wallingford's Orchard to get a few early season apples. 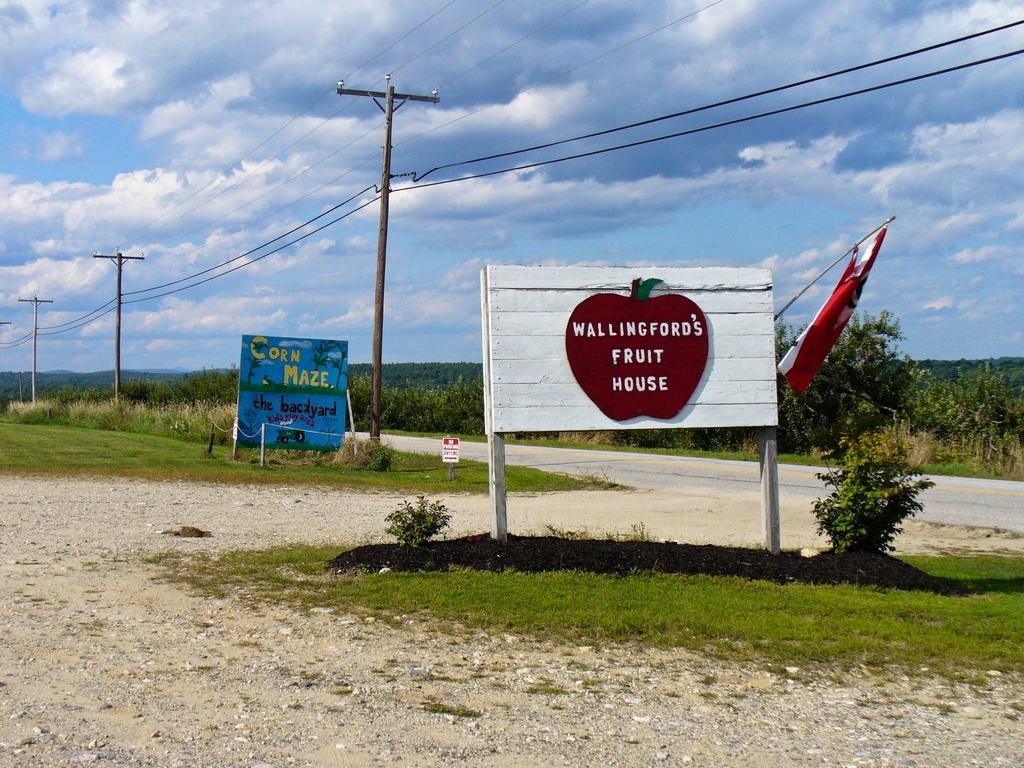