William Turner, born Joseph Mallord William Turner, was an English painter in the early 1800s. One of his more famous oil paintings is part of the Boston Museum of Fine Arts' collection. It is 'Slave Ship'. The colors in this painting are brilliant. 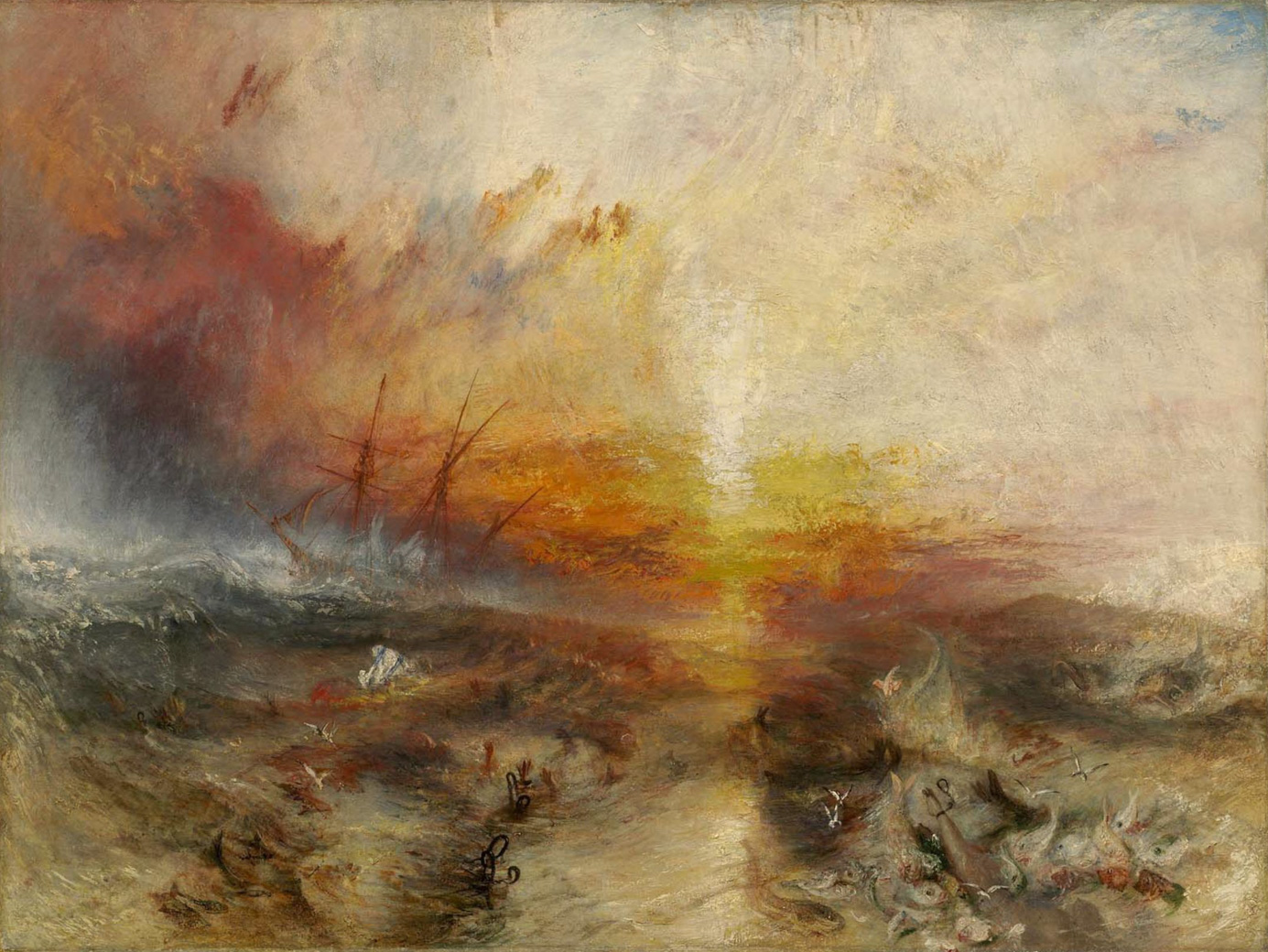 Turner also created many watercolor works (or watercolour, since he was British). We read that the Mystic Seaport Museum was having an exhibition of Turner's watercolors. So we went.

The exhibit displays pieces that are from the Tate Museum in England. Turner is, of course, famous for his whaling paintings. Mystic Seaport was a whaling vessel port (among other types of boats), which of course is the link between the exhibit location and the artists. 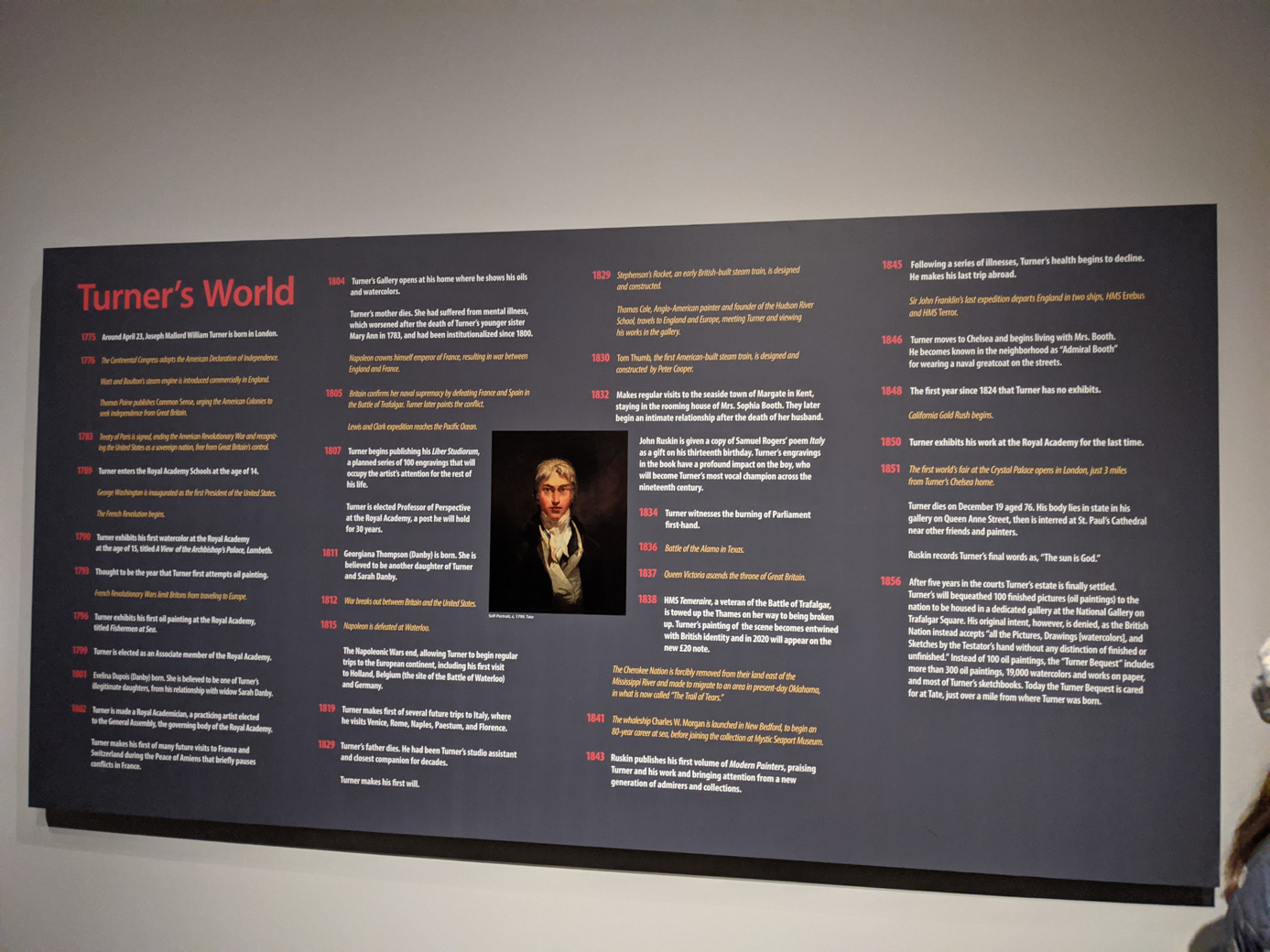 This was one of Turner's early works. You can see the style is much more traditional.

Turner taught painting. The following is one he used to show his students perspective in a painting. 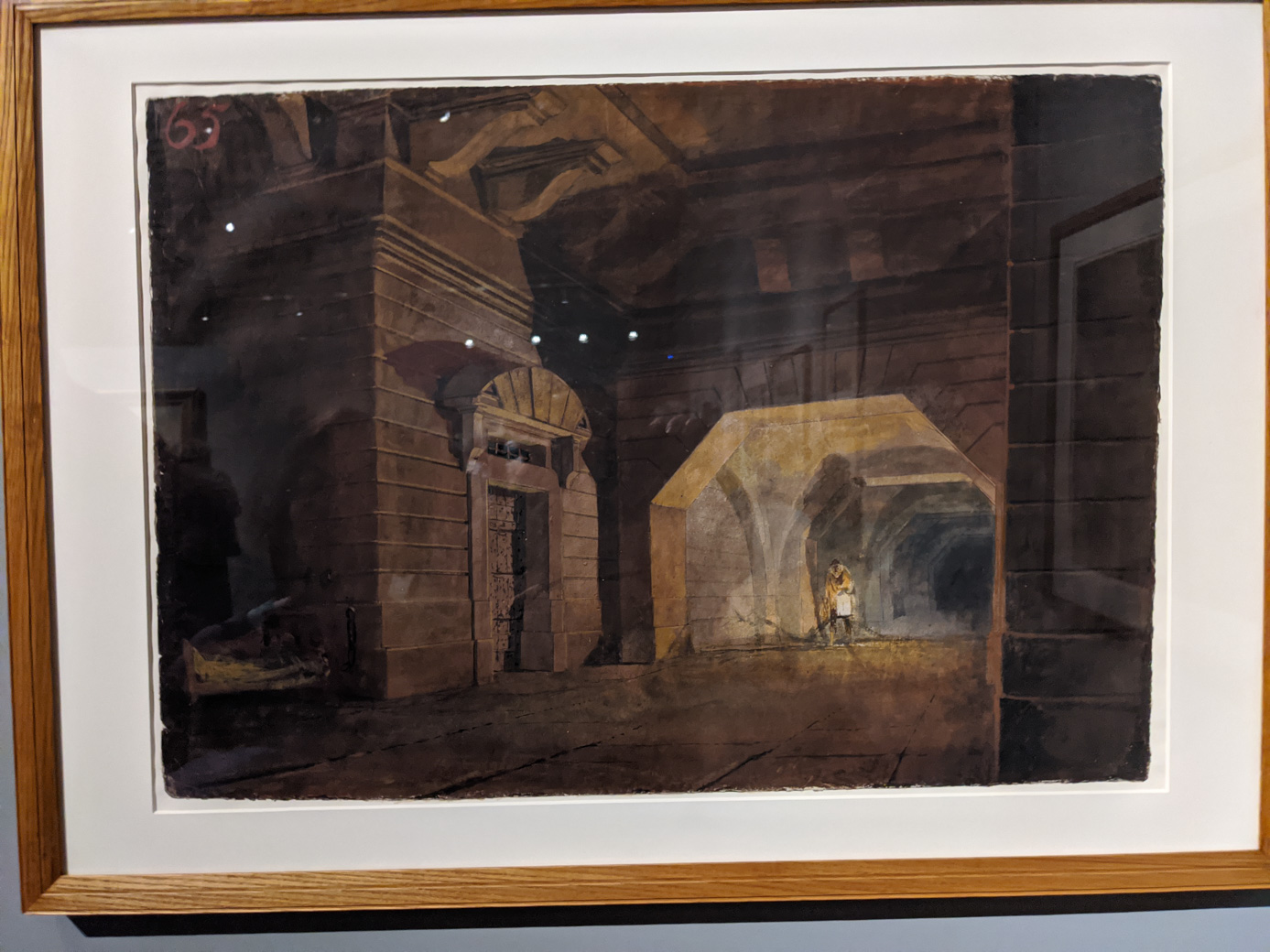 Artists have various ways of preparing to make a painting. Turner would often paint mood 'color exercises' to get a feel for an area or a work he had in mind. This next picture is of one of these, although more detailed than many others he did. 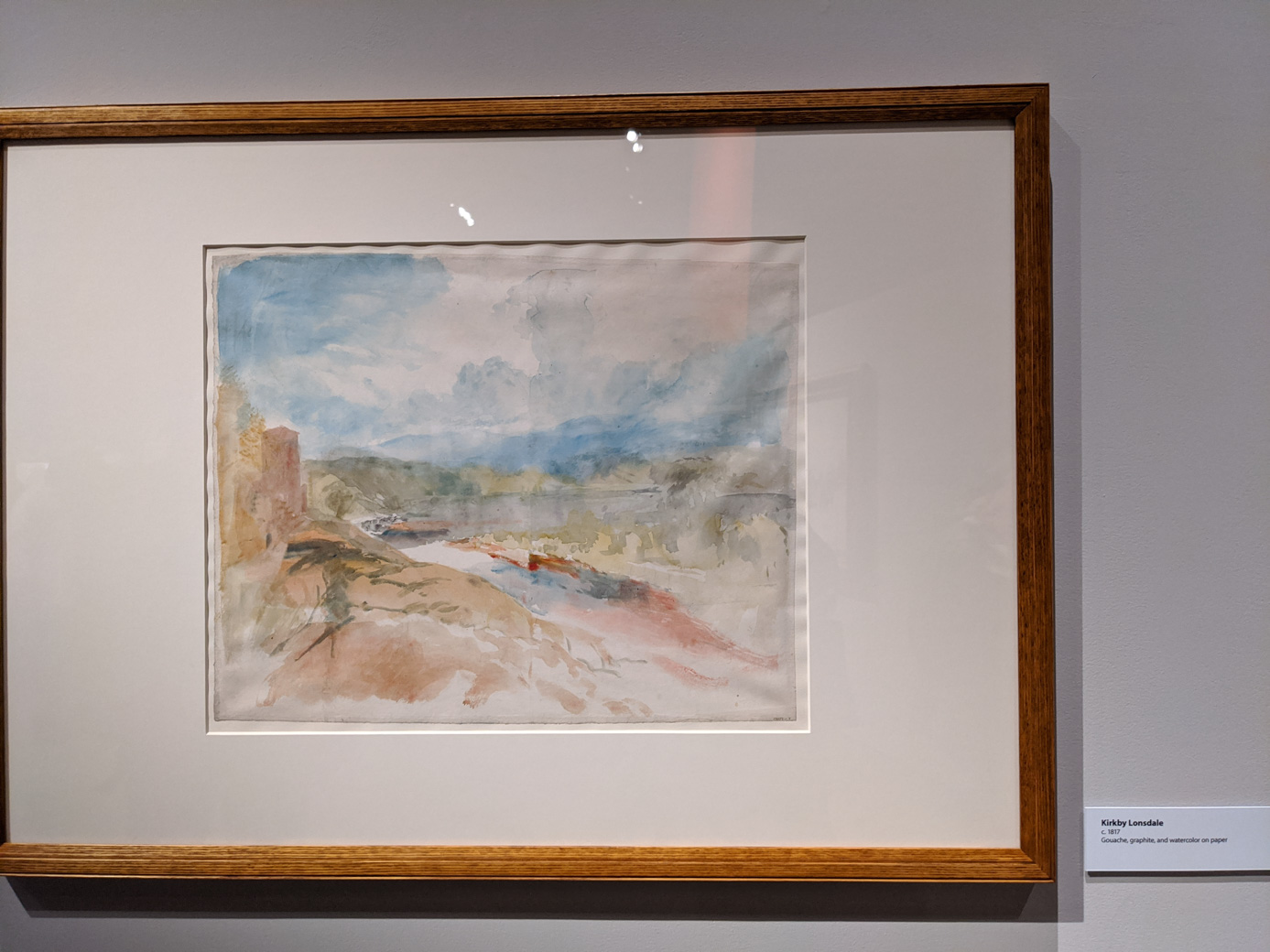 We really like this painting of a lighthouse at night. 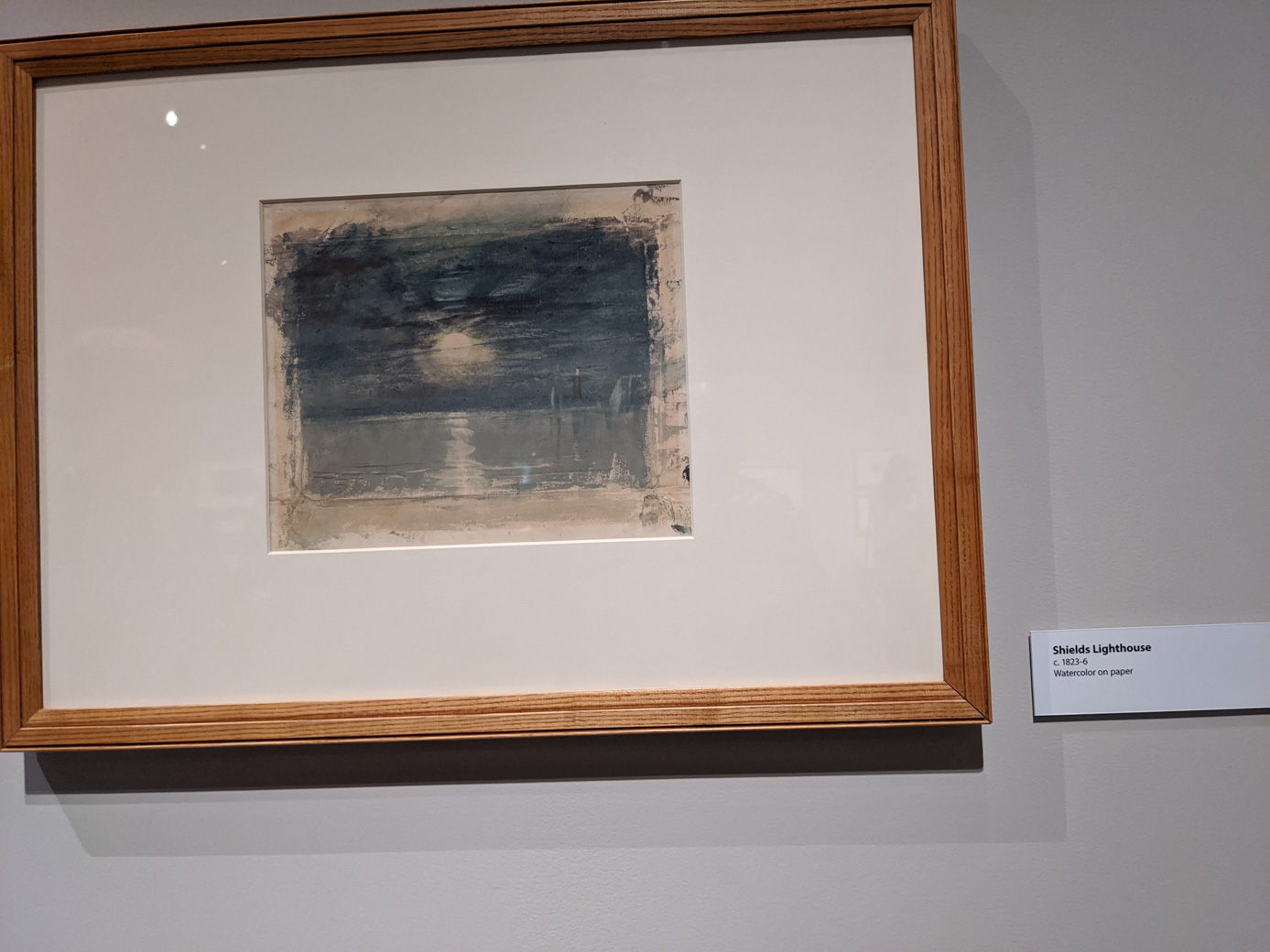 Two more examples of his color exercises. Both of are the same abbey, but of course with vastly different weather conditions. 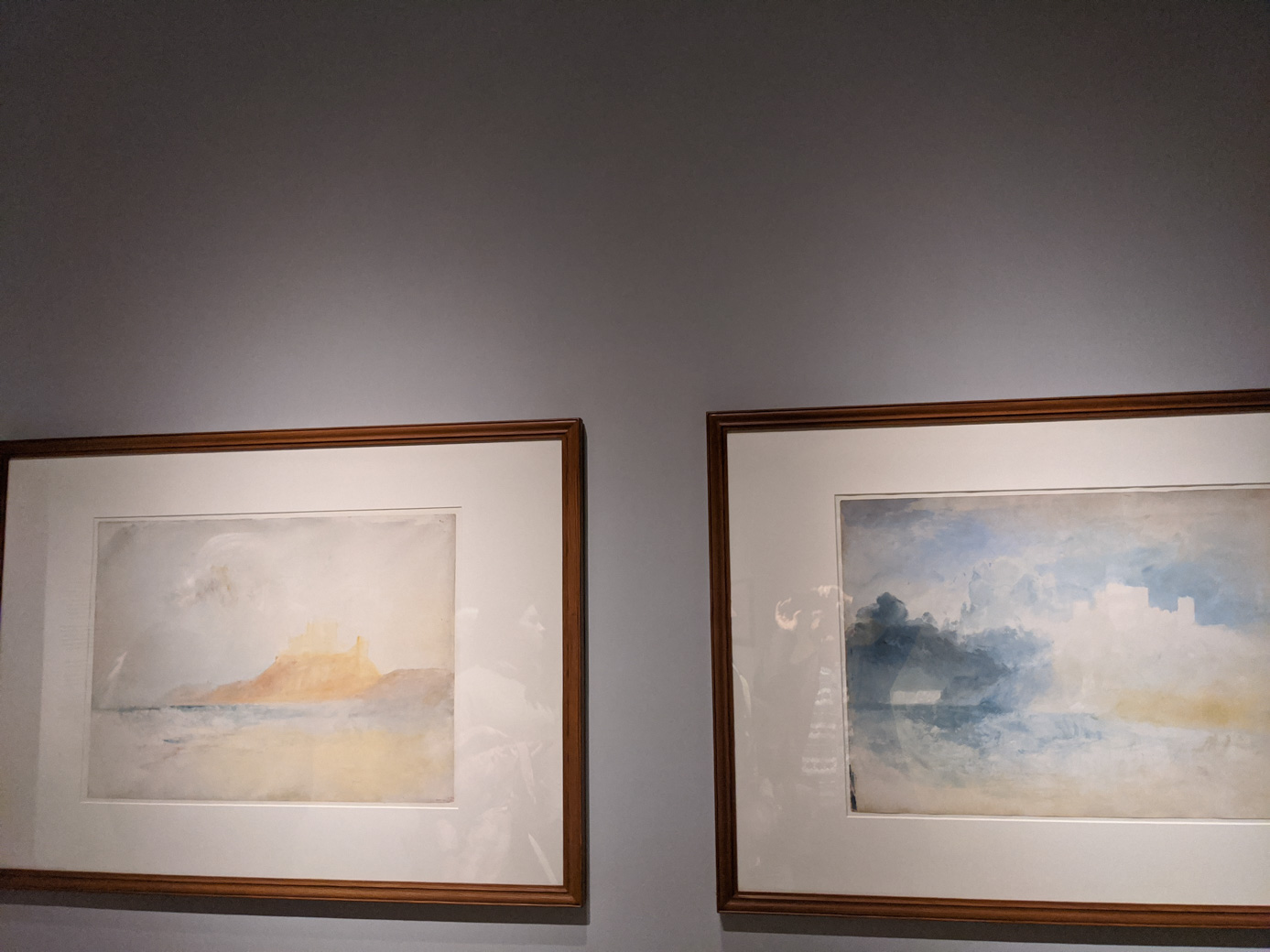 As with so many paintings, we felt this 'Early Morning' watercolor was much nicer in person! 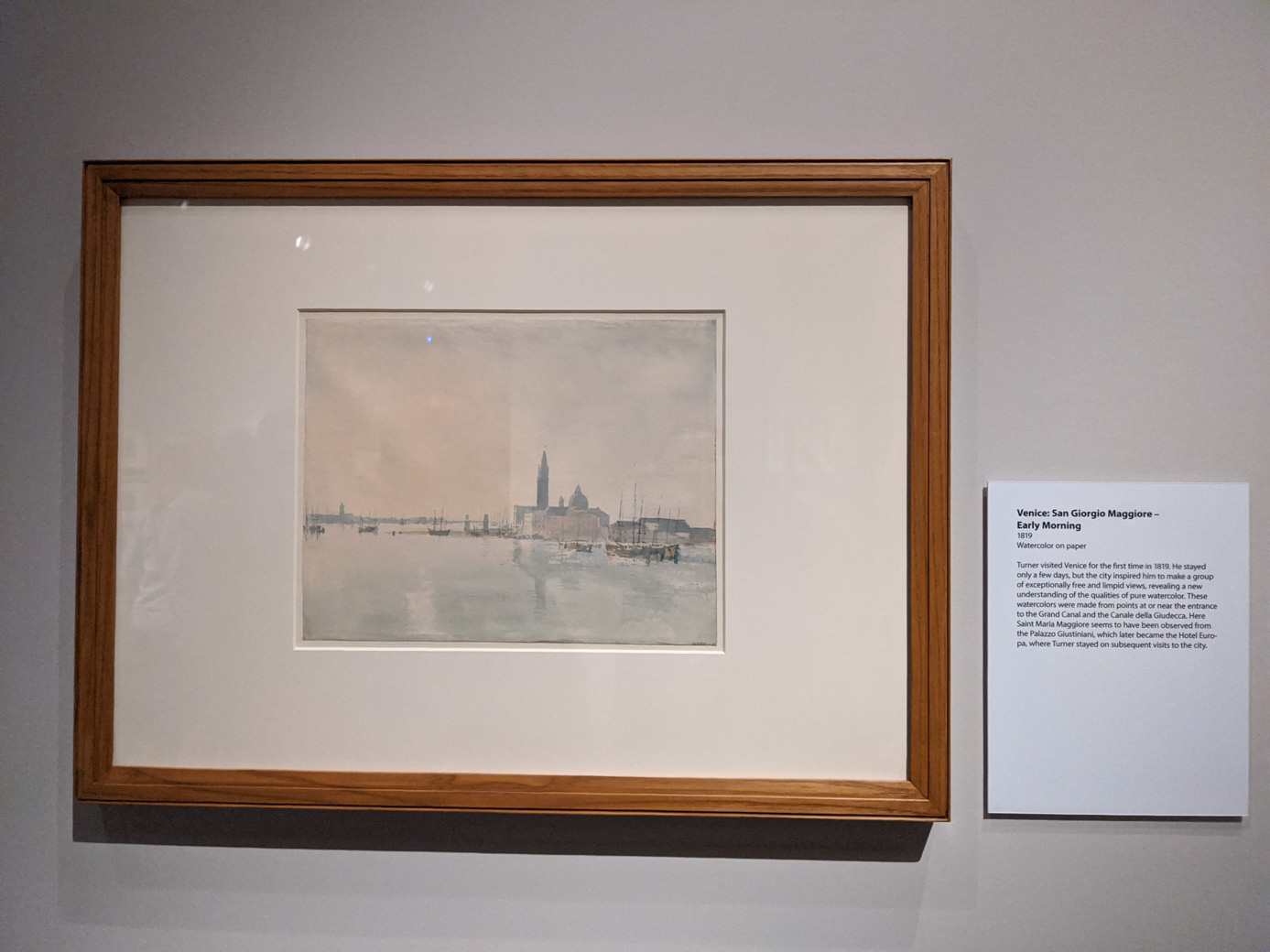 After touring the exhibit, we then ventured into the rest of the Mystic Seaport Museum. The maritime museum covers 19 acres along the mystic River, and includes a recreated New England coastal village, a working shipyard, and a small art gallery. Yes, it is a working shipyard. It specializes in the repair of wooden ships. Part of the recent work was restoring the Mayflower II, which is typically in Plymouth Massachusetts. They had finished the work at this point (it was there for 3 years, getting a major overhaul!). The Mayflower 2 is in the water, getting ready to sail back to Massachusetts. 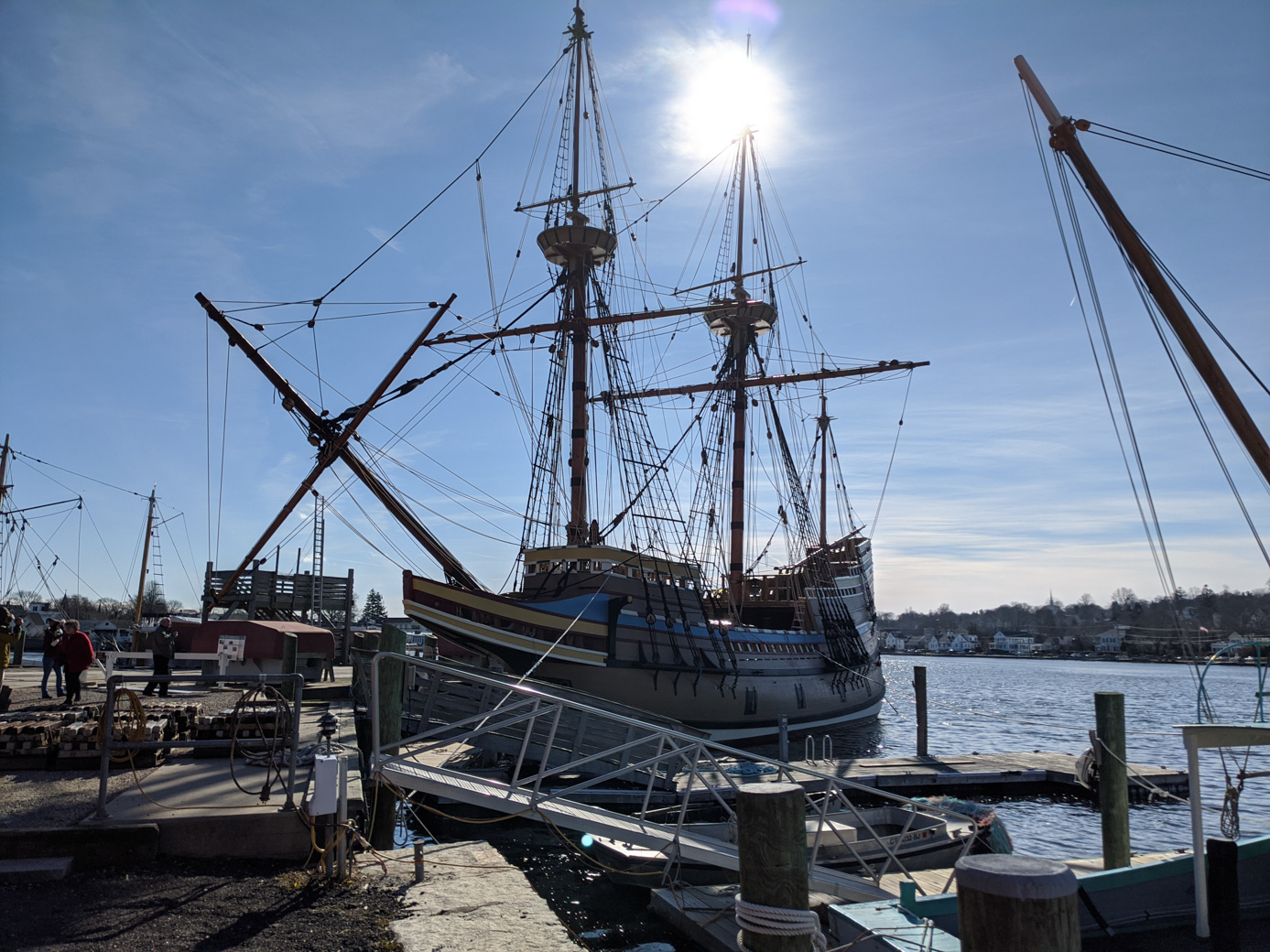 We've never seen so much rigging on the Mayflower before. For comparison, you can see some pictures Paul took of the last time it went to Plymouth on this page. 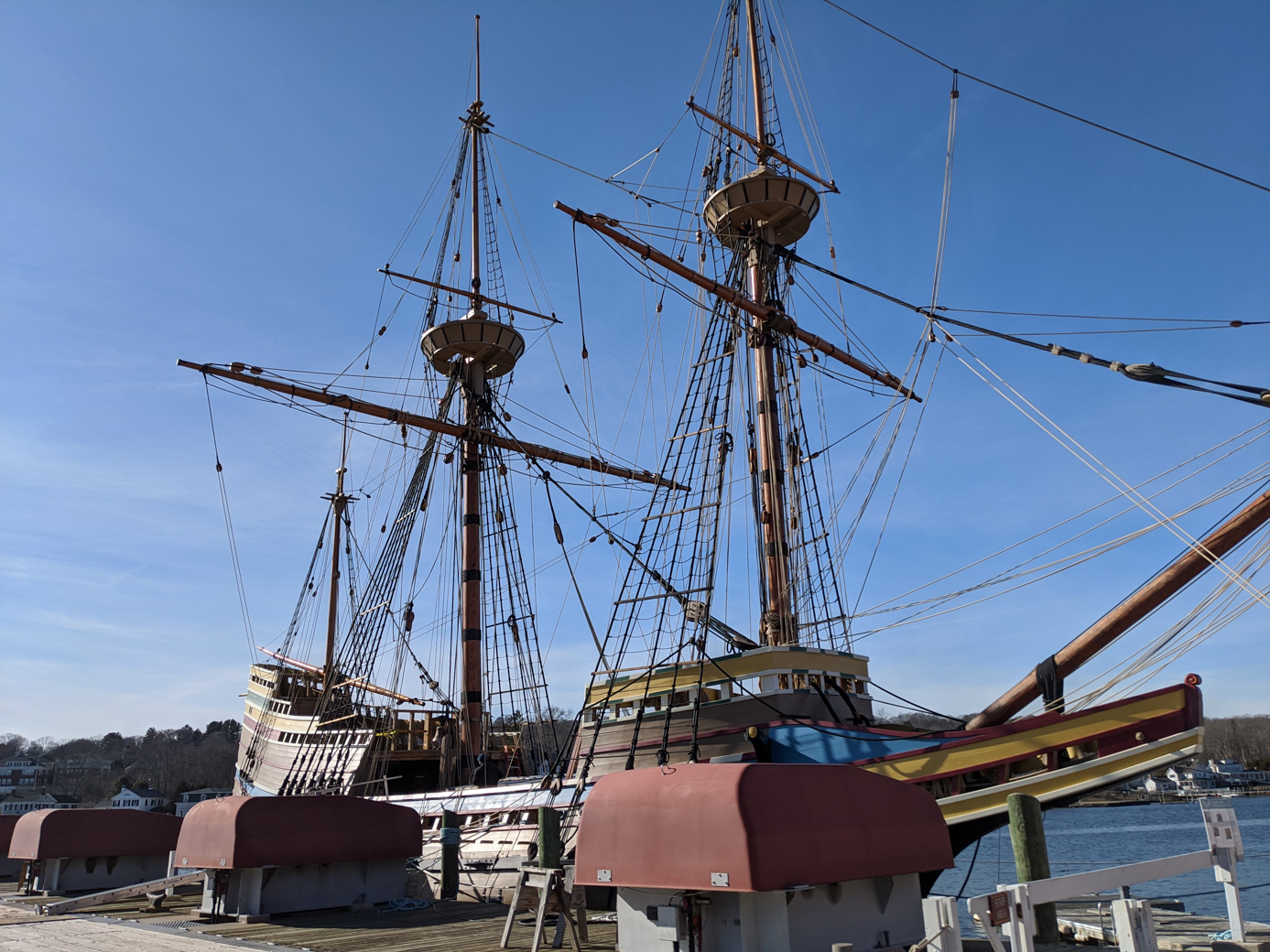 Although it was Saturday, one of the people working on the Mayflower came by to install a pulley. 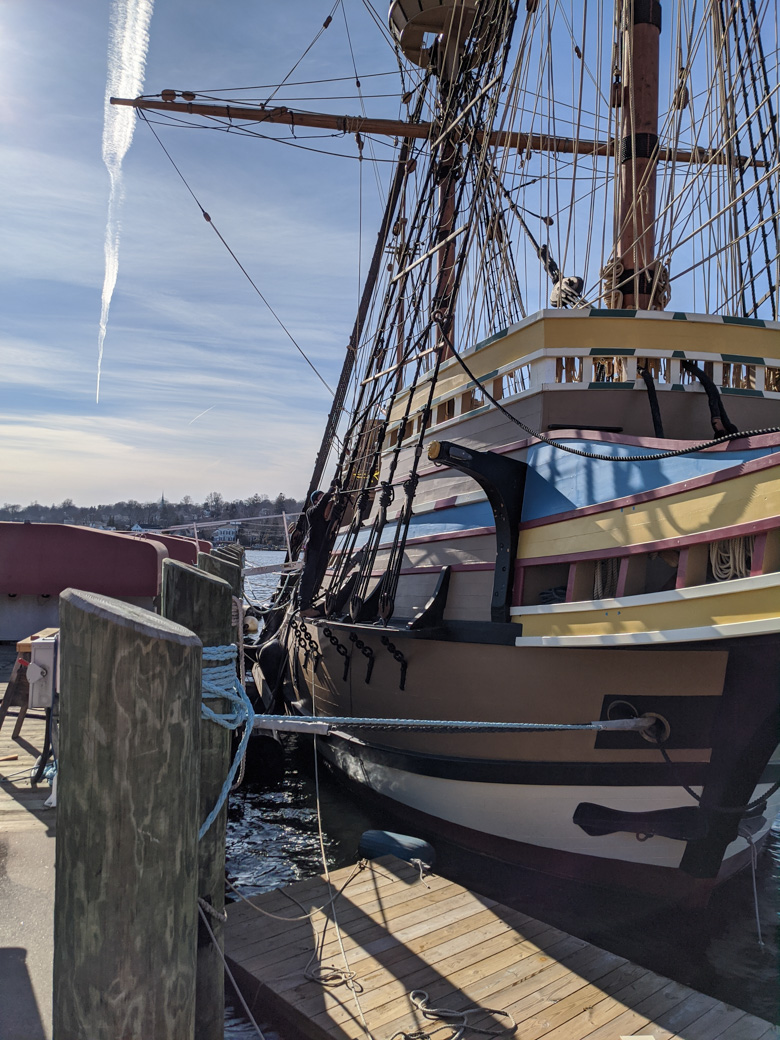 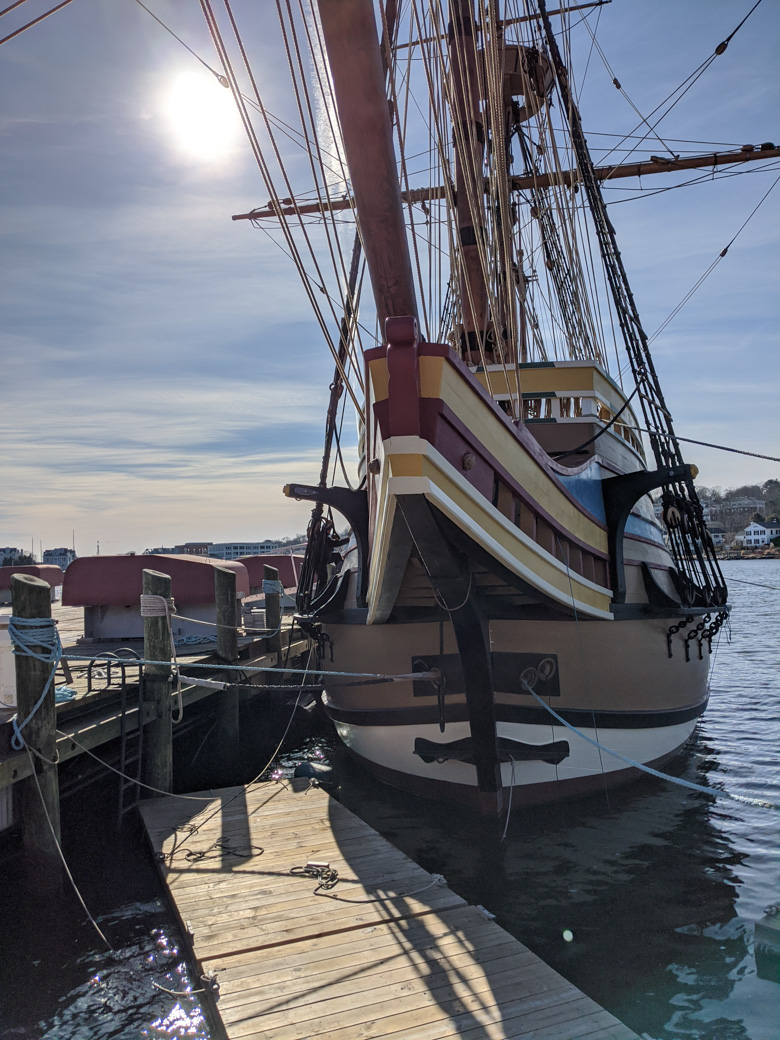 The Mayflower II was scheduled to start sailing back to Massachusetts in April. (update in August 2020: It left Mystic in July, and they are doing sea trials before finishing the journey to Plymouth.) 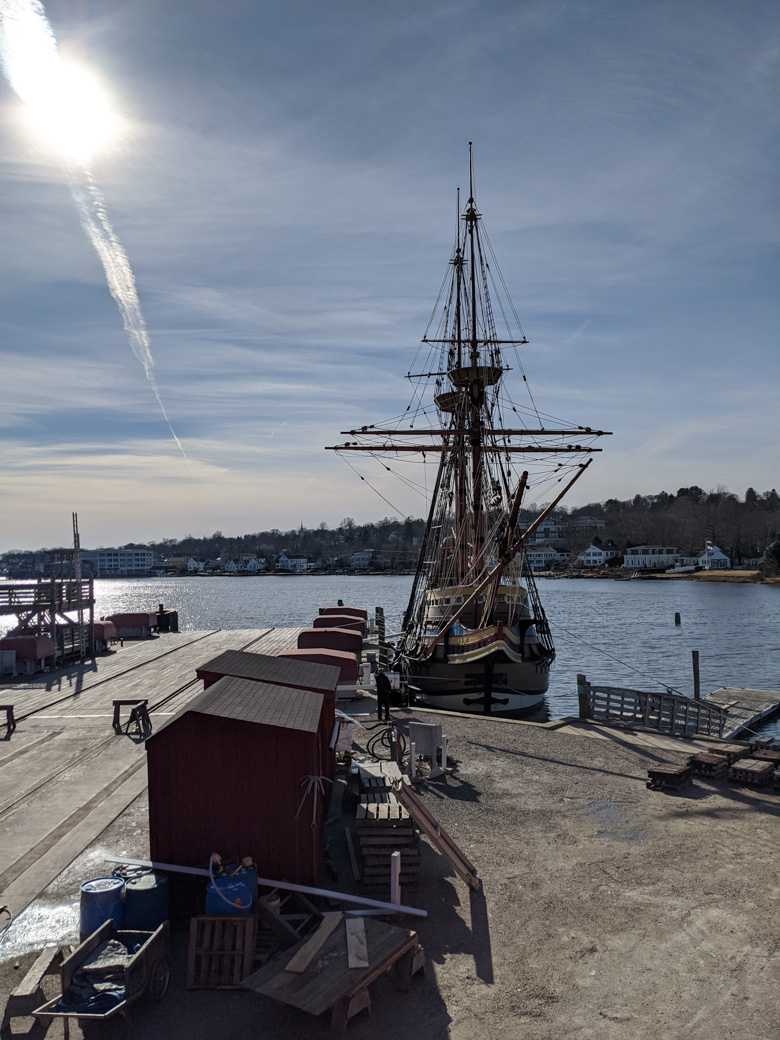 They had various displays on the process of restoring the Mayflower (and other wooden ships) back to sailing shape. 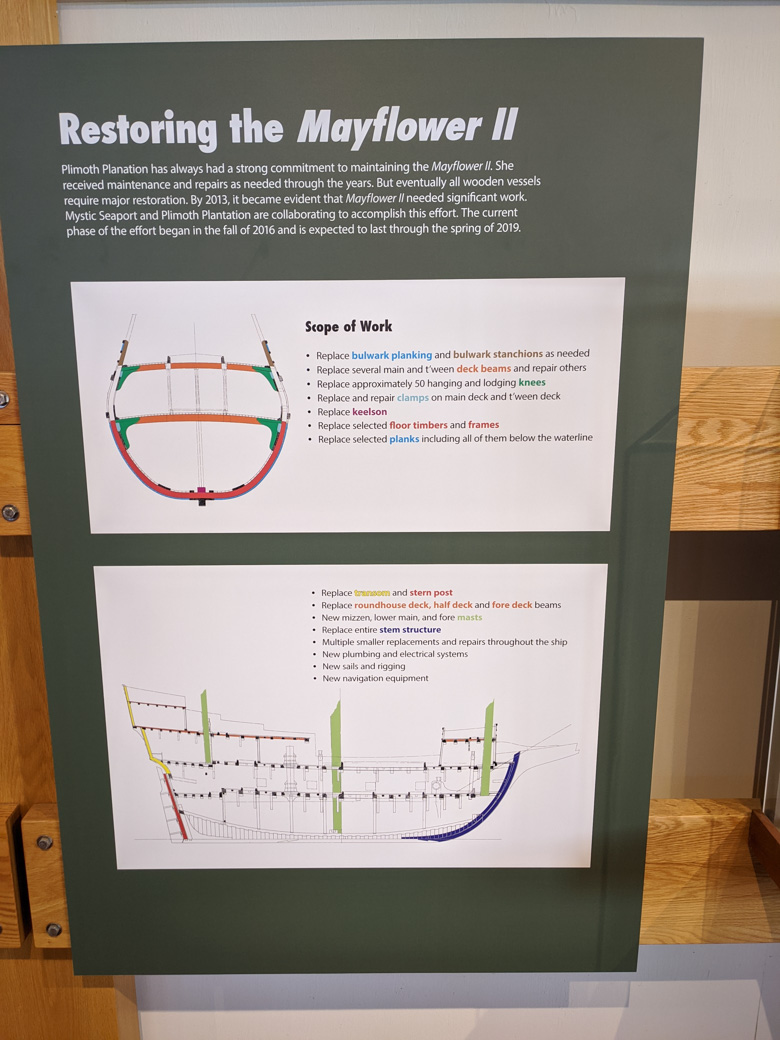 Newfies! The Newfoundland Club of New England was there today! We missed most of them, but we did get to see a few Newfies. They are so cute! Of course, Newfoundlands are traditionally water rescue dogs, so they fit right in at a maritime museum. 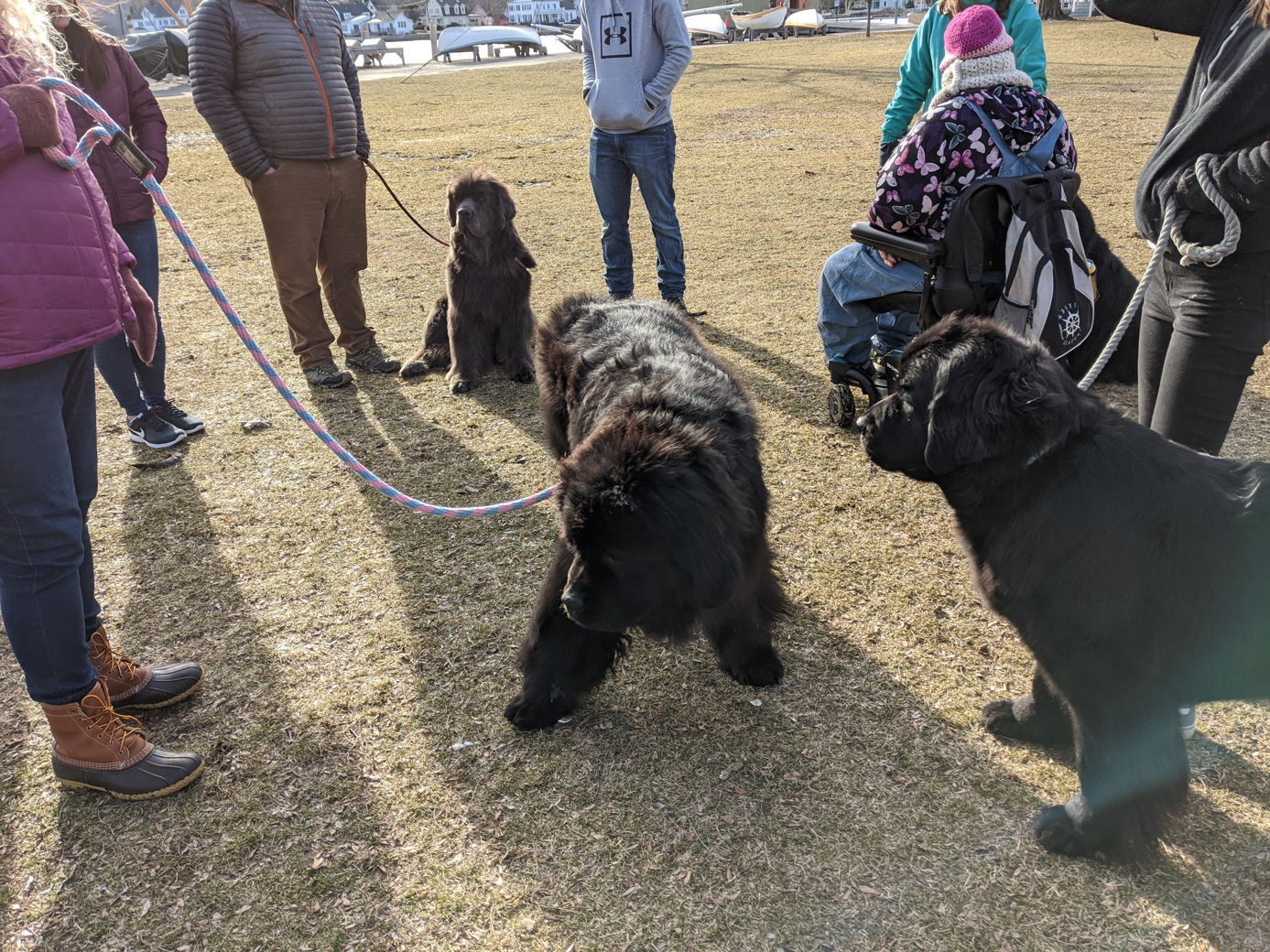 The Charles W. Morgan is a wooden whaling ship on display at the Mystic Seaport Museum. 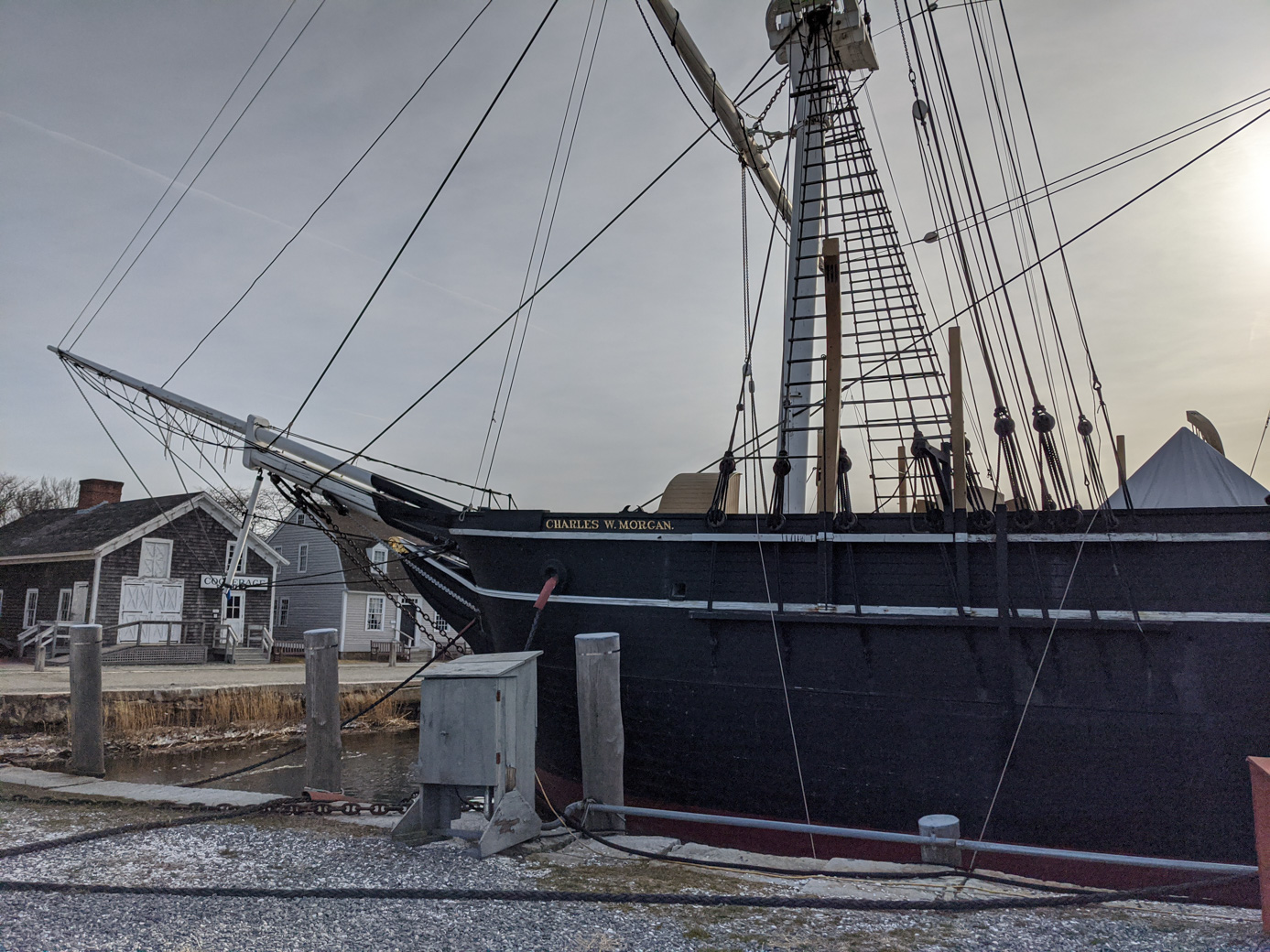 Almost everything is 'cozy' on these ships. Here are the cramped quarters for cooking. 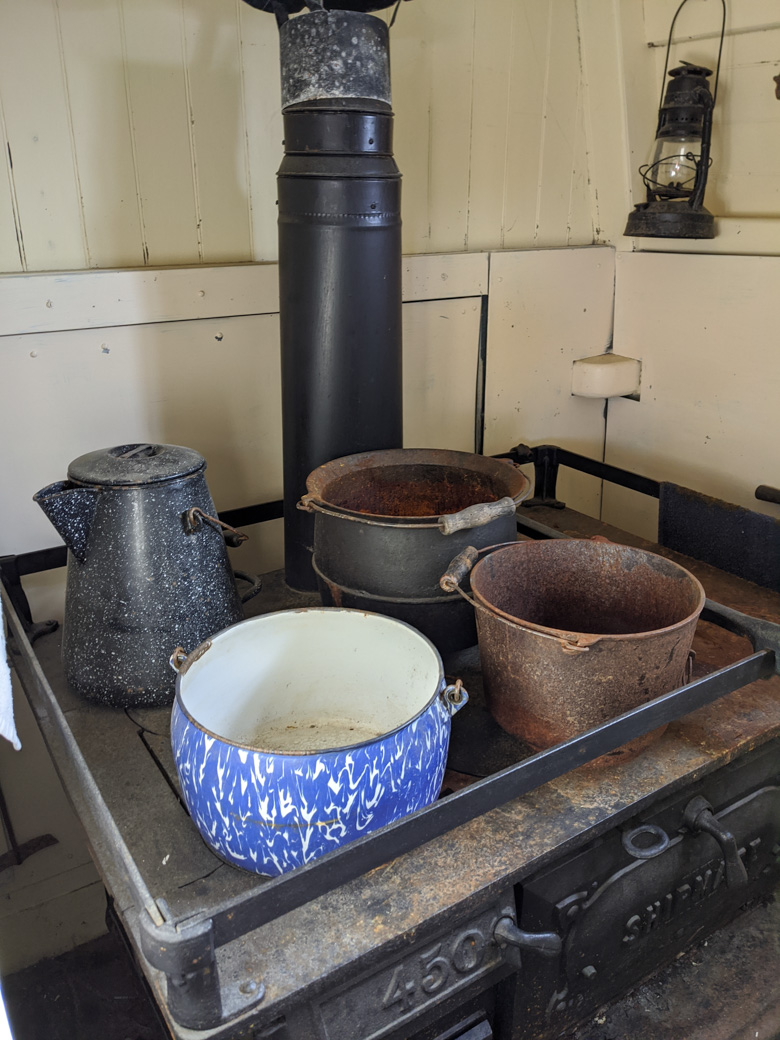 This next unassuming picture is of a prism embedded into the decking of the boat. This application of a prism was just invented while the ship was being built in 1841, so it was cutting-edge technology. 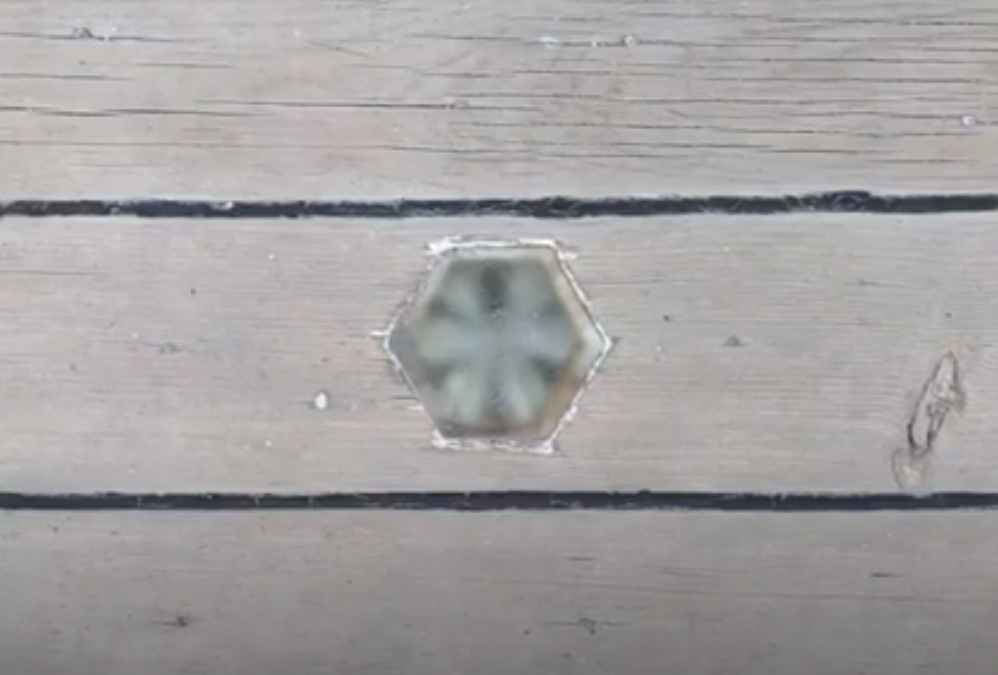 This is what a new version of the prism looks like (upside down), held by the museum worker who was on the ship. 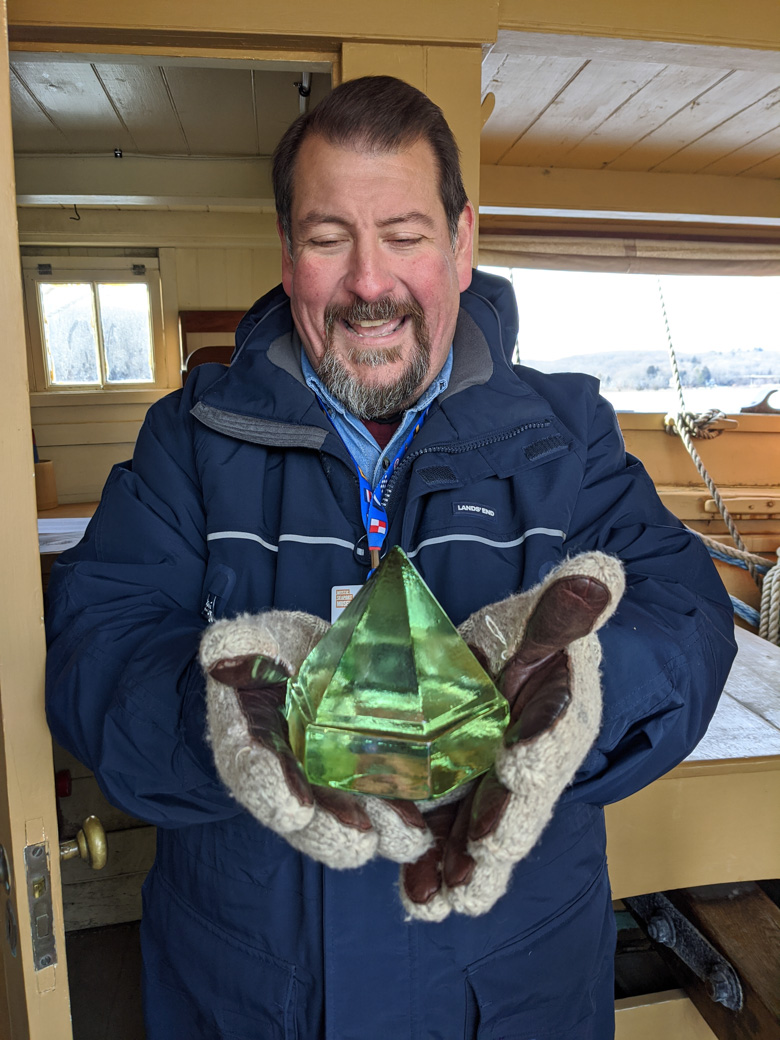 And here you see the prism protruding below deck. The ambient light outside goes through the prism and gets dispersed into the area below. It works remarkably well! Even with a cloudy day it gives a fair amount of light below deck. This reduced the need for lanterns, which of course were a fire hazard. You can learn more about the ship on the Museum's website. 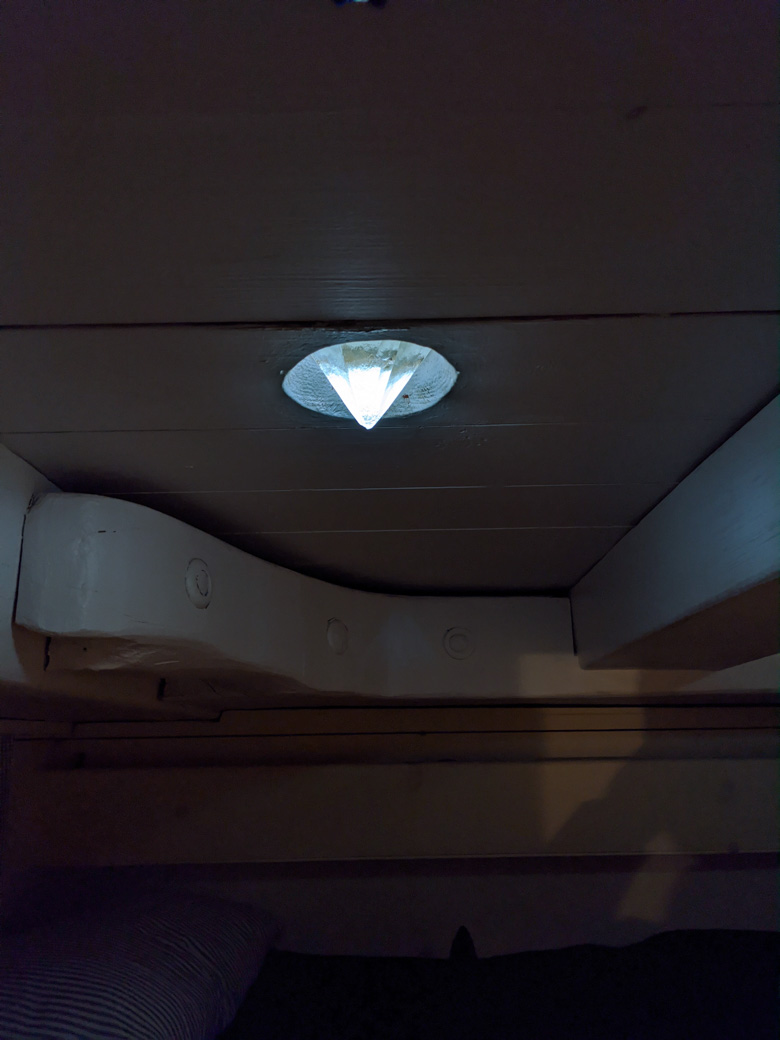 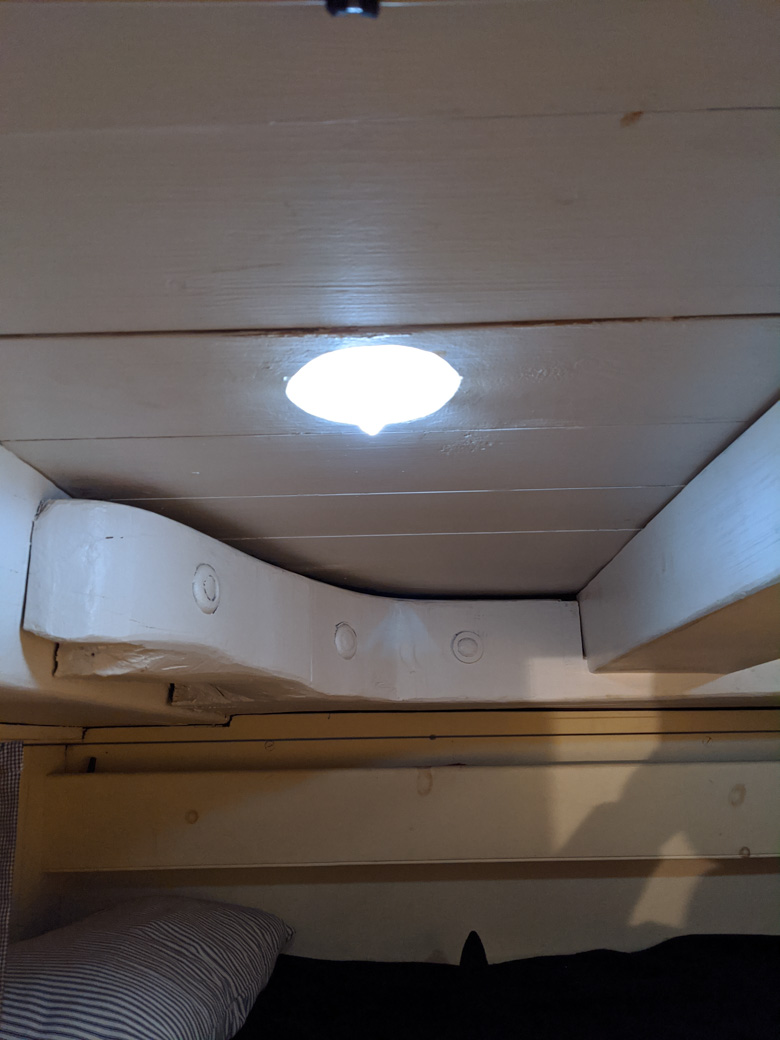 The bank vault in Mystic held boxes for various ship. This one was from the ship Acushnett, which is the ship on which Hermen Melville shipped out. The voyage inspired his tale "Moby Dick". 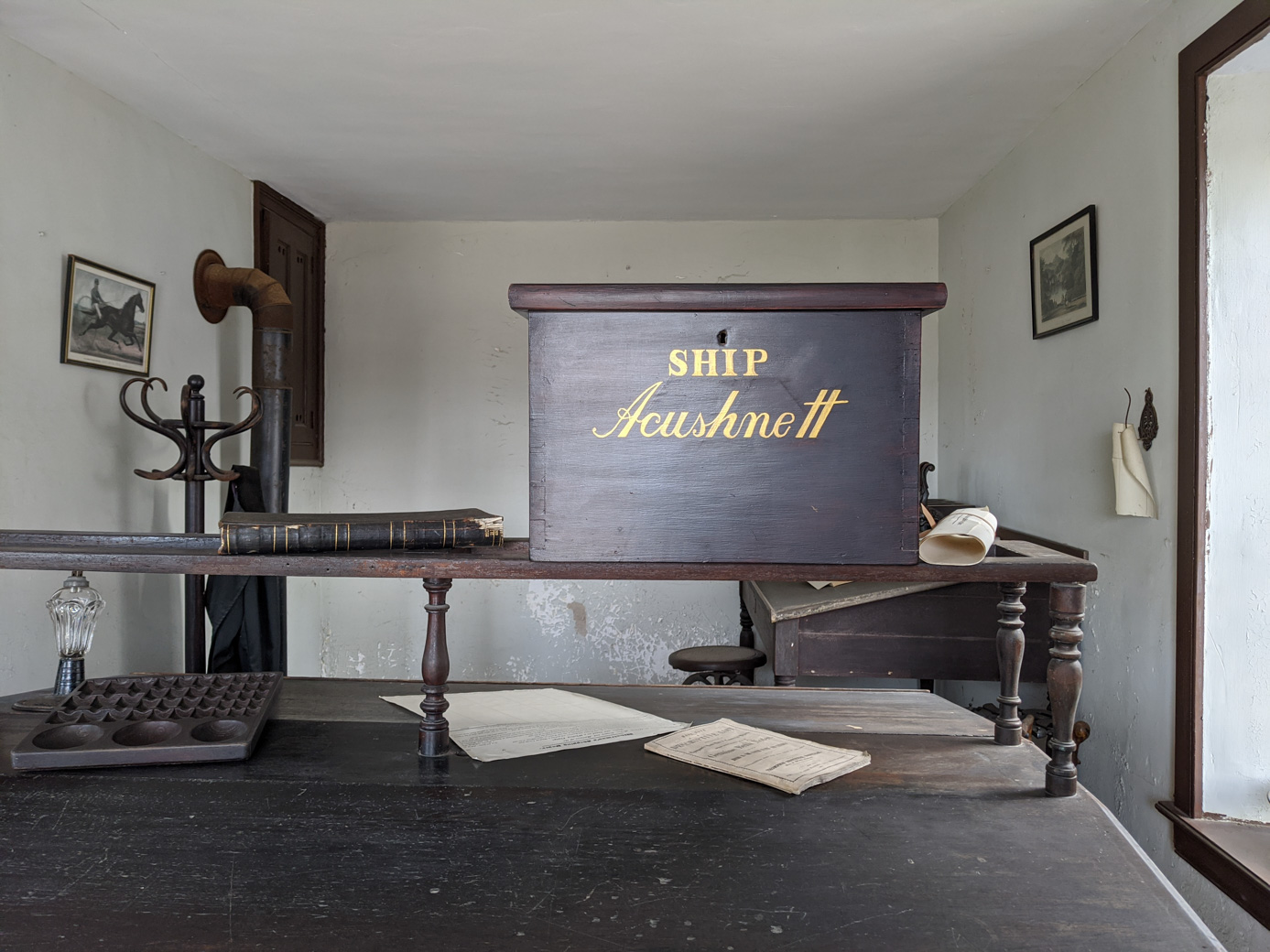 The cooper had a potato barrel on display. This barrel was used by potato pickers (for instance, up in Aroostook County) to determine how much a particular person picked. A number was given to each person, & put on the barrel when they had it filled. We were told that a women holds the record for picking the most potatoes in a day ... 100 barrels! 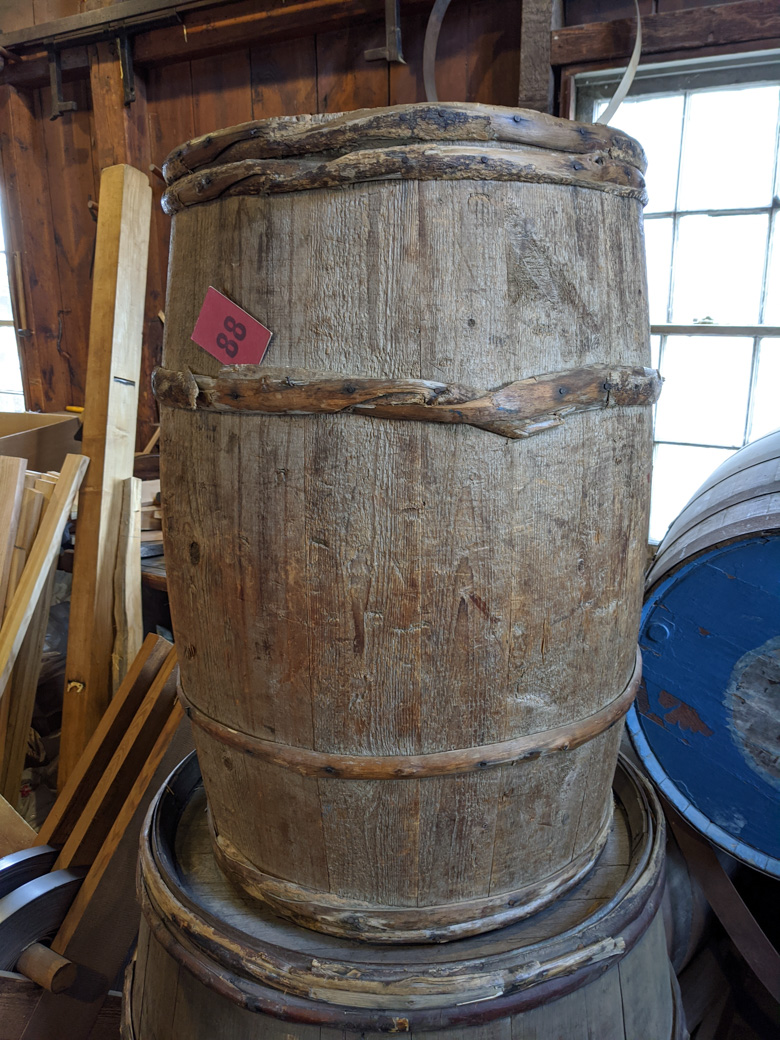 Looking down a barrel under construction. A small fire is started in the barrel, which would help soften the wood to allow them to be bent into place.

We had a great time at the Mystic Seaport Museum.