A Visit from Italy

Francesco, Paul's cousin-in-law, came over from Italy to Connecticut to visit Aunt Tina & Uncle Danny. Paul took him to New York City one day (July 7th), and we had him up at our house for the following weekend.

Francesco and Paul took the train in to NYC from the Bridgeport terminal. Their first goal was the Staten Island Ferry. This ferry leaves from Battery Park at the southern tip of Manhattan, and provides some excellent views.

This 1st picture shows Battery Park, as seen by the Ferry just leaving it's dock. New York City is on the right, and you can see New Jersey slightly further away on the left side of the picture, separated by the Hudson River. With the marvels of modern technology, these NYC pictures were taken with Paul's smartphone. I think they are very good for being taken by a phone! He had some concerns of the battery life, though, so he did not take as many as he otherwise would have done. 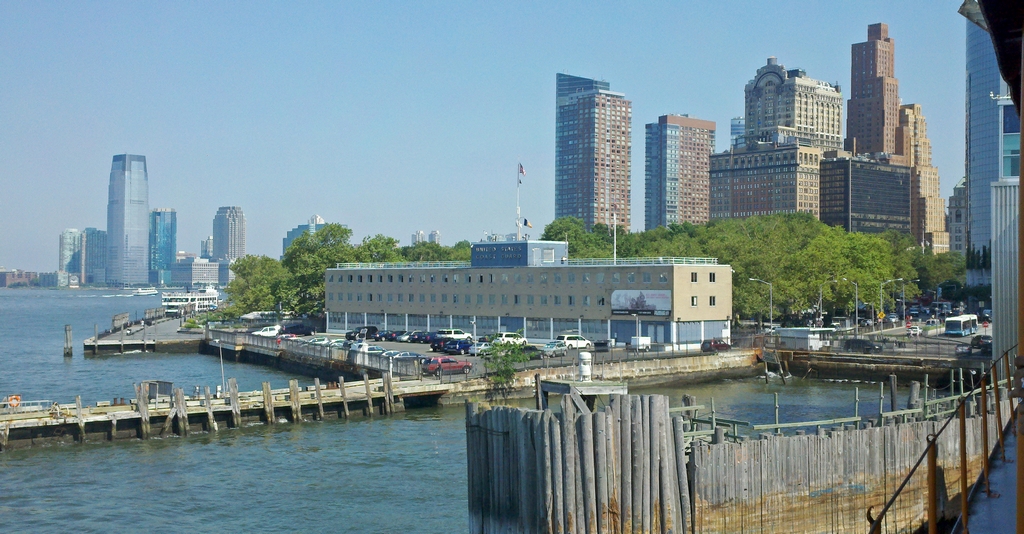 Looking back from the ferry, you can see the terminal. The very nice new terminal can be seen on the left, and what must be the older terminal is on the right.

The small boat you see following the ferry is an armed Coast Guard boat. This boat escorted the ferry to and from Staten Island. 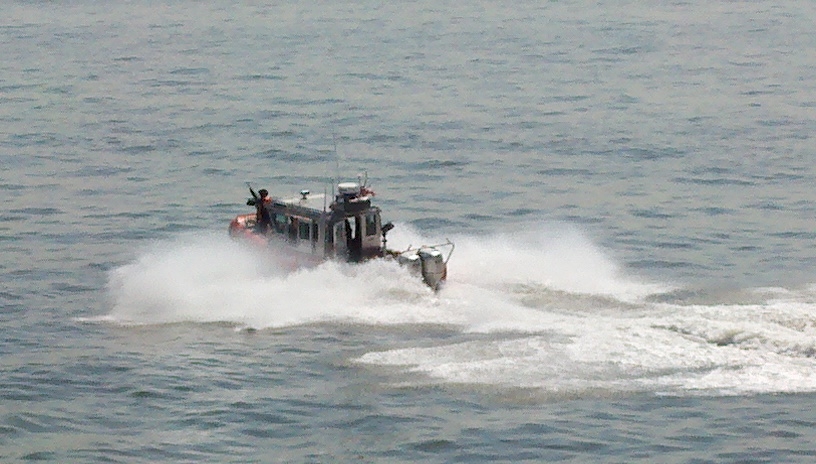 There are MANY bridges in this area. Looking Northeast, you can see the Brooklyn Bridge in front of the Manhattan Bridge. On the right, in the foreground, is Governor's Island, which looks like a place we should visit on some future trip. Behind that you can see Brooklyn. On the left is Manhattan 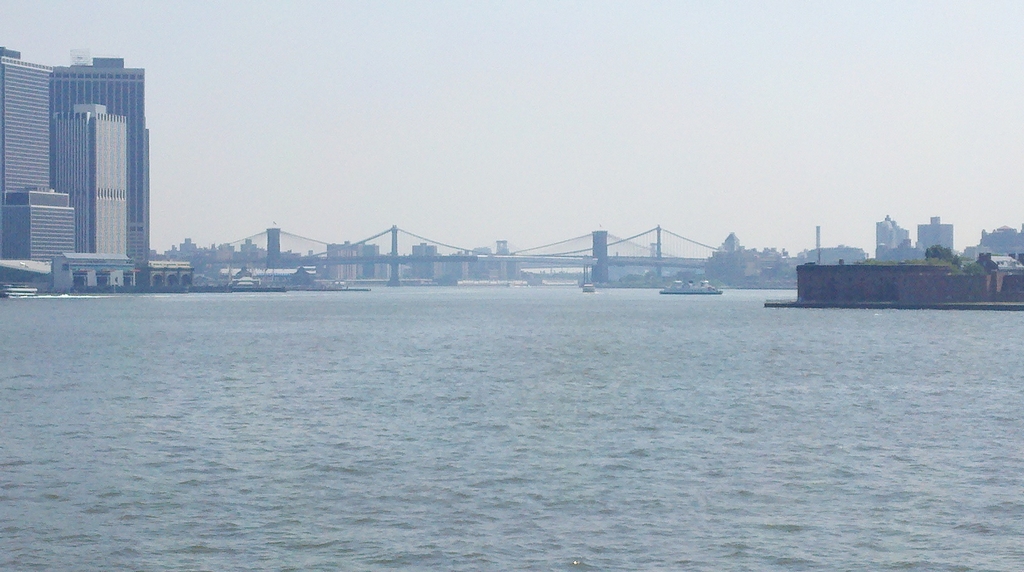 The ferry provides a good view of the Statue of Liberty. 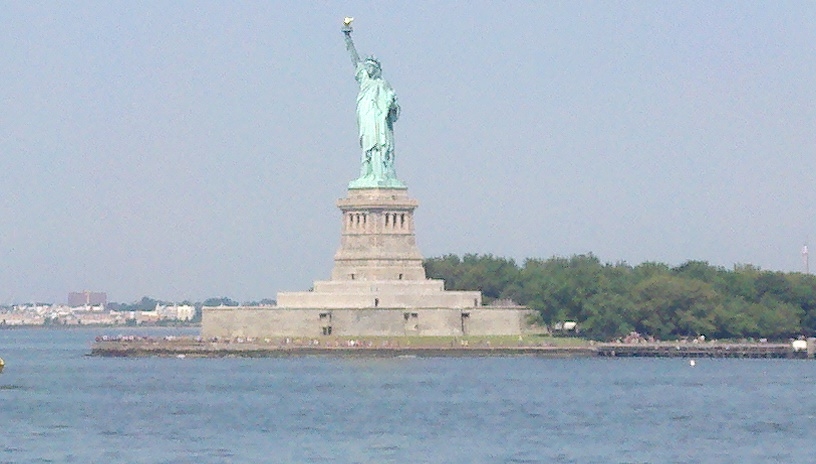 The ferry itself is very large. Paul took this picture looking back at Manhattan, and the second ferry is on the right side of the picture. You can also see the Freedom Tower; I will point it out again in a subsequent picture.

There were many commercial barges in the water, waiting for tug boats or for their next load to be ready. This picture looks South, and the bridge is the Verrazano-Narrows Bridge, which is the longest span bridge in the Americas. This bridge connects Staten Island (on the right) to Brooklyn (on the left). 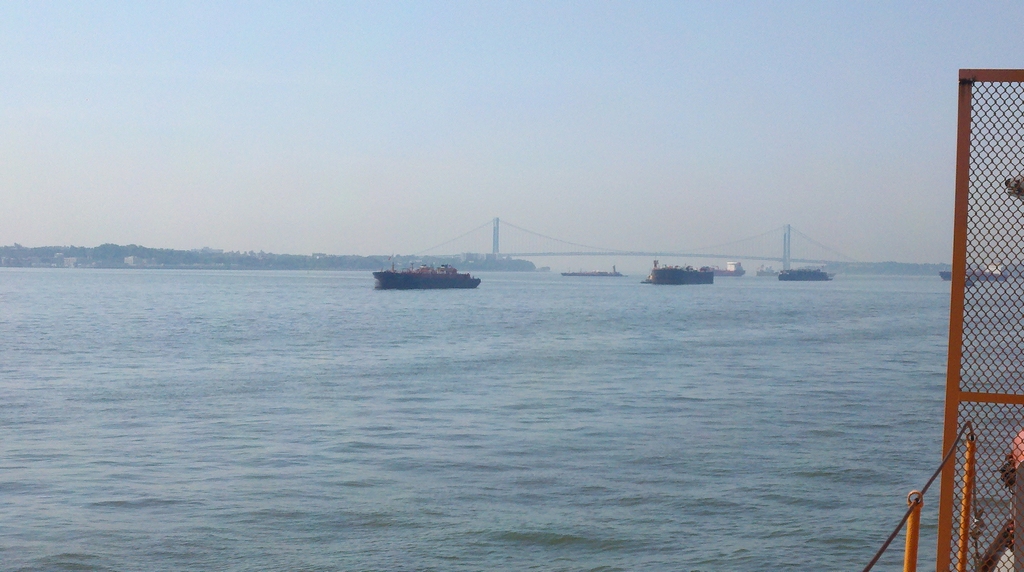 On the return journey, Paul got a good shot looking at Manhattan. In the front is Battery Park. Behind that, on the left, is a tall building with a crane at the top. That is The Freedom Tower. You can also see another building just to the right of the Tower; we are guessing that is another building within the memorial complex. On the far right you can again see the ferry station, with the glass terminal behind it. 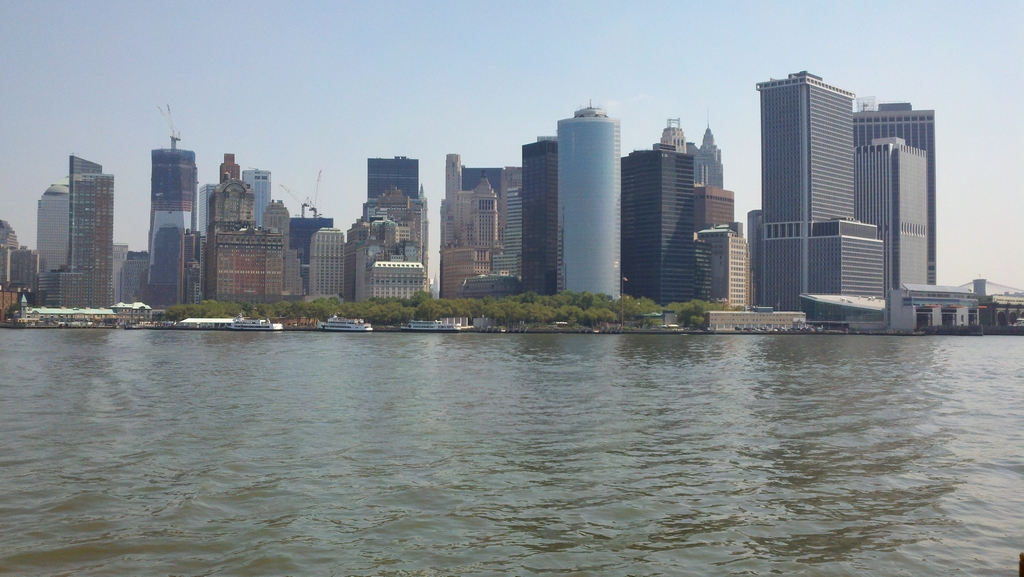 After their ferry ride, Paul and Francesco went to Greenwich Village. This is a pretty section of the city, now residential, once an artist's haven. A famous pastry shop there is Magnolia. They bought some caramel pecan cheesecake, and ate in a little park across the street. Francesco thought the cheesecake was "tropo dolce" (too sweet). 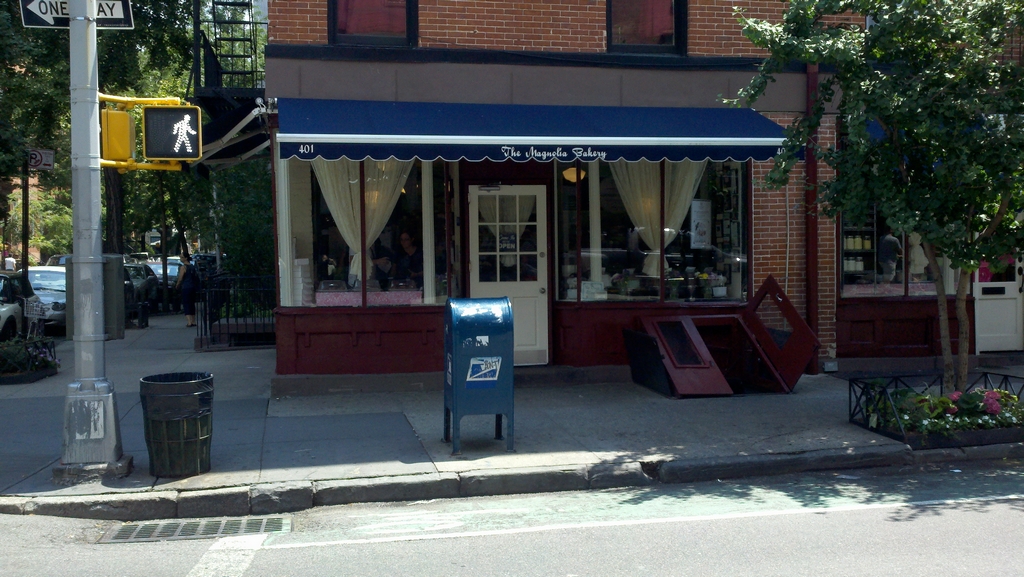 Of course, they had to go through Times Square. Francesco thought it was 'incredible'. It is certainly in-your-face commercialism. Paul told Anne afterwards that the Disney Store was a big success in the start of turning around this area, which for a while was a bit seedy. 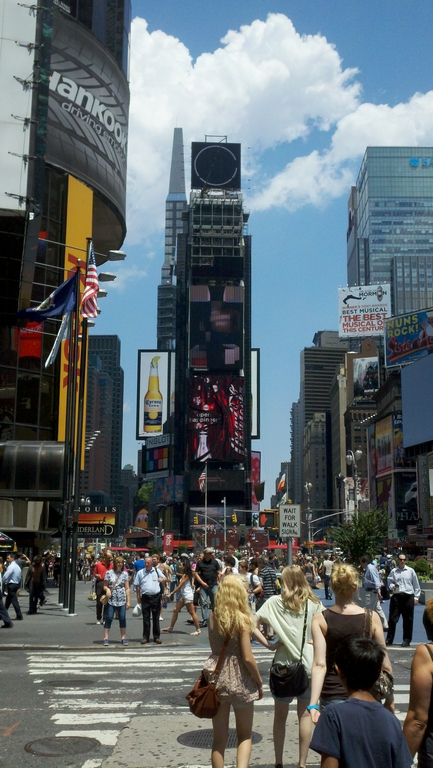 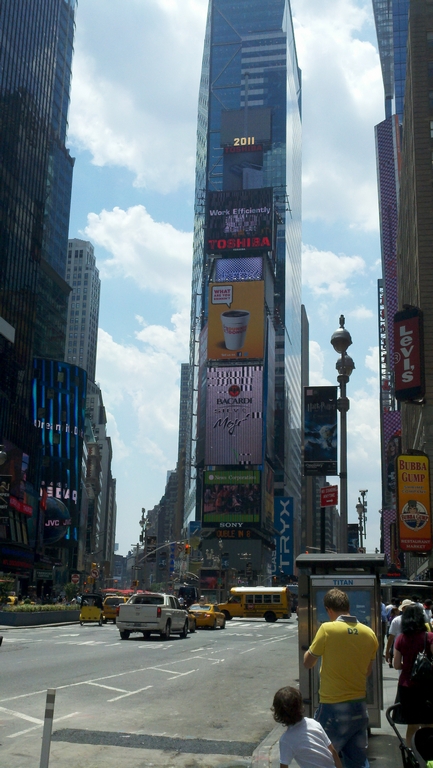 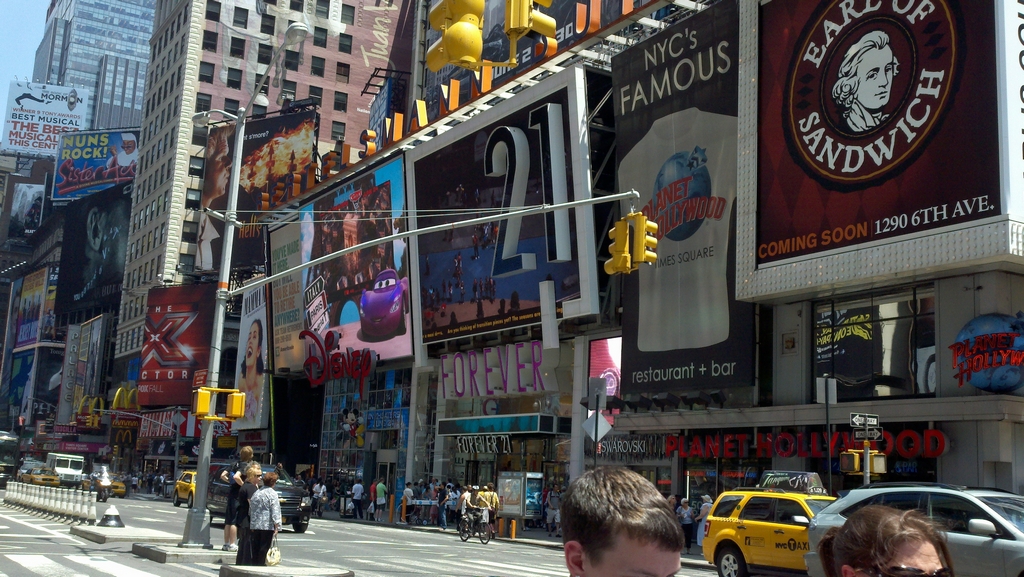 After this they had a late lunch at Grand Central Station. Diane and Frank were kind enough to join Paul and Francesco on a visit to the Metropolitan Museum of Art. Francesco particularly enjoyed the modern art collection there.

next page of trip report